Apple isn’t the only brand with an all-screen smartwatch, as Oppo enters the field with something similar, but not the same. Is the Oppo Watch a worthy competitor?

It’s not just Apple with a smart watch, though it can sometimes seem like that. Other phone makers have them as well, and some of them are from brands you might not expect.

While Samsung and Huawei have both been in the smartwatch game for some time, both with their own operating systems, Alcatel and TCL both have watches of a variety, and LG was there some time ago with Google’s smartwatch operating system, Wear OS, as did Motorola.

This year, however, Oppo joined the game, and even managed to bring Wear OS on-board, potentially giving it a smartwatch with a more mature operating system than the brands that have opted for their own take on how a smartwatch should run. Is it exactly what the Oppo Watch needs to be a strong competitor, or can Oppo still do more? 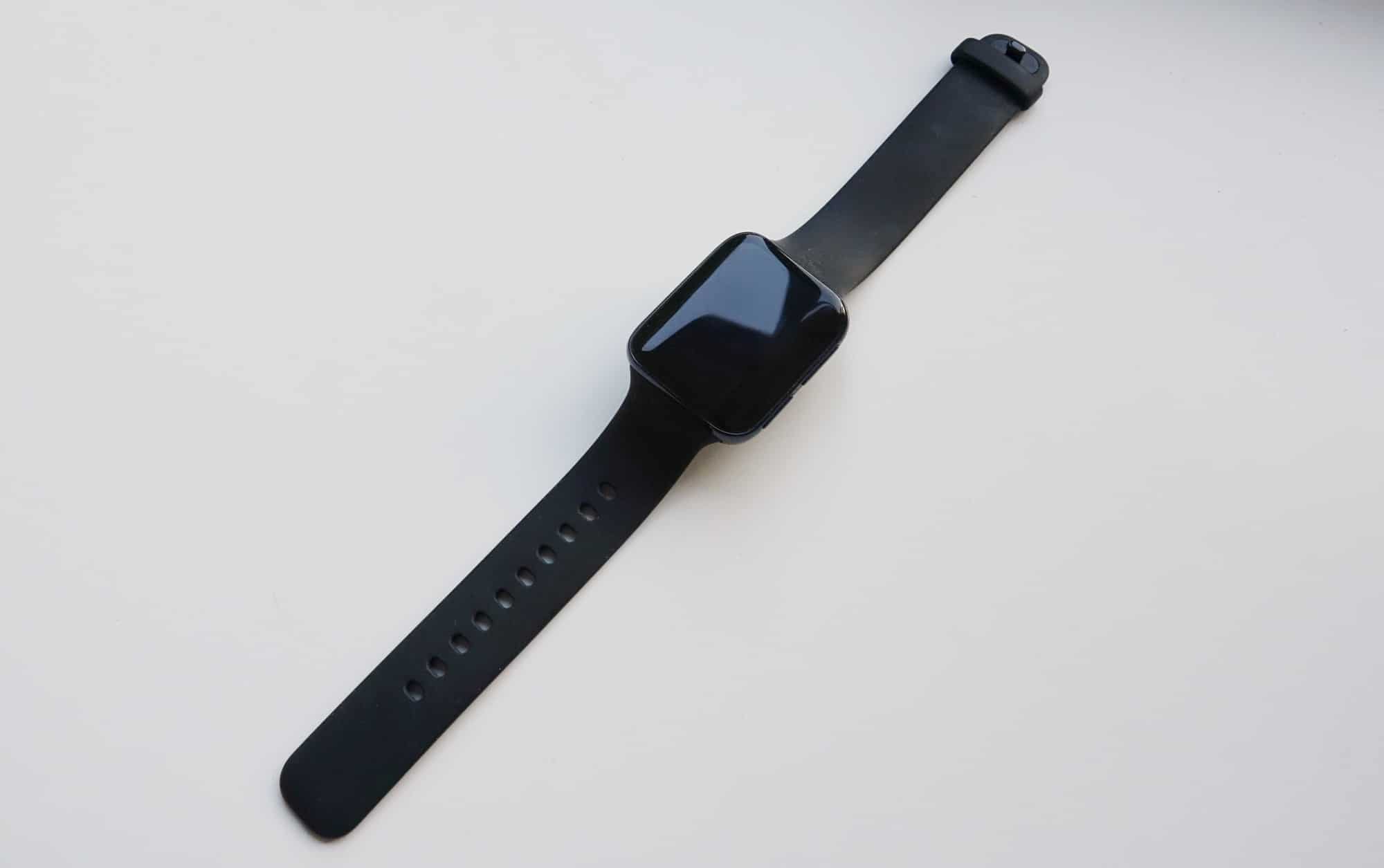 So let’s check out this Oppo Watch, because we’ve heard about it, but it’s time to actual strap it on, and since it arrives with one black strap, that’s exactly what we’ll do.

From the first glance, it’s not hard to see Oppo’s inspiration: the Oppo Watch is a dead ringer for the Apple Watch, complete with an almost identical soften square “squircle” design, though replacing the Digital Crown for two buttons, so it’s more of a seamless shape.

The 46mm Oppo Watch features a 1.91 inch curved AMOLED screen on top sporting a resolution of 402×476 — not quite square — and then at the bottom a heart rate monitor with a Qualcomm Snapdragon Wear 3100 chip inside, alongside 1GB RAM and 8GB storage, in case you want to throw some music inside. There’s also GPS, Bluetooth, WiFi, and NFC for Google Pay, and it’s brought together with an aluminium frame and ceramic bottom, plus that glass top. The whole thing weighs around 39 grams without the straps, making it positively wrist friendly, and water resistant, too.

All up, it’s basically an Android-friendly equivalent of an Apple Watch, but one handled by Oppo, complete with a 430mAh battery inside, too.

Oppo has also tried to make the watch straps a little interesting, supporting a quick change notch system for its bands, meaning if you can find a new strap, you should be able to slide it in and out quickly, rather than fiddle with standard watch strap pins. Controlling the Oppo Watch shouldn’t be hard, with pretty much the touchscreen the way to go, though there are two buttons on the side, the top for going home, and the bottom for pressing features, basically acting as a multifunction button of sorts.

We suspect the touchscreen will be the way you go for everything, and that will hardly come as no surprise, because that’s what the Oppo Watch has been designed for. Press the home button on the side to bring it to the menu, wake it up, and select an option, and it will mostly whir to life quickly, with swipes getting you around the interface, as well. 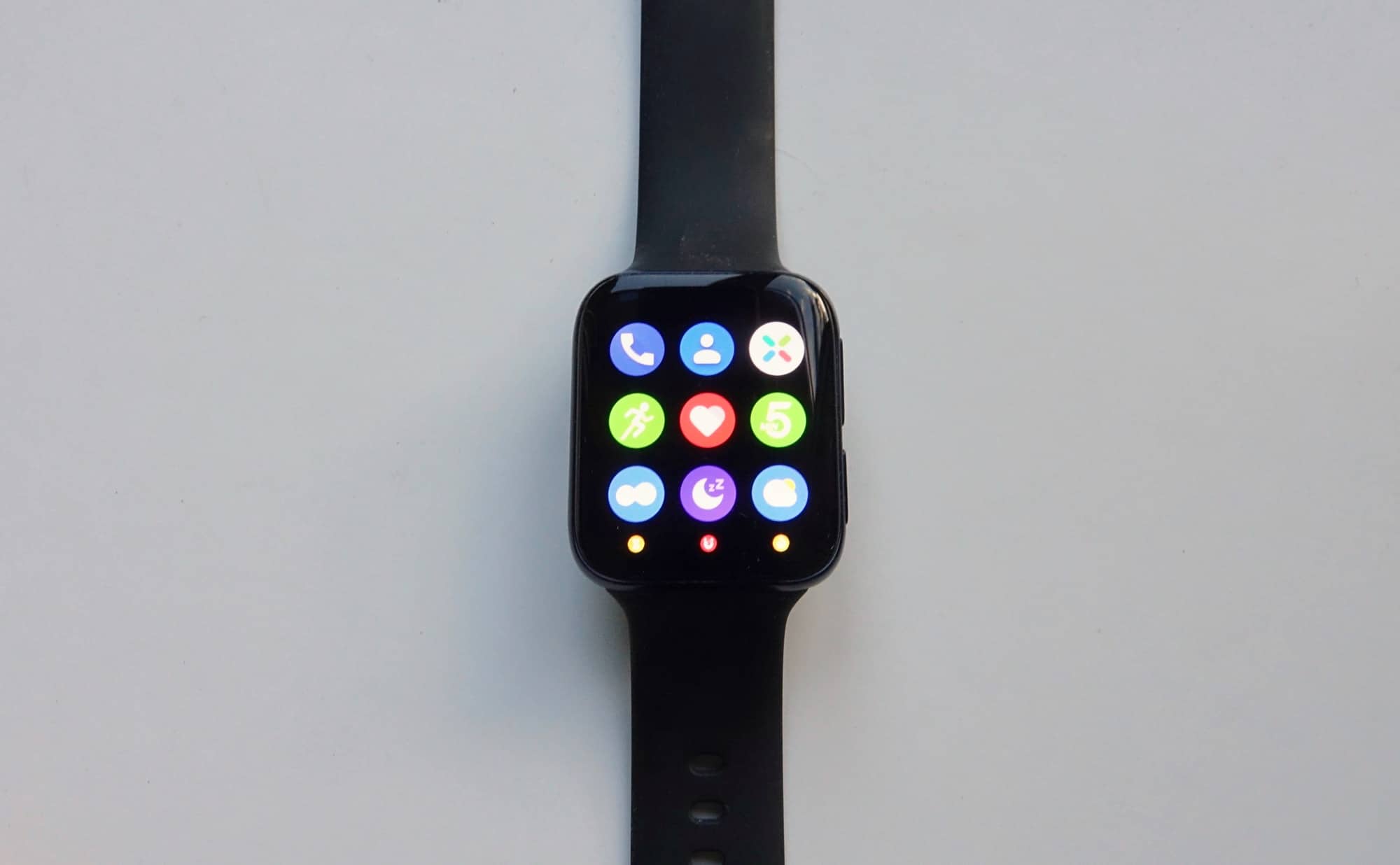 Oppo’s use of Google Wear OS means there’s a fairly mature operating system to work with, supporting apps available on the Google Play Store, and some of the watch faces as well. Granted, that’s not as popular or thriving as it once was, not like in the heyday of Android for watches, but it still has a reasonable assortment of apps, and more than the sheer nothingness on offer from watches with custom operating systems, like that of Huawei, which kind of leave you with what you have.

Not everything will be made to work with it, but you should find more than the few watch faces on offer, with fitness apps, sleep tracking, a breathing guide, the calendar, a voice recorder, and even the Google Play Store from the watch, albeit a limited version. 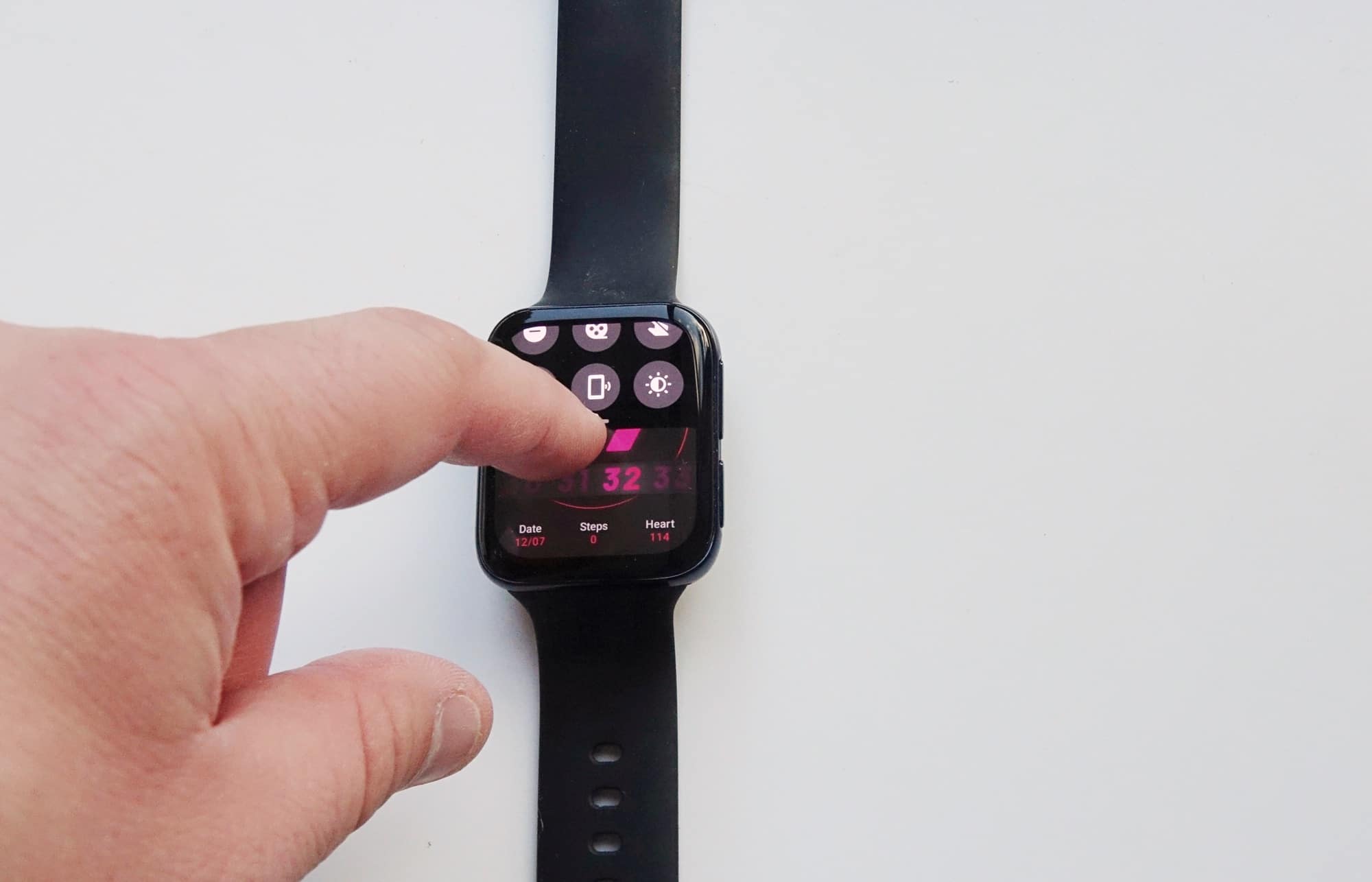 Most of the time the performance is pretty solid, with little to no worries as you swipe across the menus and load various aspects of the Oppo Watch, however it can feel like it hits a nerve when you use mobile payment.

When Google Pay kicks in and you wave your wrist over a payment terminal, we found the Oppo Watch slows right down, and barely loads. It seems to be a bit of an aberrant error, but one that happened more than once, and told us that as good as the Oppo Watch’s experience could be, paying for things was an area that managed to let you down just a bit. Stick to using your phone if you can.

With mostly acceptable performance, you might be wondering if the battery fares just as well. Unfortunately, the answer isn’t a resounding “yes” here, with no much more than a day and a bit delivered from the Oppo Watch.

Being fair, full few colour smartwatches handle a battery test admirably, and those that do typically make sacrifices. In the Oppo Watch, we’re not quite sure what is pushing it to make that sacrifice, but it certainly has something, and so you’ll likely need to charge the Oppo Watch nightly, much like you do with the Apple Watch.

They’re totally different devices, mind you, and certainly a day and a half isn’t the benchmark for Android-compatible watches, with Samsung easily beating Oppo in battery life here. 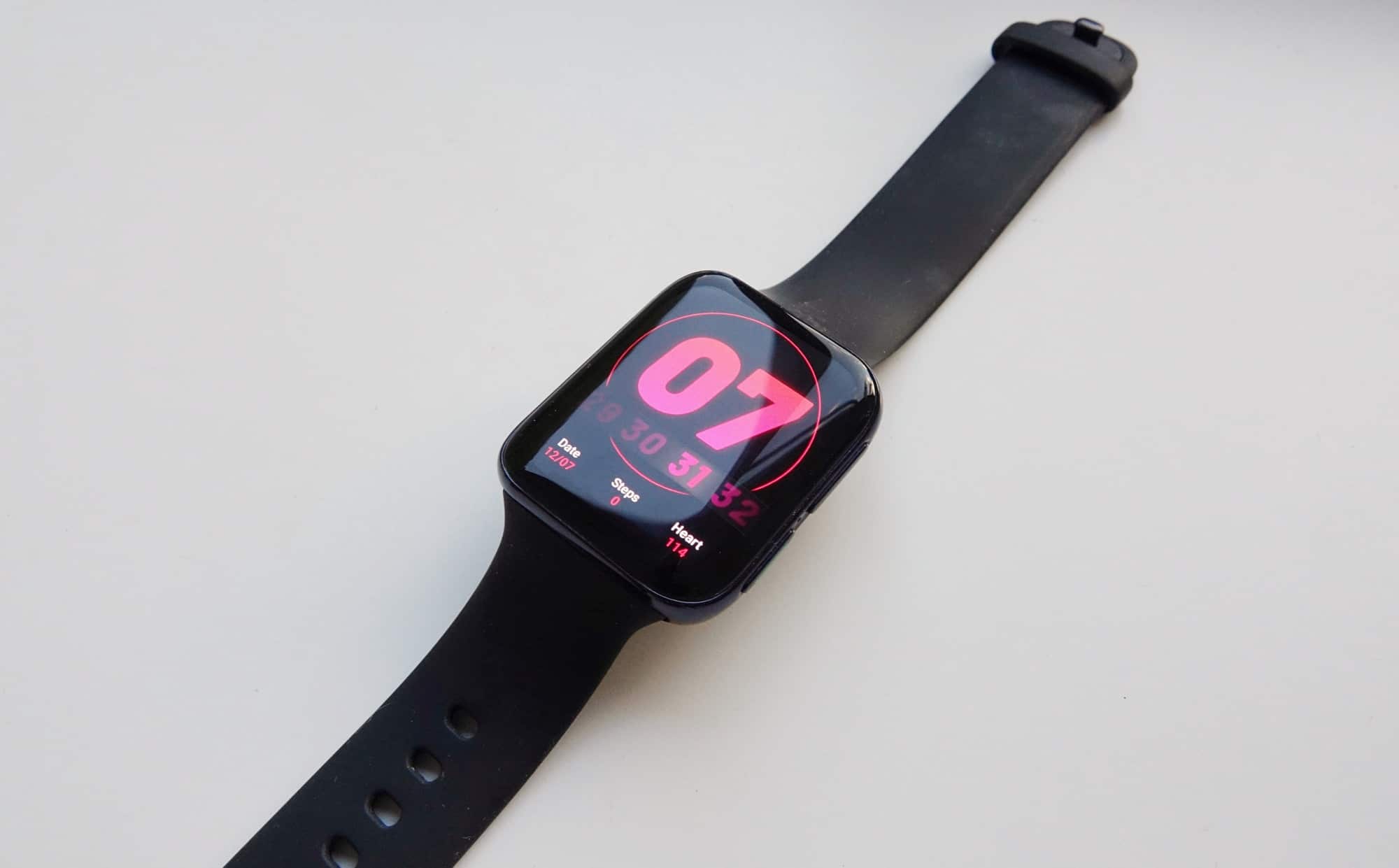 It’s a similar situation on price, which at $549 for the 46mm model that we reviewed, we’re basically seeing Oppo price its watch where its major competitors do, namely Apple and Samsung.

That doesn’t mean its value is bad, but it doesn’t feel quite as compelling as what either Apple or Samsung get you.

Samsung’s is similar in this way: while Tizen isn’t the operating system of choice for everyone, it’s fairly mature several years in, and has been designed to work well with Samsung’s assortment of designs, some of which like the Galaxy Watch 3 include rotational controllers, while others like the Galaxy Active models are made with just a touchscreen. And in Samsung’s smartwatch experience, the battery is severely better.

Oppo’s, however, can feel a little like Huawei’s: a great start, but lacking in polish and refinement.

Going with Google’s Wear OS has helped it get past a stumbling block of the operating system, but there are other issues, because however interesting Oppo’s first watch in Australia is, it still comes with some notable issues beyond obvious one of battery life.

One is speed, because while it’s efficient enough most of the time, the system can feel like it’s chugging along, and not altogether well. While the menu is fast, the apps aren’t always as fast, nor will all of the connections fire quickly. That was especially noted in Google Pay, which isn’t in an always ready position like the Apple Watch, and instead forces you to jump into the app, and then needs to be held at the payment terminal for quite a few seconds. It’s not just one or two, but longer, so don’t move your wrist or the payment won’t work.

Australians also miss out on an LTE variant, with the $550 Oppo Watch in Australia offering a WiFi experience, but none of the 4G connectivity an overseas variant sees.

There’s also the matter of watch faces, because much like Apple’s first-gen smartwatch, there just aren’t enough. It’s one of those things watch makers often think about last, and which Google’s Wear OS can help with by letting customers find apps and developers make their own, but we’d still appreciate a greater selection than the 13 Oppo has left in the first-gen Oppo Watch, at least one of which is from Google.

Alongside the tiny number of watch faces, we’d also love more customisation, which just really offered in a big way. It means that if you’re not happy with the colour or complications and apps the Oppo watch faces offer, it might be a case of “well, here’s a couple of other colours, and that’s it”.

The same is true with bands, because good luck finding anything more than the black Oppo is offering.

Even though Oppo has build an interchangeable system not unlike the Apple Watch — which offers numerous band styles that you can easily find — Oppo’s watch bands locally come down to the options the company thinks will sell. 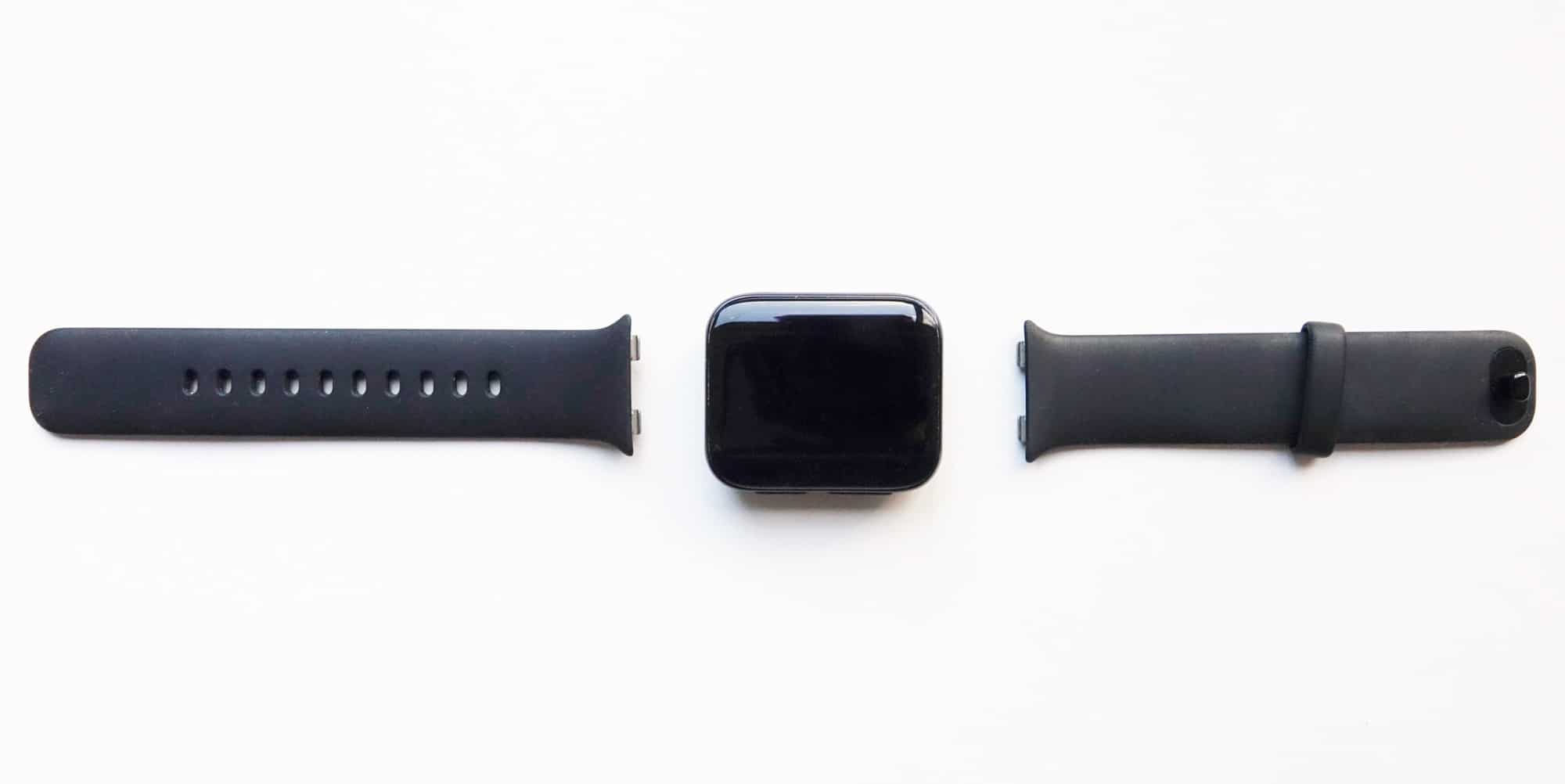 Oppo’s Managing Director Michael Tran told Pickr at a recent interview that it has bands, but most of the variety is found in China.

“In the China market, we have multiple colours,” he said, pointing out that it comes in leather. “In Australia, it’s a new category for us,” he said, adding that “we’ve just gone down the route of the colours we think we’ll sell the best.”

That means finding a band beyond the black silicone it comes with may not be as easy a thing as you expect, though we suspect the online marketplaces of amazon and Alibaba will be obvious choices to band up with something marginally more attractive than black plastic.

As far as first efforts go, Oppo hasn’t done a bad job with the Oppo Watch, delivering a premium-looking experience for the Android customer that yearns for what Apple delivers on the iPhone.

But it’s not there yet, and clearly feels like a first-gen product. It’s a start, and that’s a good thing. Now it just needs some refinements and it’ll be a true smartwatch competitor. We think maybe in the second gen, Oppo will nail it.

For now, we’d wait for the price to drop and the performance to improve before wearing this watch. 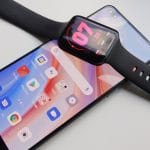 Oppo Watch
Design
Features
Performance
Ease of use
Battery
Value
The good
Design might be a touch inspired, but it's still nice
Great looking screen
Supports Google Pay
Easily interchangeable bands
Water resistant
The not-so-good
Performance sometimes lags when paying with Google Pay
Battery life isn't great, maxing out at a day and a half
No LTE version in Australia
Not a fantastic watch face selection
Good luck finding the easily interchangeable bands in Australia
3.8