Not all mice are created equal, and if you fancy one that is just a little bit fancy, Logitech’s MX Master 3 is worth checking out.

Logitech’s latest in its “MX” range of mice, the MX Master 3 is a mouse, though it’s not your ordinary mouse.

While you might expect a minimum of two buttons and a scroll wheel from a mouse purchased today, the MX Master 3 delivers more buttons and features than a conventional generic mouse, complete with a grip made to suit your right hand and only your right (sorry lefties, which includes this writer).

There are actually seven buttons on the MX Master 3, including two buttons at the top, two by the thumb, and a squeeze button that triggers multi-tasking. There are also two metal scroll wheels, one at the top and one at the side, catering for both vertical (standard) and horizontal scrolling, and Logitech’s Darkfield high-precision sensor technology to deliver a more accurate mouse position on more materials your desk might be made of.

The top scroll wheel is particularly interesting, and uses an electromagnetic scrolling wheel that not only works quickly, but is built to be accurate and quiet, compared to the whir of a sound you could find from the past models.

The MX Master 3 can work off either Bluetooth or Logitech’s USB receiver technology, and supports up to three devices, with a button on the bottom allowing the mouse to jump between computers easily.

It even forgoes the standard batteries you might be used to throwing into the mouse, opting for a rechargeable battery that relies on the USB Type C charge port. That battery can deliver up to 70 days of charge, while a minute of recharge delivers around three hours.

So outside of the obvious, what does the Logitech MX Master 3 do?

Well unsurprisingly, the Logitech MX Master 3 is a mouse, and so it controls what’s happening on your screen. Drag and drop, move your mouse, and spin the scroll wheel and watch it move… it’s all standard fare for a mouse, but Logitech’s MX Master 3 does a little more than just move your cursor around.

Thanks to a neat bit of software — Logitech Flow — you can move your mouse not just between screens, but between computers the mouse is paired to, allowing that cursor to effectively jump across devices and screens. Logitech Flow goes one step beyond movement by bringing files with it, using the power of wireless networking to copy files across that network from computer to computer. Mac or PC, by the way, because if you have both, you can get the two talking using the software, a network, and your mouse.

Logitech Flow is a fantastic inclusion worth talking about, because it makes the mouse a little more exciting than merely “yet another mouse with extra buttons and another wheel”, which is what you might see upon first glance with the MX Master 3.

Flow’s use transcends simply dragging and dropping between computers, because you can load in app-based profiles for the mouse, too. App customisations can be brought in for Chrome or Photoshop, while even Microsoft’s Office tools can make use of the MX Master 3’s way of changing how shortcuts are triggered.

It’s pretty clear that Logitech’s MX Master 3 can handle regular mouse activity, and once you install the Logitech Options software and get Logitech Flow going, that drag and drop activity is pretty handy, too.

Mac users may want to dive into settings a little more, particularly in the privacy and security part of macOS to make sure the driver can do everything it’s supposed to do. However once it’s done, Logitech’s MX Master 3 is a fantastic little productivity helper, offering a solid mouse with scroll wheels both at the forefinger and thumb, reliable movement, and a way of jumping across computers quickly and easily.

Power users intent on making the most out of their software will find the app shortcut customisation interesting, to say the least, too, providing a little more in the way of features than your standard $20 mouse will. 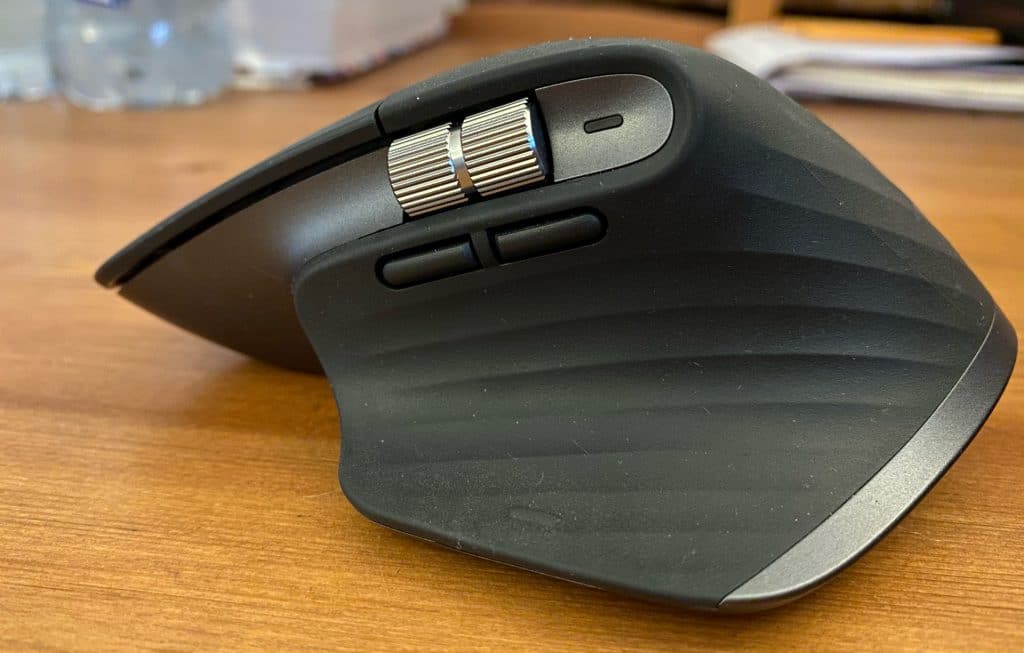 With the changes mostly under the hood on that electromagnet-controlled wheel, you might be curious as to what the whole thing needs.

Right now, the answer to that comes to a little more in the way of smarts, particularly when a computer is closed shut and Logitech’s Flow app should be able to pick that up.

Picture the scene: we’re using the Logitech MX Master 3, dragging our mouse from one side of the screen to the other, and all of a sudden, we lose connection. Our second computer is closed shut, and yet we’ve lost connection to the first, a curious situation, no doubt.

Until we glance down at the MX Master 3, and work out what has happened: by reaching the end of the screen, the Logitech mouse has tried to jump to the other computer, switching the device number as it happened. This has occurred even though the other computer is closed and not on, but Logitech’s mouse is none the wiser.

Getting the MX Master 3 back on the right device is a minor inconvenience, but it’s one all the same, and makes you wonder whether the device should be a little smarter in these instances. 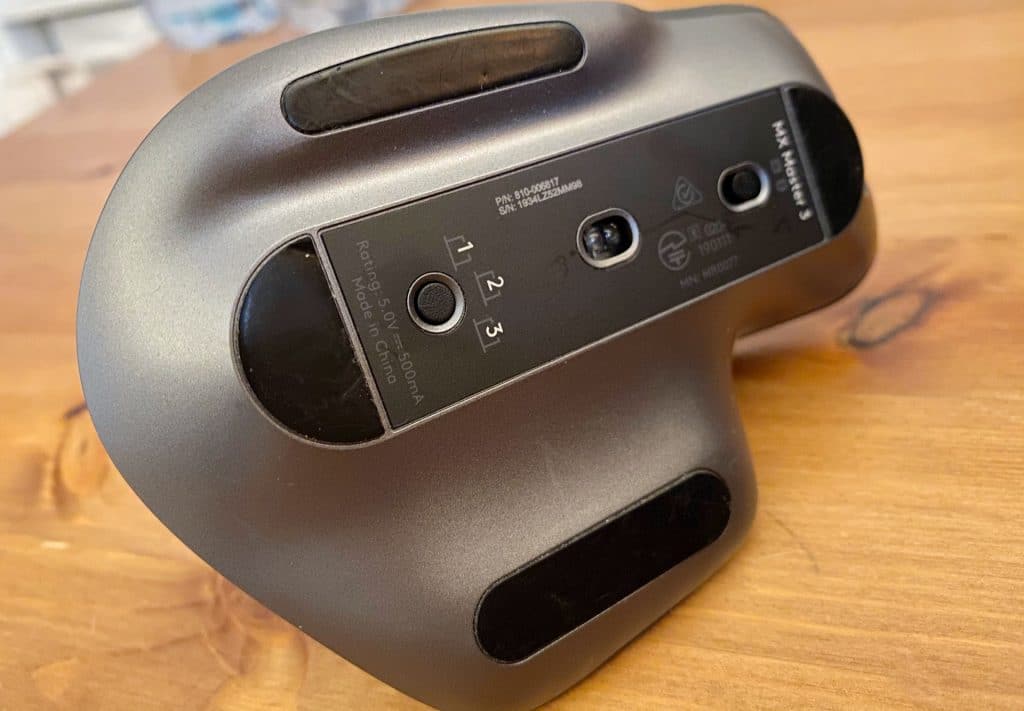 At least there’s a reason to suggest the MX Master 3 over its predecessors: an all-metal scroll wheel, compared to the rubber tipped scroll wheel, which gets a little grubby over time, something we realised when we went back to the MX Master 2 recently.

A change to metal means that’s less likely moving forward, so there’s a reason to upgrade for people with the old model, as is the tight electromagnetic control of said wheel.

Unfortunately, there aren’t many reasons to make the jump to this iteration if you have the old model and it’s still in perfect condition. There’s just not a lot of difference here, which makes that case harder to argue.

If you have another mouse, the $149.95 price isn’t a massive price hit and offers so much, but if you have the previous generation of MX Master, you’re only gaining a better build overall, and so there’s little reason to upgrade. 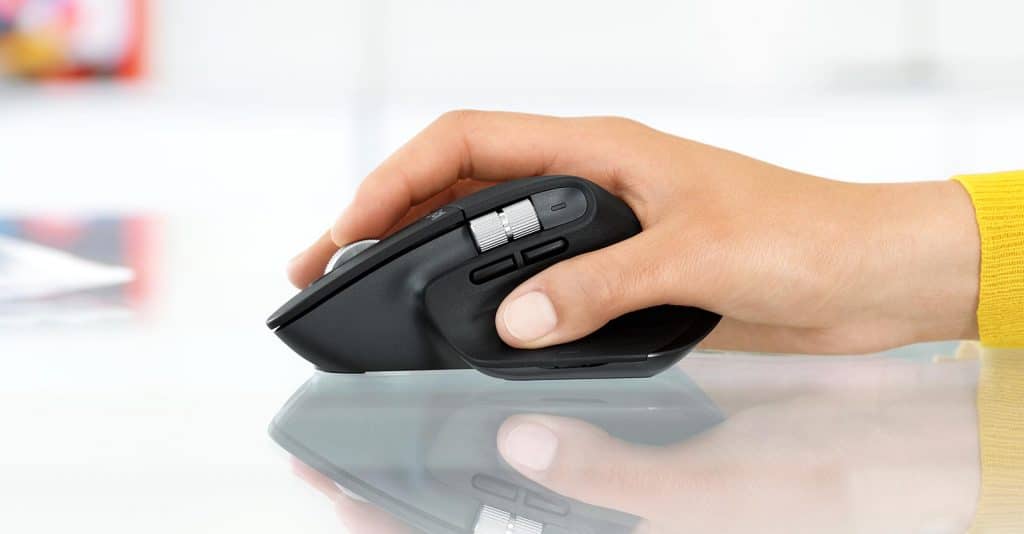 There aren’t many mice we rave about, and frankly there probably aren’t many mice anyone really talks about, but the Logitech MX Master 3 is a nice mouse with some really cool features, particularly if you plan on making the most out of its additional controls and use cases.

While the buttons and customisation options make it more than ideal for the creative types in the world, the MX Master 3 is particularly handy for people with more than one computer on their desk.

If you do live in that world where more than one computer is a way of life, the Logitech MX Master 3 is one of those gadgets that can help clean up the desk, and make things just that little bit easier long term. Now all we need is a keyboard that works just as well, and we’ll be set. 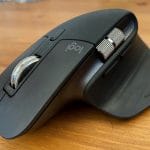 Logitech MX Master 3
The good
Feels great in the hands
Scroll wheels on either side, horizontal at the thumb and vertical at the fingers
Logitech Flow software links Macs and PCs across networks for mouse switching and file sharing
Customisable shortcuts for various apps
All-metal scroll wheel won't get grubby
USB Type C charge port
The not-so-good
Changes aren't a dramatic leap from previous generation
Can be easily tricked
4.5