Apple’s long-established all-in-one desktop is back, and it’s armed with a minimum of six cores and plenty of power. Is the 2020 iMac a machine you’ll want on your desk?

And Apple’s iMac has returned in the midst of this.

With the 2020 iMac comes more power, plus some other small changes, resulting in a computer that could make a big impact in your life if you let it. Yes, the desktop is back, and in a time where working from home is more normal, it might just be more interesting than ever. 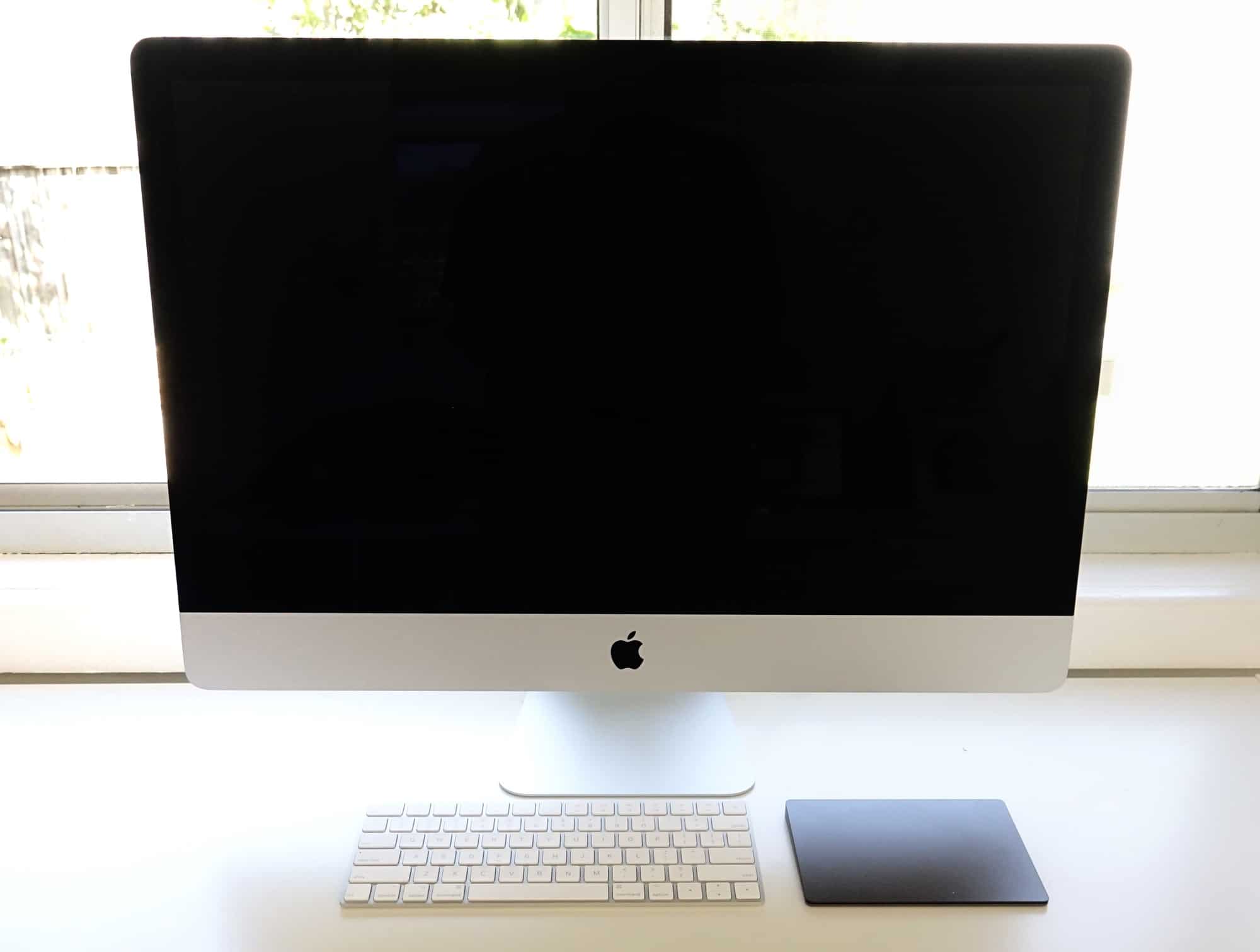 The adage “if it ain’t broke, don’t fix” is well versed in these parts, and it’s something that clearly applies to Apple’s latest computer, the 27 inch 2020 iMac.

Simply put, if you stood it next to older iMacs and weren’t told about the new models, you’d have no way of knowing.

In fact, the 2020 iMac 27 inch uses a design that came into play in 2012, and eight years on, it’s still a nice all-in-one design, offering a fantastically big screen featuring all the hardware underneath a curved back. Attached to a desk stand the likes of which would look more than normal on any other monitor, the iMac 27 inch looks just like any other screen for a desk, but happens to have a handy list of specs inside. 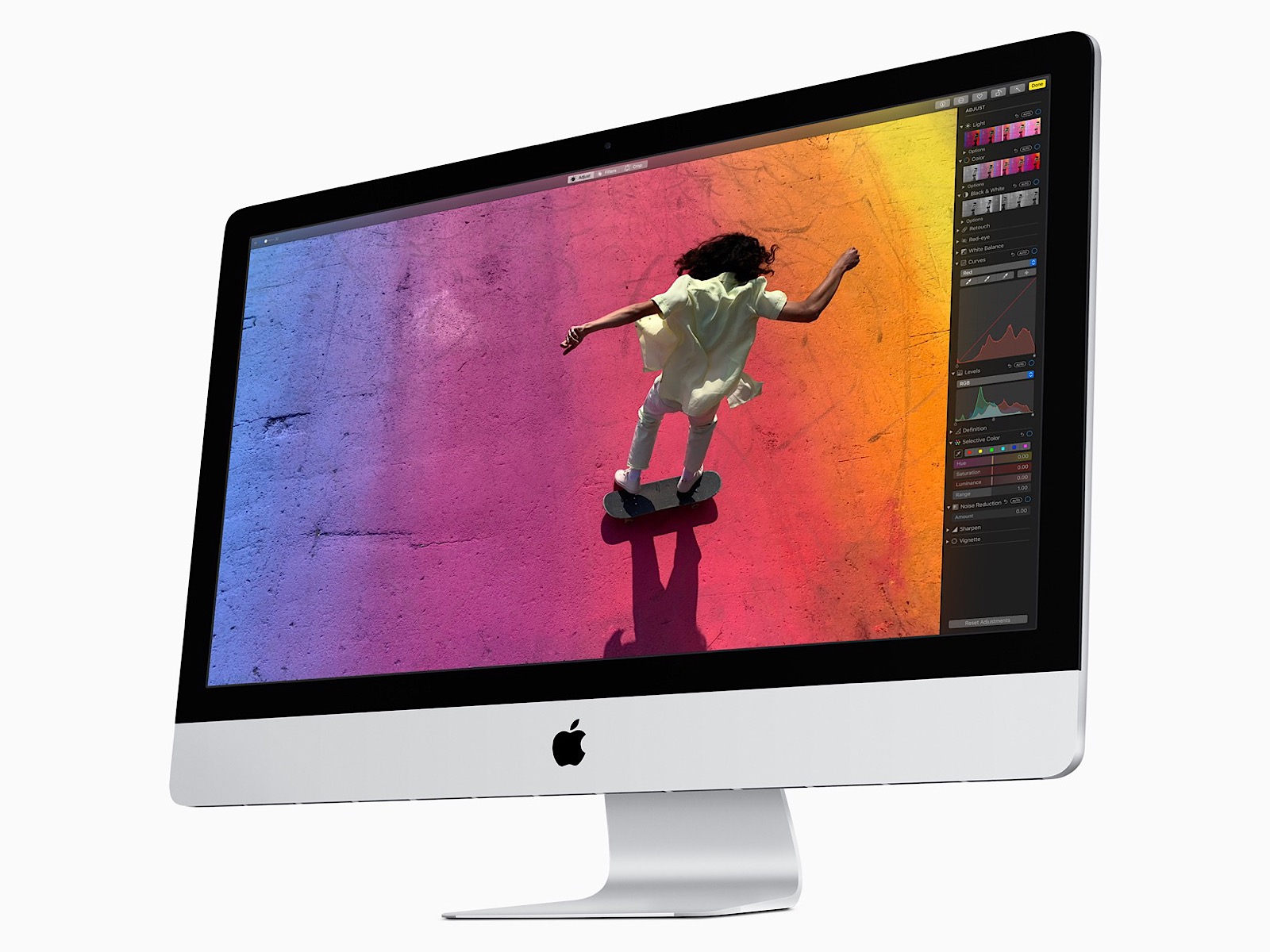 That list of specs starts with Intel’s 10th generation processors, starting with a minimum of an Intel Core i5 processor, but can be configured with either Core i7 or Core i9 processors, depending on how rich your blood is.

It starts with the six-core Intel Core i5 Comet Lake chip, a 3.1 GHz processor, but can support boost modes pushing to 4.5GHz, with an option for the ten-core Intel i9 boosting from 3.6GHz to 5GHz with Turbo Boost enabled.

There’s only 8GB RAM to start with, able to be configurable to 128GB before buying it, with a minimum of 256GB solid-state storage, though it’s configurable to 8TB, if needed. And on the video side, you’ll find a Radeon Pro 5300 with 4GB RAM in one variation, while the more meaty Radeon Pro 5500XT and 5700XT are also possible at the time of configuration.

While all models can be configured differently, our review iMac 27 was configured with the standard 8GB RAM, but the less standard eight-core Intel Core i7, 512GB SSD, and with the more premium Radeon Pro 5500XT 8GB video chipset. While the base model starts at $2799 locally, the 27 inch iMac reviewed was the $3549 model, the most high-end model before you could configure it yourself to make it even better (albeit more expensive).

Our review iMac may differ from the model you get, however there are features shared between all of them, specifically on the connection side of things. You’ll find the iMac is made complete with 802.11a/b/g/n/ac WiFi, Bluetooth 5.0, plus a reasonable port selection, including four USB Type A ports, two USB Type C ports with Thunderbolt 3 support, a Gigabit Ethernet port, a 3.5mm headset jack port, and an SDXC card slot, one of the last Mac computers with a memory card slot inside.

Other features include a 1080p FaceTime HD camera, a new feature for Apple, replacing the 720p HD model previously used. 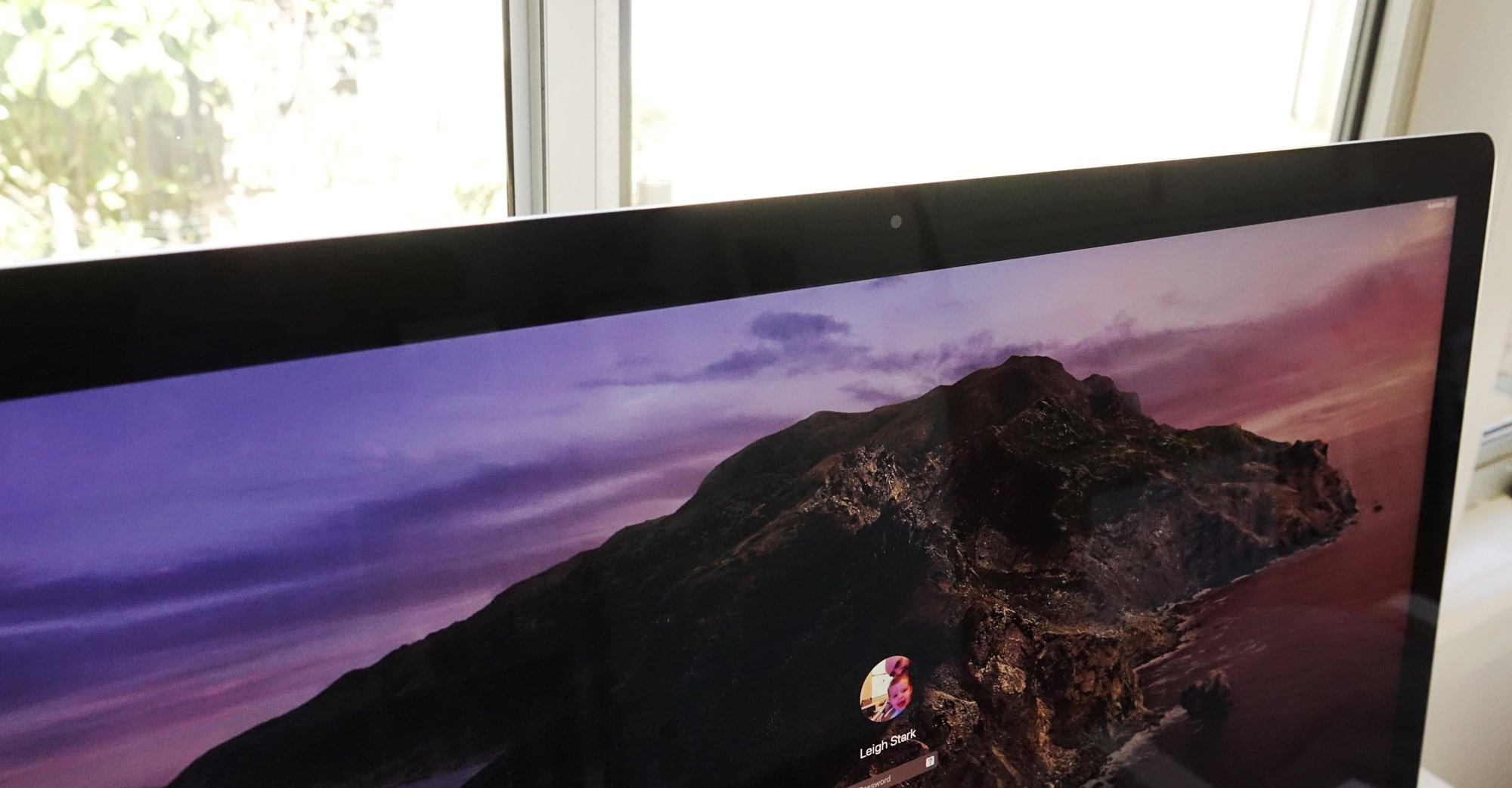 That webcam sits above a 5K 27 inch screen, marginally better than a 4K resolution, boasting 5120×2880. It’s a bright, sharp, and clear display, that’s for sure, and now comes with one feature, plus an optional extra if you want to pay for it.

The new feature worth talking about is Apple’s True Tone technology, which shifts the white balance proportional to the colour of the room and the environment. It’s something we’ve seen on Apple’s laptops for long enough, not to mention the iPad Pro and iPhone models, and now it’s on the iMac, delivering a tone for white that makes using the iMac feel a little more comfortable than staring at a cold blue-white LED screen.

Add to this the colour gamut, with Apple continuing to use the P3 space, and you have a screen that not only sounds great, but looks pretty fantastic, too. All the resolution, all the clarity, all the colours in all the best ways.

Apple’s optional extra for the screen is a feature the company calls “nano-texture glass”, a new thing right out of its Pro Display handbook, providing a screen that works kind of like a matte display, but uses a tiny and practically imperceptible texture to shift the way light hits the screen, reducing glare and making the otherwise glossy iMac screen feel like it’s matte. 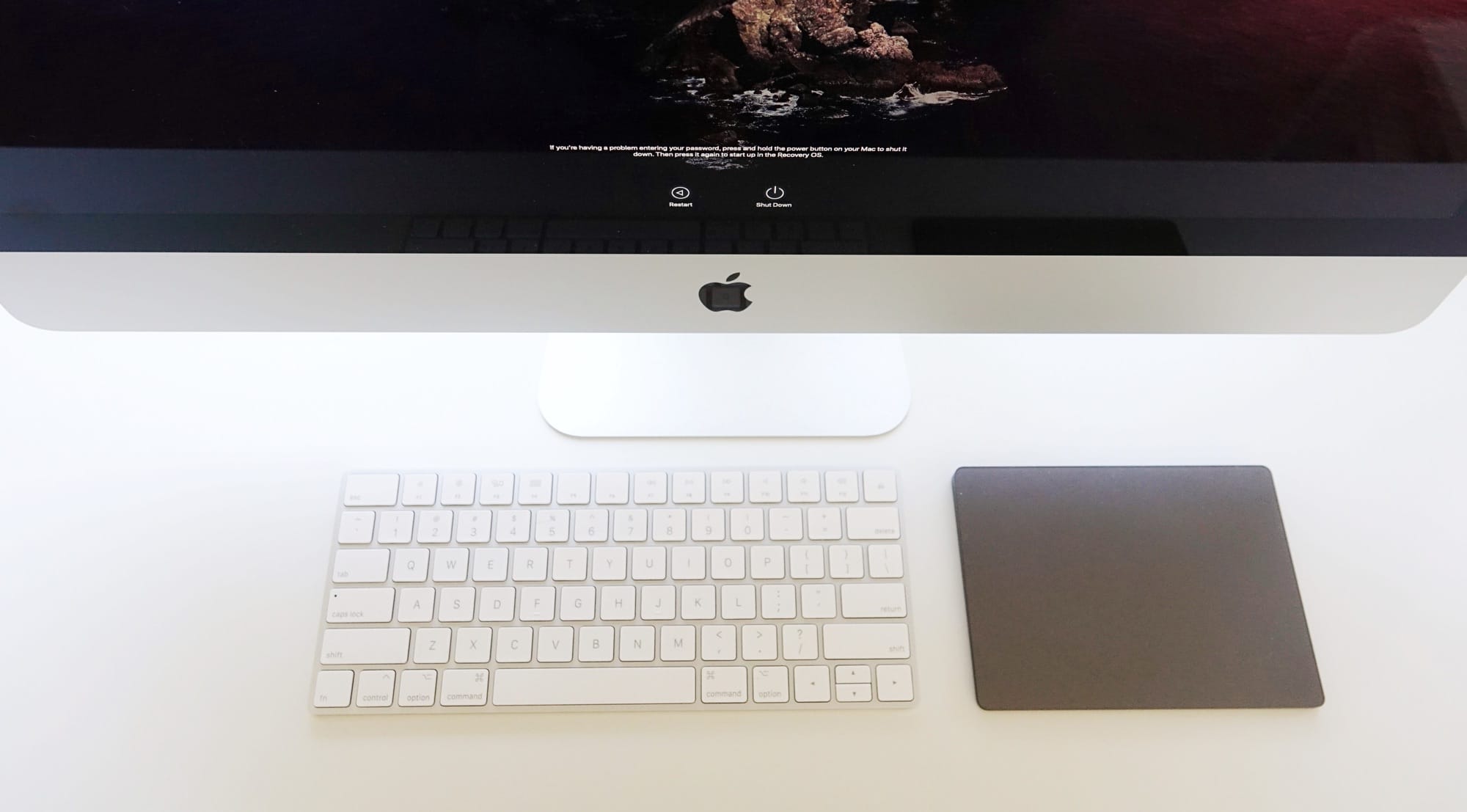 Apple’s iMac comes with a keyboard and mouse, arriving for review with the Wireless Magic Keyboard and either the Magic Mouse or Magic Trackpad, but if you’ve ever used a Mac before, this will all be pretty consistent and normal.

Switch the computer on, type in your password, and use the Mac, its big screen bringing you in and keeping you there. It’s very pretty and easy to use, with a nice clear screen and a more than capable set of specs.

Armed with some of the latest processors from Intel, the 2020 iMac 27 inch is a pretty solid computer in the performance department.

Regardless of which model you buy, the 27 inch iMac this year starts with a six-core chip, starting with the Intel Core i5, but able to push to a ten-core Intel Core i9 if you feel the urge to up the budget considerably.

Our review model wasn’t quite spec’d to that level, though we did have an eight-core Intel Core i7, which was definitely more than capable. It’s a similar situation with memory, particularly in regards to what you can push the iMac to.

However as a system, the 2020 iMac clearly handles itself well, with almost no lag when you run apps across its system. While we’d prefer a little more memory to work with, when partnered with the fast chips from Intel that Apple uses, the new iMac is a treat to use, regardless of whether you’re someone who uses Safari or Chrome. 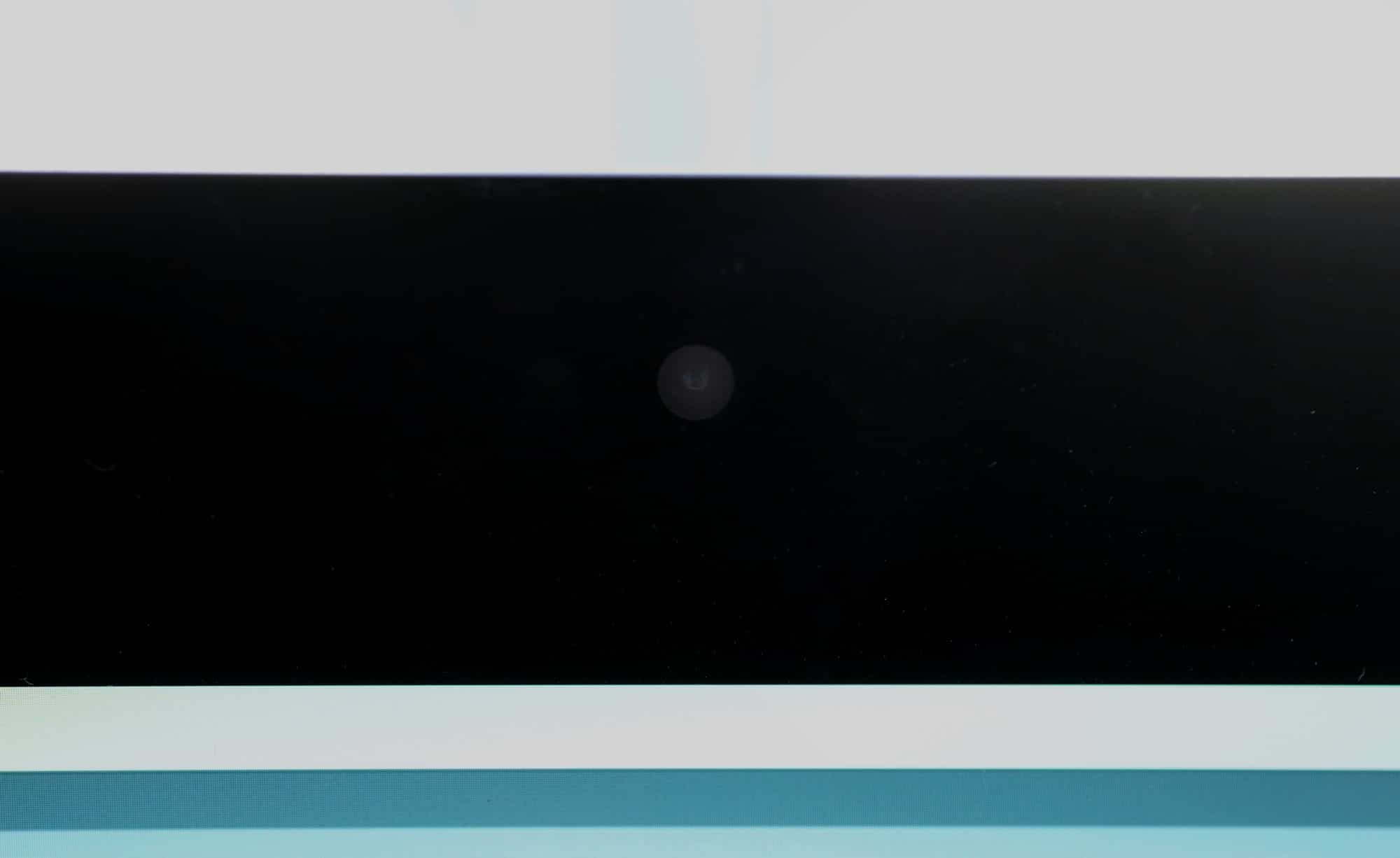 One of the major changes this year is the camera, which has been upgraded not just from 720p HD to 1080p Full HD, but is brighter and clearer.

It’s a reasonably notable change, and comes at a fitting time: now that so many of us are working from home engaging in what seems like endless video chats over Zoom, Google Meet, WebEx, Facebook Messenger, Microsoft Teams, Apple FaceTime, and countless other apps we haven’t named. Apple’s change means the image is brighter and clearer, providing a slightly nicer picture to look at.

Easily, the new webcam is a welcome change, and one that gets a degree of face detection and tone mapping. That might seem like some small jargon, but it adds to the camera, delivering a very clear look that looks better than any webcam we’ve seen on a computer yet. It’s surprising that Apple hasn’t used the 7 megapixel camera from its iPhone models, but it’s a whole heap better than the cameras we’ve seen from Apple’s computers previously, and your WFH chat buddies and boss may appreciate it. 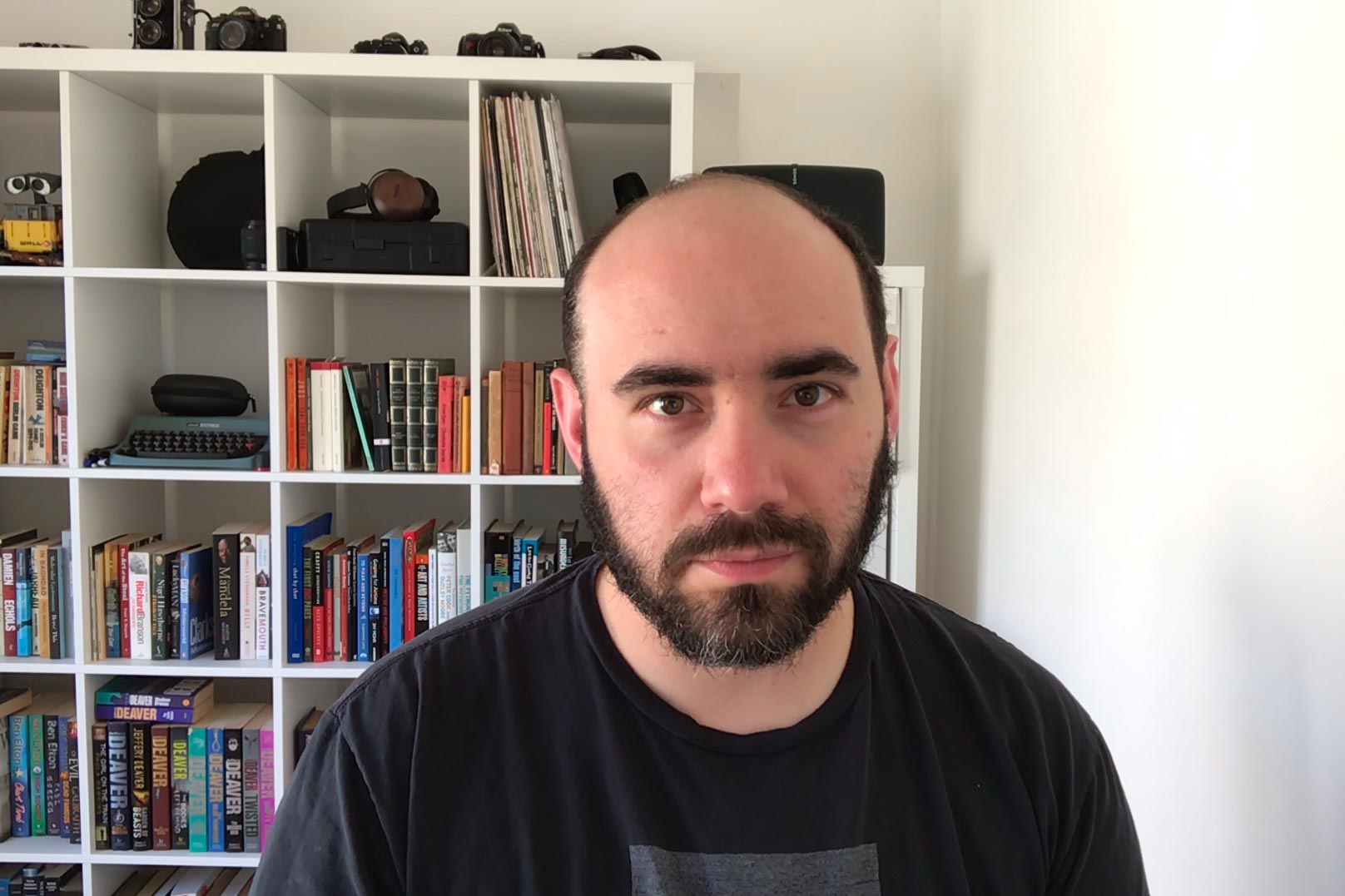 But at $2799, the value of the iMac may still be difficult for many to really come to grips with.

Nearing $3K, the 27 inch iMac delivers a pretty hefty set of performance-laden specs behind a 5K screen, though it’s one that isn’t necessarily cheap.

However it’s also one that also isn’t out of kilter for what all-in-one desktops typically cost, and yet arrives with a 5K screen and a minimum of a six-core processor. That spec listing will raise the cost of any computer, while while we’re not exactly enamoured by the price of the 27 inch iMac, it’s still acceptable value.

But as impressive as the iMac still manages to be, there are still things we’d look to change, starting with the bezels on that display.

The iMac design has been ticking around for a good eight years, and while it’s still a nice design, it is due for some changes. Apple has reduced the bezels on its MacBook Pro and iPad Pro, and the iMac is certainly no slouch, so it would be nice to see Apple reducing the bezels here, too. Apple could even keep the computer the same size and increase the screen to slim those bezels, boosting by a couple of inches, and we’d be happy.

Essentially, those bezels are chunky, and while they’re not a problem, they are something we’re surprised Apple hasn’t tweaked.

There’s also that port design, which while nice on the backside can still be a touch awkward. That awkwardness is fine for the four USB Type A ports on the back, and find for the two Type C Thunderbolt 3 ports, plus the Gigabit Ethernet — that makes sense on the back — but the SDXC card slot and headphone jack are noticeable more weird on the back. These ports are less logical and harder to reach, and feel like they should be either on the side or the front.

Apple also didn’t include any extra security with the iMac, with no way to log into the iMac using your finger, like on the MacBook Air and MacBook Pro, nor can you use your face like on the new iPhone models. It’s a miss for the iMac team, because it would have made the iMac more interesting and easier to log in with, much like its portable devices. You can still use an Apple Watch to jump in easily, if you have one, but that’s a feature baked into macOS, not the iMac specifically.

One last thing surprised us: there’s no WiFi 6, also known as 802.11ax. While it won’t matter to most, the next generation of high-speed WiFi is missing in action on the latest iMac, despite being in the iPhone 11 range. It’s a minor issue, but one that would have been welcome on this Mac.

Armed with a great new webcam and some high-end chips, the iMac for 2020 really is a return of the Mac, though it’s one that could see some further improvements. Thinner screen bezels, better WiFi, and more security would have been handy to see, though the new iMac is very nice, all the same.

We can’t imagine anyone would really complain about what Apple has made in this generation of the iMac, as the machine looks just as good as it has for almost the past decade, yet has the performance of a proper desktop. What used to be laptop tech in the body of a big screen is now properly big and capable, and really a machine unto itself.

In the 2020 COVID-19 work from home era, Apple’s new iMac also makes even more sense, bringing more to the table because it can literally bring an office to the table. Instead of needing to install work gear on your laptop and take your work to the living room — to basically always have your working world in your life — the 2020 iMac fits in with the 2020 WFH world by bring that work-world you can escape to in one machine that won’t follow you around, and stays stationary in your life.

In many ways, the new iMac is a powerful portal to being productive.

And what a nice machine it is, leaving your desk with something clear and bright, with plenty of performance, too.

There are definitely things that Apple could improve, but this return of this Mac is one that should keep workers and creatives happy until Apple doesn’t just fix what isn’t broken, but reinvents the wheel to be one entirely new iMac, whenever that is. Recommended as a desktop. 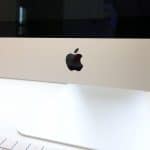 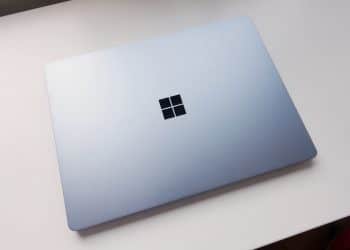