These aren’t real AirPods, but they look a little like them, and at under $30, you can see why people would be interested. Are they worth your ears?

When you think about the staggering pace of technology development over the past 20 years, it can be a little hard to believe. Bluetooth stereo headphones have been out for over a decade, but before them, it was wired all the way.

If you wanted to go out and have a walk with your tunes, you were likely doing it with a cable and headphones, plugging into more recently a phone, but before it possibly an iPod or other media player, a Mini Disc player, portable CD player, or maybe even a Walkman.

But in the past few years, we’ve gotten over the cable. Bluetooth headphones have come a long way, and even Bluetooth earphones are skipping the band that connects them.

We’re seemingly no longer bound by the cord, and if you want to take your sound on the go, you can do it with a pair of cordless and wireless earphones not much bigger than a small pebble.

Often called “truly wireless” earphones, manufacturers have adopted this branding strategy because while wireless earphones are typically any sort of earphone that is Bluetooth and doesn’t get plugged into a phone or media player, the term “truly wireless” can only be applied to the cordless and wireless variety of earphones. 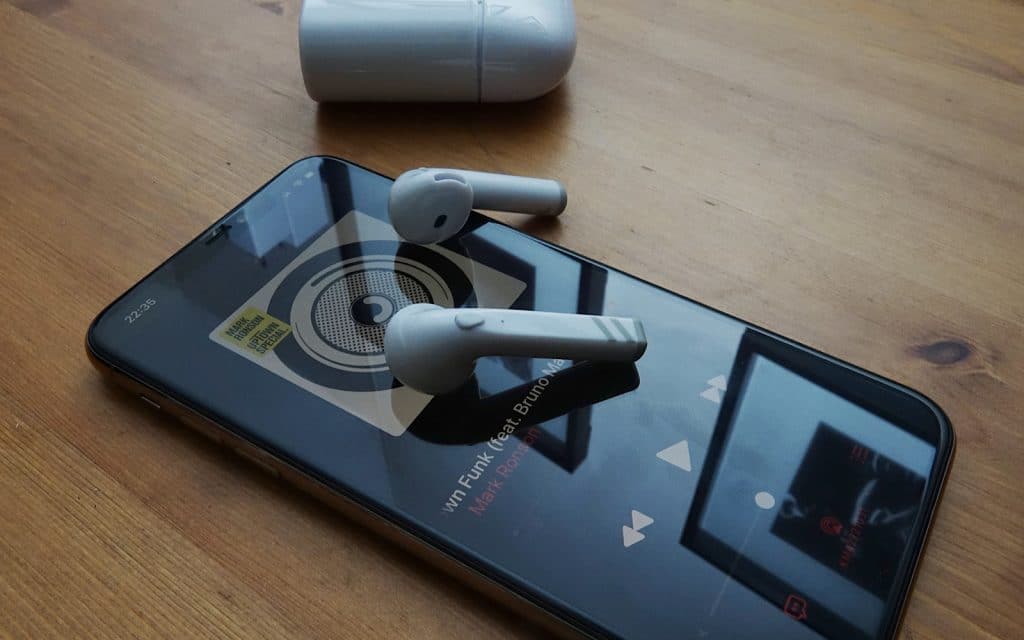 In fact depending on where you look, you might be able to find a pair of truly wireless earphones for under $30, and closer to the $20 mark. That’s quite the distance from Apple’s AirPods, which sits closer to a recommended retail price of $249, but can be found for a little less if you look around.

A cheap pair of truly wireless earphones can be found at department stores and electronics outlets from brands you’ve never heard of, and is probably not going to be as good as the real deal, but we were curious to find out all the same.

So what does a cheap pair of wireless earphones sound like, and how good could a pair of fake AirPods be?

We were surprised when we found them, but lurking at Kmart near the checkout are rows of black, red, and white fake AirPods.

They’re not quite the same, but unless you knew what you were looking for, we could see why they’d be confused: with a similar shape, the Anko AirPods rip-off truly wireless earphones are close enough for people happy to spend this cheaply.

Sitting in a fairly thick blister packet with packaging pointing out what these are supposed to be, it’s clear what Kmart’s house brand has delivered, at least in look. Compare them to the real thing, though, and it gets a little murky.

The Anko AirPods clone is larger than the real deal, and look far, far clunkier. A larger earbud tip is going to be less comfortable, and there are even other dead giveaways to tell you they’re not remotely the same. 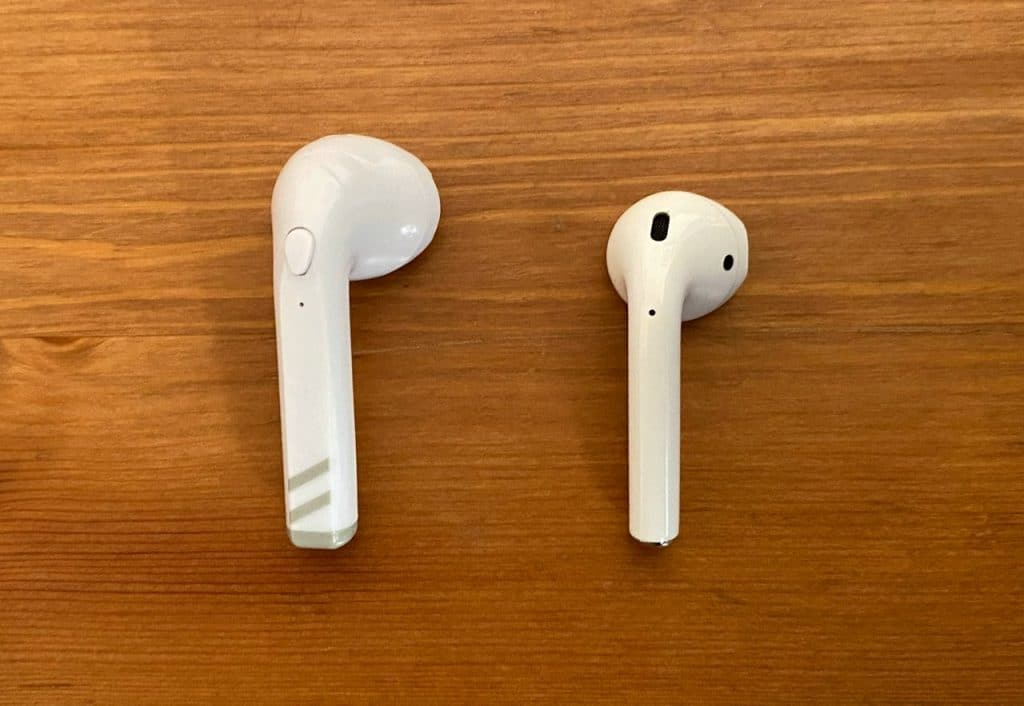 Take the way they charge, because they’re very different. Nevermind the obvious size difference between the cases, but the Anko option uses a pin that inserts into the earphones to charge from, something that’s clearly not the same on official Apple variety.

Pairing them is also very different. Each Anko AirPod has its own button, and like other inexpensive truly wireless earphones, you need to hold each down to get them talking to each other first. Once that’s done, you can pair the copy to your phone, but don’t expect an automatic recognition like you get with Apple AirPods to an iPhone, or even something logical, for that matter.

When we paired the Anko option to our phone, the code being paired was something with an arbitrary number, not even something listing the model name or brand. Sufficed to say, if you grab these AirPods clones without knowing how to pair, you may find yourself struggling just that little. 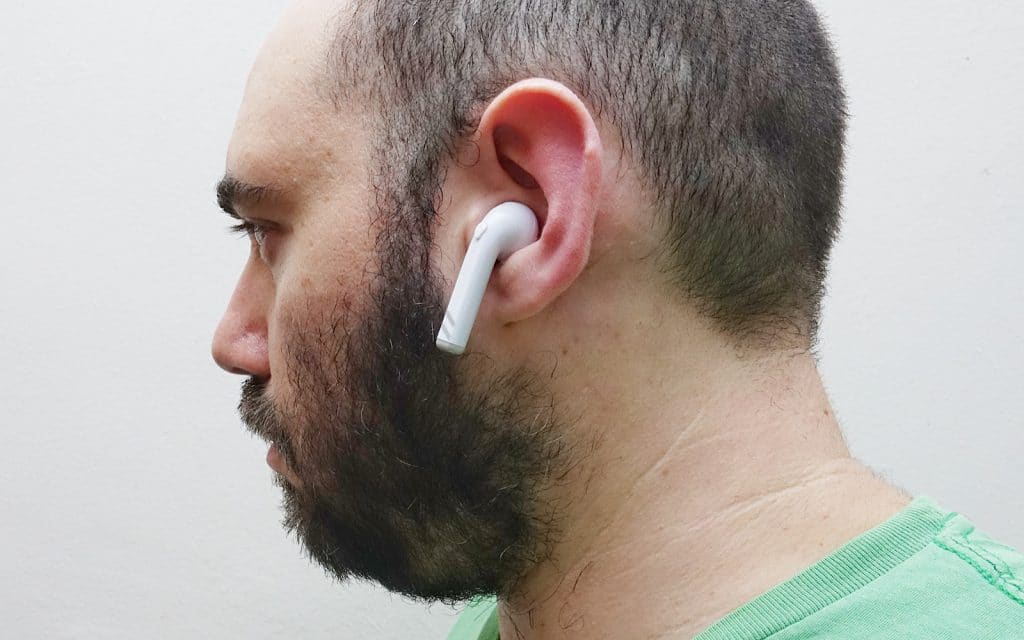 You’ll struggle with the sound, too, which follows the same traits as inexpensive audio typically does.

Even without listening, we can usually guess what a pair of headphones will sound like, depending on the price tag they came with and the brand that makes them.

Unestablished brands typically follow a pattern, and it’s not that “cheap” usually denotes a specific sound (and neither does expensive, for that matter), but budget audio tends to offer a type of sound that is identifiable. It’s often bright and poppy, but also quite shallow, making it barely acceptable outside of “well, I got what I paid for”.

The problem is you invariably do get what you pay for in sound, particularly if you’re spending less than $100 on something, though we’ve certainly seen one of two earphone examples that laugh in the face of that, offering a decent sound for less than you’d expect, such as the original Audiofly A33W and the Trndlabs Nova earphones.

Back to the $20 AirPods, though, because these are much less than either of those options. For that price (which was actually a buck shy of $20), we tested using the Pickr Sound Test to find obvious highs with reduced mid-range and not much bass to speak of.

They worked — yes — but not in a way we’d consider well, and music came across as shallow, highlighting mostly the highs, while offering little in the way of depth. The punch of music was lost, as was the sound of a well engineered track, and while the fake $20 AirPod clones were definitely inexpensive, they were also very cheap, and not the sort of thing we’d want to use for longer than required. 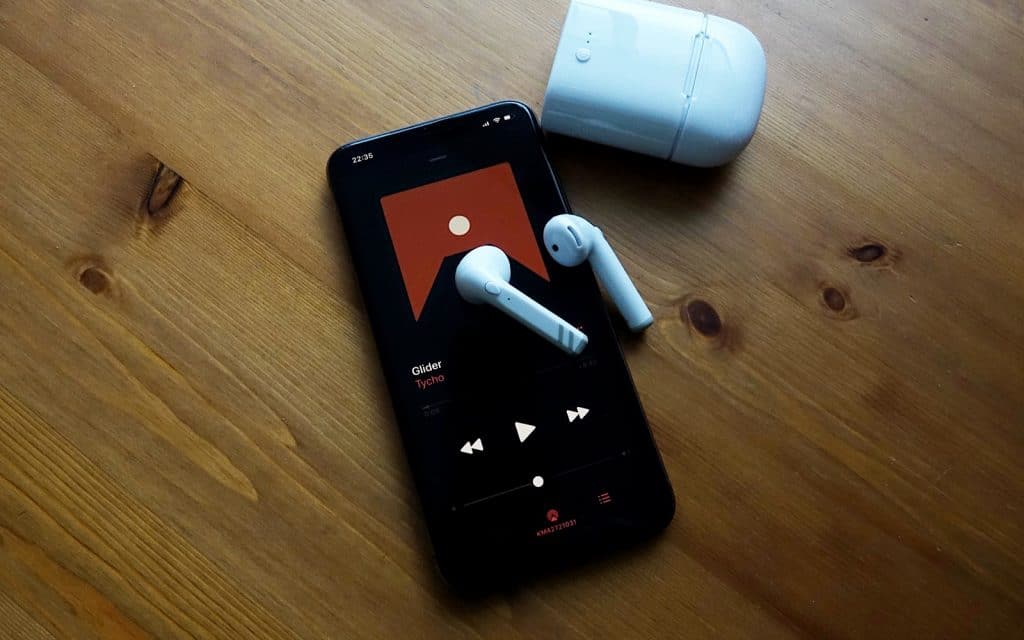 Should I buy cheap wireless earphones?

It’s hard to say whether you should buy a pair of properly cheap truly wireless earphones like these AirPod clones, but we’d probably recommend spending a little more and getting something closer to being worth the money.

A pair of dare we say “truly cheap truly wireless” earphones like the ones we tested are not fantastic by any stretch of the imagination, and will only serve people you don’t want to spend much on overall. Your kids might be an example, though we’d probably push the budget a little higher and get something better, as opposed to something built in the style of the AirPods.

The problem might be one of style, in fact, because you can find inexpensive decent Bluetooth sound earphones and headphones out there, but you have to push away from the truly wireless ilk, and be willing to spend at least $60 for the privilege.

Personally, we wouldn’t spend the $20 on these cloned AirPods, and would rather look around at the assortment of options typically available from electronic stores.

Between the uninspiring sound and the even more obvious lack of comfort offered by the oversized earbud heads, whoever is wearing these will struggle to like them for longer than a couple of hours, which is perhaps fitting given the battery will only last that, too.

Spend a little more and get a little more is what we’d recommend, using reviews to help you with the decision-making process. Until that time, you might want to use the wired earphones that came with your phone, because in most cases, they’ll almost always be better than these $20 AirPods fakes, too.