Why the air purifier is in demand

The outside air is smoky, and you’re feeling it. Hazardous conditions have come to some of Australia’s largest cities, and you might not want to go outside. What can you do about it getting in?

It’s 33 degrees, and Australia has never seen conditions quite like this. Bushfires are one thing. Bushfires that don’t end are entirely another, and a consequence of climate change, particularly denial of the problem over the years.

While reversal is at the least very difficult, inaction is worse, and what we’re seeing now is endemic of that: Australia is burning, and its capital cities are beginning to feel the burn through smoke.

Weather forecasts have become an odd collection of words that are less about the weather, and more about the smoke. It’s partly cloudy with smoke haze, or just plain “haze”. As firefighters fly in from across the world to help Australians take on the sheer amount of blazes, amidst a weakening source of funds and a government reluctant to help, most locals can simply sit and watch in horror as their country burns, and as the smoke rolls in.

It’s a smoke that is more than the smell of burning wood in the air. It lingers because it’s thicker, and because there’s just so much of it. Like heavy fog on a winter’s morning, it rolls in and stays, at least until something can blow it out. Populations wait for a southerly to arrive so they can go home, not just breathing easily, but breathing overall.

There are obvious problems out and about, but at home, it’s not much better, with the Australian summer tradition of leaving the windows and doors open converted to keeping everything shut. All the way shut.

“The best way to reduce exposure to smoke is to stay indoors with the doors and windows shut,” said Dr Richard Broome, NSW Health Director of Environmental Health.

But is it enough? It seems near impossible to ensure every crack is sealed, and particles can still get in. You might be over the thick smell of smoke on you, on your clothes, in the air hanging like a friend that just refuses to leave, but the particles are the things you should worry about.

They’re measured in micrometers and come in different sizes. They are PM10 and PM2.5, and should read in subscript as PM10 and PM2.5, but either is right. Don’t worry about how it reads, merely about what it means.

When you go outside, you may see more and more people wearing masks to protect themselves from those particles. Only filtered mask types are likely to make a difference, and when you stop to answer a call or eat something, obviously the impact is gone, but we’re seeing so many people don these, Sydney has already started to look like a bit of a dystopian future. Next stop: children decorating their face masks. It’s surreal.

At home, a little more can be done, and it’s a message appliance makers have been trying to communicate for some years. Other parts of the world are dealing with the problem, and so the technology exists to at least attempt to deal with it, even if it means running it in the background.

You may want to look at air filtration and at air purification, as the purifier goes into high demand in Australia. 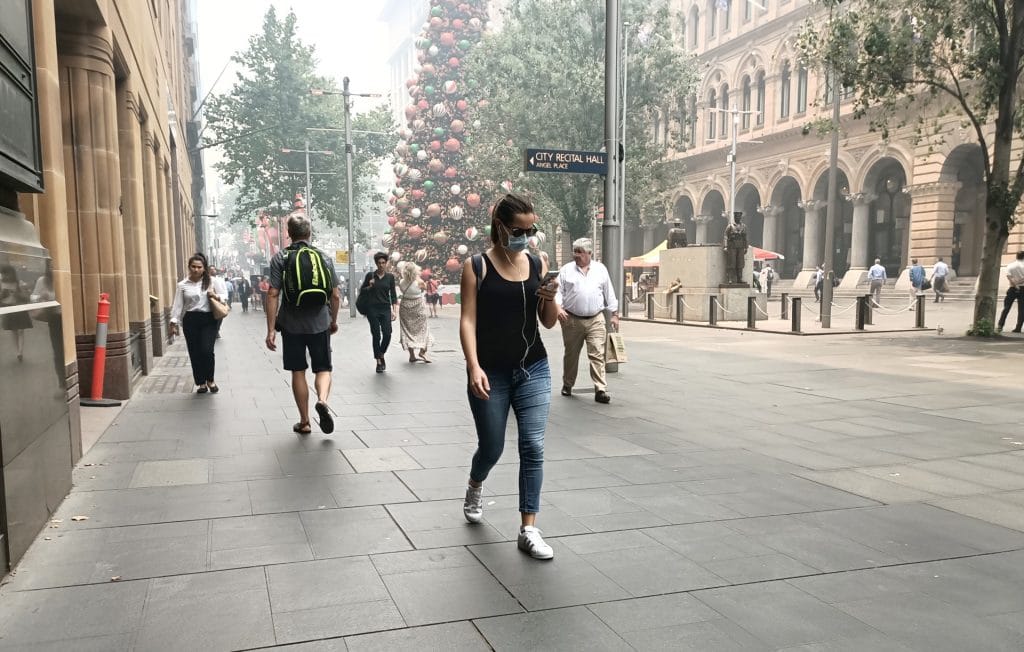 What is an air purifier?

It’s all in the name, but an air purifier is a gadget that brings in air, runs it through a set of filters, and then pushes it back out again.

Air purifiers are a type of fan and can even exist in some cooling and heating fans, but the idea is that they will clean the air of the bits and pieces you don’t want in there, making them safe for you to breathe.

In the years past since air purifiers arrived on Australian shores, they were more or less talked up for their benefits for people with asthma or other allergies. Noxious chemicals from cars and material treatment, alongside allergens were typically the target, specifically looking at Volatile Organic Compounds (VOC) or nitrogen dioxide (NO2) in the air purification process. But many purifiers also included support for fine particle matter, the PM10 and PM2.5 stuff from before. 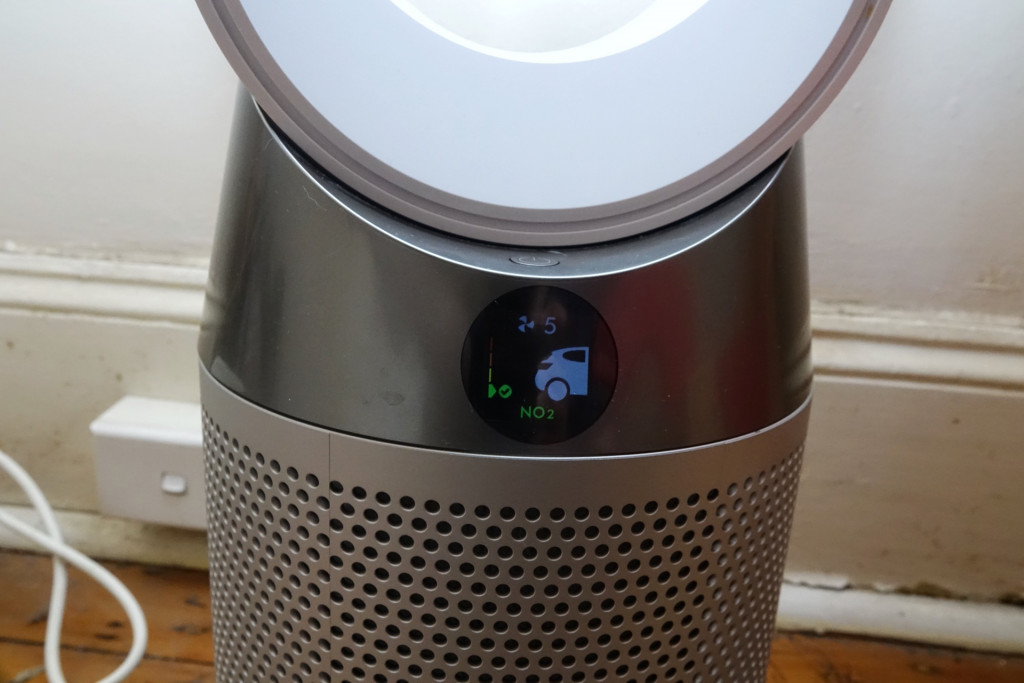 This is the stuff everyone has to worry about, the stuff you breathe in and deal with later, and given the government inaction on climate change and the subsequent smoke inhalation many Australians are being forced to deal with, it will likely be the stuff that future government will have to treat under Medicare.

However while the outside world is a problem that can presently only be dealt with safely if you’re wearing a mask between destinations amidst dealing with it, at home, you have a choice, you just might have to spend something to get there. 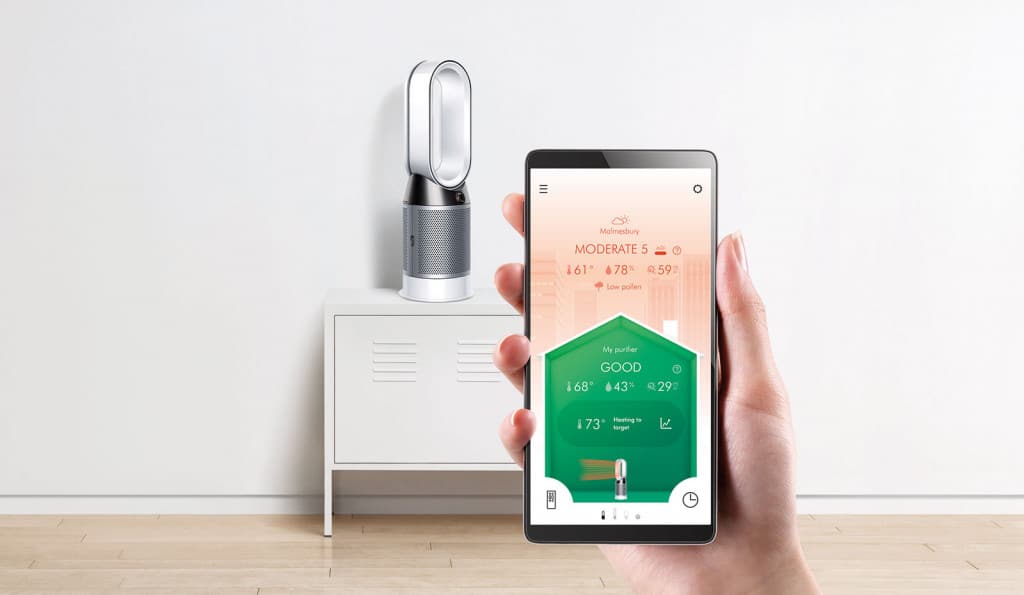 An air purifier at home… or two or three

The windows are closed. The door is shut. You look for every seal you can find, and it still gets in. Think of the places where there are holes and grills and slots to the outside world: the exhaust fan in the kitchen and bathroom, the spots in the roof that were never quite patched up or even under the house.

There are plenty of ways for the fine particle matter to make its way into your home, and you’re going to open the door at one point to go outside, so bad air is going to come in. It’s just a matter of time.

Doing something about it is the goal, and cleaning what you can. Air purifiers are a solution that works, though it’s one that takes time.

Earlier this week, when the smoke was bad that it practically created a video game “fog of war” over every building in town and masked the Harbour Bridge and Opera House, it hit new levels at this writer’s home. The highest levels on the Dyson Pure Cool Link were hit, and one wonders whether Dyson will roll out a patch to increase the scale considerably.

That fan ran all day, cleaning the air while no one was home, because it would be safer to clean terrible air than to let it stay, waiting for us to arrive home.

That's not terrifying at all. pic.twitter.com/pHj9RNdrnm

This is sadly the reality we find ourselves in, because while some air conditioners have filters to deal with these situations, we’d expect most Australians would not, and are likely living with the prospect of fighting the bush fire smoke with their lungs, which isn’t just terrible for kids or seniors, but everyone.

“Bush fire smoke is made up of tiny particulate matter and gases with some particles as small as 2.5 micrometers in diameter,” said Peter Huynh, Brand Manager for TruSens, one of the many purifier brands in Australia.

“When exposed to bushfire smoke, these tiny particles can worsen asthma and respiratory sufferers, can cause itchy eyes and can make you feel out of breath,” he said. “It’s important to have an air purifier to remove these nasties from the air you breath.”

Every purifier works in roughly the same way, though not all deal with the same level of fine particles. It’s important to look for ones that specifically deal with PM2.5, so that the purifier can trap the particles on the filter and release clean air back into the room. 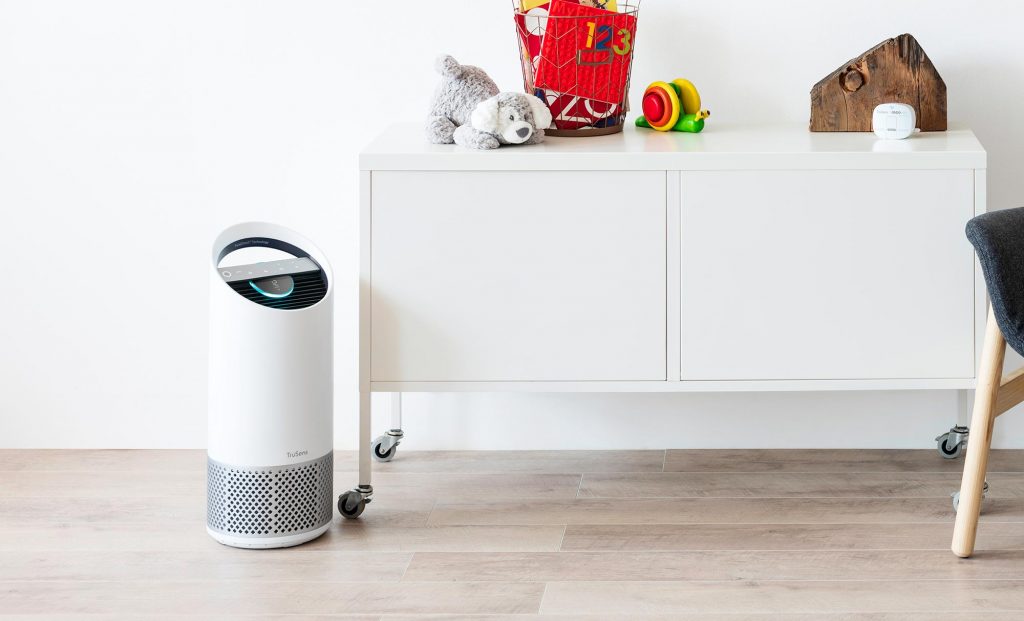 In Australia, many do. Dealing with PM10 is almost always a guarantee, but you’ll want to check the box and marketing to make sure it says “2.5”, because while particles measuring 10 micrometers and lower are bad, the smaller 2.5 particles are even worse (and yes, we’re aware PM2.5 is also technically PM10).

You can expect the TruSens purifiers to support PM2.5, as do Dyson’s Pure Cool Link fans, something you’ll find support for in the app, complete with measurements. Xiaomi also has a PM2.5 model in the Mi Air Purifier 3H that can’t come fast enough, while the Philips Series 1000 is listed to detect PM2.5, and you might even find some from Breville, too.

You may need more than one, though. Be aware that an air purifier is rated for a room size, so if you’re cleaning the living room or dealing with the room for your kids, you may need one or two or three. At home, we clean the living room room and that of our child, and that may be the same for you. Alternatively, you might want a model that you can pick up and move, jumping from the main room to the bedroom when it’s time to get some sleep.

That particle count is key: if you’re looking to buy a purifier to deal with the air at home, you need to consider the PM count. Check the website, read the specs, ask the salesperson, and make sure it does, otherwise the air purifier won’t be helping you deal with the smoke in the way you necessarily expect. 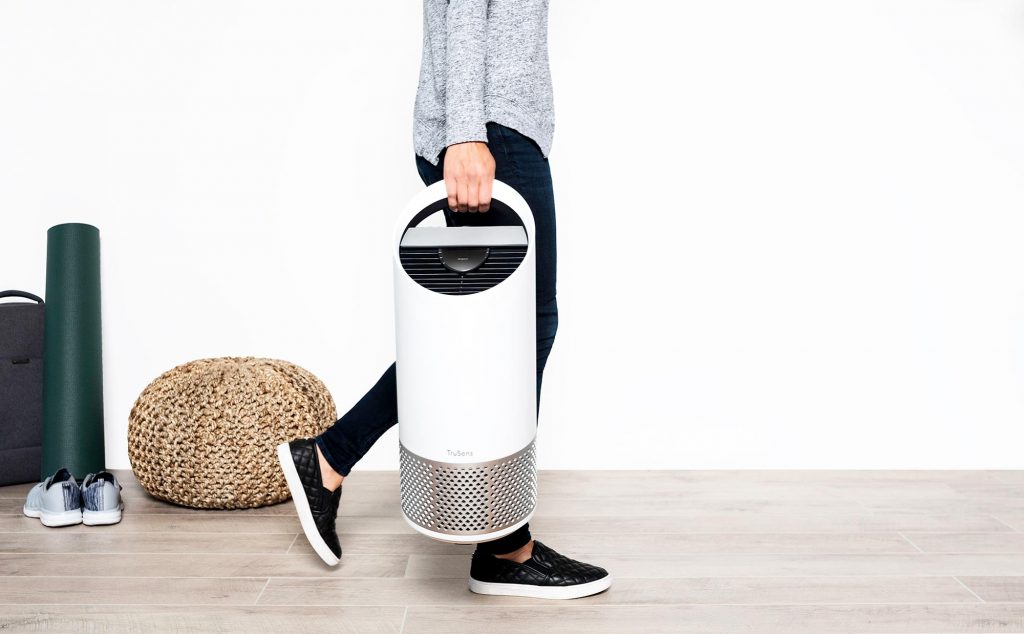 This is the first of what we expect will be many stories on how to deal with smoke in the home and beyond in the coming months.