Digging ourselves out of the mess that is the NBN

It’s hard to believe that it has been ten years since the plan to build a national broadband network began, and yet ten years on, the NBN still isn’t here for so many Australians.

And if you do have it, there’s a good chance that it’s not what you expected. It’s possibly slower and unreliabble, and maybe even losing a battle against the mobile broadband offered for your phone.

This was supposed to be a national project designed to unite the country, to give everyone super fast speeds and push Australia up in the world, to show that we didn’t only have the capacity to produce industry leading scientists able to come up with brilliant ideas like WiFi (yep, that’s Aussie), but also the means to connect every Australian so they could do more.

The simple answer in my opinion is politics. Let me explain. 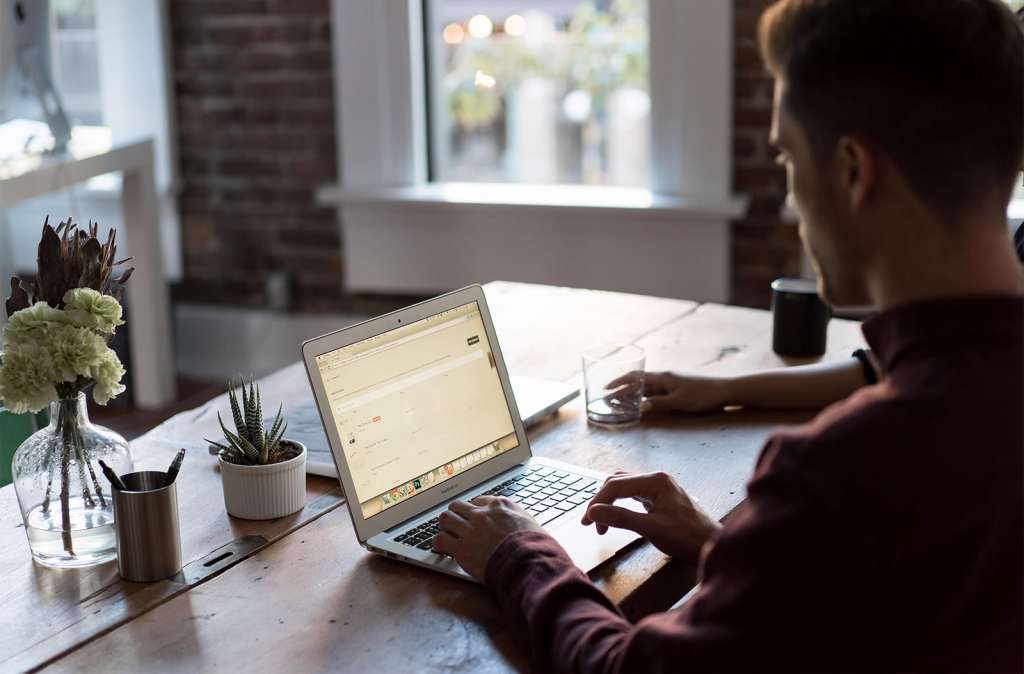 Every Australian — hell, every person — should have access to the internet.

In our modern and highly connected era, the internet is like clean running water, because it is necessary for everything that we do in our society, and everything we will do. We use it to talk to each other, to let our technology talk to more technology, and we use it to stay connected. It is our library, our book shop, our TV station, and our place to find information — any and all information — and that makes the internet necessary.

It’s not just the internet, though, because it has to be fast. An exercise in speed may well be good for you to download movies more efficiently, but it needs to be fast for future developments.

If a doctor wants to see you in your home, the technology powering telehealth needs to be fast to account for all the bits and pieces they may need to use to look at you. That includes the sound you both talk to each other on, the sensors in your home that scan you, and the video feed so you both don’t look like big blocks of video that make you look more pixel than person.

Telehealth requires fast internet, and it’s just the start. The more we connect our homes to this “Internet of Things”, the more we need a fast internet connection.

The original NBN plan under Labor made the most sense for that logic. You’d be hard pressed to find any technologist worth their salt to disagree, because it was about offering a future-proof concept that improved the internet to the nth degree, and made it upgradeable.

To do that, the government would have to roll out fibre to each and every premises, basically giving each building and home its own direct link to the internet. The connect could be capable of future-friendly speeds — because 25 megabits was never going to be enough — but if you didn’t need the high speeds, you didn’t have to have them. The choice was yours, but you’d always have the option.

Australia is very unusual, though. While other countries might be rolling out fibre easily, we would have to roll it out across this vast stretch of land we have, running from the cities to the desert, as Australia — a nation that is roughly the land-mass size of the US and yet has a population that fits into Los Angeles — would need to send its fibre into rural communities in those remote locations.

But that was the very thing that made the NBN crucial: people in cities had fast internet.

It wasn’t super fast like we demand today, but it was fast enough. The NBN will more than likely be remembered for its plan to give all Australians high-speed access, but what it should have provided was high-speed access to rural communities, so that remote Australia — the one that isn’t easily accessed — could do all the things they needed to using the internet.

The real test would have been rural Australia, and yet everyone — rural and urban — seemed to get skipped out on.

And that started with cost.

Unfortunately, fibre to the premises or “FttP” is expensive. It can cost a lot more to implement than say an inferior technology, such as fibre to the node, which is ultimately what the government switched to, because, well, politics.

The deep sigh of politics

The National Broadband Network is a government initiative with a government-formed company attached to it, and that means when a government changes, so too does the plan connected with it.

When Labor was in power with Kevin Rudd and Julia Gillard, it was the best technology, money be damned: a technology that was worth the cost and would pay for itself over time, fibre to the premises.

When Tony Abbott and Malcolm Turnbull came into power under a Liberal-led Coalition, the plan changed to its own understanding of what the technology should be, producing a mixed technology mess of cable TV lines (hybrid fibre coaxial, or “HFC”), fibre, and the government’s suggestion of Fibre to the Node, also known as “FttN”.

The difference between the “N” and the “P” in those initialisms may only be one letter, but there is a world of difference. In FttP, your home gets the link to the internet directly. High-speed from your home to the internet. Voila.

In FttN, a little internet box is installed on your street — a “node” — and that’s where the fibre is installed to. The rest of the distance is covered by the copper of the telephone network set up by Telstra all those years ago, ageing copper that could reach certain speeds if pushed, but that also produced the same theoretical limitation to internet speeds that customers have had with ADSL.

That limitation worked like this: your distance to the exchange in ADSL and ADSL2+ changes the maximum speeds you could receive.

On ADSL2+, if you lived right next to the exchange, you had up to 21Mbit of download speed available to you. The further away you lived, however, and the more the speed dropped.

This is also true of Fibre to the Node, because while you might pay for a 100Mbit connection, if you don’t live right next to the node, good luck getting those speeds.

Where this journalist used to work in Woolloomooloo, several years ago NBN confirmed that select buildings had received FttP access, but not everything else. They were at the time essentially known as test buildings, but it begged the question: why roll out access to some buildings in one area and not the rest?

Indeed, where he lives now, that seems largely the same, as buildings sprout up with internet access and other homes and dwellings lack the connection. This isn’t helped by a rollout that has been marred by dates that slip and change, by technicians that don’t always implement and leave customers without internet access, by a level of politics (stupid politics, no less) that actually tried to convince the world a maximum speed of 25Mbps by 2019 was a good idea, and by costs that were always going to blow out regardless of the technology being used but have instead become a political scapegoat of each party attacking one another for it. 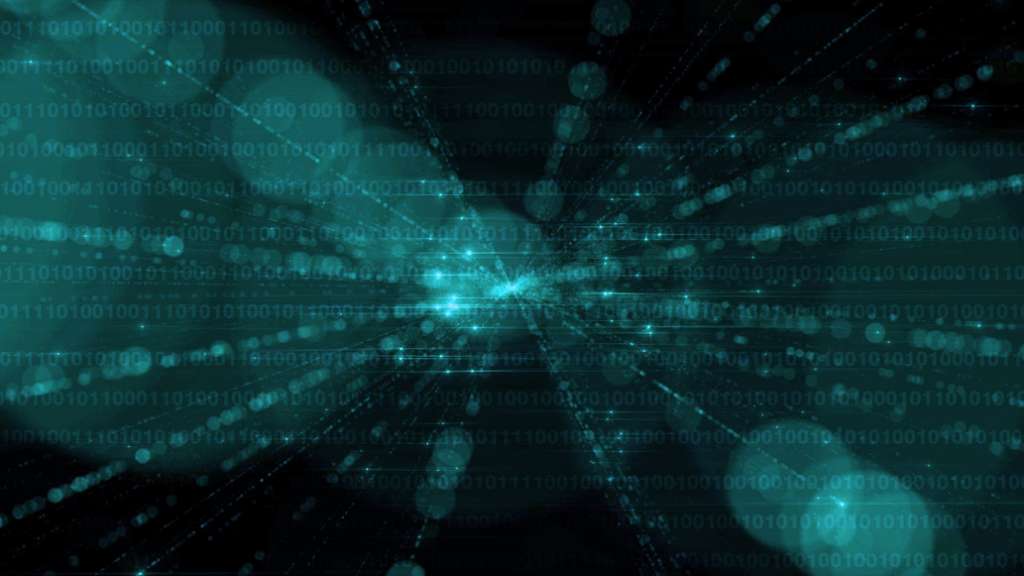 The promise and the result

It is mind-numbing. This was supposed to be a technology that would unite the nation, and connect us all. Instead, it has become a political minefield, and yet that’s where we are, and we need to deal with it.

While it would be hard for any technology journalist worth their salt to agree that the current Coalition method of a mixed technology NBN makes sense in the long term, we can all agree on one thing:

Whether we like it or not, we’re stuck in this mess.

Yes, regardless of how we might feel about a government bungling things up or even a rollout that regardless of who was running it was going to spiral out of control, every tax-paying Australian is stuck with the current mixed technology roll out, and that means basically putting up with the debacles, the failures, the complete flawed understanding of how future-proofing means to create something that can be upgraded easily for the future and won’t cost billions more to fix, which is the situation we will likely find ourselves in.

We are in high-speed 4G approaching 5G, and while that rollout was slower when the NBN was in planning stages, ten years on, the mobile world has caught up. Moreso, it has become a freight train, and is pushing past everything.

In the past few years since 4G took off, we have seen speeds jump and prices gradually drop. Mobile connectivity has pushed through the categories, jumping through the initial Category 3 burst of 100Mbps up to Cat 14 and 150Mbps to Cat 6 and 300Mbps all the way up to where it is now: Category 16’s 1Gbps and Category 18’s 1.2Gbps.

Those speeds are next to impossible to get right now, but they exist, and the better the mobile towers are and the newer the phone and mobile broadband device you use, the higher the chance you’ll be able to take advantage. Long term — even in the next few years or so — and you’ll be able to without thinking.

Even going to upload speeds, 4G offers a speed of between 8Mbps and 100Mbps, again dependent on those devices, and this is an area the government and NBN Co. will have to deal with. This is all before 5G, as well, which is poised to deliver even more.

And that’s the frustrating tail side of the mess NBN now sees itself in, competing with mobile. It wouldn’t necessarily have had to if the rollout had gone smoother, if customers hadn’t been incensed to frustration the way they are and have started looking for answers for what is wrong with the NBN, but it is where we are now.

Probably not much. It seems sad and frustrating, but this is going to be one of those areas that is continually broken by organisations — political and corporate — looking for reasons to blame and scapegoat, but the reality of the situation is we can just sit back and wait, sit back and hope cooler heads prevail and that they’re able to not only complete the rollout, but ensure the hardware is updated in the not too distant future, so that a proper fibre system is in place providing high speed internet for all Australians.

And sit back and hope NBN Co can work itself out, and that it turns a profit without trying to force the government to push telcos to charge those gradually lowering data costs and super fast mobile speeds back to the consumer, because at this rate, 4G and 5G connections feel like they could end up saving some parts of the country from the burden that was supposed to be our national high-speed connection.

Here’s hoping the rest of the country can benefit, because that’s what this project was meant to do: unite us all with fast speeds available to everyone. 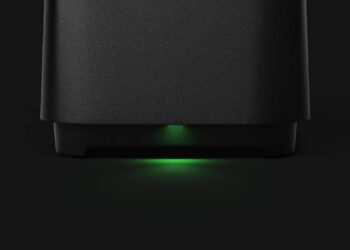