It’s not official from Apple, but it’s going to happen anyway: USB Type C will become the default standard for devices in Europe, which likely means everywhere else, too.

You’re probably used to carrying a spare cable for your phone, and if you forget to, there’s a good chance your usability suffers slightly.

Battery woes seem like they’ll never go away, so it’s a good thing there are standards to make it easy to just find cables you need in a pinch, be it at the local electronics store or maybe the convenience store on the corner. That is a convenience.

What’s not a convenience is when ports differ for little reason. Most Android devices and headphones these days use the USB Type C port that has been growing in popularity for a good five years, while some Android devices persist with the older microUSB format, though that is changing.

Meanwhile, in the world of Apple, there’s a mixture of Type C and its Lightning port, with the former on its high-end devices — M1 iPad Air, M1 iPad Pro, MacBook Air, and so on and so on — while the iPhone range and standard iPad still sport the Lightning port, plus the AirPods, AirPods Pro, and AirPods Max.

With how many Apple devices there are in the world, that means there are two standards — Type C USB and Lightning — but that will soon be just one.

The European Parliament has this week ruled that all small and medium-sized electronic devices will need to be equipped with a Type C USB port, covering “mobile phones, tablets, e-readers, earbuds, digital cameras, headphones and headsets, handheld videogame consoles and portable speakers that are rechargeable via a wired cable”, going into effect in roughly two years. That pretty much covers almost every portable electronic device, with laptops given a few more years to get on board, as well.

Laptops are already some of the way there, mind you. Most new laptops can be charged by USB Type C, but not all. One recent Asus we checked out lacked that ability, while pretty much everything else in that time has been able to take a Type C connection.

However, the news is good for standards overall, not only because it will make things easier for consumers, but also because the move has the potential to reduce the e-waste from unnecessary cables and charge packs. Rather than have tremendous amounts of cables and chargers, you’ll just have the ones you need, and they’ll charge everything.

It won’t change immediately, but it is set to change in the next few years, likely meaning hello to Type C and goodbye to every other port type. 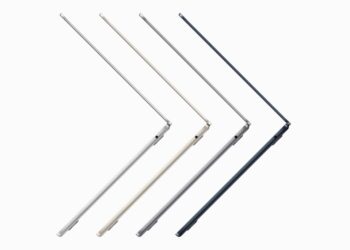