A new screen for Samsung sees a super fast refresh time in a slick style, plus a couple more with other options, too.

Gaming at home almost always means consoles, but if you’re still waiting for a PlayStation 5 to turn up in stores, and have instead hunkered down with your computer instead, you might be looking for ways to soup up that experience considerably.

While a new gaming laptop or even a new desktop component is one way to do that, improving the screen could be another, and it’s an area we’re seeing some notable improvements in lately, depending on the tech you might find yourself drawn to.

If a new screen is just what the gamer ordered, handy because it could also be useful in the work-from-home world, Samsung has a few new options on the way, as the company builds out a 4K screen sporting a whopping 240Hz panel, a first for 4K gaming screens, it seems, and coming in the rather futuristic looking Odyssey series.

Samsung’s Odyssey monitors aren’t necessarily anything new in design, and ever since we saw them at CES 2020, they’ve been impressing folks with their un-beige or standard-silver style, opting instead for something with looks taken right out of a video game. If we had to guess, we’d say Portal 2. 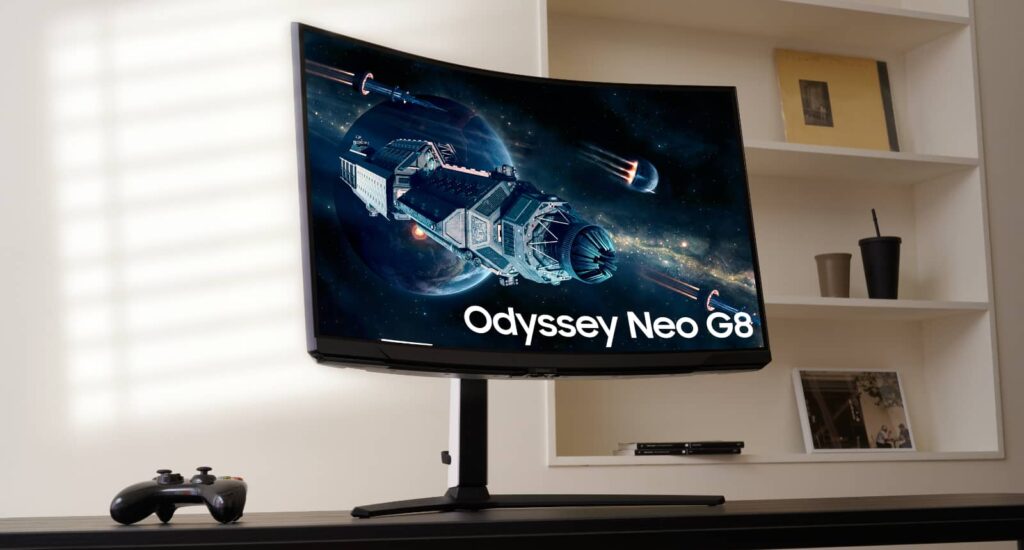 The latest is the 32 inch Odyssey Neo G8, and it continues that look, yet factors in a fast panel with similar features to what you can find in Samsung’s Neo QLED TVs this year.

As such, you’ll find an assortment of Mini LEDs to control the backlighting of the screen, a curved design, 4K resolution, and a 240Hz refresh rate, while the lighting on the back can do what Philips Hue Sync does and synchronise the colours on the screen with a light built into the back of the whole thing. 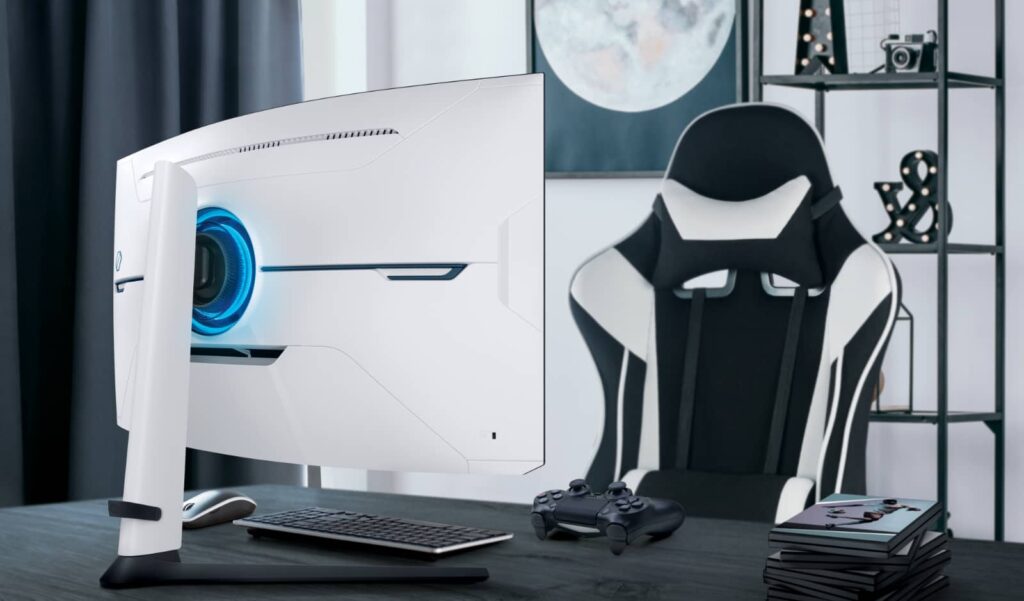 Essentially, it’s the high-end of gaming screens based on Samsung’s high-end TVs, but much like its TV range, it won’t be alone.

Another set of 240Hz gaming monitors will be made available in the 25 and 27 inch Odyssey G4, but they’ll skip the Mini-LED tech and 4K, and instead go for a Full HD 1080p panel.

And just above that, there’s another 32 inch 4K Odyssey Neo G7, which will get the Mini LED technology in a curved 32 inch size, plus that colour-matching light at the back, but opts instead for a 165Hz refresh rate on a 4K panel. 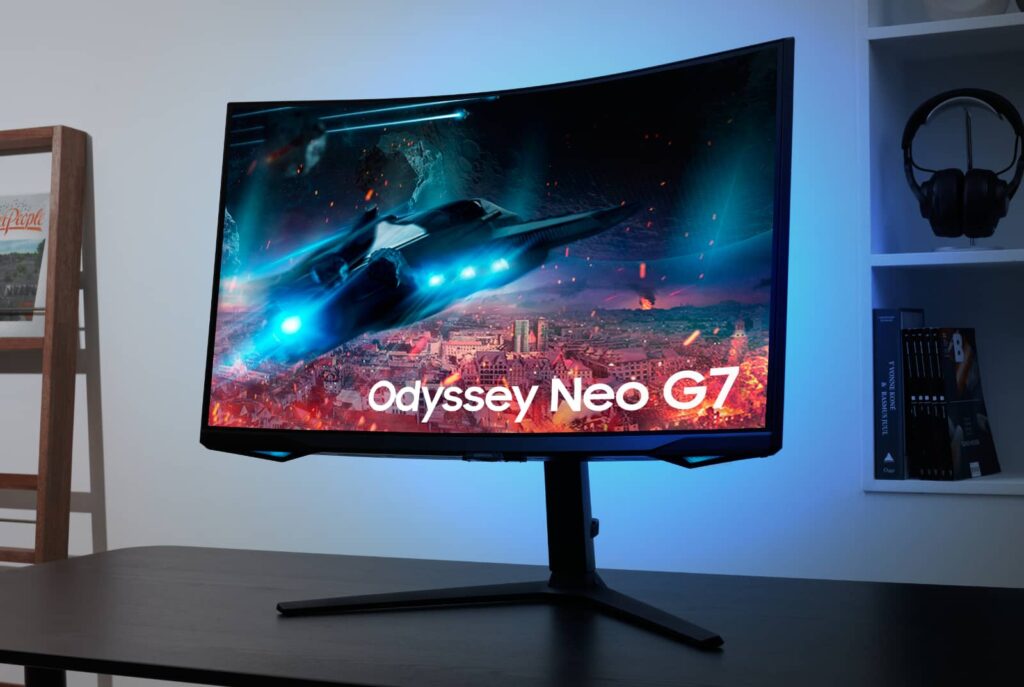 And meanwhile the flat 25 and 27 inch G4 (G40B) models will cost $499 and $549 respectively, essentially providing an assortment of choices for gamers keen on upgrading their screen, it seems.