It’s an explosion of “new”, as the tiny lights controlling the brightness in Samsung’s mini LED TVs get upgraded in Neo QLED.

The year has begun and CES is in full swing, and while the surge of Omicron and everyone’s least favourite conversation topic has meant the regular swathes of journalists and companies have mostly stayed away, the product announcements are very much a thing. So much that CES 2022 is like Johnny 5: alive.

While robotics is likely one part of the event we’ll hear more about later, one of the main big shows for CES is also kicking off, as one of the more expensive must haves for the home is upgraded and TVs are refreshed for the year.

That seems to be starting with Samsung in 2022, which has used CES to announced an update to what it launched in the Mini-LED Neo QLED TVs. Last year’s models took Samsung’s metal-coated quantum dot enhanced “QLED” screens and added thousands of tiny LEDs (Mini-LED) to make them a “Neo QLED”, one of the many acronyms surrounding new TVs, and this year, buyers of Samsung TVs can expect more of the same, but with added new-ness. 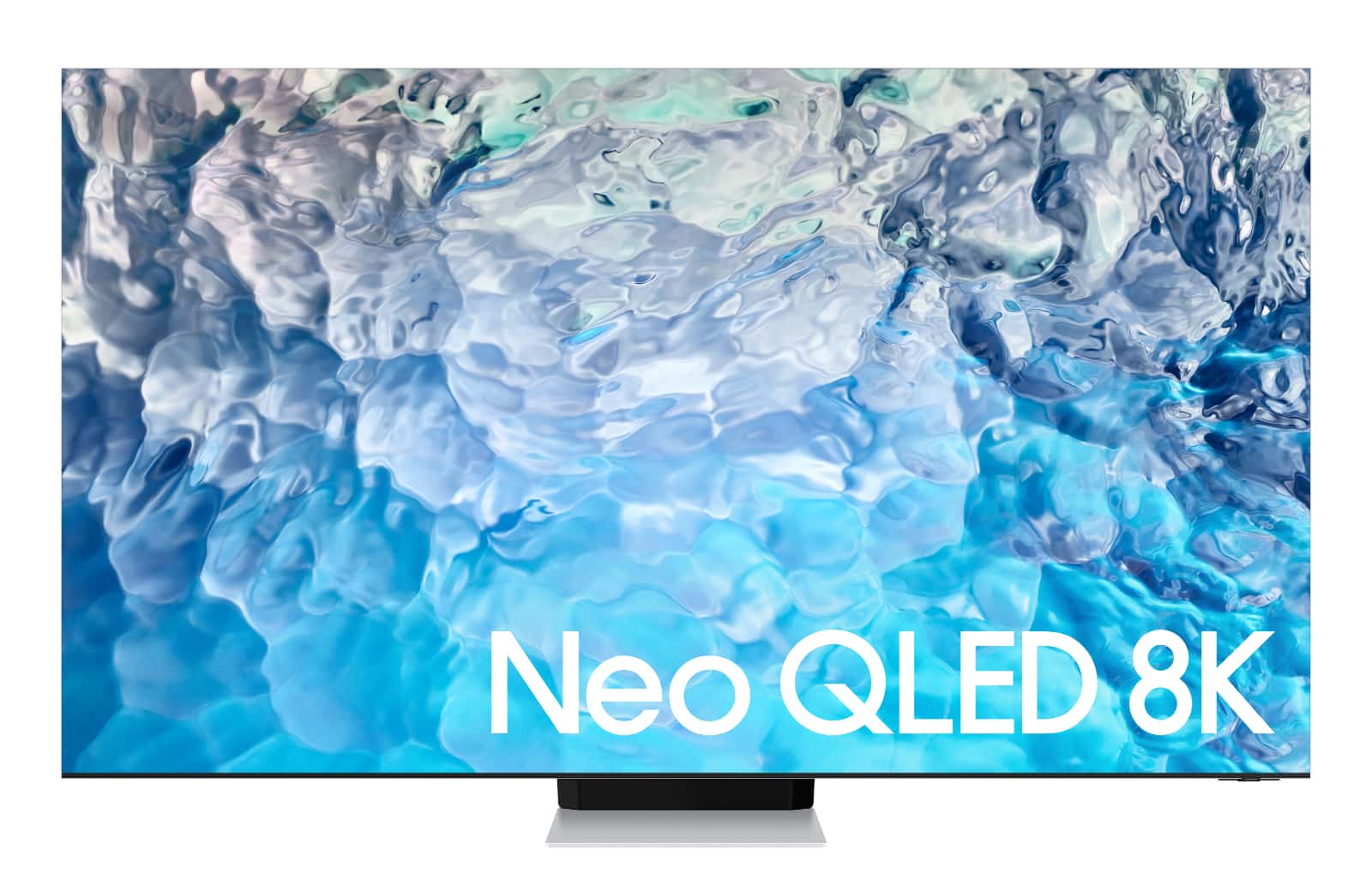 In 2022, Samsung’s approach to its high-end TVs stays on course with Mini-LED, while throwing in some new technology, with a new processor — the Neo Quantum Processor — controlling contrast better and with an increase in brightness from 12-bit to 14-bit, which in turn provides four times the brightness steps, jumping from 4096 of steps to a staggering 16,384.

The new processor also controls the light and depth better, thanks in part to technologies Samsung calls “Shape Adaptive Light” and “Real Depth Enhancer”, which essentially shape the light to match the imagery and process depth to make the images pop and stand out.

There’s even a mode to adjust the light output from the light in the room, using a built-in light sensor to change the warmth of the screen in a similar way to Apple’s True Tone technology on the iPad and iPad Pro. 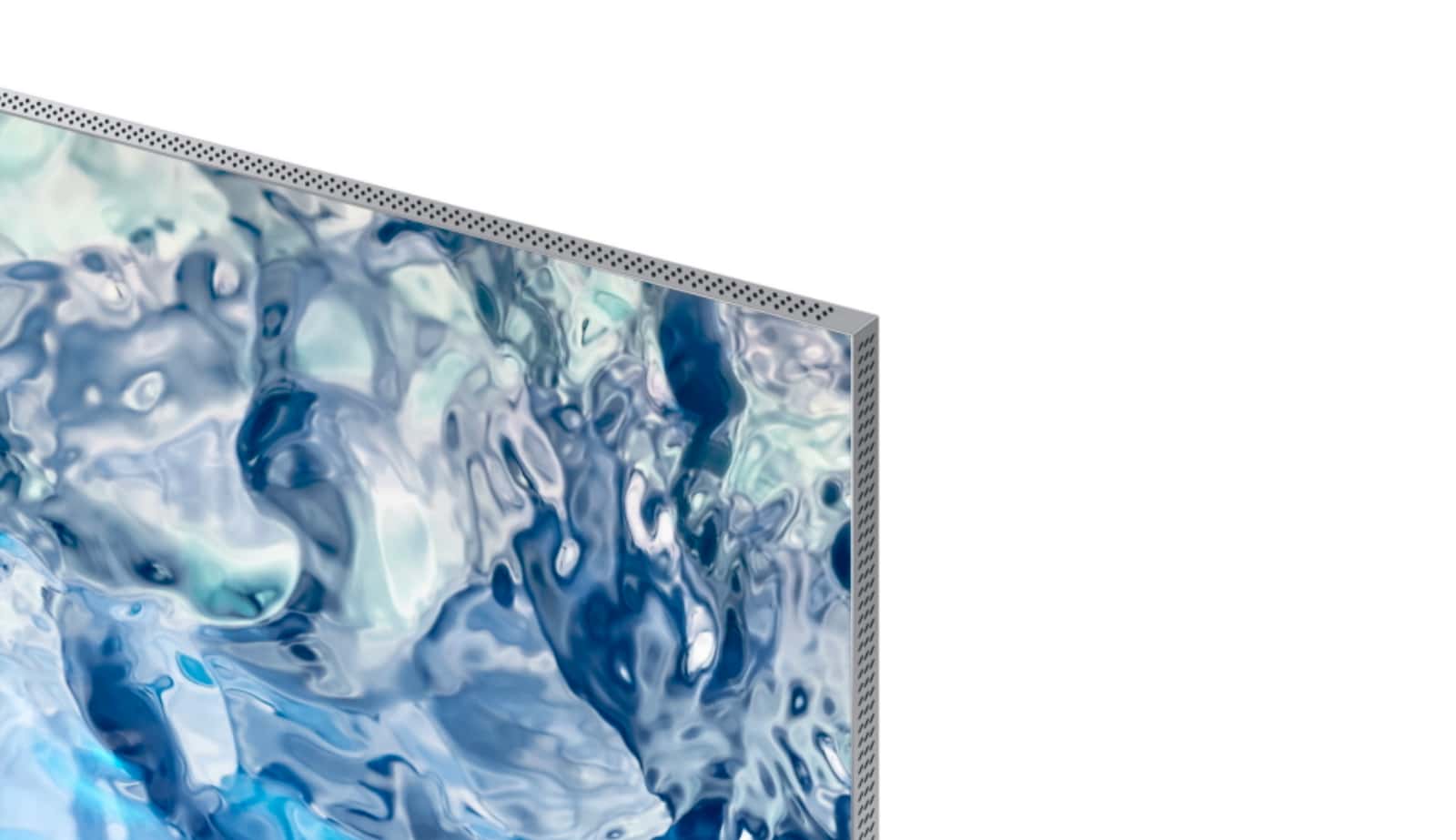 Perhaps more exciting is what’s in the sound, with Samsung including something it calls “OTS Pro”, which ignoring the random initialism appears to move the sound around the room using the TV. To do this, Samsung is including up-firing speakers in the design of its 2022 Neo QLED TVs, firing sound up and around using Dolby Atmos, and creating the sensation of moving sound in a way first set out by Samsung’s Q-Symphony concept.

Back in that model, Samsung moved the sound around using something more akin to psychoacoustics, firing sound and tricking the brain into hearing it in places, but with the speakers able to fire up and bounce in the latest models, Samsung may be able to achieve actual 3D sound from the TV, or a version of it.

“We are proud to incorporate industry-leading Dolby Atmos technology for an enhanced three-dimensional sound experience,” he said. “With multi-channel speakers now placed throughout the TV, Neo QLED delivers a dynamic sound experience that tracks the actions from all corners.”

At the same time, Samsung’s sounders will get an update, with Q-Symphony upgraded to support its new soundbars, complete with a wireless connection for Dolby Atmos in supported models. 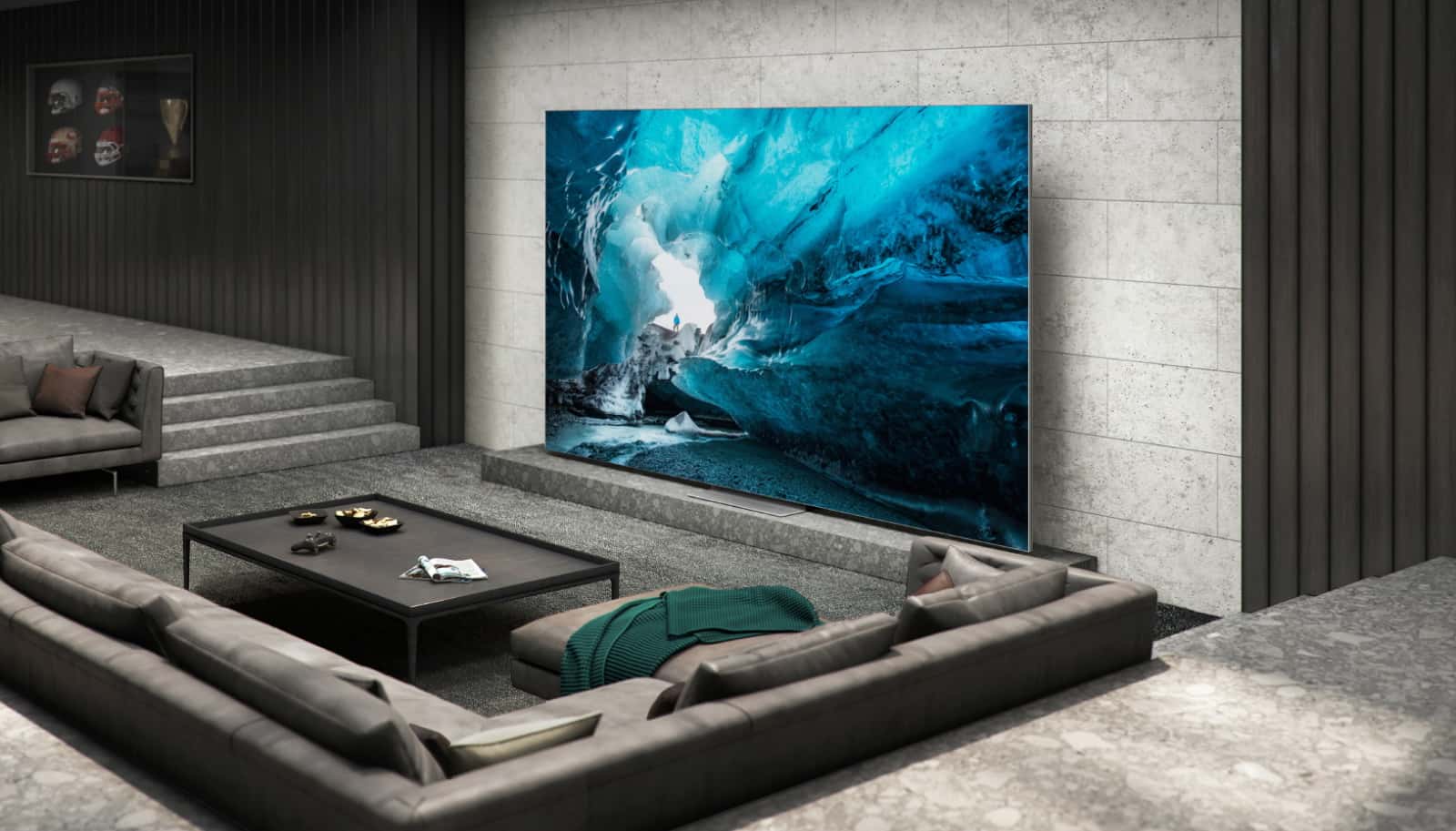 Samsung’s 2022 Neo QLED TVs aren’t the only big deal screen being launched at CES 2022, with the properly big but confusingly named Micro LED TVs also making an appearance, bringing together 25 million LEDs to screens sizes of 89 inches, 101 inches, and 110 inches for a big TV for big homes, and likely big wallets, too.

A little different from a regular TV, Micro LED is positioned as a bit of a TV-as-a-wall, working as a massive and bright TV, but also supporting up to four sources simultaneously, and even working in an art mode, running as a big wall of digital art for those who can afford it.

There’s no word on pricing yet for Samsung’s 2022 Micro LED screens, and nothing on availability in Australia, but the 2022 Neo QLED does appear on track for release locally, though there’s no pricing yet to speak of. If the regular cycle of TV changes holds true, you can probably expect release of the new models somewhere between April and June, but we expect we’ll learn more about them before then, so stay tuned. 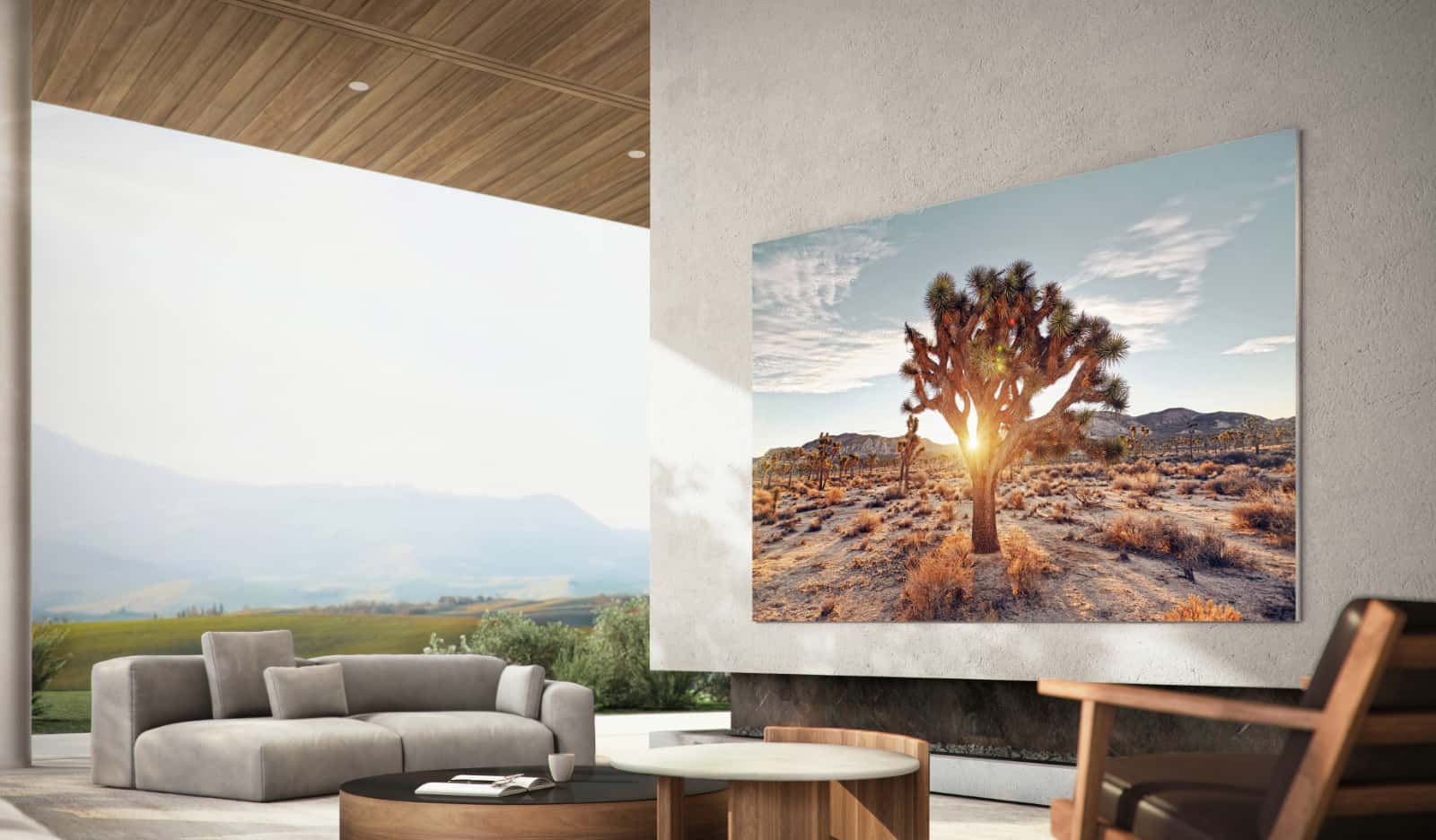