If you thought Samsung’s 108 megapixel camera was big, its next sensor is almost twice the size, and could be headed to 2022’s Galaxy phone.

Samsung could be offering us an early glimpse on what the big new camera for next year’s big new phone will look like, and it may well be the biggest phone camera yet.

The Samsung division focused on making camera sensors sent news this week of a massive 200 megapixel sensor for phones, coming in the Isocell HP1. Its name isn’t necessarily worth remembering, but its size and how it works could be, with the technology similar to the 108 megapixel sensor used across the Galaxy S21 Ultra, Galaxy S20 Ultra, and even what can be now found in Motorola’s Edge 20 range, as well.

Seeing a 108 megapixel in the mid-range means it’s not as exciting a development anymore, so a 200 megapixel sensor is even more impressive, and it’s one that can use several sets of pixels to create a bigger image.

However Samsung’s Isocell HP1 sensor can go deeper than that, using 16 pixels for every one pixel and getting out a 12 megapixel photo. Given the way Samsung’s phone cameras have, like Apple’s, focused on 12 megapixel images over the past few years, we’d say it is highly likely that will be what’s inside the Galaxy S22 next year, delivering a result that is basically built for low light by boosting the quality and acting like a much bigger sensor, capturing more light. 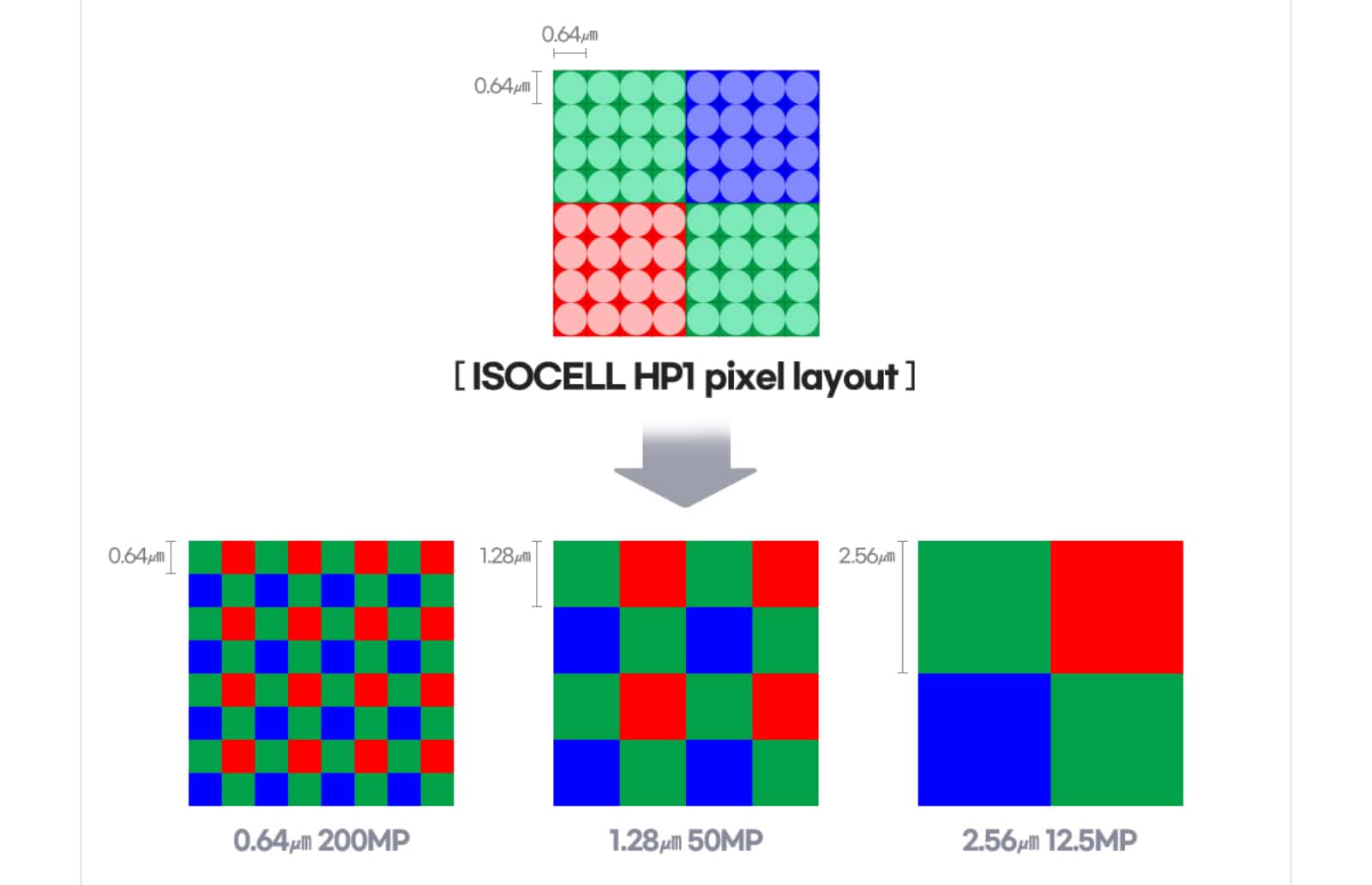 Samsung’s 200 megapixel sensor is also built for 8K video, fitting given 8K cameras on phones are one of a handful of ways to get 8K content on an 8K TV. Essentially, it can capture at 50 megapixels for 8K and scale the resolution to full 8K without cropping.

It’s not the only sensor being announced, with another new chip, the Isocell GN5 using two sets of photodiodes near each pixel to recognise pattern changes, basically acting as a form of super quick focusing technology.

We’re not sure whether that will be something coming to Samsung’s phones in the short term, and while impressive, it’s certainly not as showstopping as 200 megapixels and 16 times the quality in low-light, what is roughly being thought up with that big sensor, but it’s a good bet they’ll be talked up some time in Samsung’s phones in the new year.