It’s not just a few new phones from Samsung this week, with a few new tablets on the way, as well.

Even though the big focus for this week’s Samsung event was on the expected S22 phones, one of which even harks back to the “Note” range of mobiles Samsung used to offer, smartphones weren’t the only star of the show. Rather, there was something else, with three devices that were even bigger than the 6.8 inch screen of the S22 Ultra.

Outside of phones, Samsung also used its first major launch of 2022 to talk up the Tab S8 tablet, which like the S22 phone will come in three sizes: regular, plus, and “ultra”.

It’s effectively a difference of 11 inches, 12.4 inches, and 14.6 inches, with Samsung making a Goldilocks of tablets, but asking you to find the one which is just right, at least for you.

Inside, they’ll be fairly similar, with an eight-core processor and between 8 and 16GB RAM dependent on the device, plus between 128GB and 512GB storage, plus a microSD card slot to expand it further.

They’ll all run on Android 12 and come with a few cameras, offering two at the back and one at the front, and there are even options for 5G if you want to pay extra, however the battery, screen res, and thickness will vary quite dramatically between the models of Tab S8.

On the 11 inch Galaxy Tab S8, there’s a 2560×1600 screen, but not an AMOLED, a surprise given Samsung typically releases devices with AMOLED displays. It’ll come in a tablet measuring 6.3mm and with an 8000mAh battery. 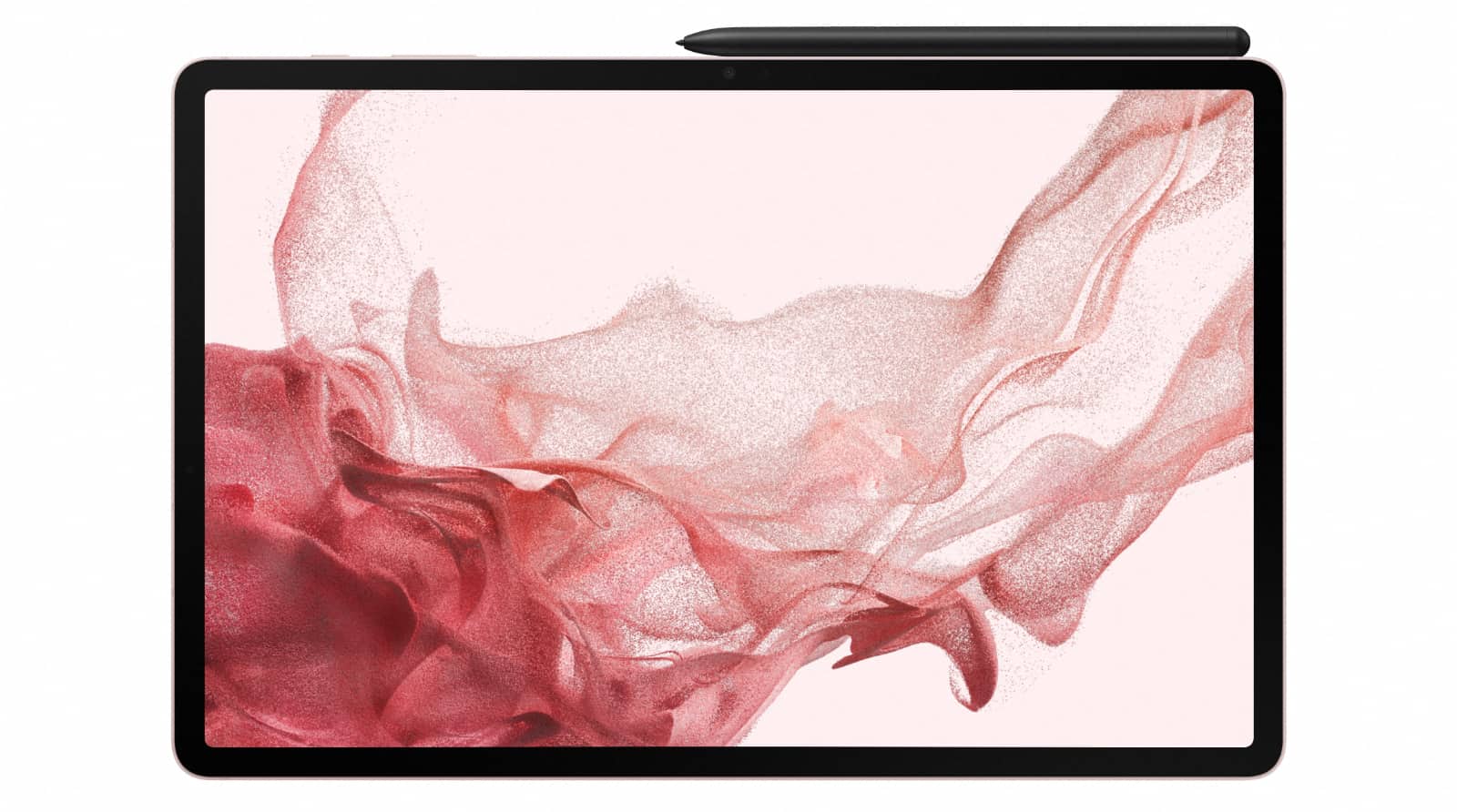 And in the biggest of the bunch, the 14.6 inch Tab S8 Ultra sports a 2960×1848 Super AMOLED in a 5.5mm thickness and packing an 11200mAh battery. In short, they’re thin but with large screens and batteries, handy for folks who prefer an Android tablet made to last a while and not weigh them down. 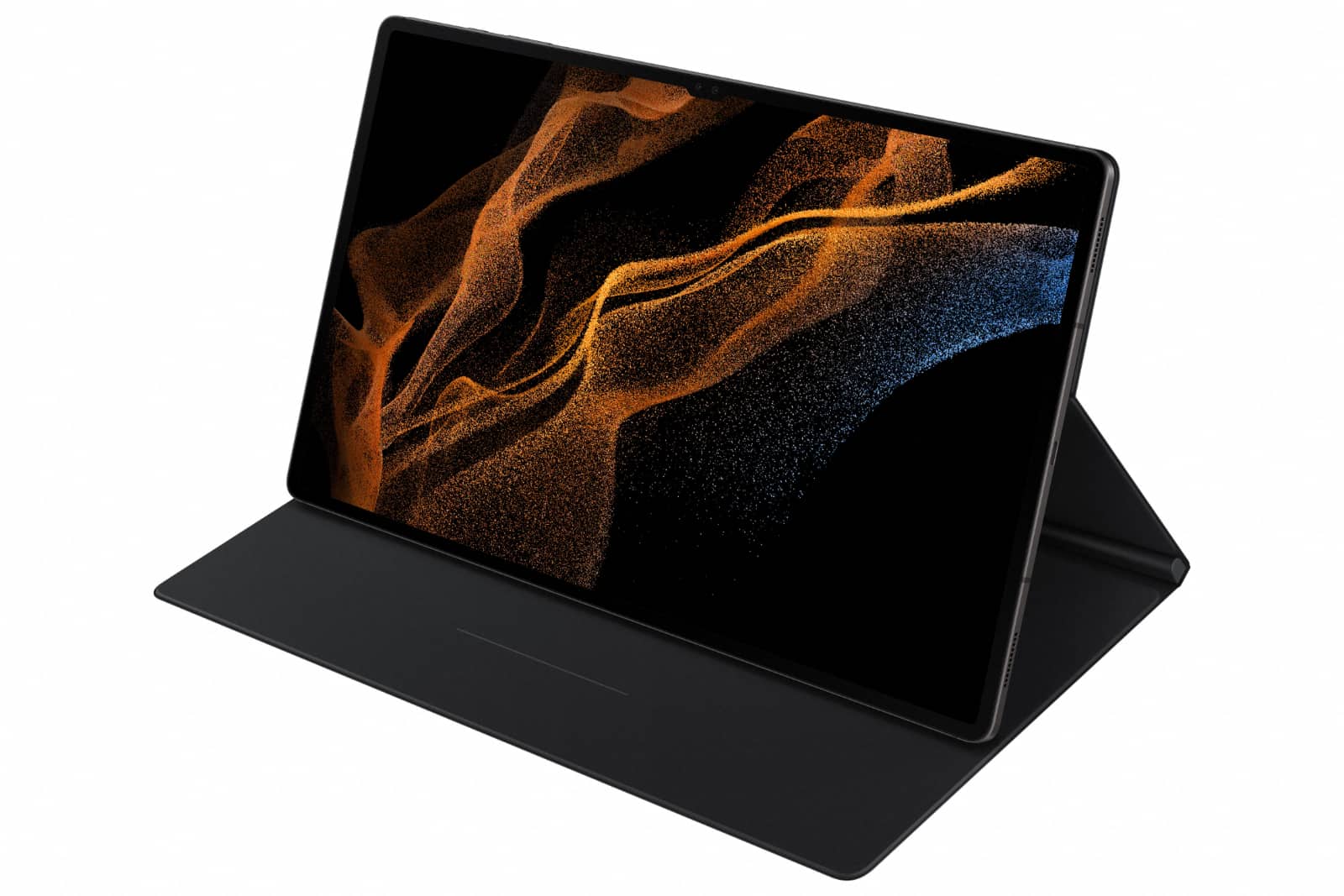 We’ve not held the Tab S8 models yet, so haven’t been able to experience the sort of streicheleinheit or feeling of affection you might have with other devices in your life, particularly if you’re used to your phone and couldn’t part with it, but the design reads like an iPad Pro, and we’re clear fans of that.

All you really need to do is glance at the Tab S8 and you can see it, with a slim bezel, flat edges, and even a notch in the screen reminiscent of the one Apple used on the 2021 MacBook Pro.

The larger models, the Tab S8+ and Tab S8 Ultra, will also come with an S-Pen, allowing you take notes and draw on the device, much like you can on the S22 Ultra, as well as Samsung’s hybrid foldable phone, the Galaxy Z Fold 3.

There will also be accessories, including a cover that lets you keep the S-Pen with the tablet, and there’s a keyboard cover if you’re keen to turn that Ultra tablet into a large tablet-laptop hybrid, but neither model will be cheap to start with.

In Australia, the Tab S8 will start from $1099, while the larger S8+ starts from $1449, and the Ultra from $1749. Availability is from March 4, alongside those new phones Samsung is talking about. 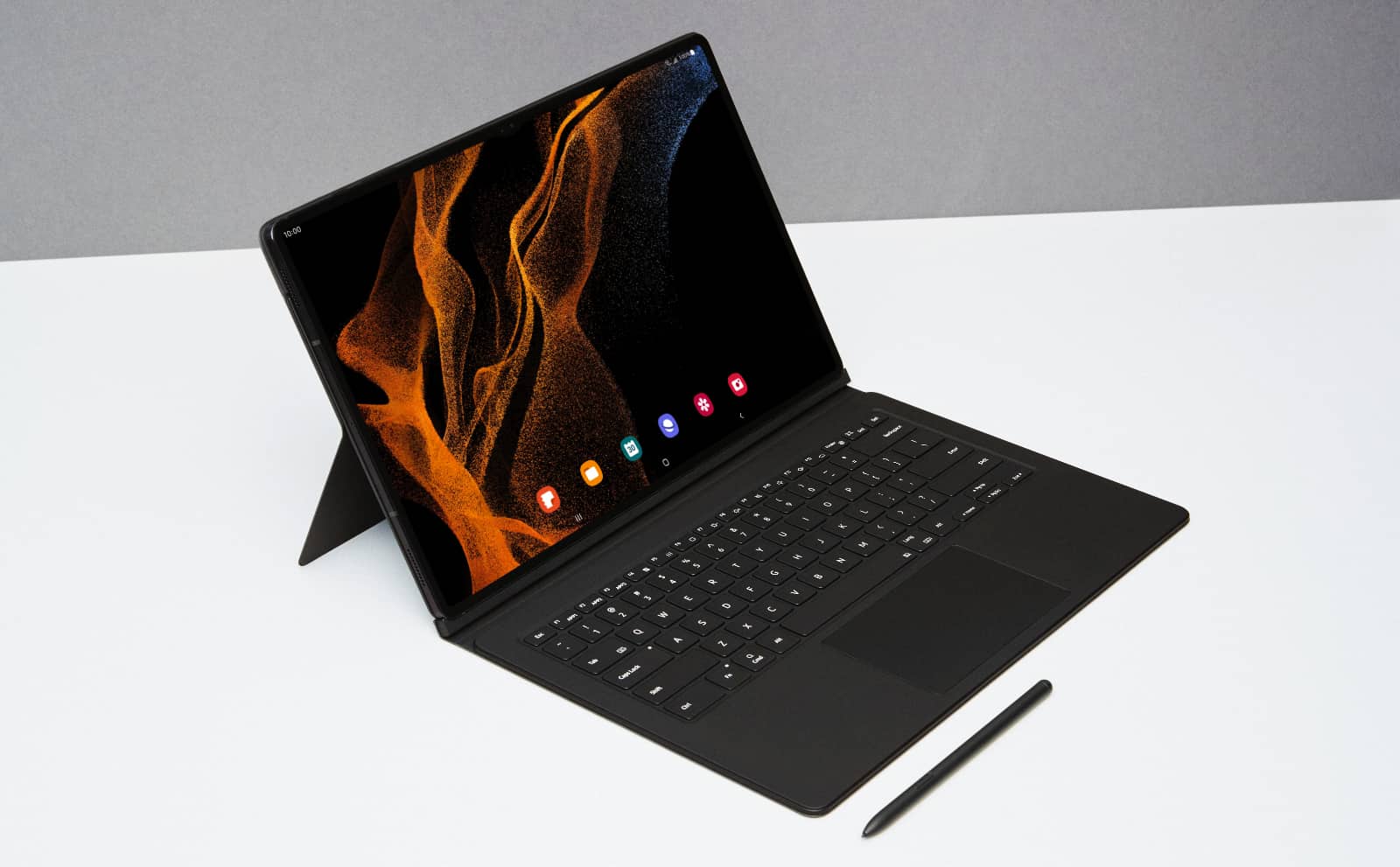