We’ve seen the idea of neck-mounted speakers before, but Panasonic’s stab on the category is all about getting sound to gamers without touching their ears.

There are some definitely distinct takes on portable sound out there, and if you don’t fancy a pair of headphones, there are other choices to play with. Sony has its LinkBuds with a ring-shaped driver, Bose has a pair of glasses you can listen to music through, and if you feel like using the power of your skull, there are always bone conduction earphones, as well.

But if all of these are just a little too normal for you, and the idea of anything going near your face is too much to take, there’s also another style making a bit of a come back: speakers worn around your neck.

It’s another of the personal sound styles that you can link up to phones, tablets, computers, and gaming systems that supports cables, but it’s one you wear around your neck, and something Panasonic has decided to get into, a few years after LG tried it hands at that very thing. 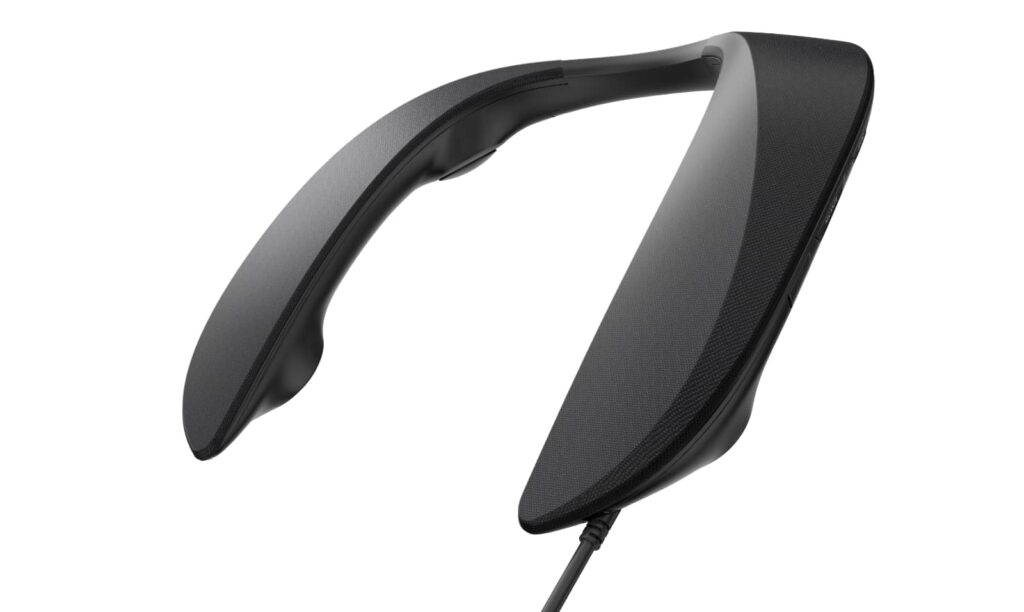 In the Panasonic SoundSlayer — yep, that its name — the gadget worn around the neck uses four speakers configured to fire sound up around a listener and gamer, essentially creating a form of personalised speaker surround worn on the body. Also known as the GN01, Panasonic’s wearable speaker skips Bluetooth in favour of USB and 3.5mm connections, avoiding potential lag from wireless sound and just going straight for the cord.

Microphones are included in the package, two of them specifically, with noise and echo cancellation built into the mics, but not into the speakers. While the Panasonic GN01 SoundSlayer isn’t something you’ll want to wear in public and won’t cancel out the world (if anything, it would add sound to it), the microphones are built to deal with the sound you’re hearing to let you speak over it.

The focus here is clearly on gaming, though, with support for PlayStation, Xbox, Windows, and Nintendo Switch, with three sound modes built for gaming, including one built with the Final Fantasy XIV Online sound team, essentially emphasising aspects of the audio for Role Playing Games. 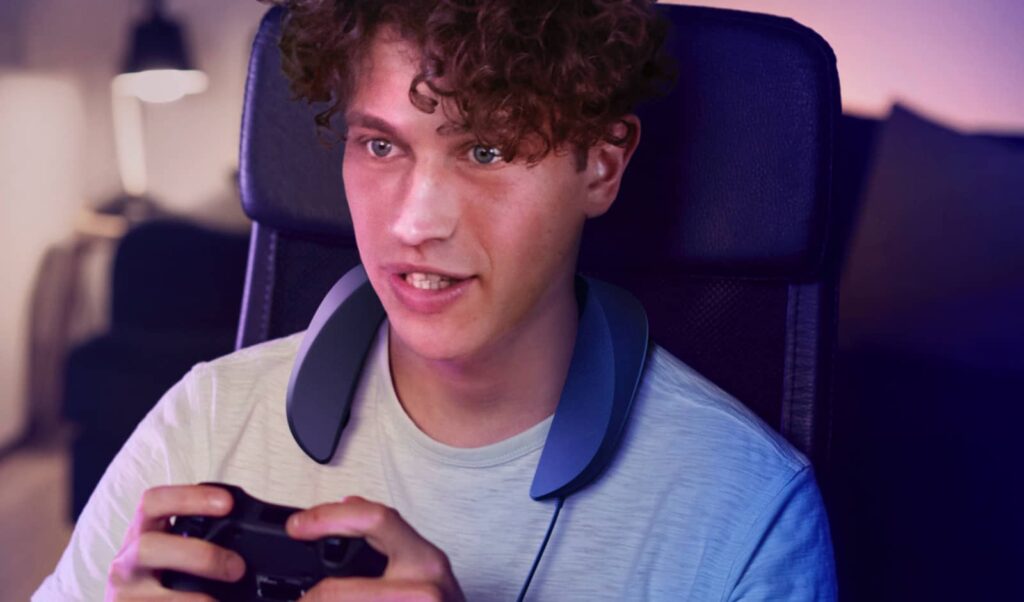 “At the heart of every enjoyable video game experience is powerful and authentic sound and Panasonic is proud to support gamers with a rich audio experience and ultimate comfort via the SoundSlayer Speaker,” said Aaron Waters, Product Marketing Manager for Imaging & Technics at Panasonic Australia. 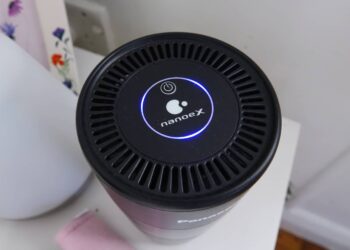