Australia’s take on earphones personalised just for your ears gets better, as the NuraTrue Pro improves on what worked last time, as we go ears-on.

There’s no “one” way to make the best earphones, as the wide assortment of earphone choices reveals. With just so many choices out there of gadgets for people to shove in their ears, there are lots of styles and sounds and designs and such for people to experience the audio they find awesome.

And while there are lots of different choices, many are variations on a theme. A driver tweaked and designed, paired with a processing chip or two, encased in an earpieces meant to be held securely tends to be the bulk of what you find, with each company doing it slightly differently.

Apple and Bose like a balanced sound with strength across the lows, mids, and highs, while Sony and Sennheiser tend to push towards warmer renditions with more in the mids and lows, something you can also hear in the signature sound of Bang & Olufsen earphones. All this despite the obvious fact that we all hear things differently.

That one point is one of the key aspects that makes Australia’s Nura a little different from the other headphone makers of the world. One of three Australian headphone companies doing it differently, Nura has been tweaking its headphones for several years now, building a style of gadget that tests your ears by firing sounds at it, and creating a profile focused on you and only you.

Last year, it moved beyond the wired style we’d seen prior to the world of truly wireless, and while the NuraTrue were the best pair we’d seen from Nura thus far, they still needed something else.

Fortunately, Nura has been working away at it, and has something new to show in the NuraTrue Pro.

What is the NuraTrue Pro?

Built from the design of what worked in the NuraTrue before them, the NuraTrue Pro will look very familiar. In fact, if you take them out of the case and compare them side-by-side, they almost look identical.

We’ve almost accidentally thrown them into the wrong case at least once during this hands-on review period.

They are different, though, with a shiny trim separating them, plus a case that sees support for wireless charging thrown in.

It’s more than just a case design, with support for AptX Lossless, a Qualcomm technology to deliver 16-bit 44.1kHz in lossless with recent phones, or over wireless or 24-bit 96kHz lossy in wireless, handy for the audiophiles out there. That lossless feature will need a very new phone with Qualcomm Snapdragon 8+ Gen 1 models, but it should be coming to more models in the near future.

Nura is also bringing some adaptive noise cancellation technology in the package that will constantly test the surroundings, using three microphones on each side and filtering the noise out of what you hear.

Meanwhile, Bluetooth has been improved to version 5.3 in the NuraTrue Pro, while the voice pickup technology is being handled using a bone conduction sensor, built to improve the sound when you talk on calls. And there’s also an equaliser feature to let you tune the earphones to your own needs.

Nura’s other features are still very much a part of the package, including its otoacoustic hearing check functionality which measures your hearing and customises the sound to suit, while the battery life is set to offer 8 hours with another 24 in the case.

Interestingly, Nura’s new earphones aren’t going to be on store shelves straight away, with the company offering the NuraTrue Pro on Kickstarter first, a good five years since the company used the crowdfunding site to ramp up for the headphone generation, originally called the “Nuraphones”.

With the NuraTrue Pro, Kickstarter will see the earphones at a bit of a discount, with as much as 40 percent off, though the retail cost of the earphones will be $499 when they launch in Australia, expected in Q3 2022, the company says. 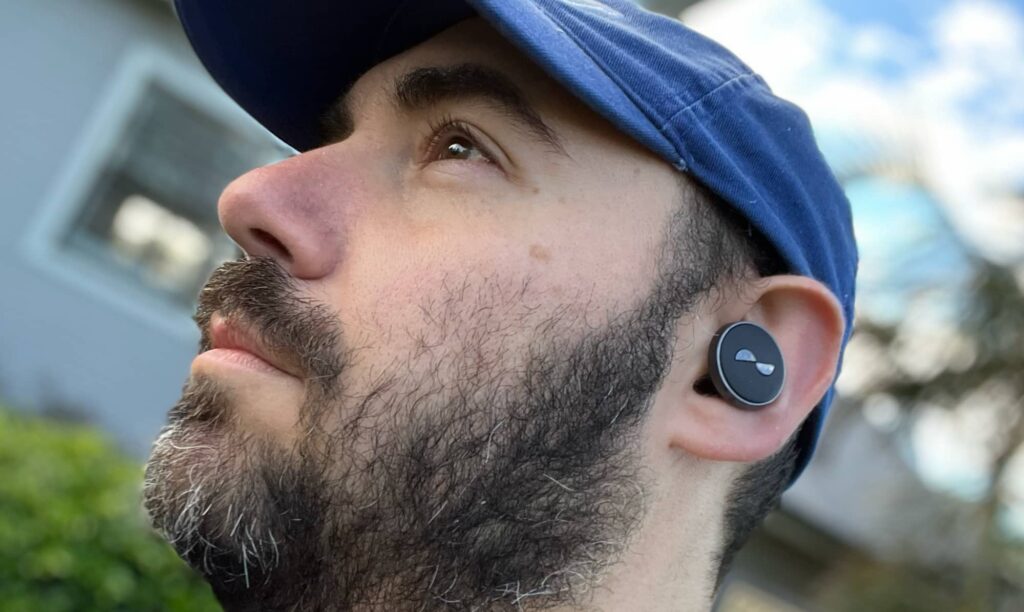 While Nura’s higher grade truly wireless earphones aren’t set for release until later on the year, the Australian company has been letting this Australian reviewer go ears on for over a week, and we have some thoughts.

First up are what they include, with foam tips included as part of the package, a change from just the usual silicone and a hint these are meant to properly isolate.

Throw them in and register the NuraTrue Pro to the app to find the usual Nura ear test process, which is much faster this time around. We ran it a few times, and it ranged between 20 and 45 seconds depending on where we were. That’s an improvement, though if you’ve never used Nura earphones before, you mightn’t realise.

Once that profile is ready, though, expect to hear some solid sound, with the usually balanced approach for Nura’s sound coming off more warm than balanced. The mids and lows feel more heightened on our pre-production pair, with the sound detailed, too.

This isn’t a review — we’ll save that for the full review unit — but the feeling is good in our initial tests, and there’s something else to be happy about, too: spatial audio.

If you subscribe to Apple Music already, you may be aware of the rollout of Dolby Atmos spatial audio, a rendition of music that creates a more three dimensional feel thanks to how the sound is processed. Spatial audio on Apple Music has the potential to work with any pair of headphones, though a head-tracked variant only works with a select few from Apple and Beats, namely the AirPods 3, AirPods Pro, AirPods Max, and Beats Fit Pro.

Up until now, spatial audio has only worked on Apple Music, and Nura’s new earphones change that.

A feature on the app allows you to turn on Spatial Audio for the earphones, giving them a more studio sound and working in any app. We tested in YouTube Music, and there’s definitely a different sound with a touch more spatial awareness, emulated as it is, and something you can switch on and off.

The result is something that kind of makes music sound a little more centred, and you within it. While there’s no head tracking, the support of spatial audio across any app means you don’t just need Apple Music on an iPhone, and can use an app of your own choice to play spatial. Handy.

We’re still playing with the features, but it’s a good beginning, with the sound profile coming off more like what Sennheiser recently delivered in the Momentum True Wireless 3, or even Sony’s WF-1000XM4. Given the price, it’s probably just about right, and should make for some solid competition when they arrive properly later in the year. 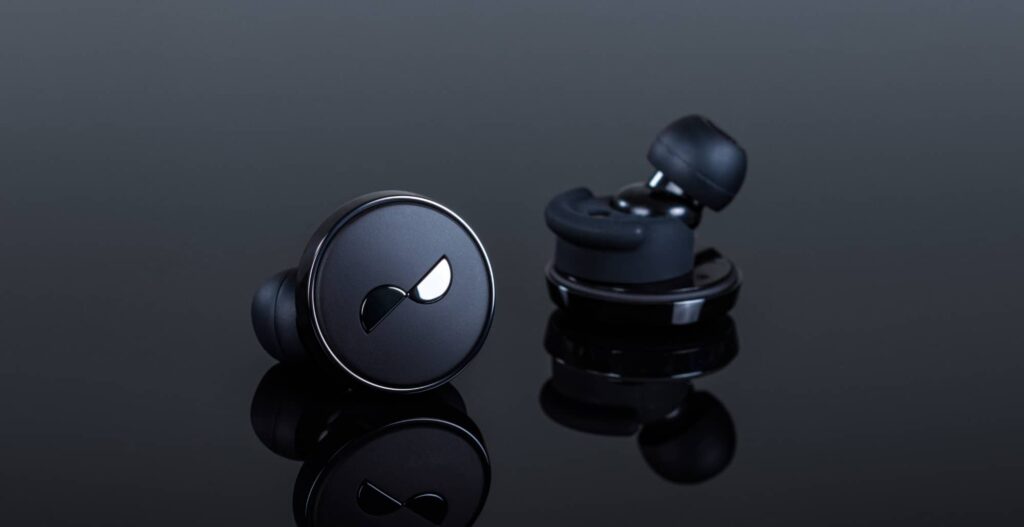