One of the first phones to look truly different has been announced, but is it more than looks, and will it show its style in Australia?

While every phone comes with a different feature set, there’s a good chance that your phone is going to look similar to another phone you see. That’s not your fault, but rather because phones offer specific styles these days.

A screen on the front and one colour of glass, plastic, or metal at the back, phones these days tend to be very same-samey. It’s normal, and nothing super surprising.

But that’s not always the case. Gaming phones tend to offer a different look, and the first phone from Nothing is also in that bunch, as a new Android phone turns up with a mid-range spec sheet and a totally different look.

It’s been hinted at for some time, but Nothing’s transparent take on technology is making its way beyond the transparent noise cancelling earphones the company launched last year in the Ear 1.

Clearly meant to be used alongside it, Nothing’s second gadget is the Phone 1 (or the “Phone (1)” if you use the exact wording), and it borrows from the familiar phone template while giving the design a bit of a different spin. 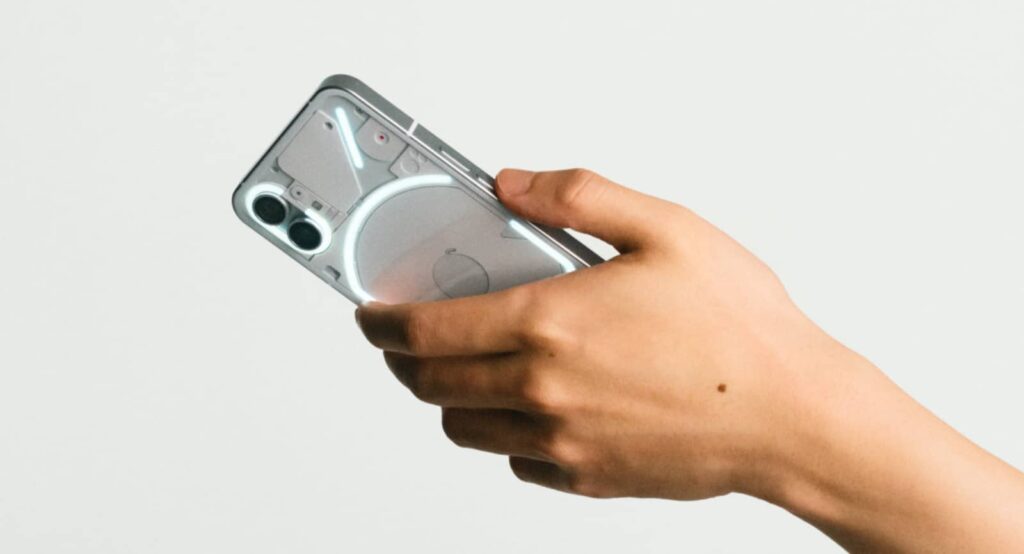 On the front is a 6.55 inch 120Hz OLED screen, so nothing necessarily spectacular there, and the same might be true for its mid-range approach to hardware. There’s a Qualcomm 778G+ chip with either 8GB or 12GB RAM, and either 128 or 256GB storage, while the connections cover USB Type C, WiFi, Bluetooth, GPS, NFC, and 5G. That’s a mid-range phone these days.

On the back, you’ll find two 50 megapixel cameras, one wide and one ultra-wide, and then a totally different look.

While most phones sport a simple look, the Gorilla Glass back is transparent, allowing you to see through to what’s going on in the back of the phone, complete with some light strips that can be triggered at different times. It’s a look that can light up for calls, notifications, and other things, using an approach Nothing calls “glyphs” which are basically light-based notifications.

That’s one major part of what makes the Nothing Phone 1 different, with its different look arriving in either white or black, and sporting flat edges similar to the current iPhone range.

It’ll also get a version of Android with Nothing’s launcher over the top, something Nothing calls “Nothing OS”, but the big question is will we get something at all in Australia? 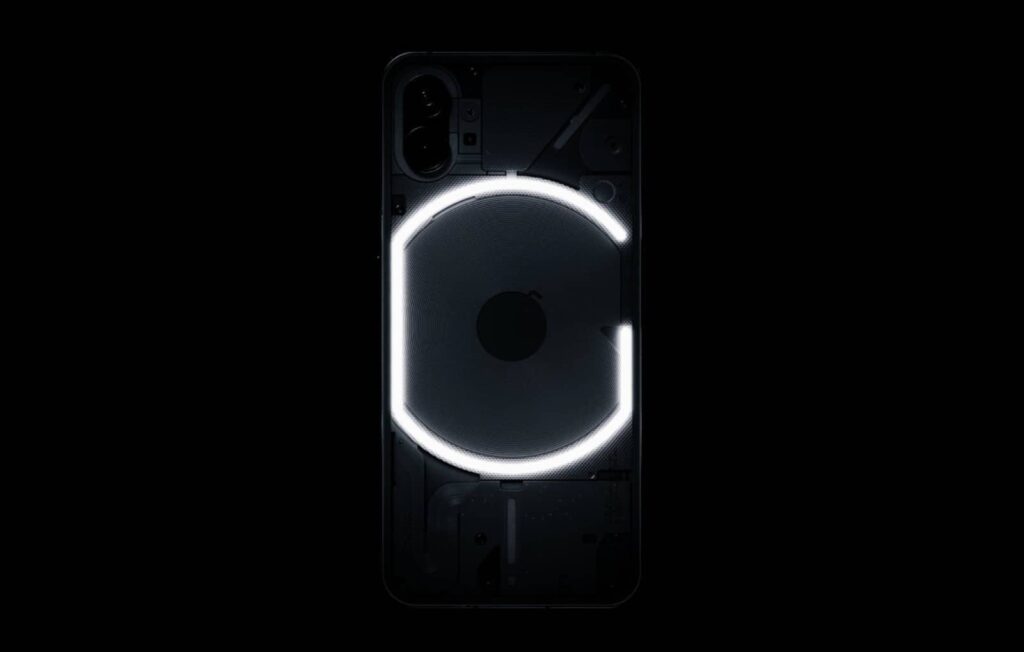 Will Nothing launch the Phone 1 in Australia?

Initially it seems that Nothing’s Phone 1 won’t be launched in stores in Australia.

There’s been no word from local carriers that Nothing’s phone will launch locally, while Nothing’s stockist locations covers the UK, Singapore, Sweden, Hong Kong, and a bunch of other places. However, one place missing in action is Australia, with no stores set for the launch just yet, it seems.

That doesn’t mean Aussies won’t be able to order it, though, with Nothing listing it for sale on its website from $749 outright, and set to arrive in late July.