The mid-range of 5G is expanding with yet more choice, as Motorola gets in with two more, plus a budget 4G model.

An assortment of devices can make it hard to pick, but competition is good for folks buying, providing choice in feature set and price. It’s an area Motorola knows fairly well, and has been gradually making more of a dent in since its return to Australia.

While we’ve not seen a whole heap of properly high-end phones from Moto in recent years — how long has it been since the first and last foldable Razr phone? — mid-range models appears to be where the local Moto is focused, and there are a few new models there.

It’ll be 5G as well, but one of the main differences is the chip, with a shift down from the Snapdragon 8 Gen 1 in the Edge 30 Pro back to a midrange focused Snapdragon 778 Plus, alongside 8GB RAM and 128GB storage.

Moto’s second Edge 30 model is joined by another mid-range model, in what looks like a replacement to one of last year’s mid-range 5G Moto models, G 5G Plus, coming in the G82 5G. We’re not sure where the numbers changed so dramatically, but this will be a 6.6 inch AMOLED phone with a single 50 megapixel camera plus an 8 megapixel camera sporting an ultra-wide camera that can be used for the depth shots in portraiture, and another 2 megapixel camera at the back, as well.

Finally, there’s one extra phone that misses out on the 5G love, but does keep the price low, launching in the Moto E32, a $229 6.5 inch phone that only gets an HD+ screen, but does see a big battery underneath three less impressive cameras: a 16 megapixel main, plus two 2 megapixel cameras for macro and depth.

“If there’s one thing Motorola is known for doing well, it is creating smartphones with premium features and capabilities at prices that don’t break the bank,” said Kurt Bonnici, Head of Motorola in Australia and New Zealand.

“This is because we have constantly challenged ourselves to continue delivering our products based on what our consumers want: a high-end smartphone experience without the hefty price tag.”

While the Edge 30 certainly is closer to fitting the bill Bonnici describes, it’s hard to say that about the others. The E32 is definitely way out of high-end territory, while the G82 could deliver a decent experience without spending too much, something we’ve found on other Moto mid-range models like the Edge 20 Fusion.

All three looks set to arrive in stores shortly, though, so you’ll be able to see whether they match up for yourself. 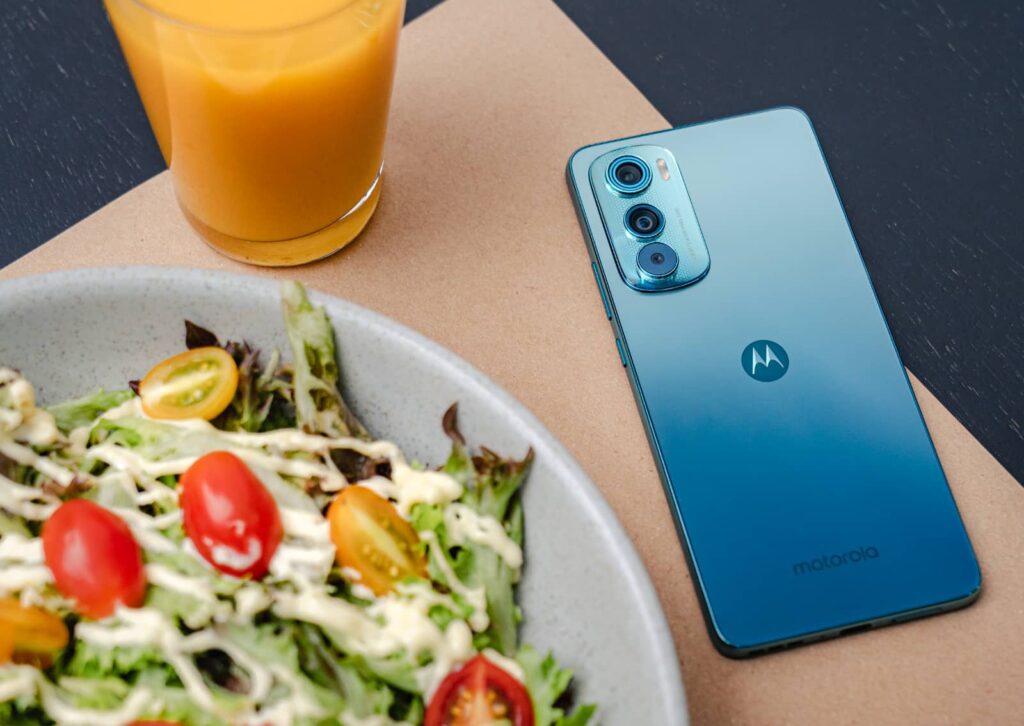