Watching TV with ads might be a thing again for Disney, Marvel, Pixar, Star Wars, National Geographic, and Fox come next year.

It’s been a little over two years since Disney entered the streaming TV service game and brought with it more than just Disney titles, and things have been progressing. While it might have started out as a service for kids and kids-at-heart, rolling out Marvel, Star Wars, and quite a bit of adult programming from Fox vis “Star” has improved things for people who mightn’t care for the younger style of programming, providing plenty of content.

Early last year, subscribers had to contend with a price increase to the Disney+ service, and that might have made some people say no, especially as they navigate the complexity of being subscribed to so many services out there.

In Australia alone, there’s Disney+, Netflix, Stan, Amazon Prime, Binge, and that’s before you get to the niche services plus Australia’s assortment of catch-up TV services. There is quite a bit to subscribe to, and that can make a dent on your budget.

Catch-up TV tends to get around this by being either ad-free (ABC) or ad-supported (Seven and Nine), but that last strategy might be one coming to Disney internationally next year.

An announcement made to end the week, Disney has signalled that it will introduce an ad-supported version of Disney+ in the US later this year, with international versions next year.

That could mean a drop in price for people keen to see what Disney+ is all about, provided they don’t mind watching with the odd ad here and there, something that will undoubtedly make Disney some more money on the side.

As to what that cost will be, Disney hasn’t announced that yet, and we doubt we’ll see local Australian pricing for the Disney+ ad-supported until next year at the earliest. But if you were looking for ways to consolidate and cut back on how many streaming services you subscribe to, provided you don’t mind the ads, it appears something might well be coming. 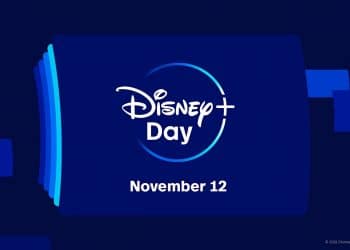