The world of the gaming phone is getting more than just a bigger screen, as Asus amps up the speed and tech under the hood of its latest Republic of Gamers phone.

You only need to look at the app store for every phone platform to see how games are making a dent, or even to the world of mobile gaming consoles to see the impact phones have on them.

We all carry phones with us, day in and day out, and so gaming on the phone makes a lot of sense, especially given most phones can game without any extra special needs. You don’t need a dedicated portable gaming console to play mobile games, but the better the hardware, the better the experience is likely to be.

Flagships rule the roost when it comes to mobile games, but there’s also a style of phone specific to gamer needs, and it comes with specs and designs amped up to serve that crowd.

We’ve seen the style before, previously in the Razer Phone and even the Asus Republic of Gamers “ROG Phone” range, with the latter of those returning for another round. We’ve seen it before in the ROG Phone 2 and ROG Phone 3, and now it’s time for round six (fight). 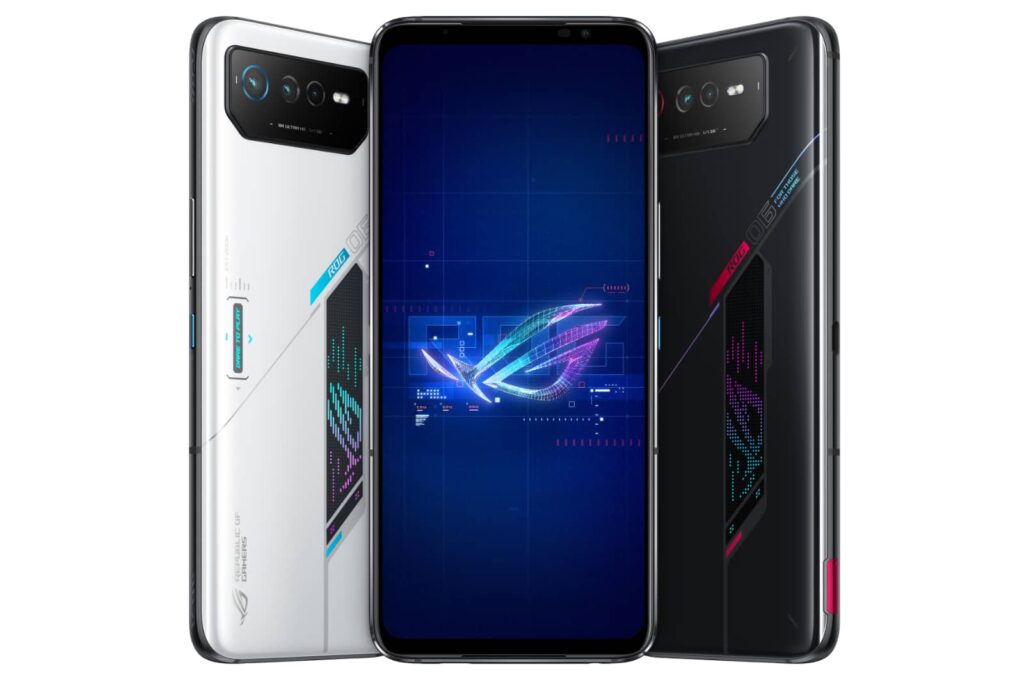 The latest looks set to launch this month and bring with it a heap of features focused on gamers, including a big and fast screen, a massive amount of storage and memory, a high-speed chip, special cooling, extra touch controls, and even a massive battery to keep it going.

Two models are on the way in the ROG Phone 6 and ROG Phone 6 Pro, variations on a theme that are very similar, with differences in the design and storage.

Both models feature a high-speed Qualcomm Snapdragon 8+ Gen 1, with support for Bluetooth 5.2 and WiFi 6W, and sit beneath a massive 6.78 inch AMOLED touchscreen sporting a resolution of 2448×1080, while also being quite fast. As such, you’ll find a display able to push screen animations as fast as 165Hz, though Asus will be able to control that automatically, switching off to conserve battery and firing up when needed.

Three cameras can be found on the back, with a 50 megapixel standard wide, a 13 megapixel ultra-wide, and a 5 megapixel macro, while a 12 megapixel sits up front. And there’s a staggering 6000mAh battery, which may be one of the biggest phone batteries out there. 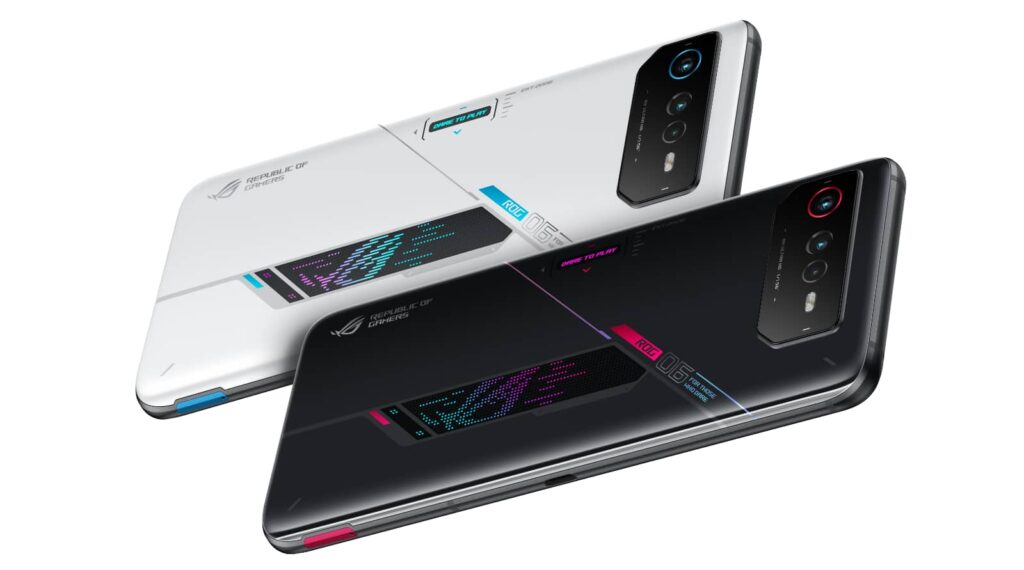 There’s also a fingerprint sensor, facial login, and a bunch of stuff regardless of the ROG Phone 6 model focused on gamers, such as Bluetooth low-latency sound using Qualcomm’s Snapdragon Sound, a quad DAC system and a spatial sound system tweaked by Dirac which has seen its tech used recently for the NuraTrue Pro earphones, as well. Gamers keen to pump up the power of the hardware will find a cooling system built in, helping as ROG Phone 6 owners can fine-tune the performance to match games, while letting the cooler keep things, well, cool.

The design is pretty out there and future-focused, but depending on if you opt for the ROG Phone 6 and ROG Phone 6 Pro, there’s also a major difference in design: both will get a futuristic look complete with a light-up section, but the “Pro” model will also sport an LCD at the back to light up animations and notifications. It’s not quite what Nothing’s Phone 1 is doing with lights, but is definitely a gamer-centric take on the idea, it seems.

Outside of that design element, Asus is seeing up to 16GB RAM and up to 512GB storage in the standard ROG Phone 6, while the Pro model sports 18GB RAM and 512GB as it is.

In short, the ROG Phone 6 range appears focused on high-end gamer needs almost entirely, and will have optional accessories to go alongside, including an external cooler.

As to how much they’ll cost, that’s something Asus hasn’t quite said, leaving it open, though our expectations aren’t inexpensive. Between the big screen, big battery, and big performance, it’s likely you’ll be paying a pretty penny for what comes next, though we can’t wait to find out what it’s like, and if takes the mobile experience somewhere new. 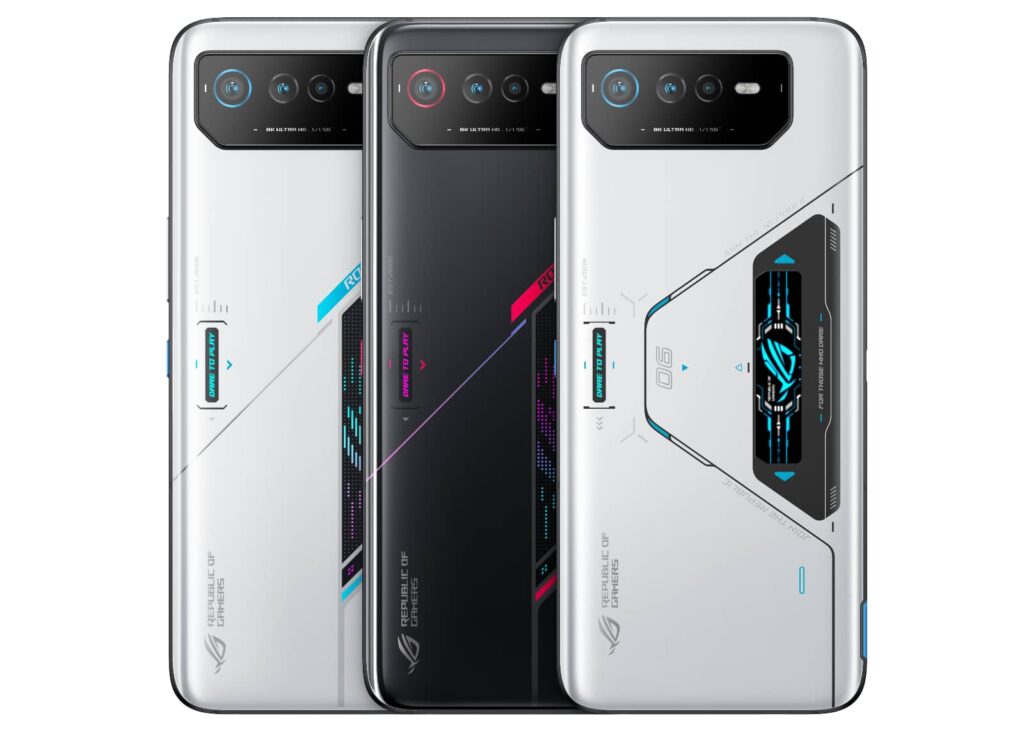