The next time you upgrade Windows, you won’t just get a new look operating system, but the ability to run Android apps and games, too.

It’s been six years since Microsoft announced a new operating system, but in that time, we’ve seen a fair few updates. Tweaks to the capabilities, new features, and security packs have all rolled out to Windows 10 in the over five years since Microsoft moved on from Windows 8, skipping over the number nine for whatever reason, and settling on 10.

Probably a good thing, too. We’re not sure if it was the eleventh hour for what is arguably the most used operating system in the world, but Apple’s macOS has seen a major release every year, updating and improving consistently and regularly, so much that it’s easy to see why someone might pick a Mac over a Windows computer if they had the choice.

This year, however, Microsoft is hoping to win some of that love back, as it launches a new look Windows made for work and play. 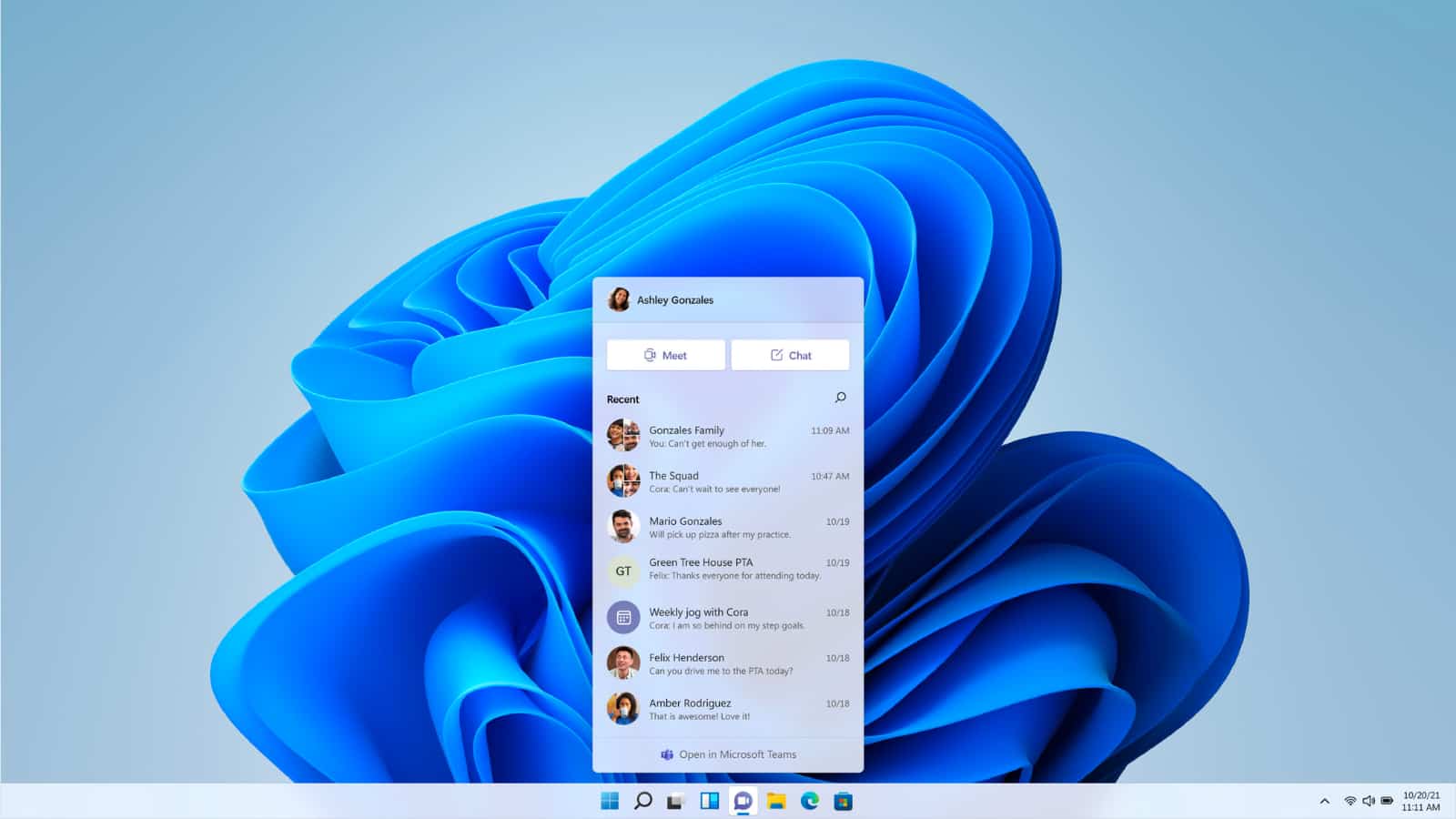 A well overdue update, Microsoft’s take on Windows 11 looks a little like what would happen if Windows was in a long-term committed relationship with macOS, and then decided to have a baby.

That child is Windows 11, an operating system that has learned some tricks from Mac, but still kept things decidedly Windows, with the bottom task bar still in play, complete with notification screen on the right with time and date, but the start bar now centred much like it is on macOS. The icons are small and clear, and they’re basically the apps you’ll be using most.

The look is also clearer, with a combination of simple colours and translucent designs that kind of make the operating system a set of windows to your world (pun intended) that don’t also get in the way. There’s a big focus on centralised design, and everything seems to start in the centre where the icons are, which makes it distinct from what happens on macOS.

Simply put, your shortcuts are in the centre, and it launches your Start Menu, which is also front and centre. 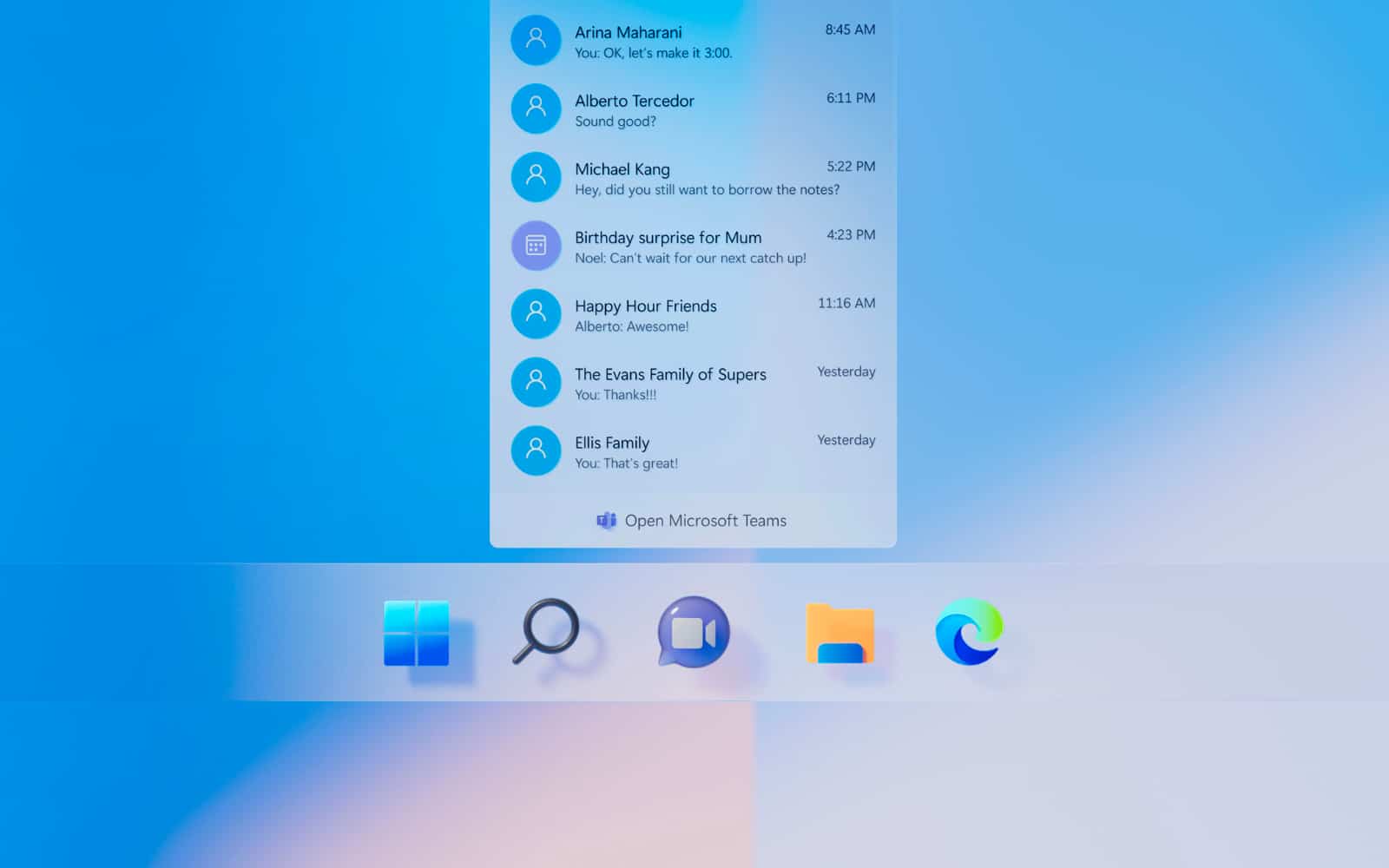 However there are other changes.

Microsoft has made changes the way apps can snap inside, with something that feels pulled right out of macOS, allowing you to hover over the maximise icons to snap apps to specific columns and grids.

Those columns can be recalled through several screens, meaning Windows finally sounds like it has a comprehension of a multiple screen desktop. Better late than never. 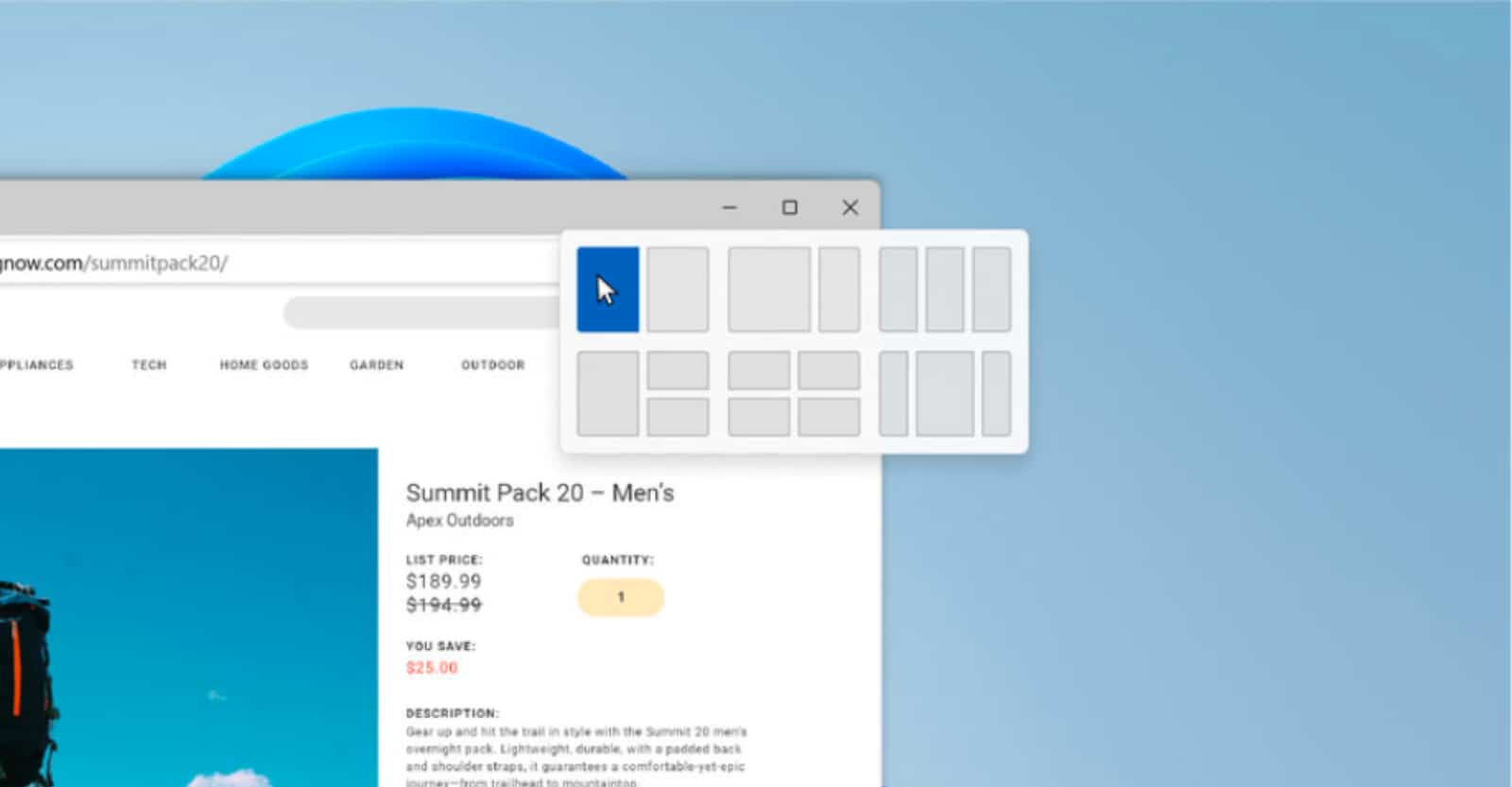 There are other things, such as voice typing built in making a touchscreen Windows PC less dependent on an on-screen keyboard, plus multi-finger gestures and support for more of the digital pen love, because that’s something the Surface has helped make common over on Windows over the years.

Microsoft is also building a new version of its Windows app marketplace, which will now include apps from publishers that have been missing in action. Read a review of a computer with Windows 10 S on it, such as the Surface Laptop and the Surface Laptop Go, and you’ll quickly find the dependency on the Windows app store equivalent is one of the weak spots of Windows. Simply put, good luck finding anything legitimate, because it hasn’t existed. Even Microsoft’s own apps often weren’t there.

In Windows 11, that will change, with Microsoft Visual Studio and Adobe Creative Cloud both supported, as well as Disney+, TikTok, Zoom, and others. Simply put, it sounds as though the Microsoft app marketplace will finally actually have apps you might want to install, which can only be a good thing.

But perhaps the biggest change is what’s coming for apps not normally made for Windows, as Microsoft details support for Android apps.

Yes, Android apps and games can run on Windows 11

If the look and feel of an operating system doesn’t grab you, app compatibility probably will, and over on Windows 11, there’s now going to be support for Android apps and games. They’ll gradually be uploaded to Microsoft’s app marketplace, but you’ll be able to also install them from the Amazon equivalent, which is a great inclusion, and means Windows 11 users have an Android app store ready to go from day dot.

This is made possible because of Intel’s Bridge Technology, which will be found on new PCs, but may also be compatible with other chips, as well. Intel says its Bridge Technology allows Android app to run natively on x86-based chips, which may mean a Windows computer near to. 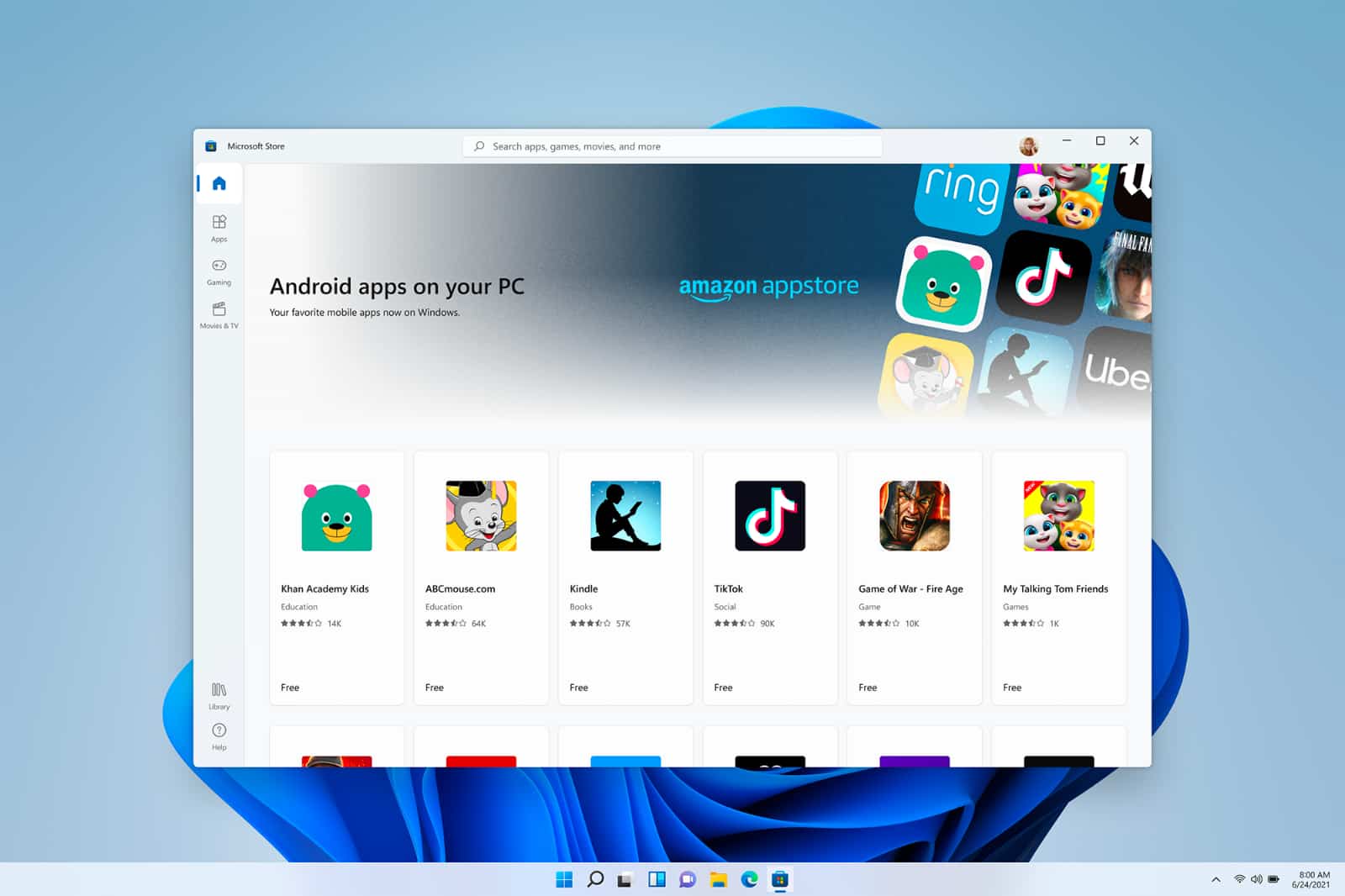 Another big part appears to be games, because wherever Microsoft is, typically you can find a reference to its gaming brand, Xbox.

And in Windows 11, that will remain true, with support for faster storage, improvements to high-dynamic range (HDR), and the Xbox app built into Windows 11 to provide access to Xbox Game Pass for PC, either by itself or in the “ultimate” edition that works for both the Xbox console and Windows PCs.

Some things are going away

Some aspects of Windows 10 will be disappearing with the new version of Windows, though, such as Cortana, which is no longer pinned to the desktop, while Internet Explorer is disabled and replaced with Microsoft Edge. We’re not sure there are many who will mourn that one.

Microsoft is also removing the Tablet Mode that initially came with Windows 8, and the Live Tiles that used to populate the Windows Start Menu are no longer there, either.

As for pricing and availability, Microsoft’s Windows 11 announcement is just that – an announcement — but it is set to come to a preview in the next few weeks, with the final release later in the year.

We’ll let you know when that’s more specific as soon as Microsoft drops word, and when we have a price. Here’s hoping it’s free for most Windows users as it is. 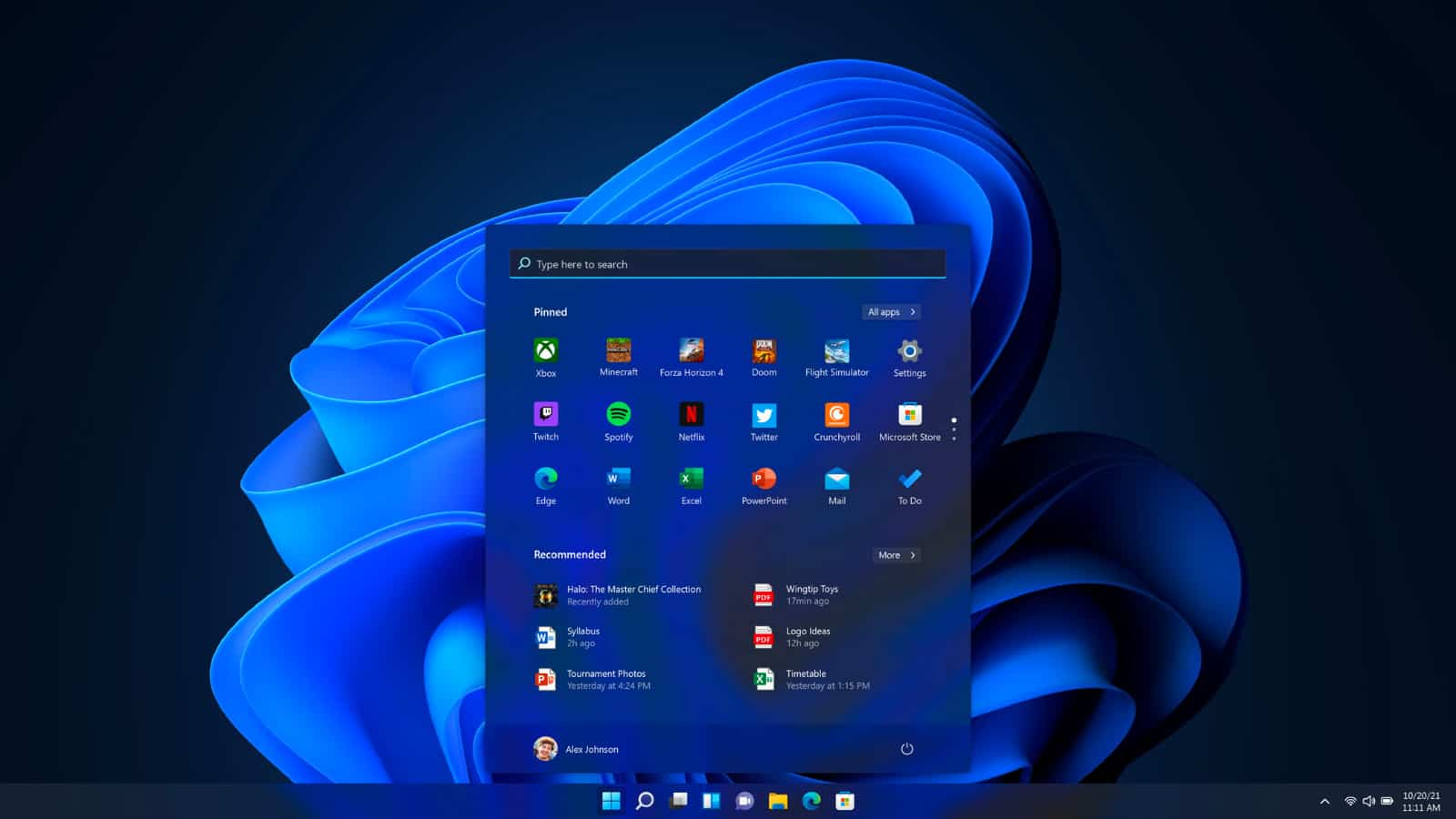