Sony’s 360 audio comes to a speaker this year

The next speaker from Sony is less about playing music in standard stereo, and more to your entire room.

We’ve all got a speaker or two, and some of us have several, but while our speakers are all different, they all share something in common: they’re probably built to play audio in stereo.

Standard stereo is pretty much how most speakers work, with left and right channels coming out of speakers and delivering an audio meant for in front of the gadget, and sometimes (depending on how it’s made) the back and the sides, too.

But it’s not the only way, and as we start to make our audio a little more dimensional — as spatial audio becomes more of a thing you can enjoy for music and film — speakers are changing. You might have seen that with recent pushes for Dolby Atmos in systems, something you can find in many a soundbar, including last year’s Sonos Arc, among others.

Spatial audio is also found in headphones, be it the AirPods Pro or AirPods Max with iOS 14’s Spatial Audio, or using Sony’s take on the technology, 360 Reality Audio. In fact, up until now, Sony’s 360 Reality Audio has been limited to headphones, but Sony has been working on it in speakers, and it might finally have achieved it.

This year at CES 2021, Sony is showing off a home speaker built with 360 Reality Audio in mind.

It’s coming in the SRS-RA3000, a speaker which gives away what it’s for in its weird concoction of a name — the “RA” likely meaning “Reality Audio” — even if the design doesn’t really give anything away.

Rather than look like a special speaker made for 360 degree sound, Sony’s RA3000 uses an algorithm to transform two channel stereo into Sony’s 360 Reality Audio, and should handle music in Sony’s specific format for the technology, something you can find on Tidal’s HiFi service, among others. Tracks heard in the native 360 Reality Audio format uses location data to simulate sound placement in a room, something the RA3000 can handle after calibrating itself in a room.

Inside the speaker, there’s a full range speaker, a dual passive radiator for bass, tweeters that fire up, and an omni-diffuser to fire sound around the room, essentially creating sound that goes about and around the place. From what we understand, Sony’s RA3000 should be able to achieve the 360 degree sound the technology achieves in headphones such as Sony’s noise cancelling WH-1000XM4, but from a single speaker. 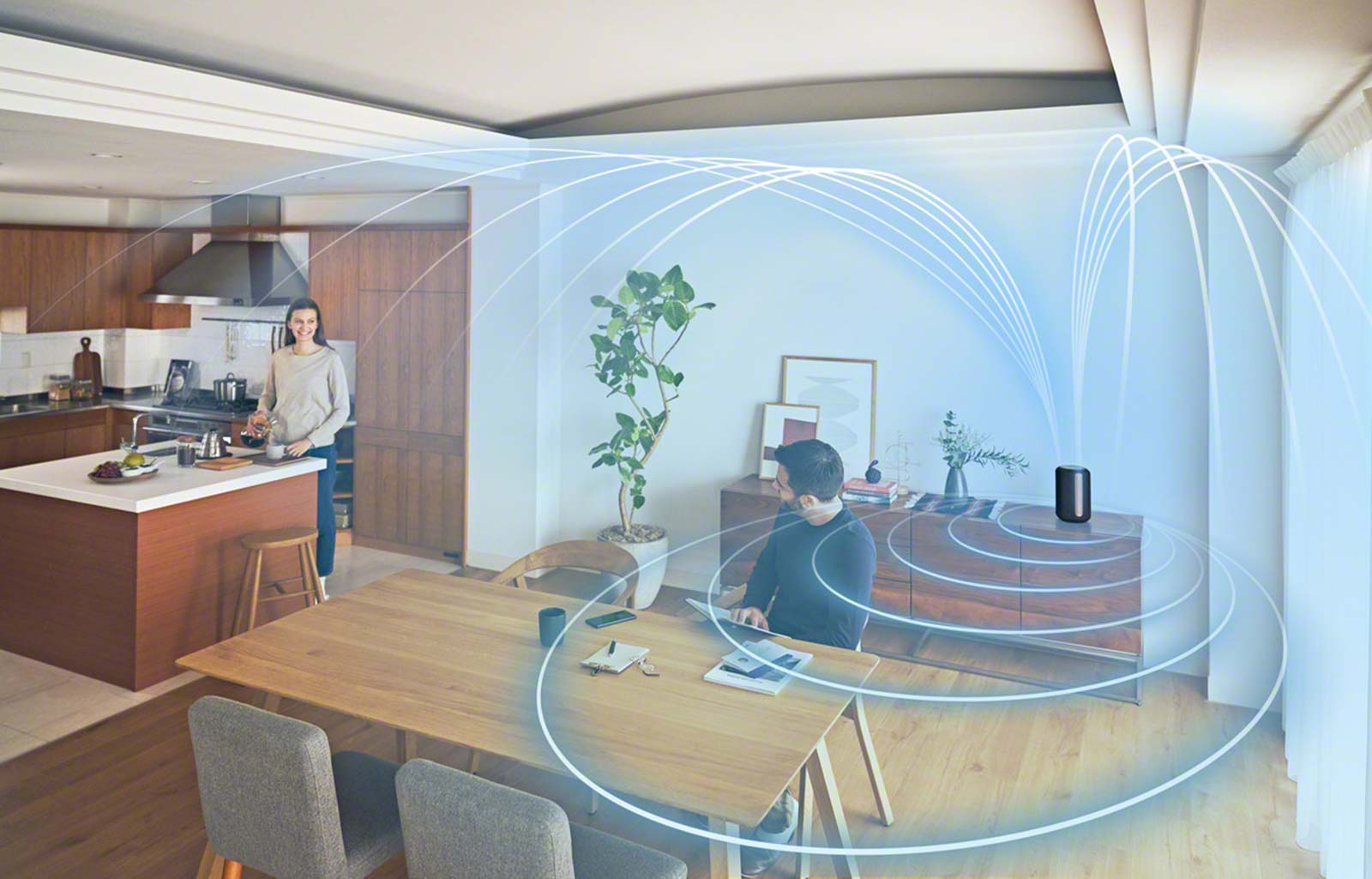 “We are very excited to introduce Sony’s first 360 Reality Audio home speaker which is filled with unique technologies, designed to make listening to music incredibly immersive and lifelike,” said Koichi Suzuki, General Manager for Consumer Sales and Marketing at Sony in Australia and New Zealand.

The technology will also support an automatic volume feature to keep music playing at a consistent volume, ideal for keeping sound level, and there’s also support for Bluetooth, Chromecast, Spotify Connect, and the two main smart assistants, Google Assistant and Amazon Alexa. It will even play nicely with select Sony Bravia TVs.

The good news is that unlike most CES announcements, this one comes with a release date and price in Australia. To that end, Sony has said the RA3000 360 Reality Audio speaker will be available in Australia mid-February for a recommended retail price of $449. 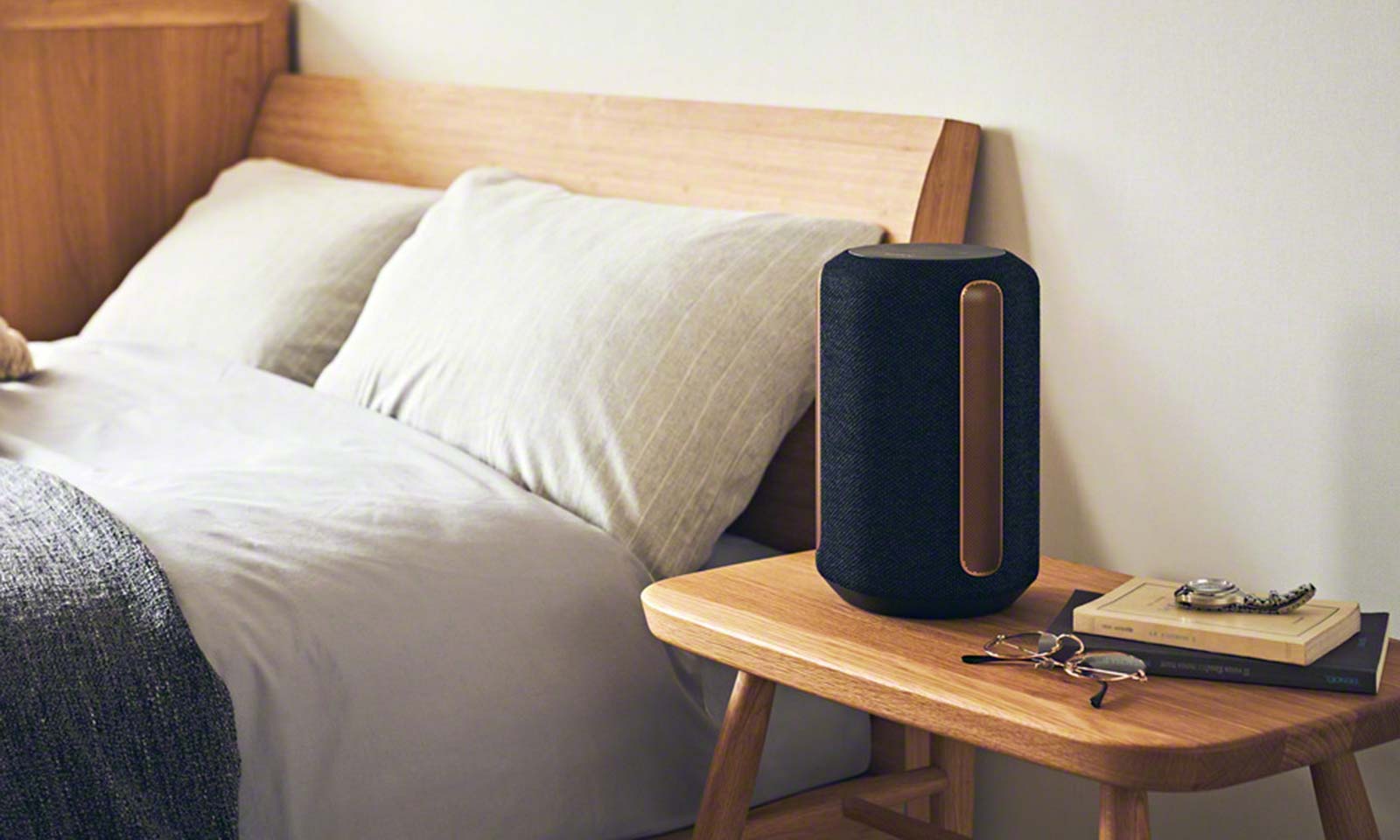