Keen to jump on the 5G bandwagon but don’t want to pay the proverbial appendage? Samsung and Telstra might have something in prepaid, if you don’t mind a compromise or two.

If you’re in the market for a 5G phone that doesn’t come with a high priced tag, there’s beginning to be quite a few options. It started last year as 5G mobiles dropped under the $1000 mark, with last year’s Pixel 4a with 5G basically being the best of the bunch for under a grand.

This year, the price to find 5G in is so much lower, with $500 being that point. We checked out the range of 5G phones under $500 not too recently, and found quite an assortment to look at, but $500 mightn’t be the new benchmark for low-end 5G.

You might actually be able to find 5G under $350, with options popping up there. Vivo landed there recently with the Y52, and it won’t be alone, as Samsung is ready with something, as well. 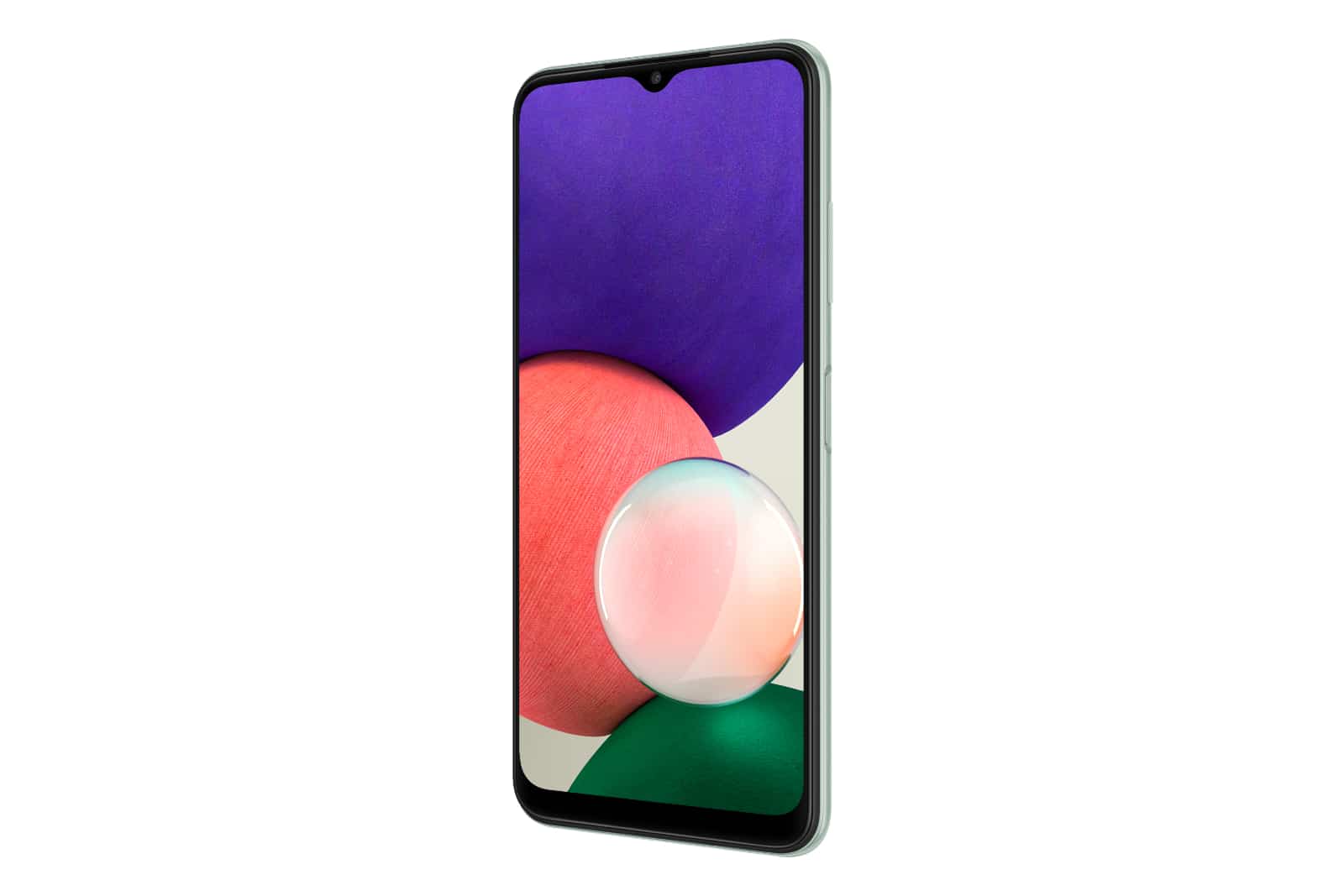 It’s launching in the A22 5G, a model that sneaks in under the A32 5G, offering 5G at a less expensive price point. The A32 5G was $499 when it launched, and Samsung’s A22 5G manages to undercut it by a good hundred dollars, arriving with a 6.6 inch Full HD screen with 90Hz refresh rate, three cameras (48 megapixel main, 5 megapixel ultra-wide, and 2 megapixel depth), and a 5000mAh battery with a side-mounted fingerprint. It’ll also come with 4GB RAM and 128GB storage, making it a relatively sizeable phone for not too much, though there’s actually a less expensive option, as well.

Telstra will sell a locked prepaid edition of the A22 5G for twenty less, making it Australia’s first prepaid 5G phone, and possibly the cheapest 5G model in the country yet. At $329, we’ve not seen anyone get quite this low, with Telstra also adding 5G connectivity to its $60 prepaid mobile plan, as well.

“Adding a 5G-enabled handset to our prepaid range is another step forward in providing mobile technology that can deliver new mobile experiences, seamless streaming and real time gaming to even more people,” she said.

While the price is low, the catch with the Galaxy A22 may end up being the hardware. While the chip could be strong, Samsung’s choice of including 4GB RAM gives us pause, as we suspect that’s the reason why our time with the Galaxy A32 5G may have struggled just a little.

Telstra’s take on the Galaxy A22 5G is easily the least expensive at $329, but it is locked to Telstra and available on prepaid. Meanwhile, a model without being locked can be found in the unlocked edition, available for $349 locally.