It’s not just Samsung with an Android tablet or two, as Lenovo dives back in and looks back at a past design for the future.

Mobile World Congress 2021 came and went this year without any mind blowing mobile phones, but some of what popped up might have surprised.

There was a pair of glasses that was a head-mounted display from TCL, a new chip for upcoming phones from Qualcomm, and a smart clock for the bedside from Lenovo, but that’s not all that last company showed off.

While Mobile World Congress is typically a show for phones, it’s also about anything portable, and there’s more than just one style of portable device potentially in your life.

Another portable device is a tablet, and it’s what Lenovo is looking to play big in this year, announcing some sizeable options for its 2021 range, some of which even channel some older Lenovo tablets. 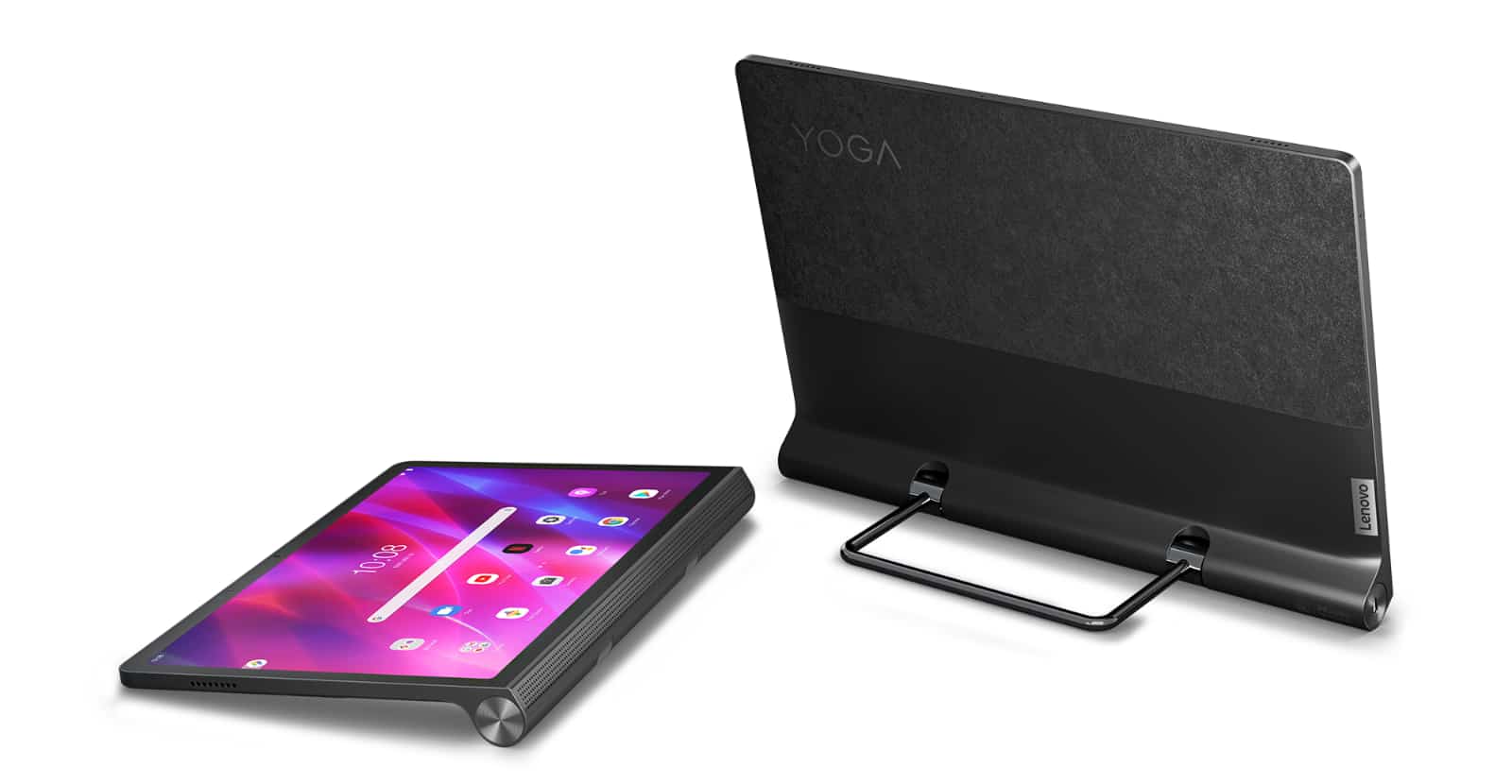 This year, there will be an 11 inch and 13 inch Yoga Tablet, which look a little like what older Yoga tablets looked like, complete with a grip on the bottom that looks a little like a curved book spine, and yet hides a kickstand that can be used to stand it up, and then also hang off a rack.

While the kickstand is inside, the spine itself can be used to lie the tablet down at an angle, rather than flat like most tablets.

Both tablets are fairly large given the screen sizes, but the 13 inch Yoga Tab 13 offers a 2K display with up to 12 hours of battery life, while media is clearly the focus. There’s support for Dolby Vision HDR, four Dolby Atmos-capable JBL speakers, and it can even be used as a screen for a laptop, similar to Sidecar on a Mac, but with Windows and a cable.

Inside is a Snapdragon 870 with support for WiFi 6, and as much as 8GB RAM, too. Basically, it’s an oversized phone of sorts, but made for entertainment and such.

The 11 inch model in the Yoga Tab range cuts the chip down to a MediaTek Helio G90T, but keeps the tech up with an 11 inch 2K screen. 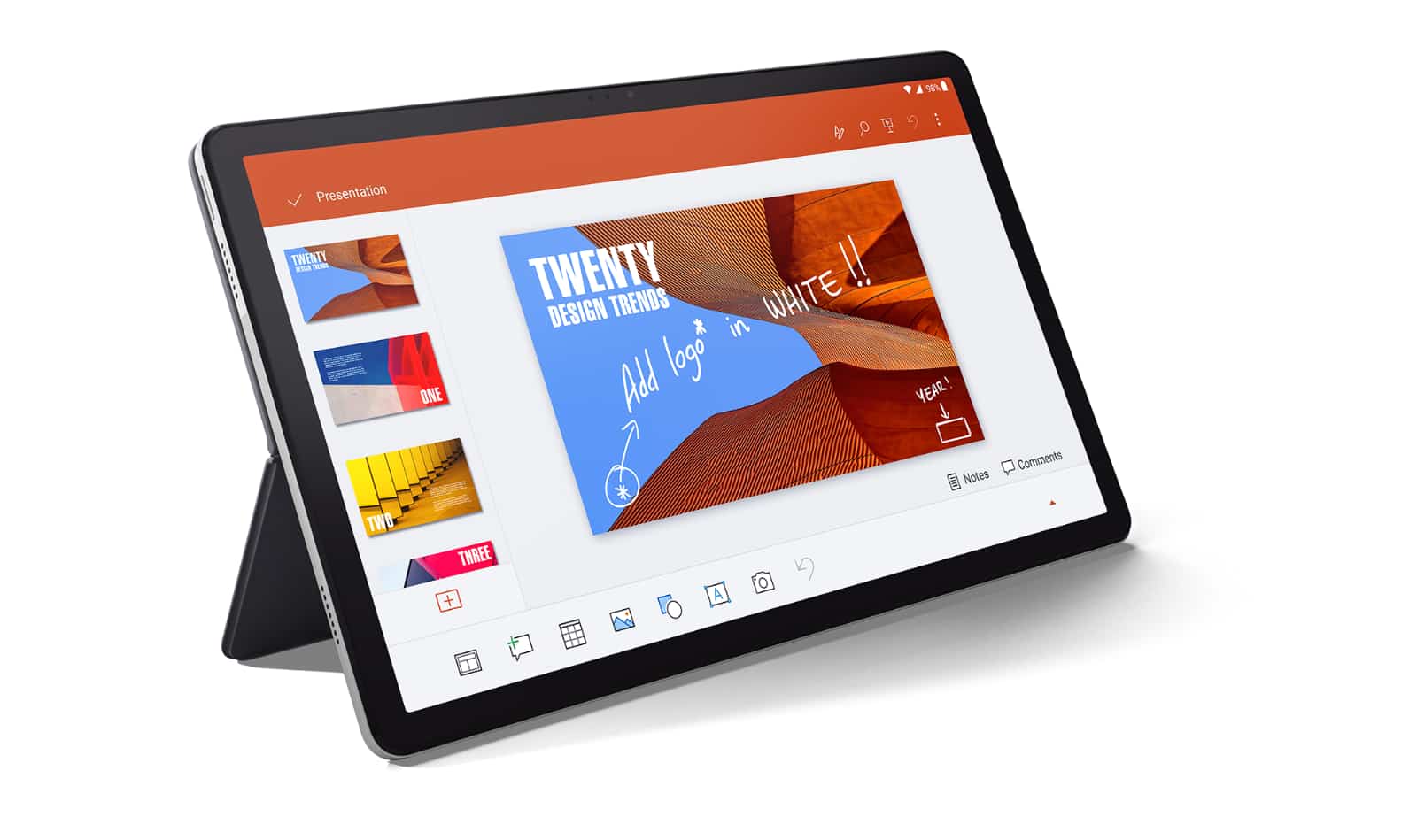 There’s no price on these yet, but they won’t be alone, potentially arriving alongside a more regular-looking tablet a little like a Surface Pro, complete with a standard kickstand and support for a keyboard. Powered by the same processor, Lenovo’s P11 tablets look a little more work focused overall.

Finally, there’s the Tab M7 and M8, which appear to be metal tablets made for most people, with an optional charging station that turns the tablets into more of a smart display, similar to the Lenovo takes on the smart displays with seen prior.

As with most things MWC, there’s no word on price or availability in Australia, but we’ll let you know if and when that changes.