TCL brings a screen to your eyes with $899 Nxtwear G

A bigger screen to go could be coming to a pair of sunnies near you, as TCL launches a head-mounted display found inside glasses.

There’s a fairly obvious complaint when you bring your laptop anywhere: the screen isn’t big enough. It’s big enough for some things, and the same might be true of your phone or tablet, but you could always have something bigger.

The problem with going bigger is you typically need to carry something. Sure, there are external monitors, some of which are quite portable, not to mention the ability to turn an iPad into a secondary screen using SideCar, but it only works with a Mac, and what if want something different.

For that, you might want to turn to a headset, a technology commonly associated with virtual reality, which brings a set of screens to your eyes.

Not every headset is focused on VR, mind you; virtual reality suggests movement is tracked, so that when you move your head, you can look around you in a virtual world. On the other hand, there’s something called a “head-mounted display” or HMD, which is basically the precursor to VR headsets. Lacking the movement tracking, these basically deliver a big screen to your eyes, often in a large headset.

This week, though, TCL is announcing once of those, but removing the “large headset” factor commonly associated with an HMD.

To do that, it’s making a pair of glasses that look rather a lot like sunnies, but rather than protect your eyes from the sun, there are screens there.

That’s coming in the TCL Nxtwear G Wearable Display Glasses, a product that more or less says what it ice n the name, and uses two Sony micro-OLED screens (one for each eye) to show a source on. That source could be your phone, your tablet, or even your computer, with the only requirement being that the Nxtwear G glasses are plugged in with a USB Type C cable.

Wear them, and you’ll see a Full HD screen that can feel like a 3.5 metre display thanks in part to the position your eyes occupy. Much like in VR, the closer the screen is to your eyes, the bigger the experience feels, and with the size and distance TCL is going for in the Nxtwear G, we’re talking about 140 inches, or as close to 3.5 metres as it gets.

They are not VR glasses, though, instead acting as a head-mounted display, with TCL confirming you also couldn’t see out of the screens, beyond any peripheral vision below or to the sides of the glasses, where light will naturally escape. 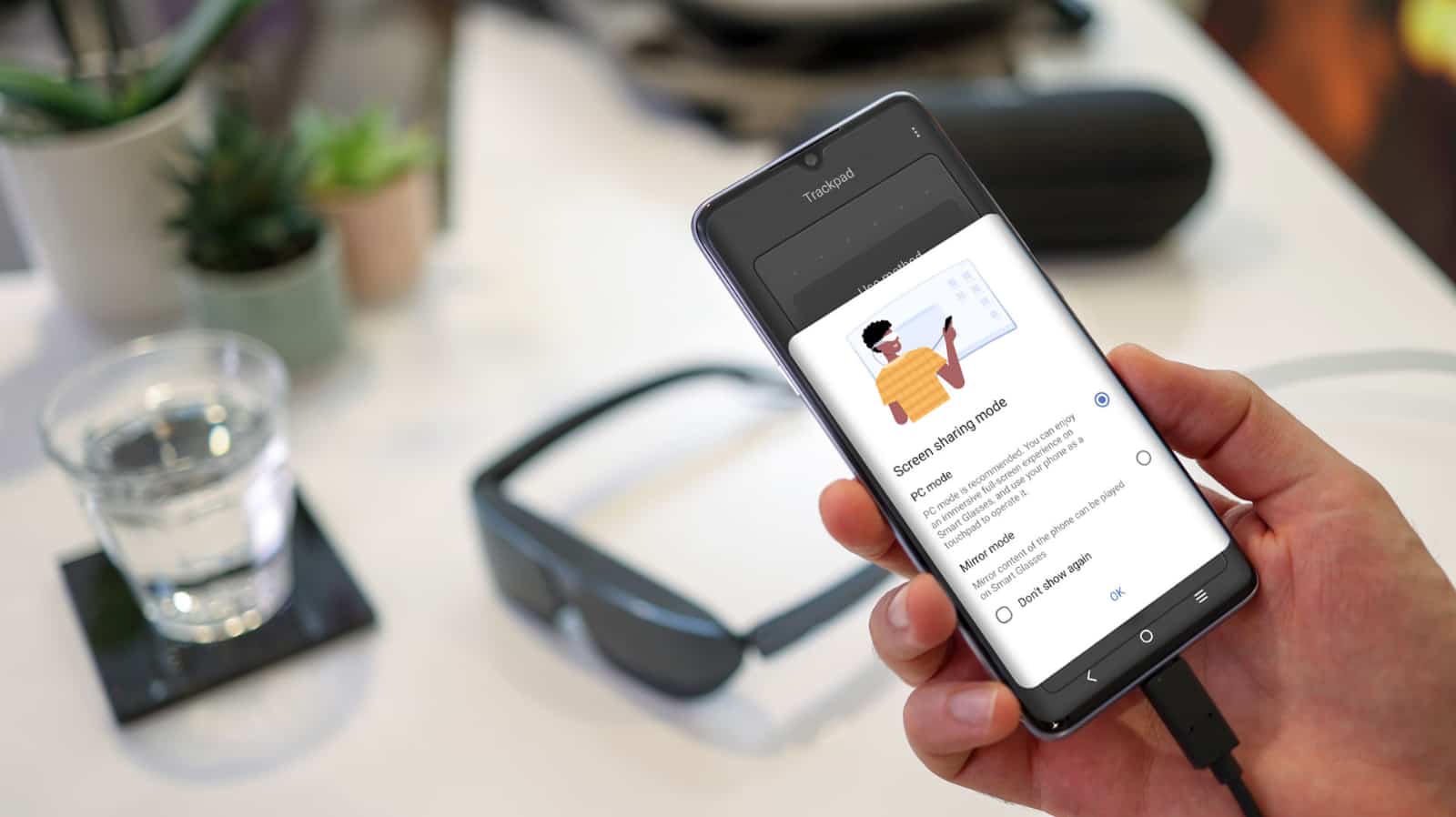 There’s also support for 3D movies (if you can still find them), and stereo speakers are built in, too, so you don’t have to wear headphones, and can let the glasses do the work.

At 130 grams, the Nxtwear G may well be a lightweight approach to bringing a bigger experience from your devices anywhere you go, though they might be more suited to watching movies and shows on somewhere like a bus, a train, the park, or when we inevitably make our way back on flights once again.

And interestingly, TCL’s Nxtwear G also looks set to be more than yet another concept product, with Australian pricing set at $899 with availability set for in the next few weeks. Perhaps crazily, Australia appears to be one of the first places TCL is releasing the Nxtwear G, putting us a little at the front here, and making for a nice change, with other regions to follow later on. 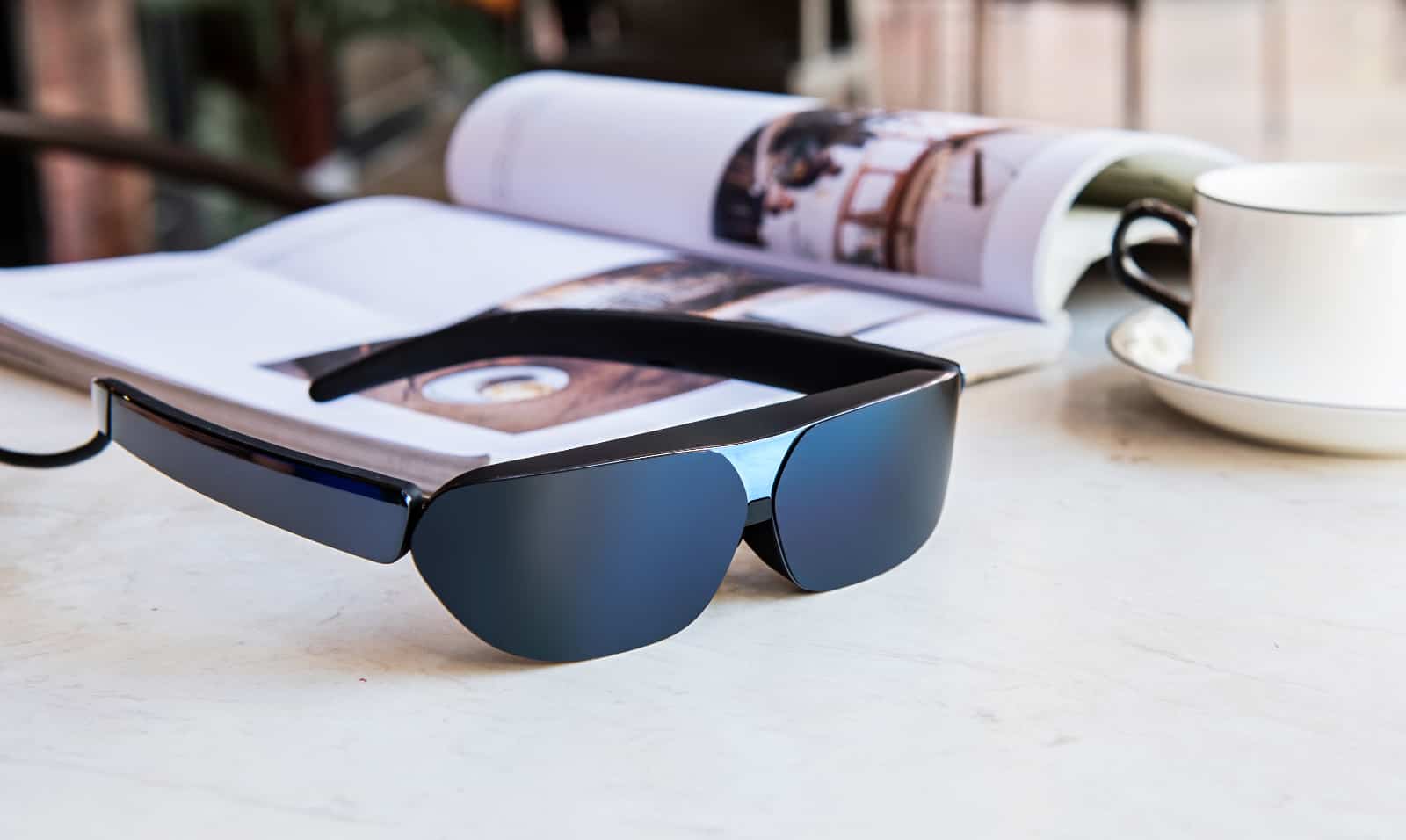