Your phone is probably your bedside clock, but if you long for a modern take, Lenovo is doing it again in 2021.

It’s been a couple of years since we saw Lenovo’s evolution on the bedside clock, the Lenovo Smart Clock, and in that time, some things have changed.

The smart display has become a little more than just a gimmicky screen attached to a speaker, with Amazon finding a way to let it track you while doing video chats, while Google used the smart display to work out how well you sleep. Perhaps more importantly, smart displays have become normalised, and offer a way for people to embrace a virtual assistant without the feeling that they’re talking to nothing, which they are, except also not.

But it’s been nearly two years since Lenovo tried reinventing the bedside clock, so we’re due for an upgrade.

And that’s exactly what’s happening at Mobile World Congress this week, with this year’s mid-year MWC seeing a revised take with a fabric-encased look around a 4 inch display, and a speaker inside. It’s a slightly different look on more of the same, but Lenovo is building something for the bedside that is an optional extra you’re likely to want: a wireless charging dock.

Essentially, Lenovo’s Smart Clock 2 Wireless Charging Dock gives the clock a way to keep a modern phone charged, and even gives it a soft ambient nightlight underneath the Smart Clock 2, as well.

It’s another take on the bedside gadget, though one that hasn’t actually been announced for Australia just yet. We expect that much like the first model, it should arrive later in the year, but with no Australian price and yet a US cost of $79.99, we’d say that if slash when Lenovo launches the Smart Clock 2 locally, it will carry a near identical price tag of around $100 locally, if not a little over. 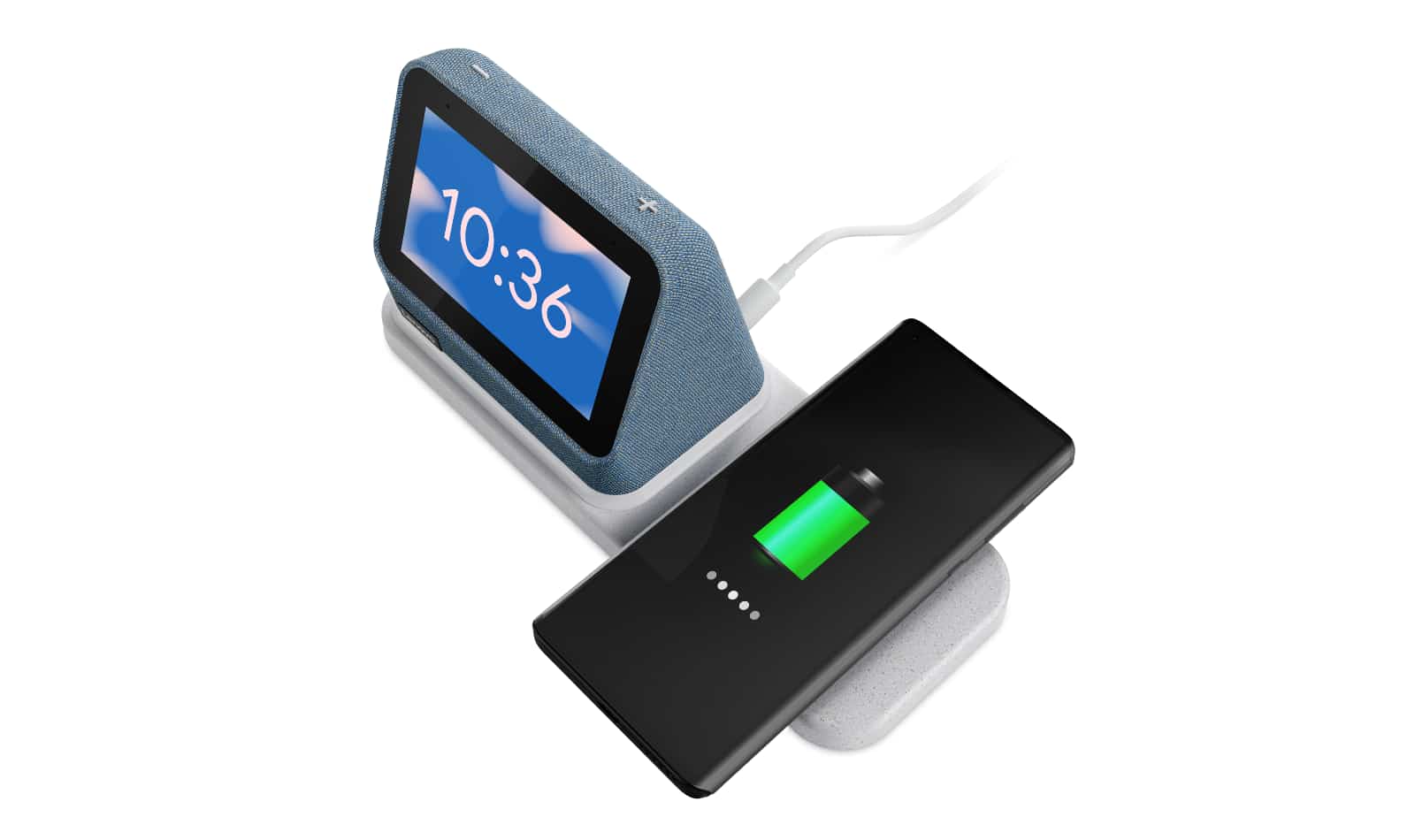