Getting rid of dust is a big deal, and the next Dyson vacuum has a big feature to deal with the tiniest dust in your home.

Dust can be small, but it can also be a big drama, creating problems for people who have allergies to things you can’t see with the naked eye.

Filtering out those little tiny nasties in the air is important for people who have health problems, and while filters can help in terms of dealing with the purification of the air, the very thing you use to suck them off the ground — a vacuum — isn’t going to pick up every little speck there is, partly because you need to be able to see them.

That’s how cleaning for most of us works, because while you’re cleaning your home of the particles you can see, often, you’re trying to clean it of the stuff you can’t.

But with the right technology, a vacuum can be improved to make it a little better in that way, it seems.

That’s the news coming from Dyson, which had a team of 370 engineers across the world work on its V15 Detect, a new stick vac that improves the vacuum not just with more power, but with an ability to check the ground for the tiniest level of dust particles measuring 10 microns, making it super small dust your eyes definitely have no chance of seeing. 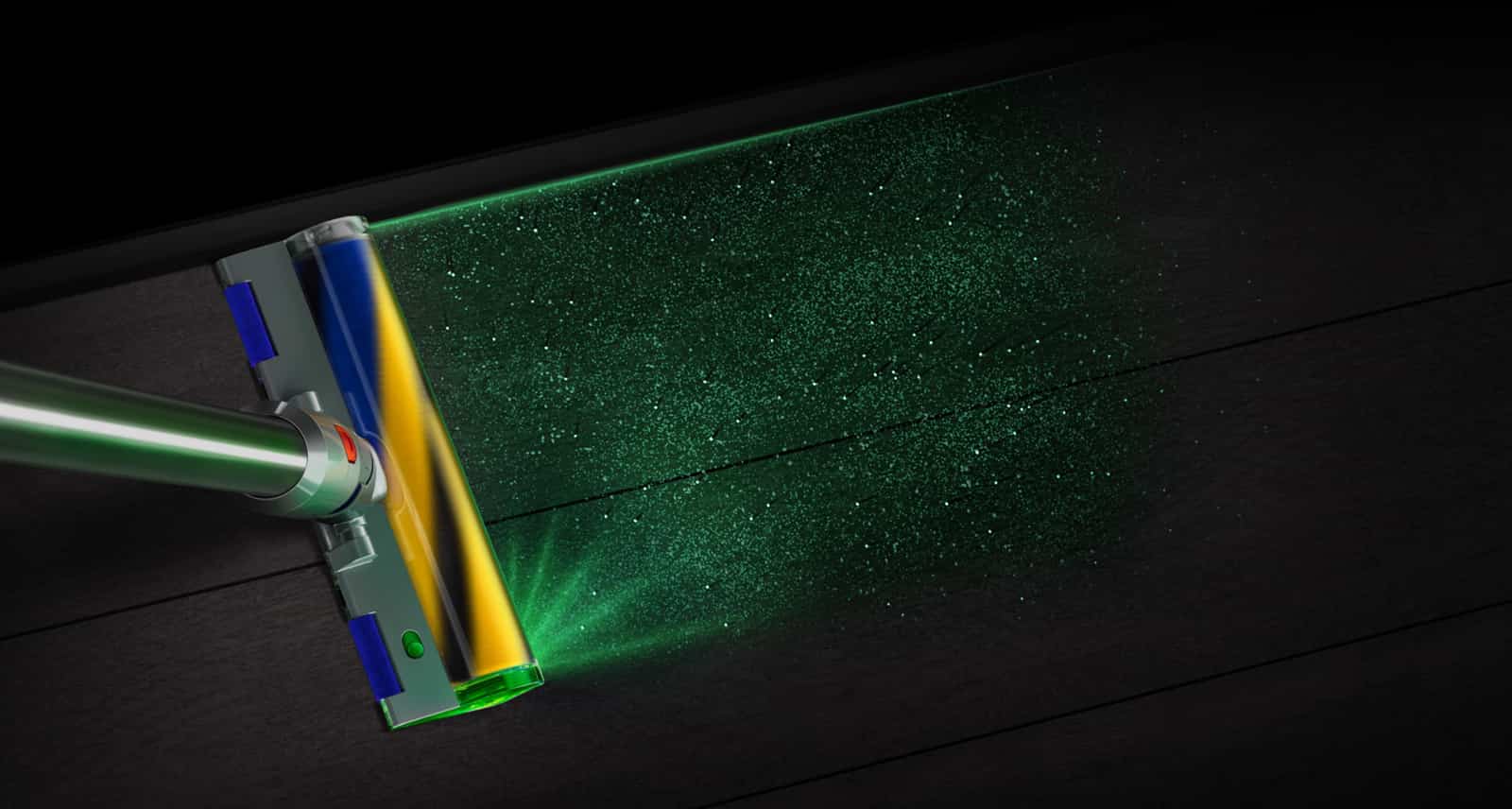 The technology helping Dyson do just that is a combination of laser and sensor, as Dyson creates “Laser Dust Detection”, which uses an angled laser to pick up on light as it runs over the surface of dust, an idea born from when an engineer at the company noticed how airborne dust particles lit up in a similar way when the rays of the sun shone over them.

By using a green laser light diode to do the same under a vacuum head at a specific angle, Dyson had essentially come up with a way to light up and find dust, allowing the V15 Detect to suck it up, quite literally. 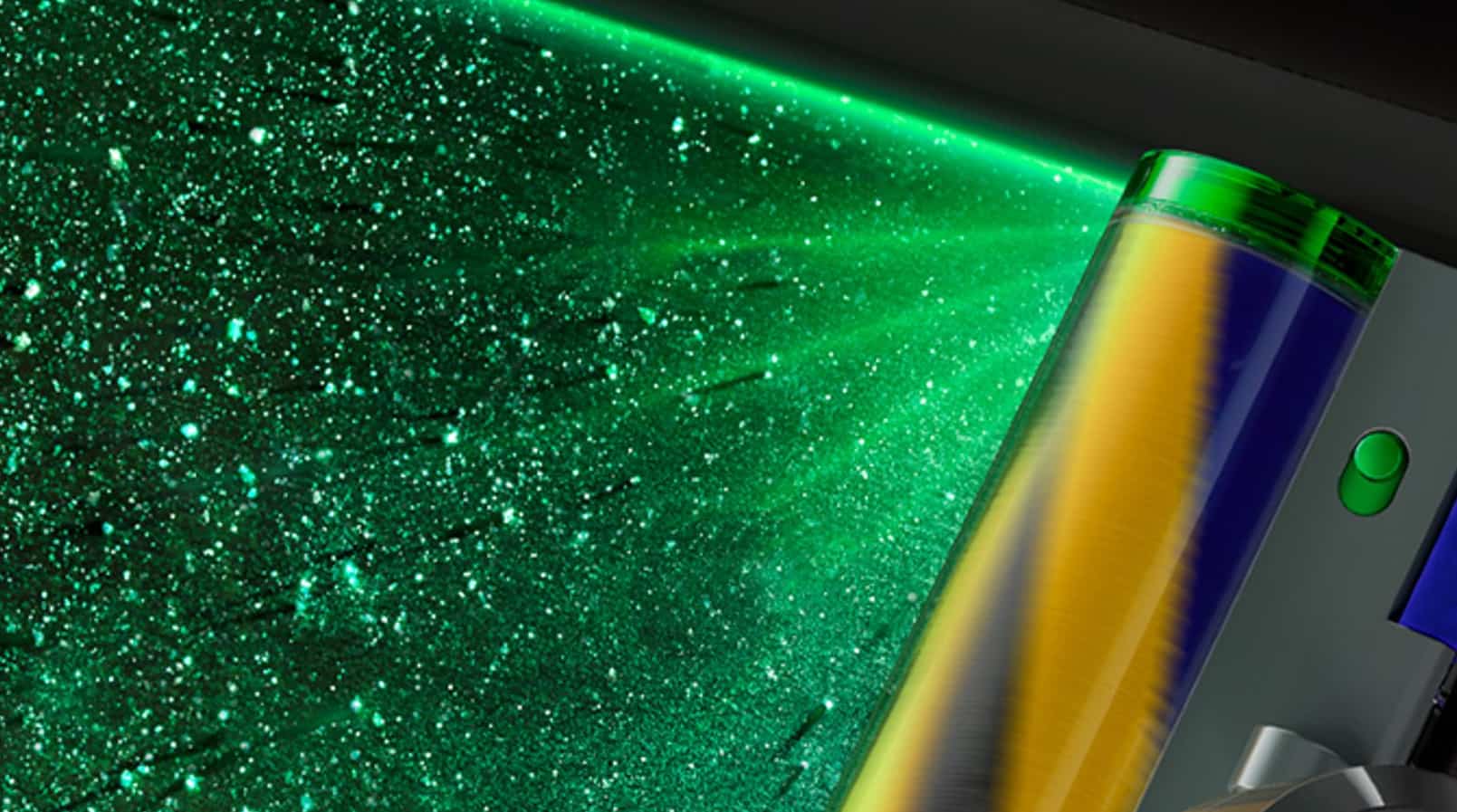 That concept was married to a piezo sensor, measuring changes in the air with tiny pieces of carbon fibre that are able to count the tiniest of particles up to 15,000 times per second, essentially able to tell you just how much dust you’re capturing.

As Dyson vacuums now have LCD screens on the back (and have for a couple of years now), Dyson is using the information gleaned from that piezo sensor to tell you just how much dust you’re sucking up and at which sizes, complete with a readout at the back.

That’s almost on a video game level of control, or at the very least, handy for someone to know just how much dust they really have in their home, and across how much their eyes could never actually see. 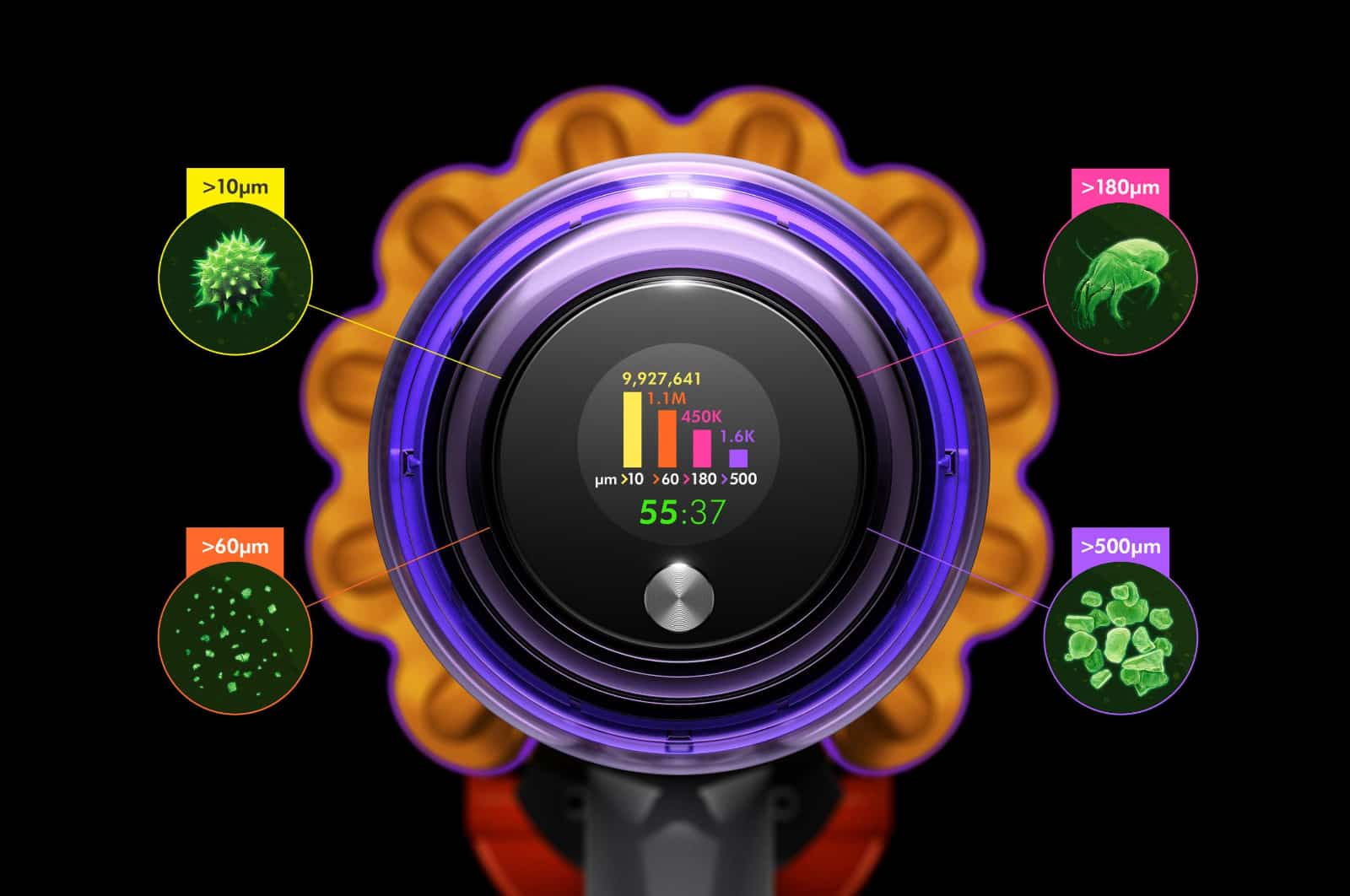 Beyond this, the Dyson V15 Detect vacuum is strong, generating up to 230 air watts of suction, and set to be available in small, medium, and large options, depending on the size of home you have. There are also two new inclusions to deal with hair tangles upon cleaning the home, with changes to the brush bar that prevents hair wrapping around the bar, while an anti-tangle high torque cleaner head prevents tangling thanks to polycarbonate (plastic) teeth that make it look like a comb.

The result may well be a vacuum that’s next-gen in a way few vacuums are. You might normally think a Dyson vac is living in the future, but with a green laser and a dust measurement and counting system, this is one that feels like it’s there and waiting for you.

“At Dyson, our focus is on engineering pioneering technologies that can help create cleaner, healthier homes at a time when people are cleaning more than ever before,” a spokesperson for Dyson told Pickr.

“These machines are Dyson’s most powerful and intelligent vacuums yet, capable of detecting, removing, sizing and counting microscopic dust for scientific proof of a deep clean. Laser dust detection reveals harmful dust particles invisible to the eye, while acoustic dust sensing counts and measures microscopic dust particles using a piezo sensor and then displays them on an LCD screen to give real-time scientific proof of a deep clean.”

While the announcement of the vacuum comes with overseas launches in China and the US, Australia isn’t far behind. In fact, local representatives told Pickr that the Dyson V15 Detect will be available in Australia from May 27, though the pricing is as of yet unknown.