The latest from Canon is a big camera focused on professional photographers who need fast speed to capture things in motion, and want great video support, as well.

There are some sounds that are unmistakeable from a sporting event. There’s the crowd roaring and cheering, announcers announcing, and then the shutters clicking. Rugby, soccer, motor sports; it doesn’t matter what you love, you’ll find sports photographers on the side snap, snap, snapping.

The sound you normally from a sports photographer, the *click-click-click* on hyperspeed is a sound that typically comes from the mirror box of many a professional digital SLR whirring into motion, working as hard as it can and snapping each and every shot, typically several times a second.

But in recent years, that sound has been fading into the choir of cheers, the raucous roars from a robust crowd.

Instead of the mirror mechanism working away inside of a camera, mirrorless cameras have done away with it, which is what that term “mirrorless” means. Rather than have a mirror-reflex mechanism protect the sensor, mirrorless use an electronic shutter built to be quieter and also faster.

We’ve seen them in lots of cameras, and while professionals have had them for some time, those bigger sports-style pro photographers carry around haven’t been as hit with the mirrorless crazy, but all of that looks set to change. 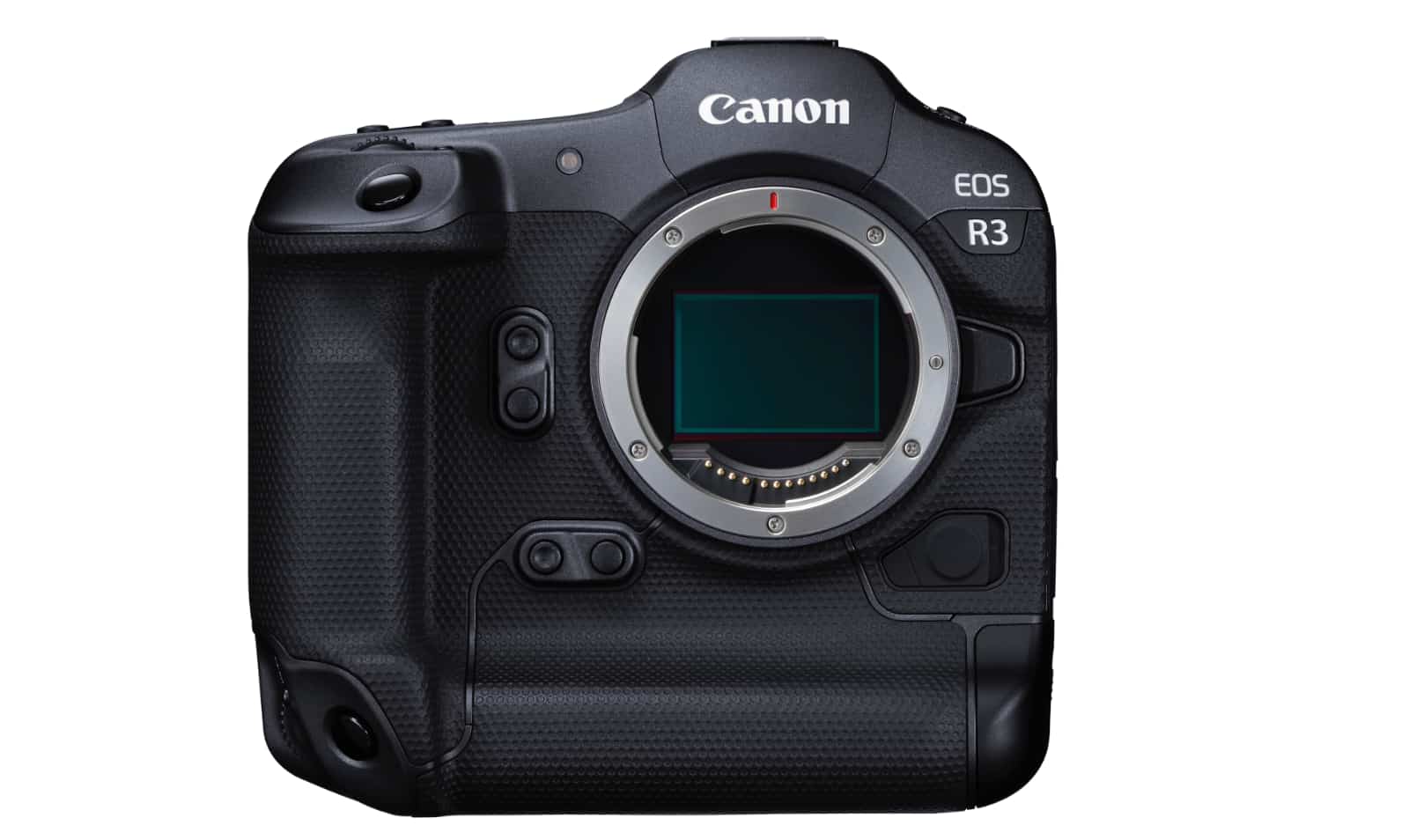 Canon has shown its take on the tech, evolving its R-series mirrorless line launched back in 2018, with the newest model, the EOS R3.

Built on the model stemming from Canon’s pro-line of cameras, the EOS-1, the EOS R3 looks like a professional model thanks to the integrated vertical grip, making it look bigger all around.

You can hold it like a regular camera, or rotate it and grip it from either side, something professional cameras have had for years to make it easier to use for quick changes. Robust in design and featuring a water-resistant magnesium body, much of the exciting tech is on the inside. 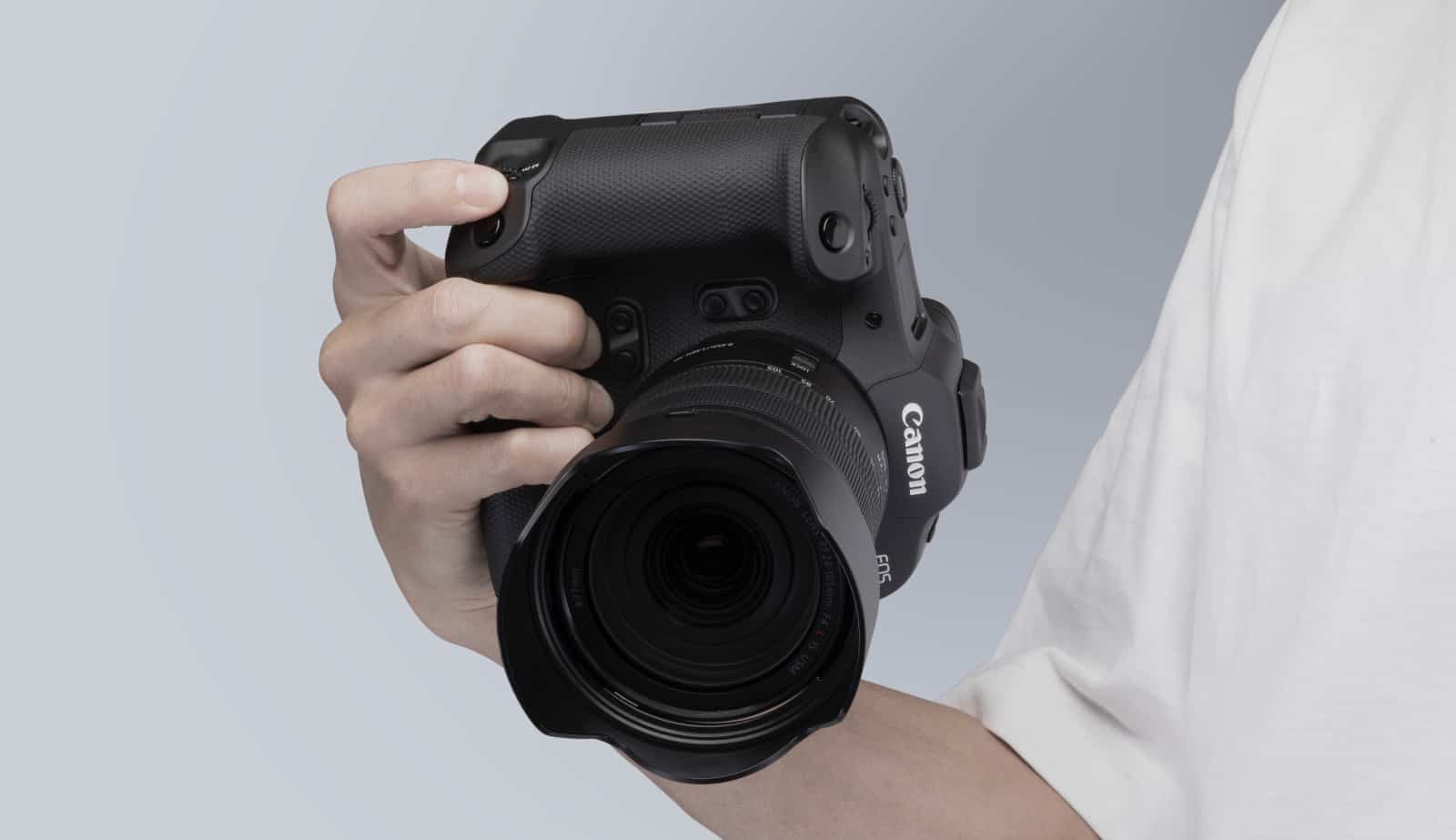 There’s a newly developed 24.1 megapixel sensor inside as well as hardware capable of capturing up to 1/64,000th of a second, snapping as much as 30 frames per second in stills, with support for both Canon and third-party flashes in an electronic shutter, something we’ve not seen before.

Canon has previously hinted at the speed for the EOS R3, and while the capture speed is fast, so too is the autofocus.

Technically, its AF abilities deliver focused in as fast as 0.03 seconds, using algorithms to track eyes on humans and animals, as well as face and head detection working in images and videos. Motorsports photographers who normally hunker down watching cars for the ideal shot will also find vehicle tracking built into the EOS R3, able to track either a vehicle or a helmet, and you can do much of this using a controller on the camera, or using your eye.

Canon has been dabbling in eye-based autofocus for many years now, and in its latest variant, allows photographers to use a viewfinder to track eye position to get that focus based on what you’re really looking at, not just what the camera is aimed at.

There’s also support for videographers, and while the EOS R3 doesn’t offer the R5’s impressive 8K video capture, Canon hasn’t limited the capabilities, supporting as high as 6K 60p in RAW video, a step-up from K, though 4K 120p is supported, as well.

In Australia, the Canon EOS R3 will launch with a recommended retail price of $8599 without a lens, with compatibility for lenses in the Canon RF lenses, though converter rings for EF lenses can also be found. As for availability, you’ll find that in late November at the places you can typically find cameras across the country. 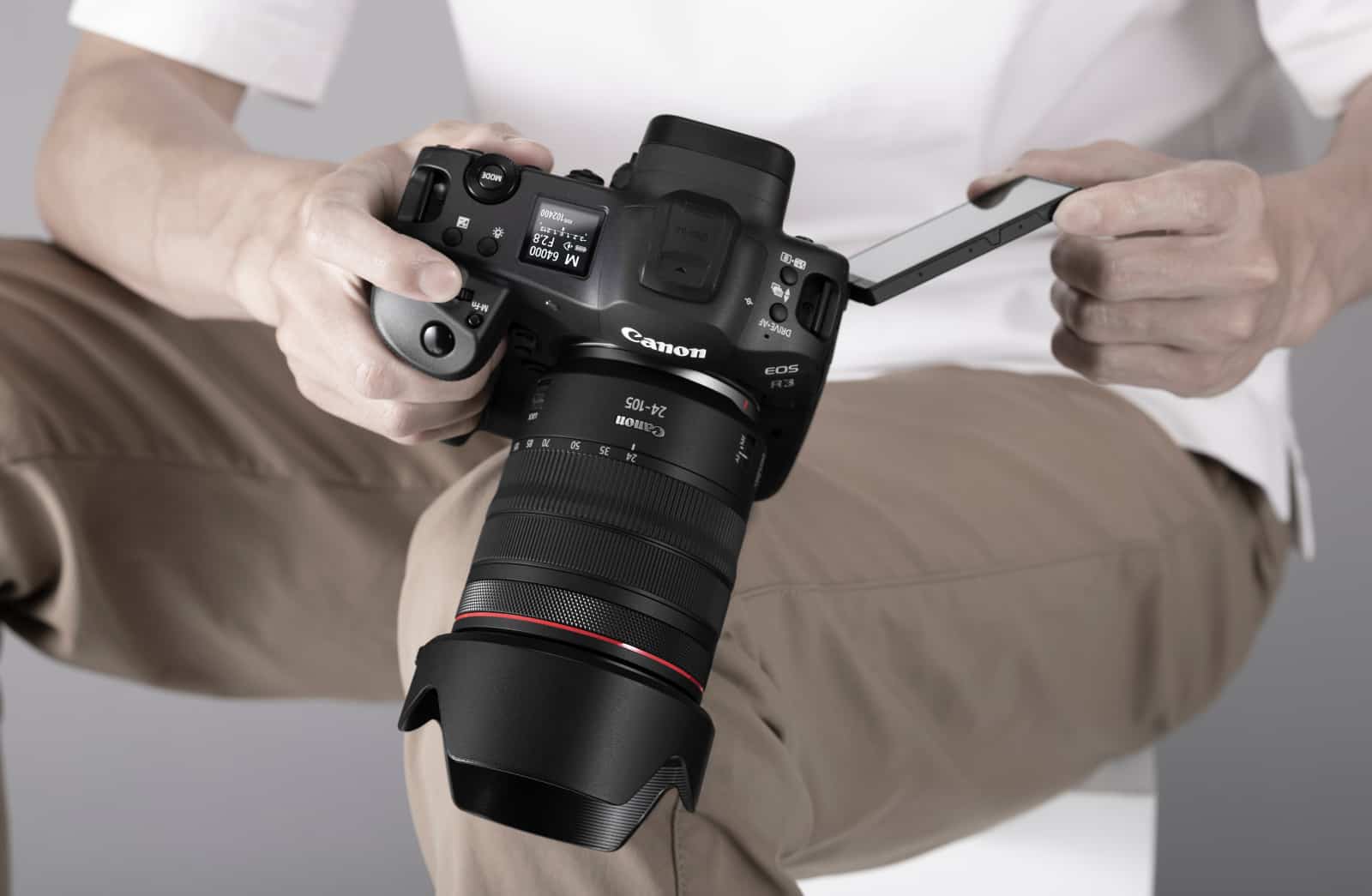