Asus is skipping the ROG Phone 4, but will have three models of the five, as mobile gaming gets a big screen and a massive battery.

There aren’t a whole lot of portable gaming consoles out there — Nintendo Switch, we’re looking at you — and that might be because of the power of mobile phones lately. Large phones built for gaming could well herald the end of the age of the mobile gaming console, thanks in part to the power, the screen size, and the batteries on offer, as well as the amount of games available on various platforms.

While you can play mobile games on the iPhone, of course, it’s with Android phones that gamers tend to get a device seriously focused on their needs, with huge batteries, large and fast screens, and extra features that feel more focused on gamers than merely just being a phone that handles games well.

In fact, it’s an area that has seen gaming computer companies such as Asus and Razer release devices in, and this year, the former of these has another gaming phone ready. Three, even.

Asus is skipping a number, moving past what should be the ROG Phone 4, and is instead launching the Asus ROG Phone 5, arriving in three variants, with the standard 5, the 5 Pro, and the 5 Ultimate, differing based on the specs on offer.

We’re hopeful that it will be better than what we experienced in the ROG Phone 3 last year, but certainly on the spec side of things, the ROG Phone 5 looks like it should be. 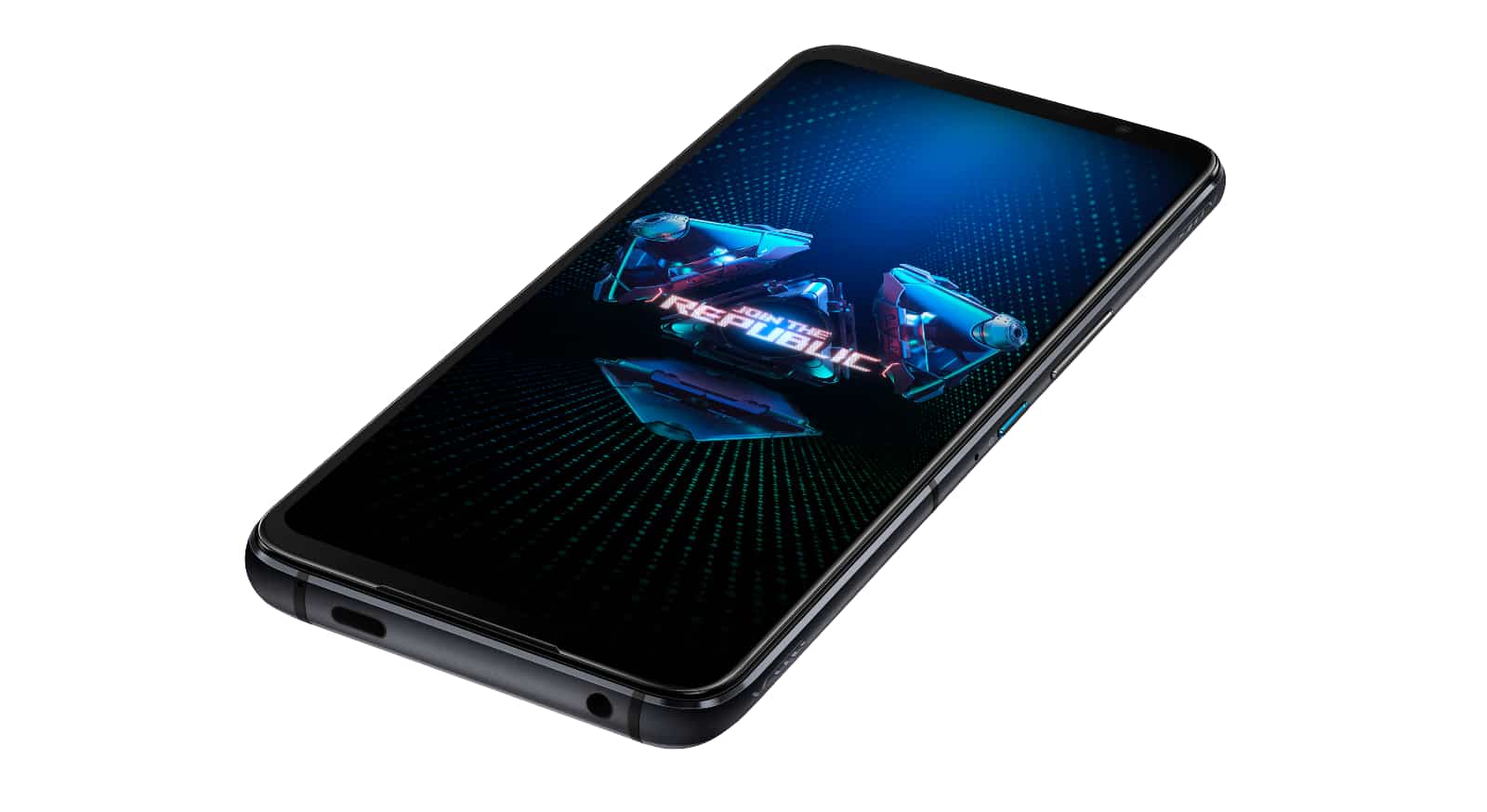 There’s a bigger screen than last time, with a 6.78 inch AMOLED screen replacing the 6.59 inch from the ROG Phone 3, protected by Corning’s Gorilla Glass, and covering all the specs that should make it stand out, because there are quite a few. You’ll find the Qualcomm Snapdragon 888 chip launched at the end of last year, supporting 5G, and paired with a solid amount of RAM and storage.

You can expect Bluetooth 5.2, NFC for Google Pay, GPS, and 802.11a/b/g/n/ac/ax with WiFi 6E, the latest WiFi technology rolling out, plus three cameras on the back — a 64 megapixel wide, 13 megapixel ultra-wide, and 5 megapixel macro — plus a 24 megapixel front camera, and a lot of attention paid to sound, with two front-facing speakers, a 3.5m headset jack, and an amplifier built in.

There’s even a staggering 6000mAh battery underneath, a size the likes of which we’ve not seen in a phone before.

Along the edges, there are also ultrasonic sensors that work as triggers plus two more physical buttons, effectively adding to the touchscreen controls and providing more of a gaming-style of control, something previous ROG Phone models have focused on, too.

What there isn’t yet, however, is a price tag. Asus confirmed to Pickr that all three ROG Phone 5 variants would be coming to Australia, starting with the ROG Phone 5, but wouldn’t offer a price just yet, nor when the models would completely arrive.

However the ROG Phone 5 will hit Australia in April, with the rest to follow later.