Changes are afoot for one of the world’s best tablets, but it’s the big 12.9 inch model that sees all the cool tech.

A little later than the expected March timeframe, Apple is updating its iPad Pro models, and the changes are good if you’re hoping for more performance, but even better if you like the big model.

This year, the design will stay the same, but the hardware will see some shifts, with both the 11 inch and 12.9 inch iPad Pro getting updates, with some key differences between the tech. Both will share an update to the chip, though, so regardless of whether you opt for an 11 inch or 12.9 inch iPad Pro this year, expect Apple Silicon to make an appearance. 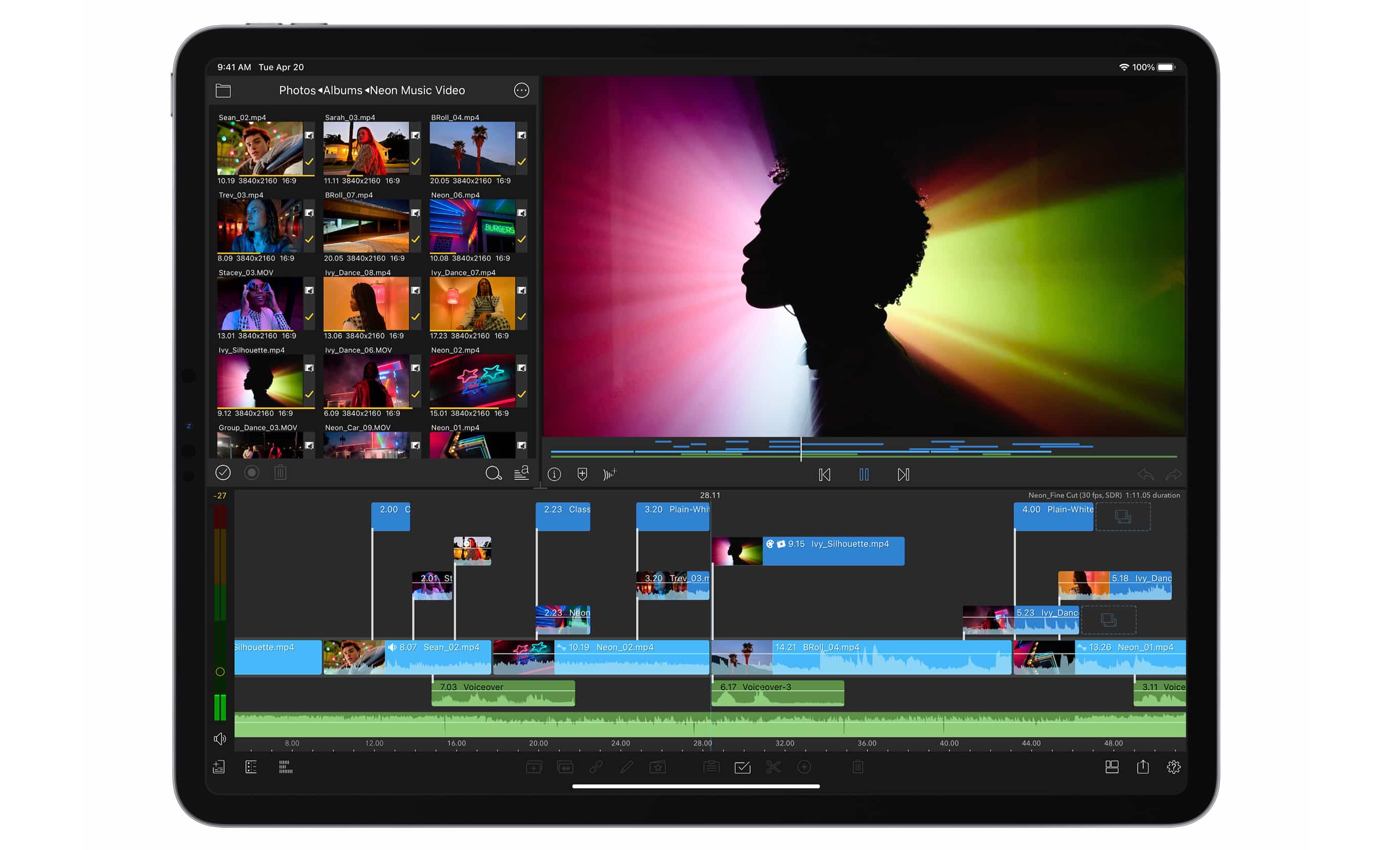 The same impressive hardware seen in the MacBook Air and MacBook Pro, the 2021 iPad Pro models will run Apple Silicon, leaving the A-series chips for the models of iPad not sporting the “pro” moniker.

It means the iPad Air’s ability to outperform the iPad Pro at the end of last year is now less likely, as the same chip from new Apple computers makes its way into the new iPad Pro.

That doesn’t mean you’ll find macOS on the iPad, even if some fans might want that. Rather, the Apple Silicon M1 offers improvements to performance over CPU and graphics, supporting more memory alongside, as well. That should result in some seriously strong performance for iOS apps, potentially giving pro-iPad users more grunt with less time to deliver operations on.

5G comes to the iPad Pro

Both iPad models will also gain support for 5G in the cellular models, with Australian iPad Pro models supporting the Sub-6 standard we use, while out American counterparts will also get mmWave. With no mmWave rollout in Australia just yet — and not expected until later in the year at the earliest — you’ll just have to settle for a 5G capability in the iPad Pro that can hit 2Gbps, which is still pretty freakin’ fast all the same. 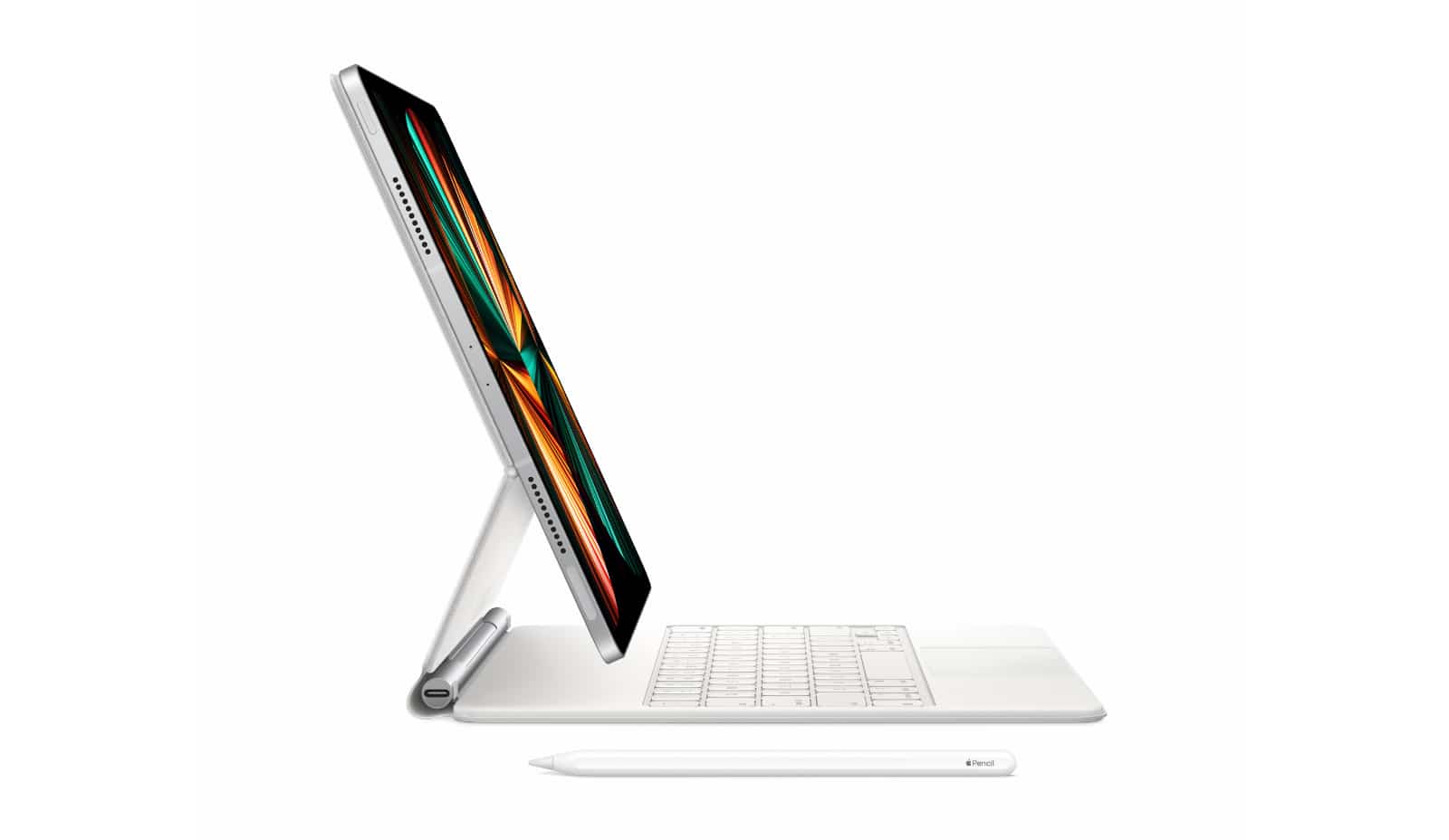 There’s also a change to the connector, with the Type C port at the bottom now supporting Thunderbolt and USB 4, basically supporting speeds of up to 40Gbps and 10Gbps Ethernet, meaning faster transfers across the board. Meanwhile, the selfie camera sees a 12 megapixel module with a technology called “Centre Stage” which provides a larger field of view, and keeps you or whoever is in the centre of the frame firmly in focus and centred.

On the back, not much is changing, with the two camera system with LiDAR much the same, though it now supports Smart HDR 3. An accessory will also change, at least in look, bas the Magic Keyboard is made in one colour aside from dark grey, coming in white.

But one of the more important changes is coming in one model: the 12.9 inch iPad Pro.

Mini-LED comes to the iPad Pro

Opt for the bigger of the two iPad Pros, and you’ll find a new screen technology, as Apple confirms rumours and goes to mini-LED.

One of the new styles of TV screens that made waves at CES 2021, mini LED basically uses smaller clusters of LEDs behind an LCD panel to better control the lighting and dimming of a screen. Think of mini-LED as the improved take on LED-backlit TVs, whereby you have more LEDs to control the lighting more clearly, resulting in a more balanced approach to picture quality. 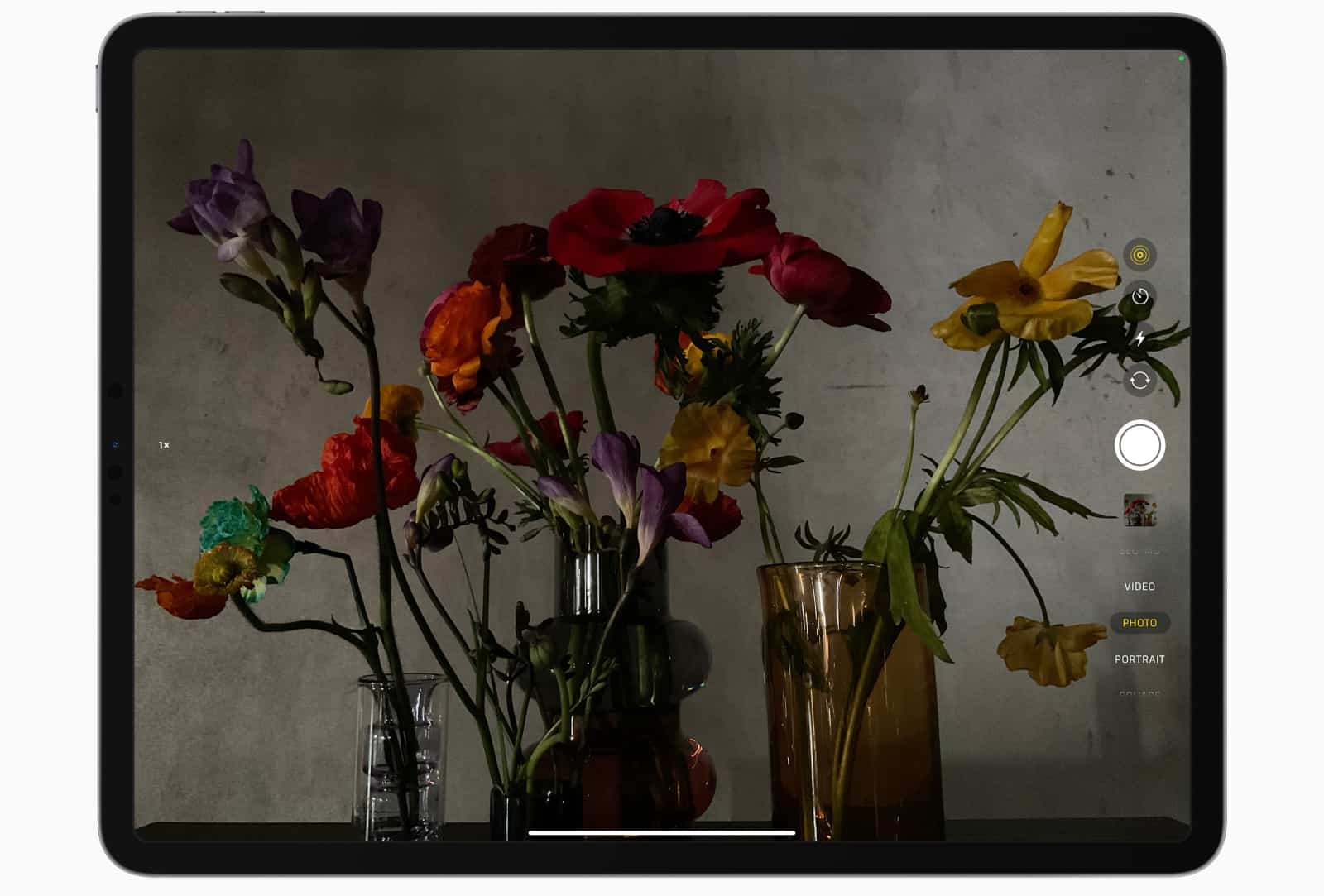 Mini LED is a technology being used in TVs screens and monitors, too, with Dell announcing the latter, and now Apple is using mini LED for its iPad Pro, but only the 12.9 inch iPad Pro. The 11 inch model appears to hold onto the standard LED-backlit panel, which was lovely all the same when we reviewed it in the 2020 iPad Pro.

For Apple, using mini LED in the 12.9 inch iPad Pro will see over 10,000 LEDs in the screen, delivering a lot of brightness and contrast, plus a new name: Liquid Retina XDR. Think of this term as Apple’s new whizz-bang screen tech, and about as cutting edge as the latest screens from Samsung.

Granted, the new iPad Pro models are not using OLED or AMOLED, with these screen technologies still reserved for the iPhone models. We’re guessing mini LED might be the technology the iPad Pro models will get until Apple can get OLED working in a way that satisfies the needs of that device later on, whenever that will be. 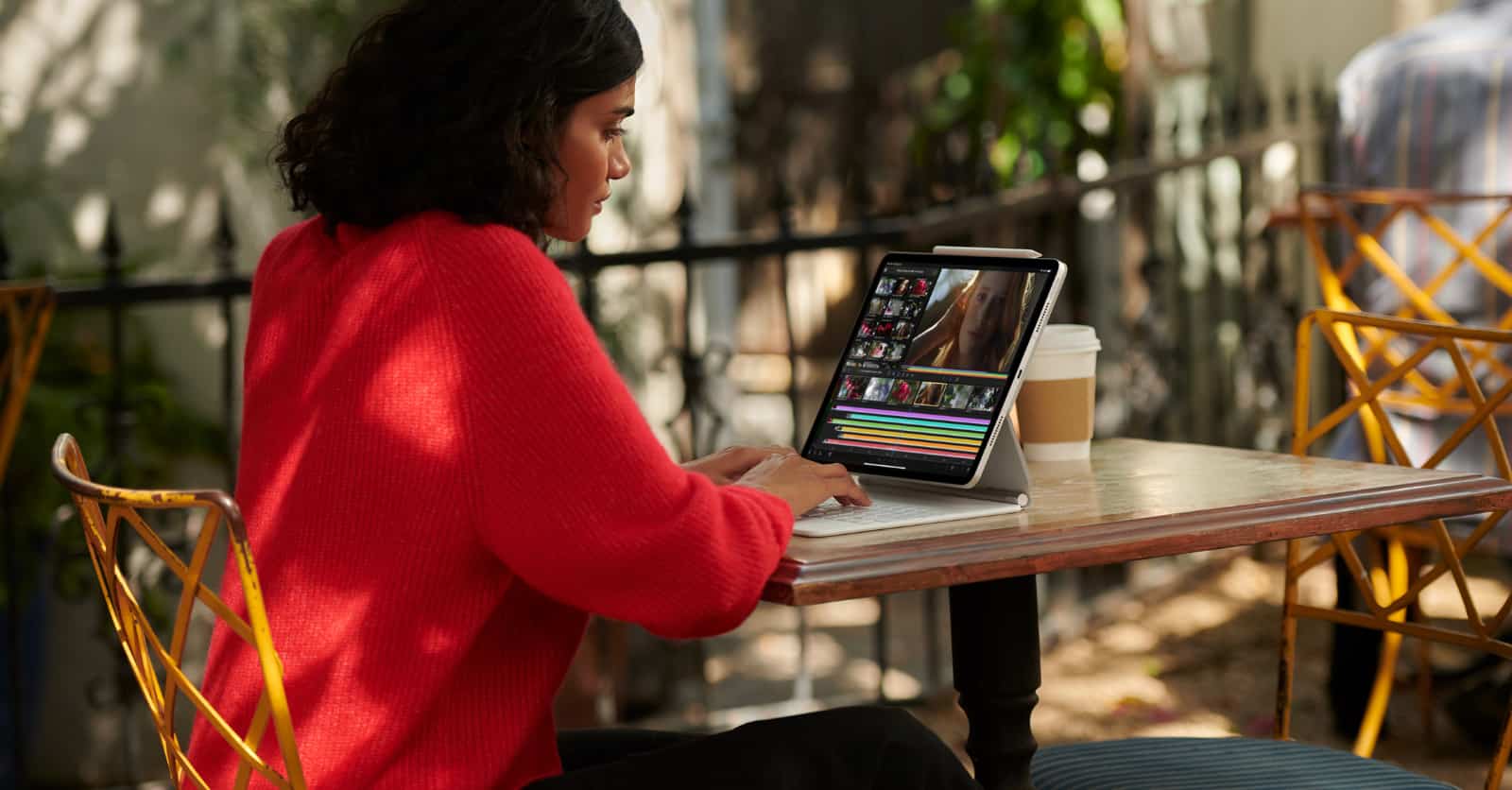 The release date in Australia for the 2021 iPad Pro models is the second half of May, just like it is for the 2021 Apple TV 4K, though pre-orders kick in April 30.