There’s a new take on the Apple TV on the way, and while it won’t be an 8K capable Apple TV, it will boast improvements in other places.

Four years on, the Apple TV 4K is looking a little long in the tooth. We still use it, and it’s still as good as we remember it, but things have changed in the years that followed, and Apple has been learning a few tricks or so.

We’ll see the results of those new tricks in a new model, which looks set to replace the old, even though it will continue to coexist alongside an HD model. But first, the goods.

And the goods in the Apple TV 4K are about performance, not just in overall speed, but also in colour, too. 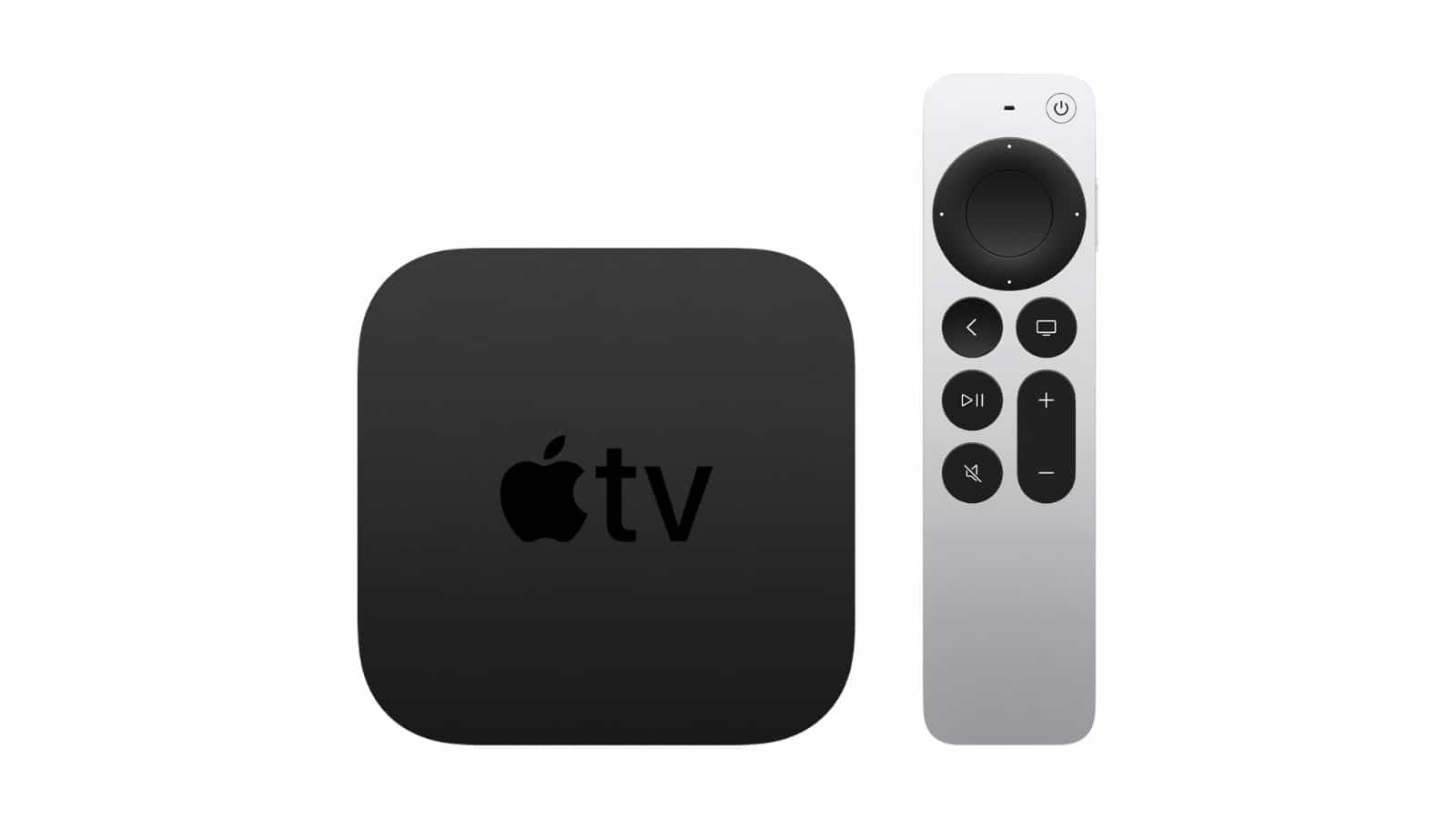 Understandably, there’s a new chip inside the 2021 Apple TV 4K, with the A12 Bionic replacing the A10X of the first Apple TV 4K. The difference here is basically performance between the iPad Pro 10.5 from 2017 — which featured the A10X — and the iPhone XS Max in 2018. It means the chip update is an improvement, but a modest one, supporting speedier frame rates with Dolby Vision at 60 frames per second, which also includes videos captured on the iPhone 12 and iPhone 12 Pro models. Pretty much the entire iPhone 12 range.

While there’s no upgrade from 4K to 8K here, alongside the performance changes are changes to the colour performance, which can work with an iPhone’s light sensor to customise a TV’s colour more clearly.

Everyone’s TV might display colour a little differently, and it can vary wildly depending on who made your TV — and often how much it cost you — so the 2021 Apple TV 4K will attempt to fix that for iPhone owners. Essentially, the new Apple TV 4K will turn an iPhone into a colour calibration spider, and fix the colours on your TV for you, balancing it so that it’s more like the industry standard for picture quality.

That’s a little exciting, though it will only work with iPhones with Face ID on-board, meaning pretty much anything Apple makes with no home button, which means devices like the iPhone 8 Plus and the 2020 iPhone SE won’t get that support. You’ll also need iOS 14.5, which will roll out later, though the good news is this colour balancing feature sounds like it should work with the older Apple TV 4K, too.

And then there’s the remote, which Apple is changing. 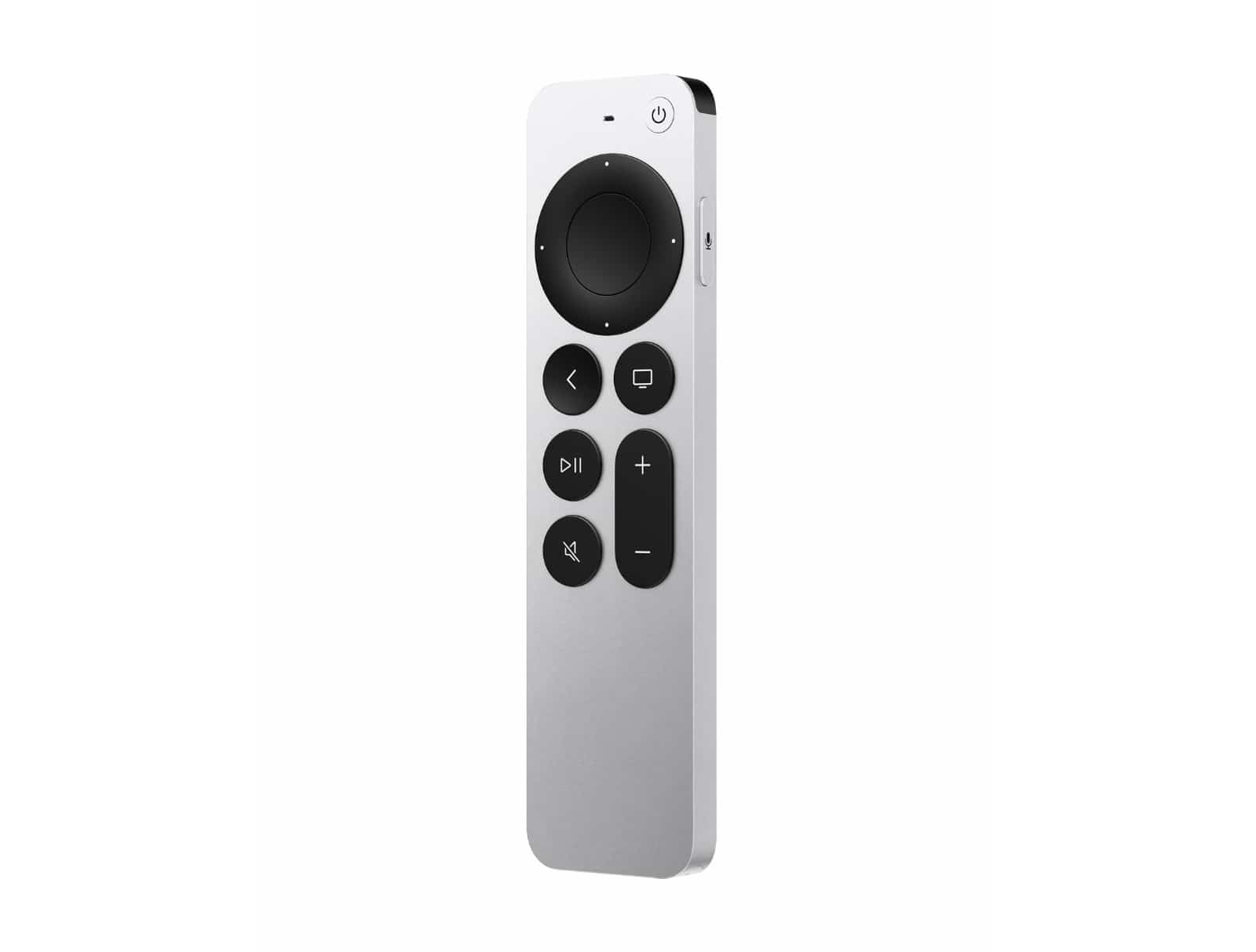 We’re back to the old colour scheme of silver with black buttons, and not the other way around, as Apple includes a clickpad control complete with the touchpad still there, while the outer ring of the click pad supports circle gestures to basically turn it into a jog wheel. This effectively gives you three controls in one, and that’s not all.

The new remote is the “redesigned Siri remote”, which basically moves the Siri button to the right side, and provides more TV controls on the front, with a power button and one for mute, basically taking over a TV’s controls. Basically, Apple wants the Siri remote to be the one that controls your TV entirely, so that’s why the controls are here like this.

Fortunately, if you have an Apple TV and just want the new remote, you’ll be able to get that, and it will be landing at stores in May from $79. 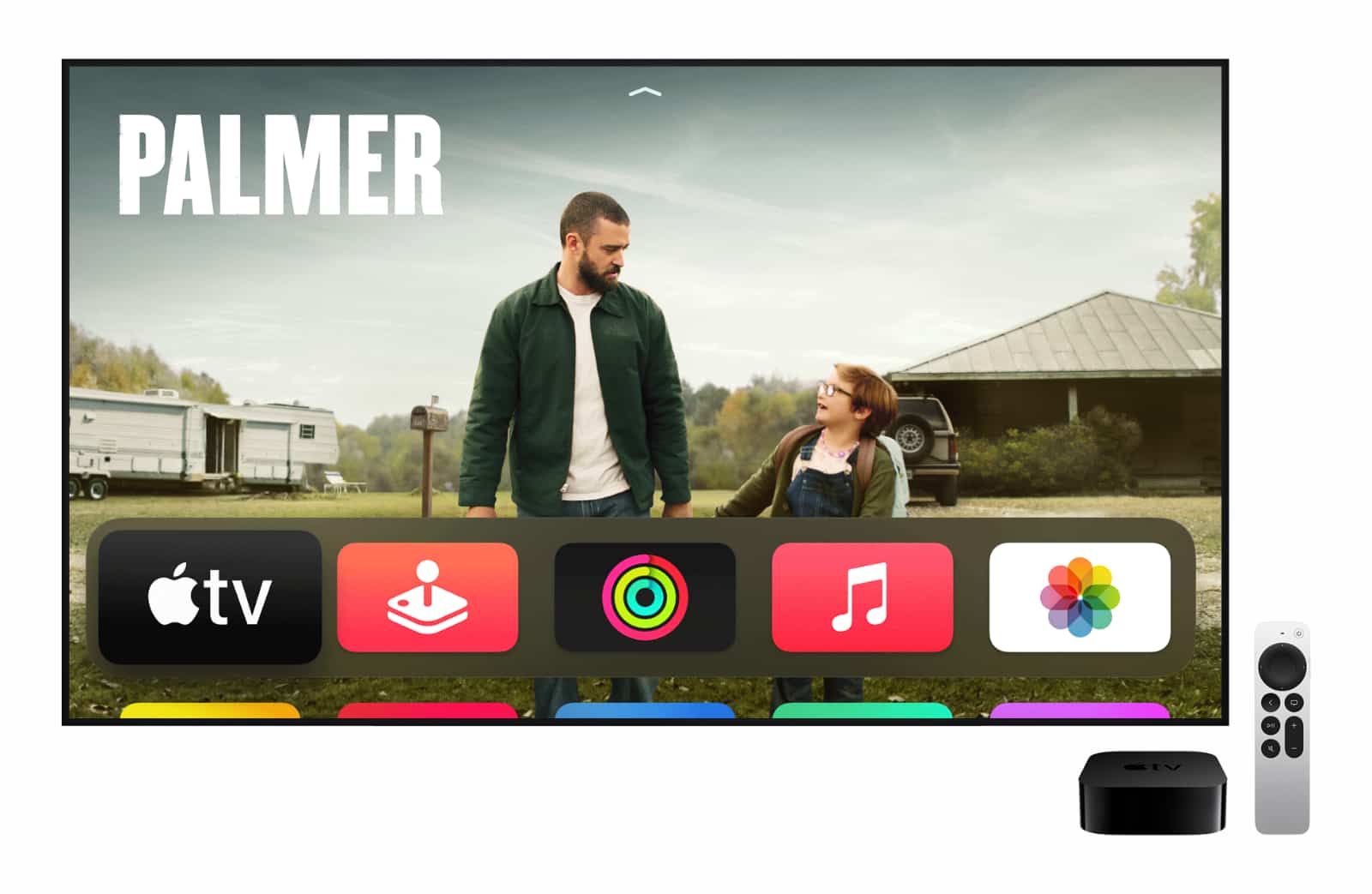