Backing up shouldn’t take forever, and with WD’s latest pint-sized drive, there’s a focus on speed, as well as durability.

Making sure you back up your important files is a lesson you only really want to learn once, if that, because if a hard drive or a computer fails, trying to save the files from disappearing can be just one big lesson in sheer frustration. It’ll only happen once, and then you’ll swear black and blue you’ll never let it happen again, because file recovery is never fun.

From tears to agony to anger and more, it’s an abject lesson you’ll never forget, and is just one more reason why backing up is so important, even if it can be a terribly boring part of life.

One reason for the boredom is the time it takes: the more data you have, the longer a backup is likely to take. Grab an external hard drive, and you just might find that backing up your most needed files takes anywhere between minutes to hours, forcing you to come back to your computer to check on how things are going. That’s a burden associated with lots of storage and slower hard drives, but technology is pushing on ahead.

Between faster storage in your computer, faster ports, and faster external storage options, you may find the speed of backing up has changed since you last tried, provided you grab one of the newer style of drives, the solid-state drives.

A little different from a conventional hard-disk drive, solid-state drives use a similar type of memory to what can be found in your phone, memory cards, and USB drives, basically using a faster style that is also thinner and lighter, too.

Shortened to “SSD”, solid-state drives are hardly new, but more companies are embracing the technology lately, and so more are coming out. 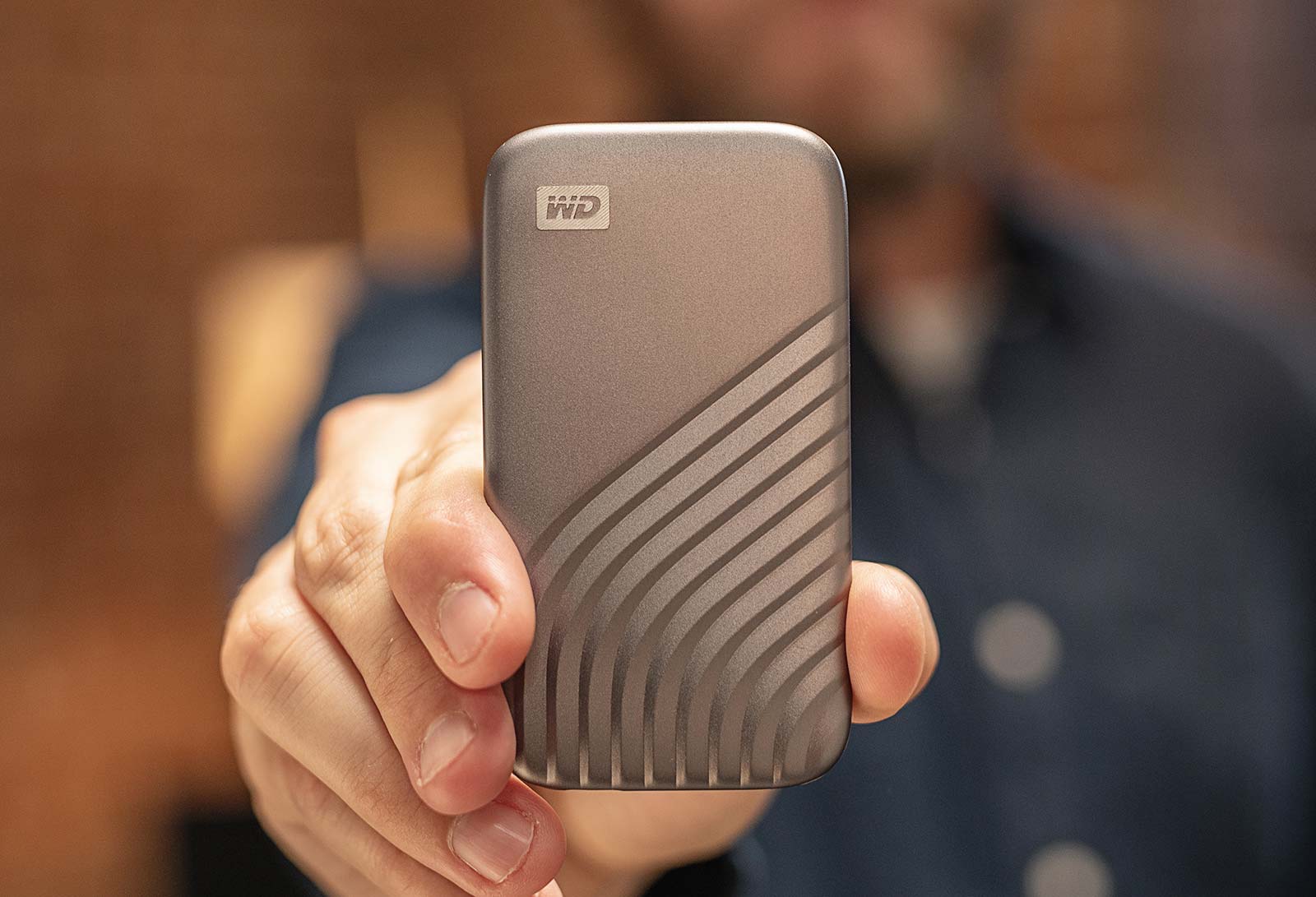 The latest to launch is from WD, a brand that owns SanDisk, one of the largest producers of memory cards around the world. WD’s latest external drive is the 2020 edition of the WD My Passport SSD, a pint-sized external solid-state drive built to be fast, and possibly faster than quite a lot of devices out there. Specifically, WD is suggesting read speeds as high as 1050 megabytes per second, while write speeds are said to clock in as high as 1000MB/s.

What this means in layfolk’s terms is this: gigabyte per second speeds on offer for WD’s latest external drive. Literally, as one gigabyte is 1024 megabytes, which this drive is said to transfer in about a second. That’s more than double the speed of what we saw in the previous WD My Passport SSD, which this one replaces, and potentially taking the fight to Samsung’s T7 SSD this year.

WD’s My Passport SSD isn’t just about speed, but also compatibility and durability, it seems, with support for a Mac- and Windows-friendly standard of ExFat out of the box. There is but one port, with a Type C USB port running at 10Gbps, but you can convert it to an older style full-size USB port with a handy snap on-plug found in the box.

WD is also throwing in a slightly longer warranty with its My Passport SSD, netting five years for hardware replacement if something happens, over the previous three years WD external SSDs have received. That doesn’t cover data, mind you, so if something happens, you’re getting new hardware, not replacing files you’ve lost.

No drive warranty will, mind you, but that should be a reminder to keep your drive in as best a condition as possible, though WD says is amy Passport SSD is resistant to the shock of some drops, too, at up to 1.98 metres. We wouldn’t put a drive of any kind through that sort of rigour, and neither should you, but if you fancy a light and durable drive, you’ll be able to find this one available very soon. 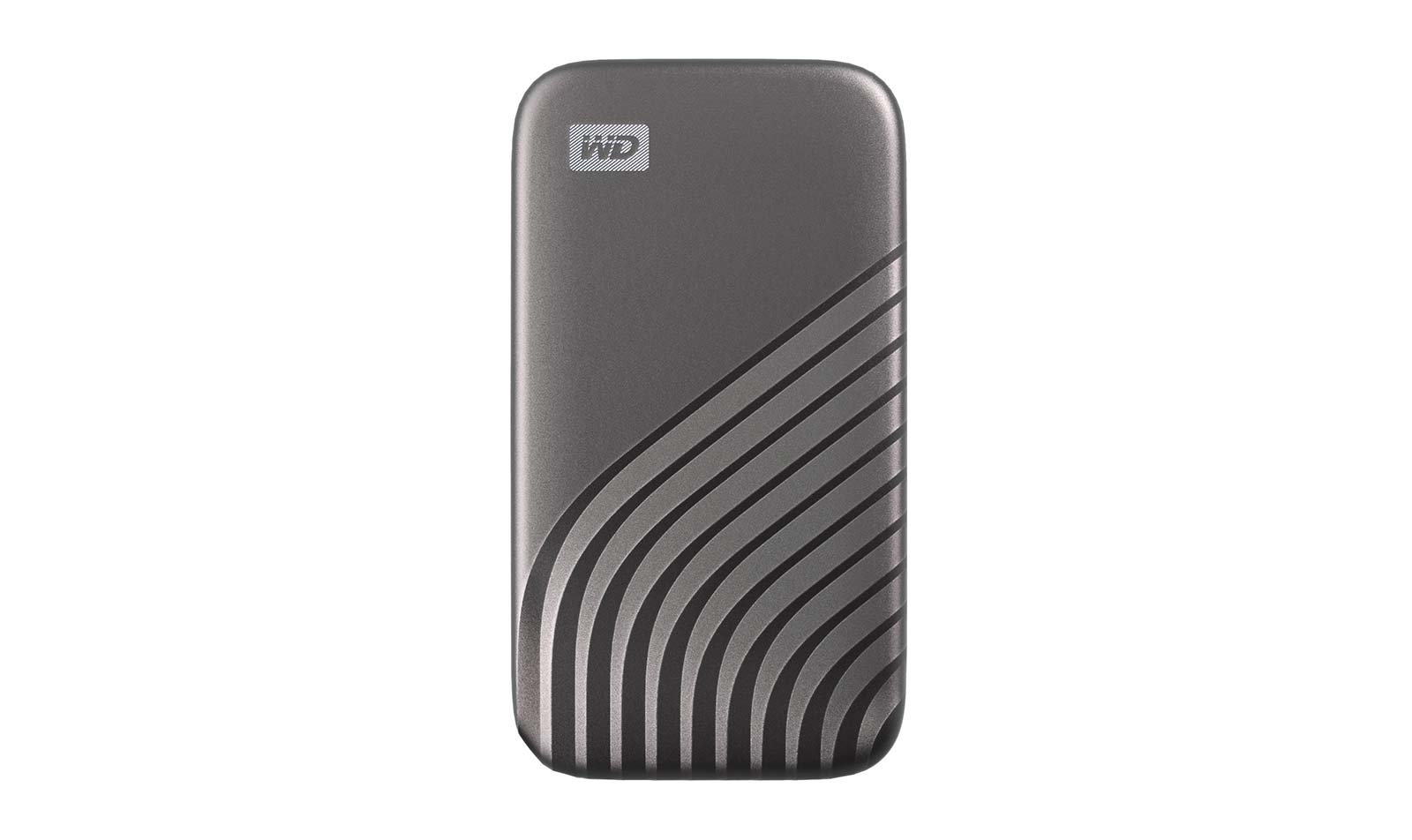