Need a big phone with a seriously big focus on media and the camera? Oppo’s latest could just win you over, as it makes a play for the high end.

If you’ve been following the Oppo brand since it started releasing phones in Australia, there’s a good chance you’ve watched it mostly in the budget and mid-range part of the market. Whether phones came with an A, AX, J, R, or “Reno” branding, Oppo has mostly looked to consumers hoping to save a bit of cash and not have to negotiate for quality and price.

It’s something the brand has become known for over the past few years, helping to democratise smartphone technology by providing value for money in phones that deliver some decent components for not too much cash. Some of them are so good, they manage to set standards, such as how last year’s 5G Reno was one of the best 5G phones released all year.

Flagship Oppo phones aren’t super common, though, and tend not to be released as often as the less expensive models in the other phone ranges.

Instead, Oppo reserves the “Find” range for its flagship technology, using it as a bit of a testing ground for new ideas.

When Oppo dabbled with the motorised camera that appeared in the Reno 5G, it first appeared in the Find X phone a few years ago. Over time, the company managed to get better with the technology, but Find X was where it started.

And this year, Oppo plans to start a few more ideas in its Find X2 Pro, the next in the Find range that Australians will get to see. 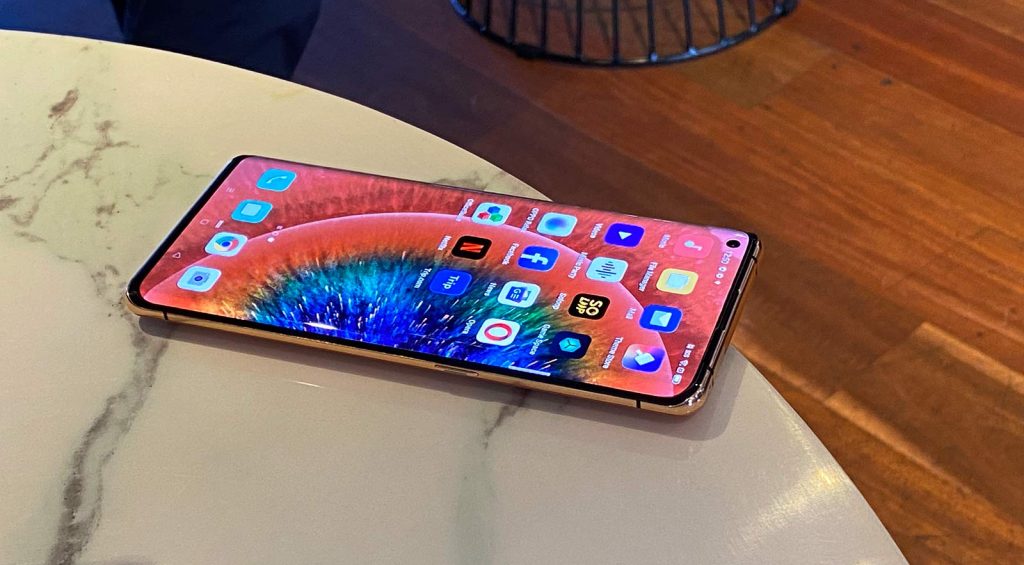 The latest Find X model, the X2 Pro will marry high-end specs to a big screen and equally matched camera system, catering for much of what we expect a phone to do these days. And we generally expect a lot out of our phones.

We expect them to deliver a fast experience, both in performance and mobile connectivity, and Oppo has that handled in the Find X2 Pro, sporting a Qualcomm Snapdragon 865 chip which is paired with a staggering 12GB RAM and 512GB storage in Australia.

Mobile speeds should be solid, too, with the Find X2 Pro being a 5G phone. There’s no 4G variant in Australia, though it should be backwards compatible with the technology, meaning the Find X2 Pro will work on both current and future 5G networks.

There’s also water resistance, NFC with support for Google Pay, a sizeable 4260mAh battery, and Oppo’s super fast “VOOC2” charging, which can charge the battery in a staggering 38 minutes. It’s missing wireless charging, which is an odd omission, but if you can live without it, you’ll get super fast wired charging in its place. How about that for performance.

Oppo has built a bit of a media powerhouse 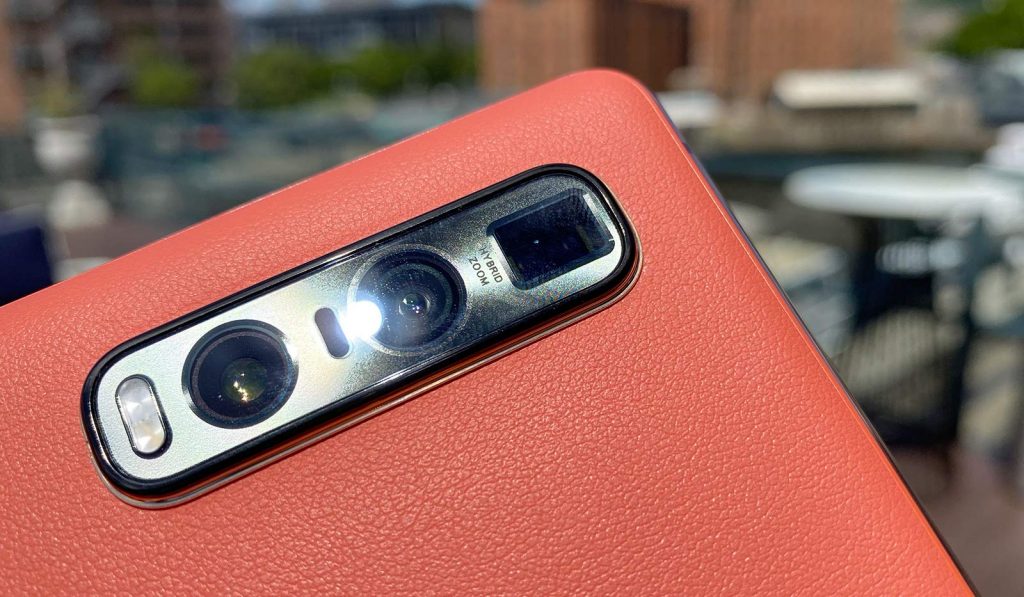 And we expect phones to deliver a solid media experience, because they’re out cameras and portable media players, too. Fortunately, Oppo seems to have that dealt with, as well.

On the camera side, there’s a three camera setup with a custom Sony sensor designed for Oppo, the Sony IMX689, which the company says has been built for low-light photography. It’s a slightly larger sensor than normal, set to 48 megapixels and paired with a lens sporting an F1.7 aperture, certainly making it no slouch. There’s also a 48 megapixel ultra wide and a 19 megapixel telephoto lens, with the technology coming together to support a 10x hybrid zoom and up to 60x digital zoom (if you like making pixels bigger).

The camera combination comes with some neat features, too, such as a dual native ISO technology that allows the camera to use different low-light sensitivity settings for parts of an image, effectively balancing an images brightness and sensitivity using distinct settings. It’s an approach we’ve seen on only a handful of proper cameras, so to see it on a smartphone is interesting, to say the least. There’s also support for a colour temperature sensor on the back, which should help to iron out colour in images and make it more natural across the board.

Viewing back those images will happen on the 6.7 inch screen of the phone, which itself is a 10-bit display capable of showing over a billion colours on and 100 percent of the P3 colour space. Oppo is also supporting the 120Hz screen technology we’re beginning to see on other devices, such as the Galaxy S20 range and last year’s Pixel 4 phones, which makes things a little smoother as you use the phone. 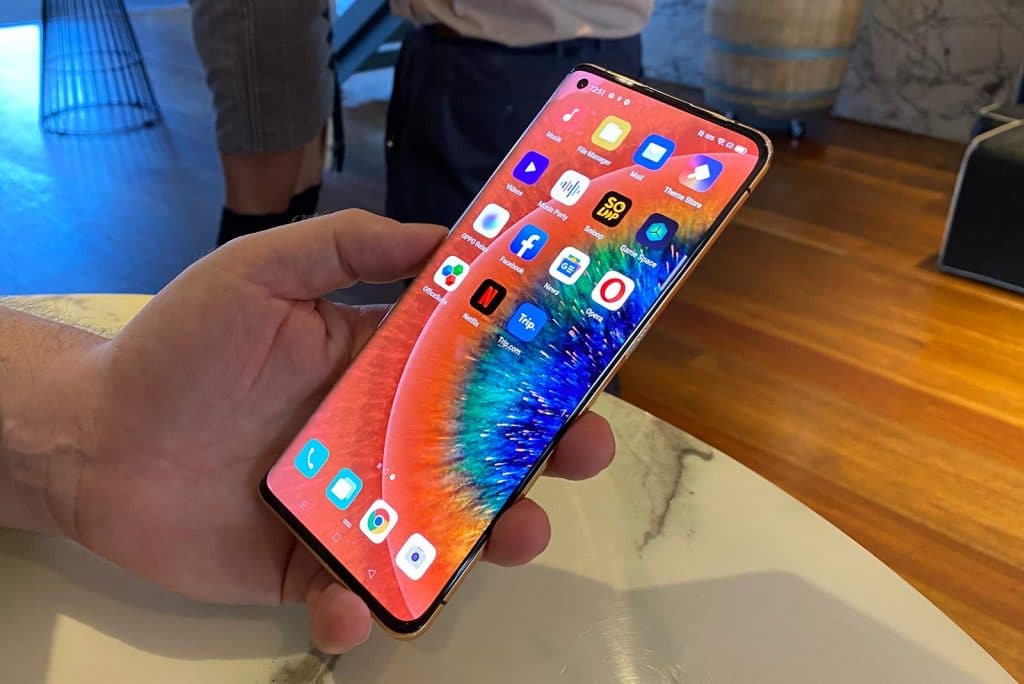 And there’s even something a little extra in there, with a chip Oppo calls the “O1 Ultra Vision Engine” to convert standard definition footage into HDR, while its Motion Clear technology adds frames to what you watch to improve the quality. That means a 30fps video might become 60 or 120, and the same is true with games.

We’re not sure what this necessarily means for all video, and whether it can be turned off. While motion enhancement technologies tend to be useful for sports, they can product what’s known as “the soap opera effect” in movies, and usually see people turning off the motion modes on TVs as a result.

On a phone, the concept might be handy for games and YouTube videos, but if you’re watching Netflix, Stan, Disney or Amazon on the Oppo Find X2 Pro, we’re not sure what it will mean for your media performance just yet.

Hands-on with the Oppo Find X2 Pro and its camera

What we can say is how the phone feels, and how that camera performs.

So first there’s the phone, which is surprisingly large, and manages to have a bit of size on even the biggest iPhone, the iPhone 11 Pro Max.

A larger phone, there’s a nice feel to the handset, particularly the “vegan leather” model, which features an orange vinyl on the back that comes off looking a little like a nice set of luggage.

While a big phone, our initial impressions weren’t that the phone was unwieldy, though we did spend much of our time with the camera.

Even in a pre-production state, the three camera setup is surprisingly snappy, and capable of some solid results. Tested with Ausdroid’s Jason Murray (who kindly let us share the images he shot of the Harbour Bridge), we found the zoom could get nice and close, while the macro mode actually managed to blow our mind just a little.

Macro modes usually don’t have a whole lot of energy thrown into them, but with support for a minimum range of 3cm, and some impressive detail and background defocusing, we’re stunned by what the phone can do. There’s some lovely sharp clarity to be noticed, set against the soft background, and while there’s still some work to do, it’s a great start.

Australian release and availability for the Oppo Find X2 Pro

While it’s still too early to say whether the phone will be one of the year’s best, Oppo is certainly bringing the game with this phone, and showing it has the guts to do a proper flagship.

And it’s a flagship that will come with a flagship price, hitting Australian store shelves in the coming months for $1599 in a 12GB RAM and 512GB model. Both variants should be available in Australia, with a choice of the ceramic black or the orange vegan leather.

We’ll let you know where it will retail once Oppo tells us, but right now, this might just be one phone to look forward to, particularly if one of the main reasons you buy is the camera. 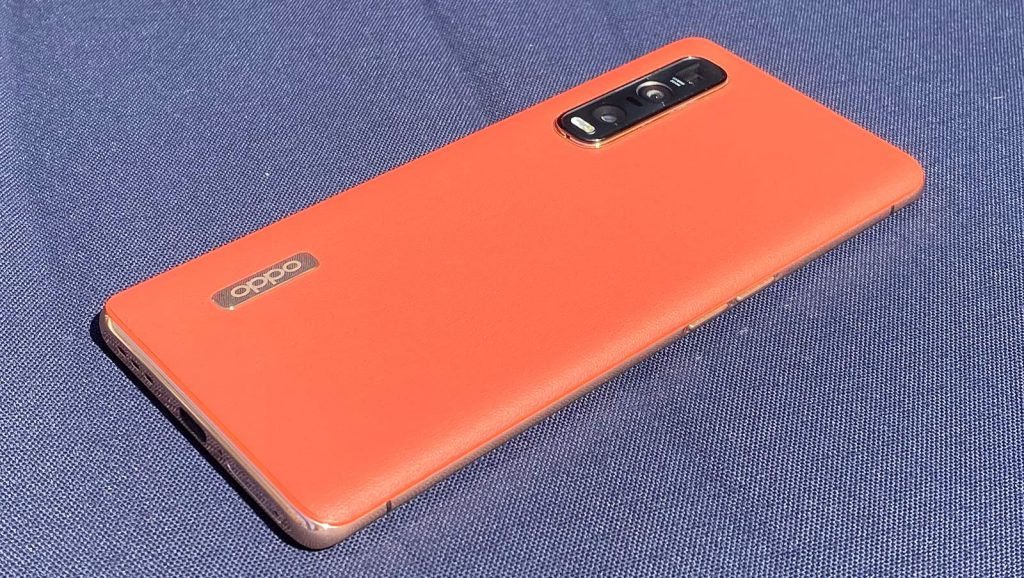