Photographers who get in the midst of the action may be inclined to check out a new camera coming from Nikon this year, as it’s all about focus and speed.

It’s been a good six months since Nikon hinted that it was working on its next flagship camera meant for the hands of sports photographers and photojournalists, and we now have some idea of what the company was talking about: the Nikon D6 has been announced, but it might not be what you were expecting.

While some manufacturers are already talking about an 8K capability in their upcoming camera slate, Nikon appears to be keeping its high-speed camera typically handled by professional photographers and photojournalists about what they need most, with speed and accuracy on the cards.

“The rapid movements of athletes can be beautifully captured by its quick reactions, without hesitation or interruption in the crucial moments,” he said. “Speed in accuracy, operability, communication and transmission, this is the D6 – it leaves nothing to chance.”

What Mr. Young means refers to the features of the new camera, which aren’t likely to make an impact on video the same way we might expect out of some interchangeable lens cameras, but rather focuses on the part that sports photographers and journalists rely on. 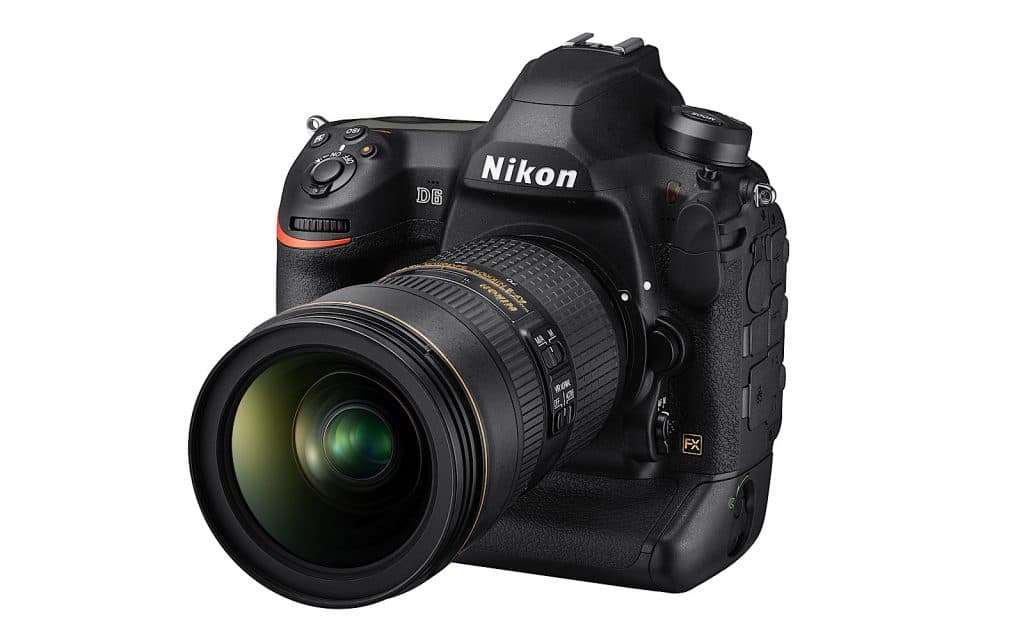 As such, the Nikon D6 will offer 105 points of autofocus, but rather than only let you select a handful, each of these is selectable. That’ll be useful to people who want to capture movement in specific parts of the frame, allowing them to compose an image and let the autofocus nail the right part of the shot to focus on, helped withi mprovemenrts to the autofocus engine.

The speed of the camera has been improved, too, with support for up to 14 frames per second capture, or up 10.5 frames per second in silent mode, whereby the camera keeps the noise down compared to the clack-clack-clack sound of the mirror firing up and down quickly. Nikon’s D6 can also capture images at a high-speed mode for more intense action, able to grab 60 frames per second, but it has to drop the megapixels to 2 megapixels, which might be enough for online or a newspaper, but not much more.

Most of the time, images will be captured by a 21 megapixel sensor (20.8 technically), something Nikon hasn’t talked as much on as it’s possibly the same one found in the D5, and there’s still support for last generation’s 4K Ultra HD, making it a 4K camera, which is still perfectly valid in this day and age.

There’s an improved ISO range, too, meaning low-light photography is on the cards, sporting a native sensitivity of ISO 102,400 and yet with a fairly extensive maximum ISO of 3,280,000, which would be some take on night photography. Meanwhile, the camera now supports built in WiFi and Bluetooth with connections back to phones and tablets, as well as GPS, alongside Gigabit Ethernet, the latter of which was included in its predecessor, the D5. 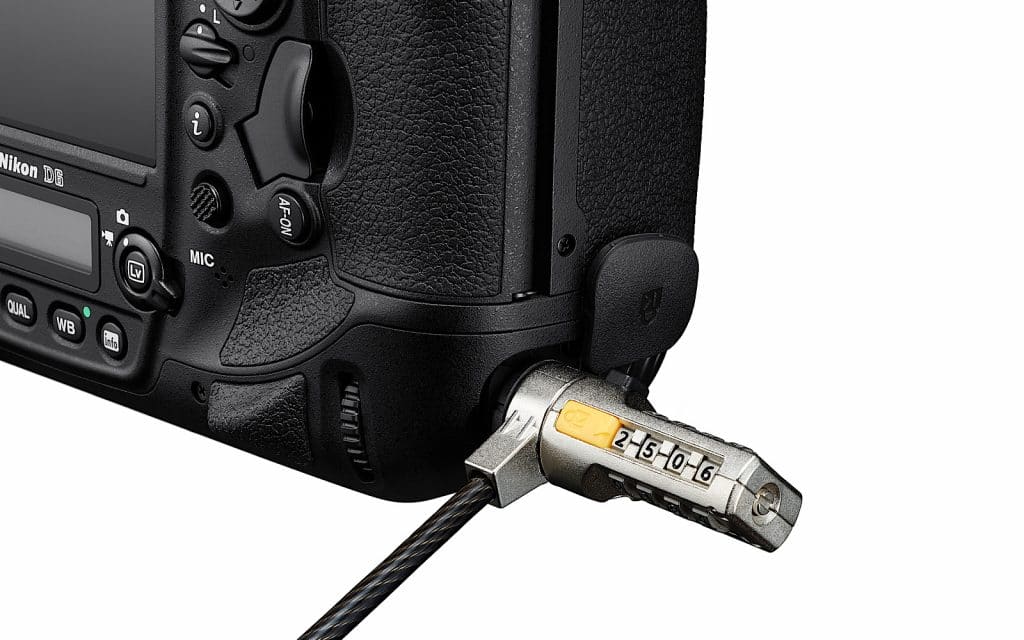 We’re not sure when one other feature rocked up in Nikon’s pro-grade cameras, but the inclusion of a Kensington lock port at the bottom is also a neat concept, as it at least means if you have to leave your camera somewhere, leaving it tied to something like a lamp post or a table provides some semblance of security for such a big camera. That Kensington lock is likely built into the magnesium alloy body, keeping both the security and strength of the camera up, and Nikon has used Kevlar for the shutter mechanism to keep that component strong, too.

Throughout, Nikon’s updates to the D5 — which was released back in 2016 — feel somewhat modest and restrained, like a photographer honing their craft, and not trying to reinvent the wheel. Given the audience Nikon typically looks to with its flagship D-series, it’s not a huge surprise that we’re not seeing new features such as 8K or increases to megapixels, as photographers in this bracket usually look to speed and focus being some of the most important features.

And that’s what appears to be here, though as usual, there’s no Australian recommended retail price set by Nikon, in line with a policy pushed forth by the company years ago to allow dealers to set their own prices (which may have come about when people started using the internet to buy cameras from overseas). As such, dealer pricing suggests the Nikon D6 will see release in Australia for a body only price of $10K, with March the expected time frame for this one to arrive.