LG has never been one to stray from odd concepts in phones, and its latest crazy idea, the dual-screen phone is about to be turned on its head. Literally.

If you take a glance at the year’s smartphones and you think “nice, but ordinary”, you’re probably not going to feel alone. While the year has been more than a touch stranger — and certainly stranger than previous years — phones have felt a little conservative. Big screens, large batteries, several cameras housed at the back, and an almost deliberate sense of the ordinary, which isn’t bad, just not necessarily exciting.

There have been a few great phones so far this year, with phones that make easy recommendations, from the Google Pixel 4a to the 2020 Apple iPhone SE, to Oppo’s Find X2 Pro, and even some budget choices, too.

But exciting designs and interesting concepts haven’t really been a part of what’s out there, and while Samsung is experimenting with more foldable phones, they look to be refinements on a new category, not necessarily experimental projects. If you’re after an experimental concept of a smartphone, you have mostly been out of luck this year.

However LG does appear to be working on something that fits that area, and it’s a unique project the company calls the Wing. 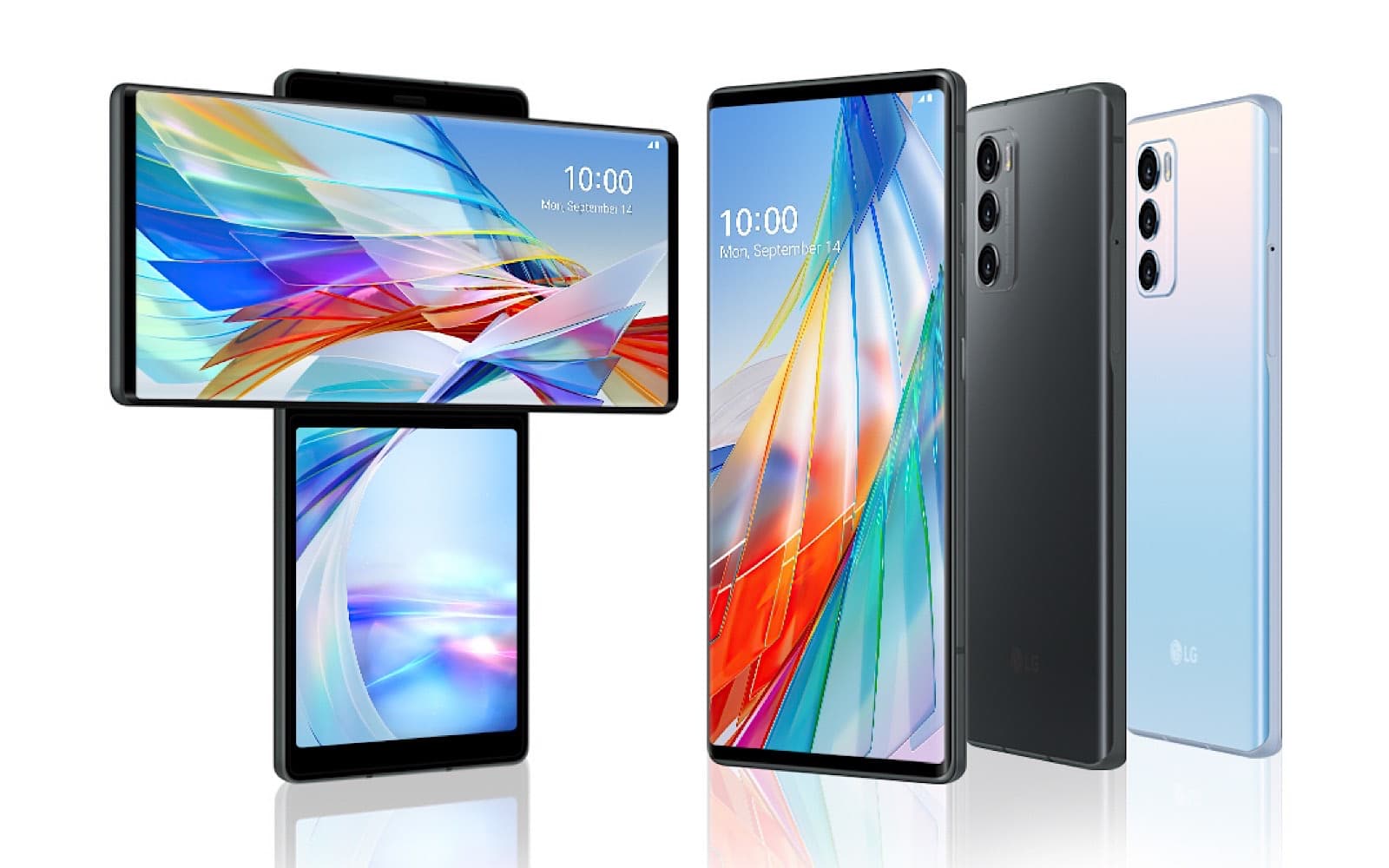 Simply put, the LG Wing looks like a normal large-screened phone when it’s positioned normally, and then you can rotated the screen to sit almost like a T-ruler, sliding out so that it rotates in place, revealing a smaller square screen underneath.

The result is a dual-screen phone concept that includes two screens, though not in the way LG’s previous dual-screen V50 used them. Rather, the second screen is there when you need it, acting as a companion for the first screen.

It’s a curious idea because it reimagines two screens not as a phone that works as a tablet, but rather a phone that just so happens to have an extra screen for when a second screen is needed. You’ll find a big 6.8 inch OLED screen for the main display and a 3.9 inch screen below it, which comes into view only when you slide that big screen out, swiveling it into position. What’s more, the phone is entirely rotatable so that the phone’s big main screen sits at the top, bottom, or even the sides, some of the options for its use include:

LG’s Wing is definitely one of the more interesting approaches to phones we’ve seen this year, with an approach to multi-tasking that essentially reimagines the second screen as something you only need when you need it, not necessarily sitting there as part of an overly large phone. 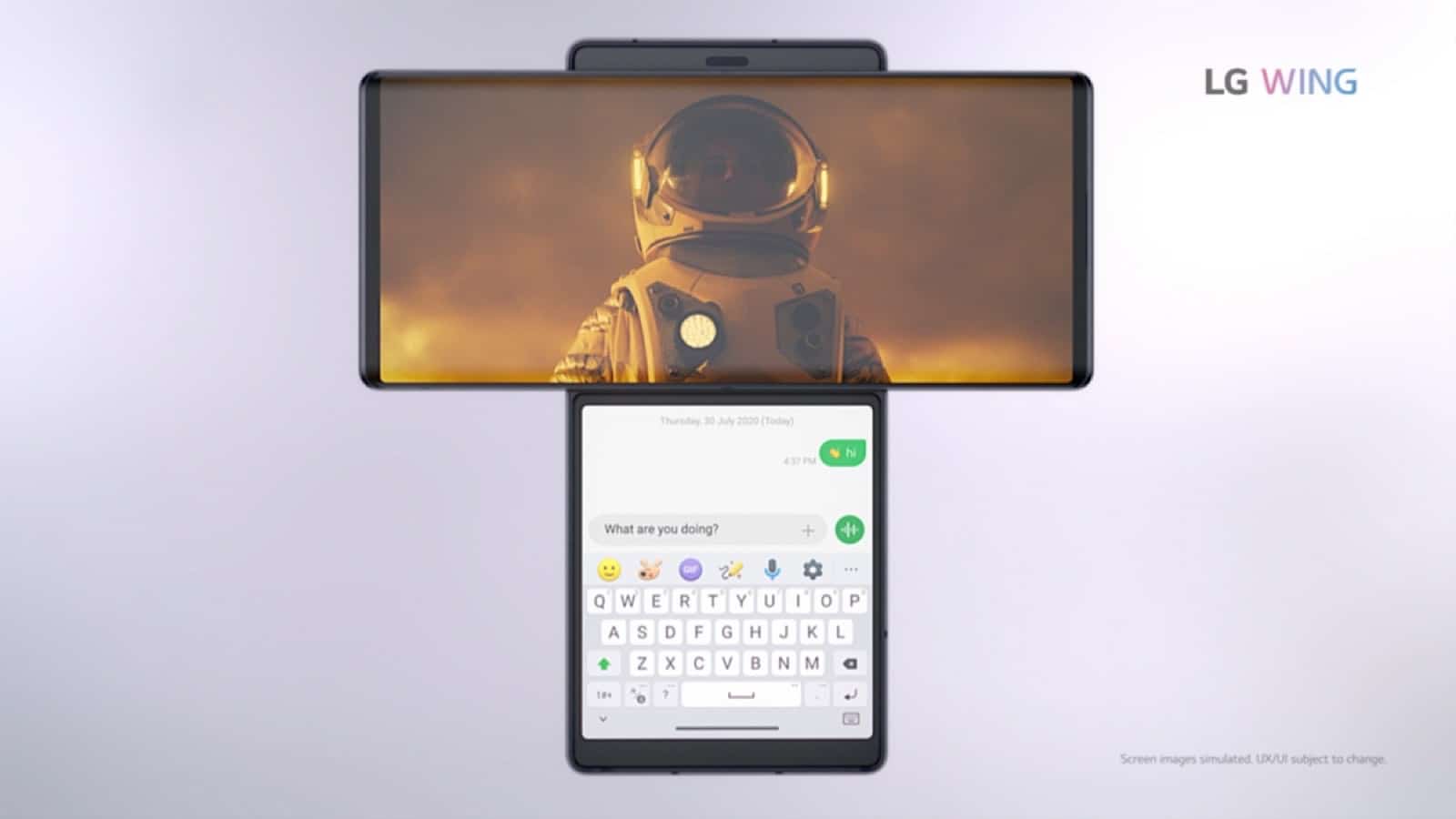 Like other phones to date, it includes some relatively high-end specs, with a Snapdragon 765G 5G mobile chip, plus three cameras on the back, made up of a 64 megapixel standard wide, a 12 megapixel ultra wide, and an extra 13 megapixel wide, likely all coming together for LG’s “Gimbal Motion Camera” which is one of the features, turning the second screen into a phone camera grip, and allowing the phone to track camera shake to improve and stabilise camera movement in a way a proper camera gimbal can.

“LG Wing ushers in a new era of mobile discovery and is an exciting beginning to our Explorer Project initiative,” said Morris Lee, President for LG Mobile.

“Different than anything else on the market today, this innovative device challenges the industry status quo and provides consumers with a new mobile experience that will open up new ways to think about the smartphone,” he said.

However as different as it is, the LG Wing might not see release in Australia. As of the time this was published, LG’s local representatives has said that ranging for Australia has yet to be determined, so as crazy cool as this one might be, Aussies might not see it. We’ll let you know if that ever changes.