It’s that time again when TV makers are looking to change models, and no one is exempt, as Kogan joins in. Kind of.

You might be hesitant to spend money at the moment, and we wouldn’t blame you, but it’s also the time when new TVs make their way out, and that can be mighty tempting.

We’ve already heard from Samsung on the matter, and it’s not the only company getting in the spirit of things, as Australia’s Kogan joins.

Kogan’s offering for 2020 TVs appears to be less about new TVs for the year, but rather new TVs in general, with two built for large sizes that don’t necessarily attract a large price. While the company hasn’t talked up features such as algorithms for colour fidelity or 4K upscaling, it appears Kogan’s main focus is on the bargain approach, with 75 and 82 inch TVs getting in under the $3K mark in Australia.

The new TVs include an 82 inch HDR 4K LED-backlit TV, as well as a 75 inch quantum dot panel Kogan is calling a “QLED”, though isn’t likely to be the same “QLED” variety as Samsung’s.

It’s worth noting that while QLED is a term at least one manufacturer uses for quantum dot’s colour enhancing crystals, it’s not the only one, with NanoCell used by LG and Triluminos used by Sony. QLED does get around the place, and even TCL has used it, but Samsung’s use of QLED tends to be different from other manufacturers, with metal-coated crystals distinct from the kind without metal in other quantum dot setups.

Technical jargon aside, Kogan appears focused on perceived value with the offering of these TVs, at least as so far as how it relates to price.

While the panel technologies differ between the Kogan 75 inch QLED 4K TV (XR9510) and the Kogan 82 inch LED-backlit 4K TV (XR9210), they both arrive with Dolby Vision for HDR, Dolby Audio for the speakers, WiFi, Bluetooth, Ethernet, and Android TV, complete with a built in Chromecast and support for Android apps.

That may end up being a bargain to some, though with all these sorts of things, we’d advise customers to shop around. While Kogan’s TVs may well seem new, this isn’t the first time we’ve seen a quantum dot from Kogan and remains to be seen if there are any major improvements beyond size. There’s also the possibility that a generation older TV from another manufacturer may still offer better technological value in comparison, and just as much of the savings.

April tends to kick off the TV changeover season, and so while Kogan’s pre-order savings will look to capitalise on customers keen to upgrade now, there are savings to be had as new models from Hisense, LG Samsung, and Sony, among others, start hitting the shelves. 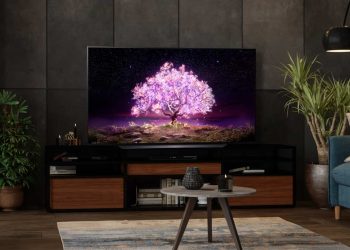