Huawei’s 2020 phones get another entry in Australia this week, as the P40 Pro flagship sees its bigger brother rock up locally, though official Google support is still MIA.

There are two sides to Android in phones right now: an Android phone that comes with support from Google for the Google Play Services ecosystem of apps, maps, YouTube, Pay, and other bits and pieces, and then Android in phones that don’t.

You can thank the current US government for that last one, though it’s one that right now (as of the time of publishing) really only affects Huawei and what it releases, with most new Huawei mobiles released from May 2019 onwards having no form of official Google services on them, a problem which will affect quite a few people in a world fairly dependent on these services.

If you use Google Pay, you can’t; if you need Google Maps, you won’t; if you love YouTube, too bad; and if you lean on Google Play for everything apps and music and movie related, it ain’t happening here.

Despite that, Huawei’s devices can function totally fine without. For people who don’t care so much about Google’s platforms, a Huawei device can be totally fine, and there are definitely approaches for those who still do, but want the power of what Huawei’s recent phones offer, because it seems the Google limitation isn’t going to hold Huawei down one bit.

We saw that earlier in the year when Huawei launched the P40 Pro locally, but while that was a big flagship for Huawei, it actually wasn’t the most feature-packed handset for the company. There was another, the P40 Pro Plus, (P40 Pro+), just in case you needed something a little more feature packed.

And when we say “a little more feature packed”, we really mean it: compare the Huawei P40 Pro and the Huawei P40 Pro+, and you’ll find minimal differences, most of which sit around the extra camera on the back, more storage inside, and an upgrade to the weight thanks in part to the ceramic back, something Huawei has said is “nano-tech ceramic” yet hasn’t elaborated on what exactly that means. 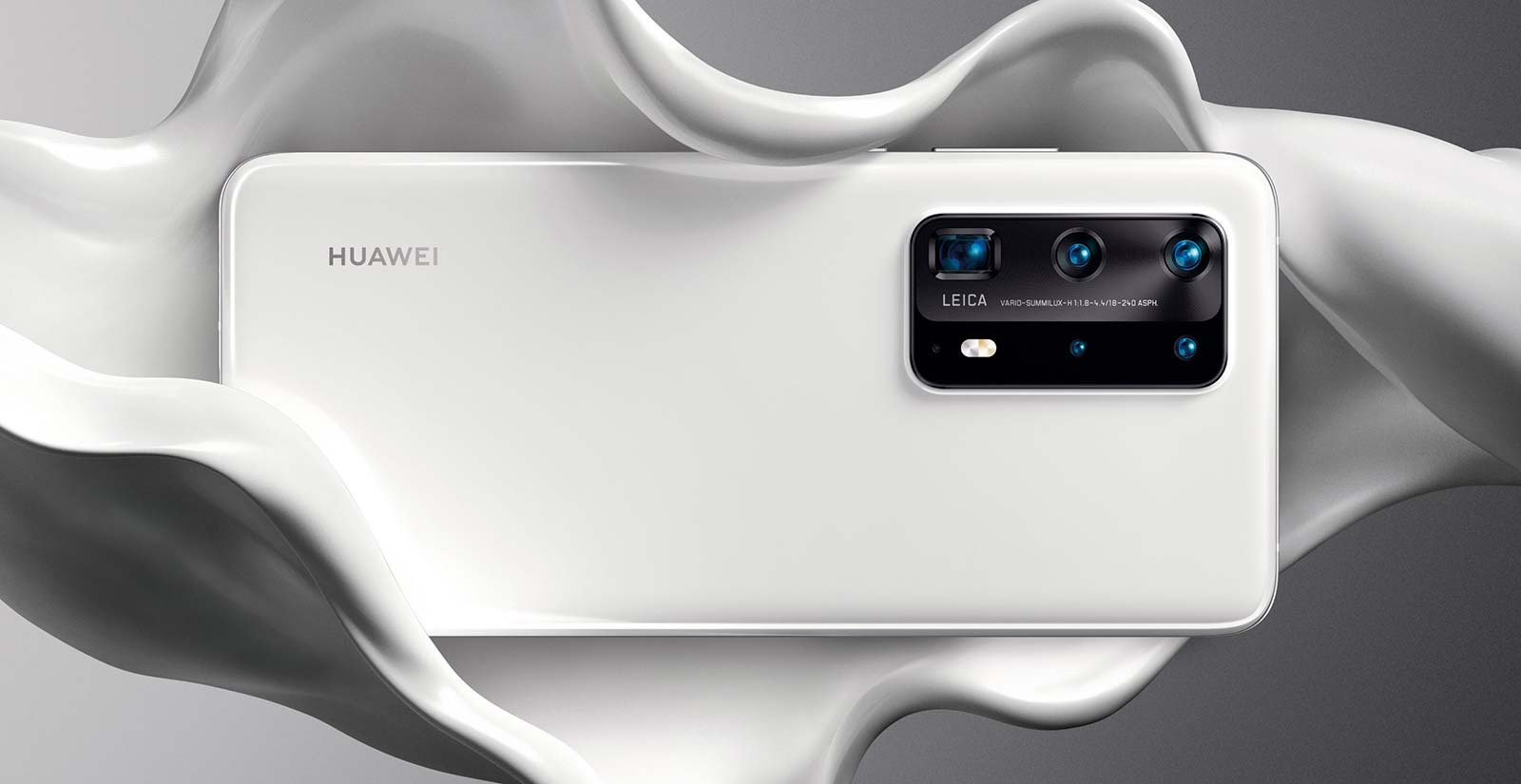 The Huawei P40 Pro+ is very much the P40 Pro Huawei announced earlier in the year, but a slightly more premium take, offering 512GB storage compared to 256GB, the ceramic back over the glass, and with an extra camera at the back. Huawei is doing more than merely adding one camera to the setup, though, switching out the 12 megapixel telephoto from the P40 Pro and replacing it with two 8 megapixel telephoto cameras, one serving 3x zoom and the other serving 10x zoom.

This combination of 3x and 10x optical essentially works with the remaining cameras, a 50 megapixel standard wide and 40 megapixel ultra-wide to cater for clearer zoom from 1x to 10x (kind of, with image combination to get the gaps between 1, 3, and 10), while digital zoom from the setup in theory allows Huawei to achieve 100x digital zoom. However it should be noted that as impressive a number as “100x” looks on paper, digital zoom is largely useless, providing pixelated imagery that will also likely lack stabilisation. It’s just impressive to read about.

Huawei’s fifth camera comes from the depth sensing camera on the back, which works to provide depth analysis and simulate the soft background bokeh effect in images.

The five-camera system in the Huawei P40 Pro+ isn’t all that’s new, with Huawei apparently throwing in support for a feature that can remove unwanted objects from an image, something Huawei hinted at in the release of the P40 Pro earlier in the year.

And like the original P40 Pro, Huawei will keep some of the things that made that phone what it was, with support for 5G, a 90Hz screen, and WiFi 6 included.

What isn’t included is also the same, though, with no support for Google’s Play Services, still tied up with the trade ban imposed on Google by the US government. No official Google support means Google’s Play Services and other Google services can’t run officially on the Huawei P40 Pro+, though Huawei is hoping its AppGallery can provide a way around that, as well as offering apps through other methods.

As previous reported in our Huawei P40 Pro review from earlier in the year, one of these methods is to use an older Android phone and move the apps over by cloning them, which is a little silly long term, since you typically buy a phone to replace a phone. Another of Huawei’s approaches is to use a search system called “Petal Search” which looks through both the web and app mirrors, though the latter of these can result in pages that may or may not be particularly security friendly. That last part might be a problem, as Huawei only provides app security on its AppGallery, and not through its search.

All of this may result in a phone that is just a little more difficult to adapt in a world that is typically divided by two ecosystems: Google’s Play Store and the iOS App Store from Apple.

However if neither bother you and you’re happy to live outside of those, Huawei’s P40 Pro+ will be hitting both Mobileciti and Huawei’s own store this week for a recommended retail price of $2099.