Cool down, mama, don't you blow dry your top.

Dyson might be known for fan and vacuums, but its hair styling appliances are getting more varied with a curling iron.

If there’s one thing Dyson is known for, it’s definitely innovation. Whether it’s innovating the fan to a bladeless alternative, looking at reinventing the car (a project that was subsequently cancelled), or changing the way we vacuum homes and businesses, it’s pretty clear “innovation” is a part of how the company approaches products.

Even the way it sees the world has the focus of innovation, right down to its yearly James Dyson Award, which looks for new inventors changing the game in various categories.

It’s no wonder that its entry into the world of beauty appliances has taken a category and applied a little more innovation and science, even if the Dyson alternatives come with a more premium price than competitors.

We’ve already seen a hair dryer and a hair curling iron, and both of those use air multiplication technology like its fans and hand dryers, but it’s not all the company has been dabbling with.

This week, Dyson has announced a new gadget coming to Australia, as the company looks to hair straightening in a cordless appliance.

It’s called the Dyson Corrale, and it’s Dyson’s first take on a hair straightener using heat and tension to control hair to flatten and straighten it.

The technology isn’t quite like the fan technology being used in the Supersonic hair dryer or AirWrap curling wand, and instead uses heat and pressure over something Dyson calls “microhinged plate technology”, which applies warmth to a manganese copper alloy plating system measuring the with of a human hair, 65 microns. The plates flex to the hair, gathering and shaping the hair while applying heat at one of three settings — 165, 185, or 210 Celsius — which breaks the bonds of the hair and straightens efficiently.

While this might sound like the sort of heat needing a power cable, Dyson has developed the Corrale to work wirelessly, with a Lithium-ion battery that allows the straightener to work without the cord, while the base station for charging is a universal voltage system meaning it can fly with you, too.

The battery in question is said to work for up to 30 minutes and charges in a little over an hour, but it can be used with a plug attached in case you’re straightening hair for longer than half an hour. 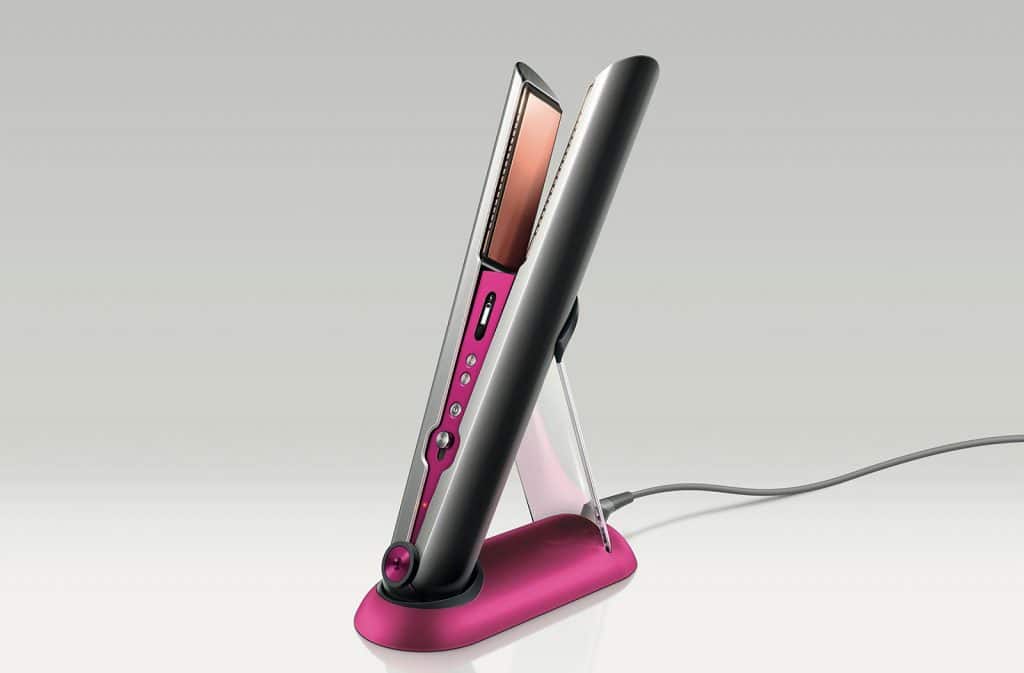 “Since we first started developing the Dyson Supersonic hair dryer, we have continued to explore the science of style, seeking to understand what makes hair smooth, shiny and glossy, and what makes it dull, damaged and lifeless. We have been worried about the style results and heat damage from flat plate straighteners,” said James Dyson, Founder and Chief Engineer of Dyson.

It does appear to be a different approach than Dyson’s AirWrap, which can also be used to straighten hair, and presently sits at a good $100 more with a $799 tag. 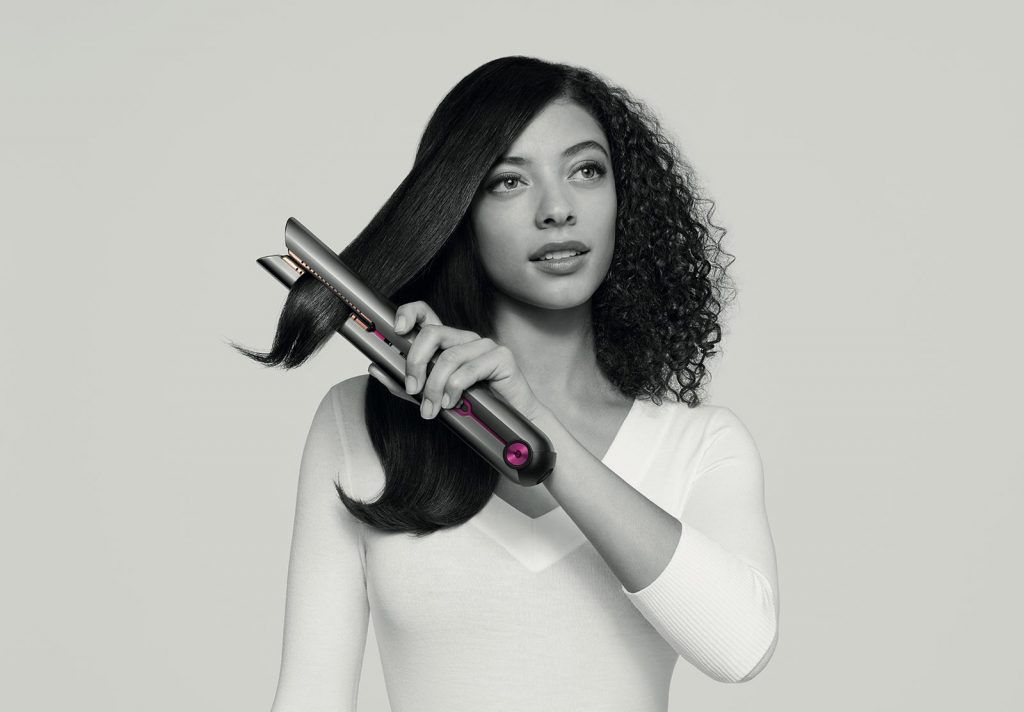