Finding an 8K TV is easy. Finding 8K content, markedly less so. Fortunately you’ll be able to make your own with Canon’s latest camera, the EOS R5.

2020 may not have had gone the way everyone expected, but at the beginning of the year, we saw some trends kick off towards the next stage in TV quality, 8K.

Last year might have been the time when 8K first arrived for the early adopters, but 2020 feels more like it’s intending to kick it into gear properly, and that goes for its content, too.

While 8K content is largely nonexistent, and owning an 8K TV means more or less upscaling everything you have or playing 8K video shot from your 8K-capable phone, there have been hints throughout the year that Canon would reveal something that could handle 8K Ultra HD well and truly. It wouldn’t be your standard 8K camera in your phone either, with a properly big sensor and your personal choice of glass, making it ideal for movie makers in your life.

That might be a professional videographer, an amateur enthusiast, or even someone with enough money to buy the gear and get cracking, but with this week’s launch, 8K content is finally becoming closer to a reality, provided you get your hands on it. 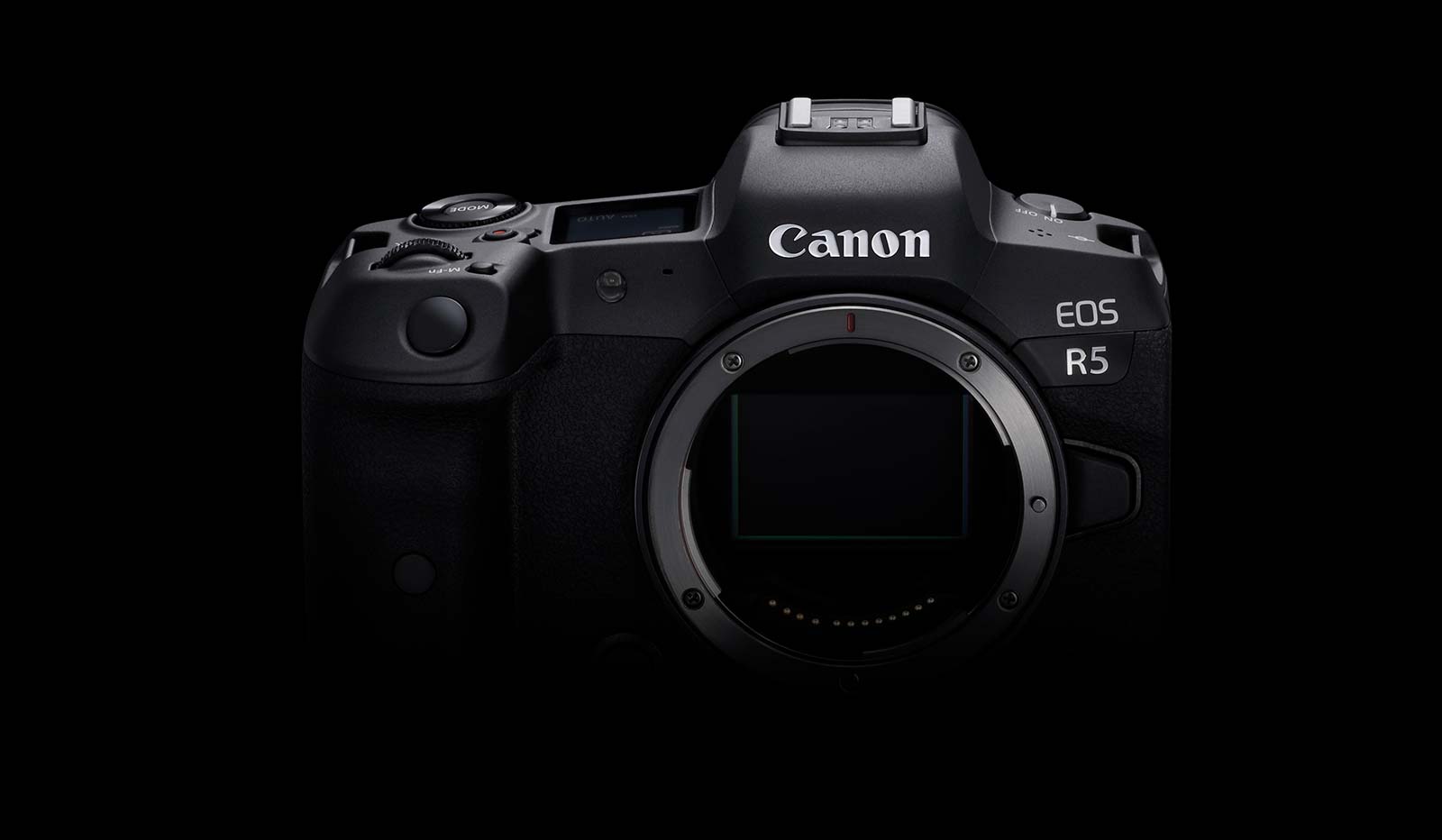 The “it” we’re speaking of comes from Canon, as it launches the EOS R5, an anticipated entry in Canon’s long-running “5” series, which started with the EOS 5D DSLR back in 2015, the company’s first full-frame camera without a pro-level price tag, which continued to introduce features over the years including Full HD video recording and eventually 4K video capture.

A good 15 years later, Canon is moving onto mirrorless, and upping the quality considerably, jumping from last year’s 30 megapixel 4K-capable sensor to something that now delivers a 45 megapixel full-frame sensor and 8K capable 30p video capture. If 8K isn’t your bag, you’ll find 4K offered here, too, delivering 4K Ultra HD at a slow-mo capable 120 frames per second, capturing either of these to a CFExpress card slot, though there’s also an SD card slot along for the ride.

Canon’s EOS R5 may well be its top-end mirrorless out now, and could be one of the world’s most feature packed, with 8K recording not really found anywhere outside of professional cinema-grade cameras yet. As it stands, the closest may well be from Panasonic, which offers a 6K capable Lumix mirrorless camera. 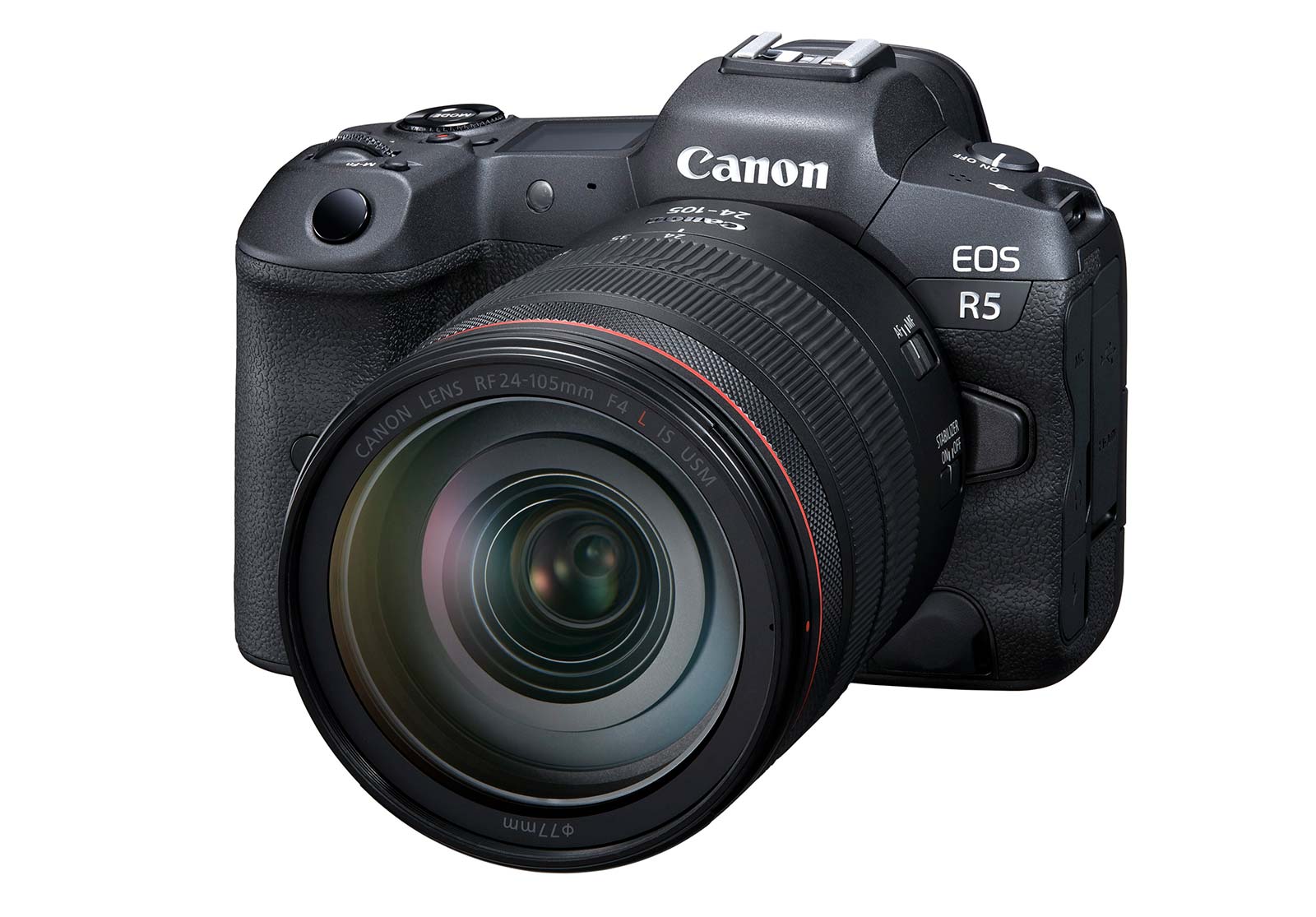 A little more capable, Canon’s EOS R5 may well be a miracle worker for photographers and videographers alike, with that 8K able to be captured in 12-bit RAW, while 35 megapixel images can be snapped out of 8K movie footage. Crazy.

The EOS R5 sets a bit of a benchmark right now, with no camera in its class really coming close. Just give us the camera now guys. Yet there’s more, too.

It’ll use the same processing hardware as Canon’s EOS 1D X Mark III, the Digic X, and will support up to 20 frames per second continuous shooting in the electronic mode, with up to 12 frames per second for the mechanical shutter.

However if you have older lenses, Canon’s new image stabilisation system works a little differently. Instead, one side will likely take control, with either the lens handling the stabilisation or the camera. Recent lenses made for the EOS R cameras can get up to eight stops, but those newer lenses should be able to get the full eight, which may mean working without a tripod or monopod is in reach of more people. 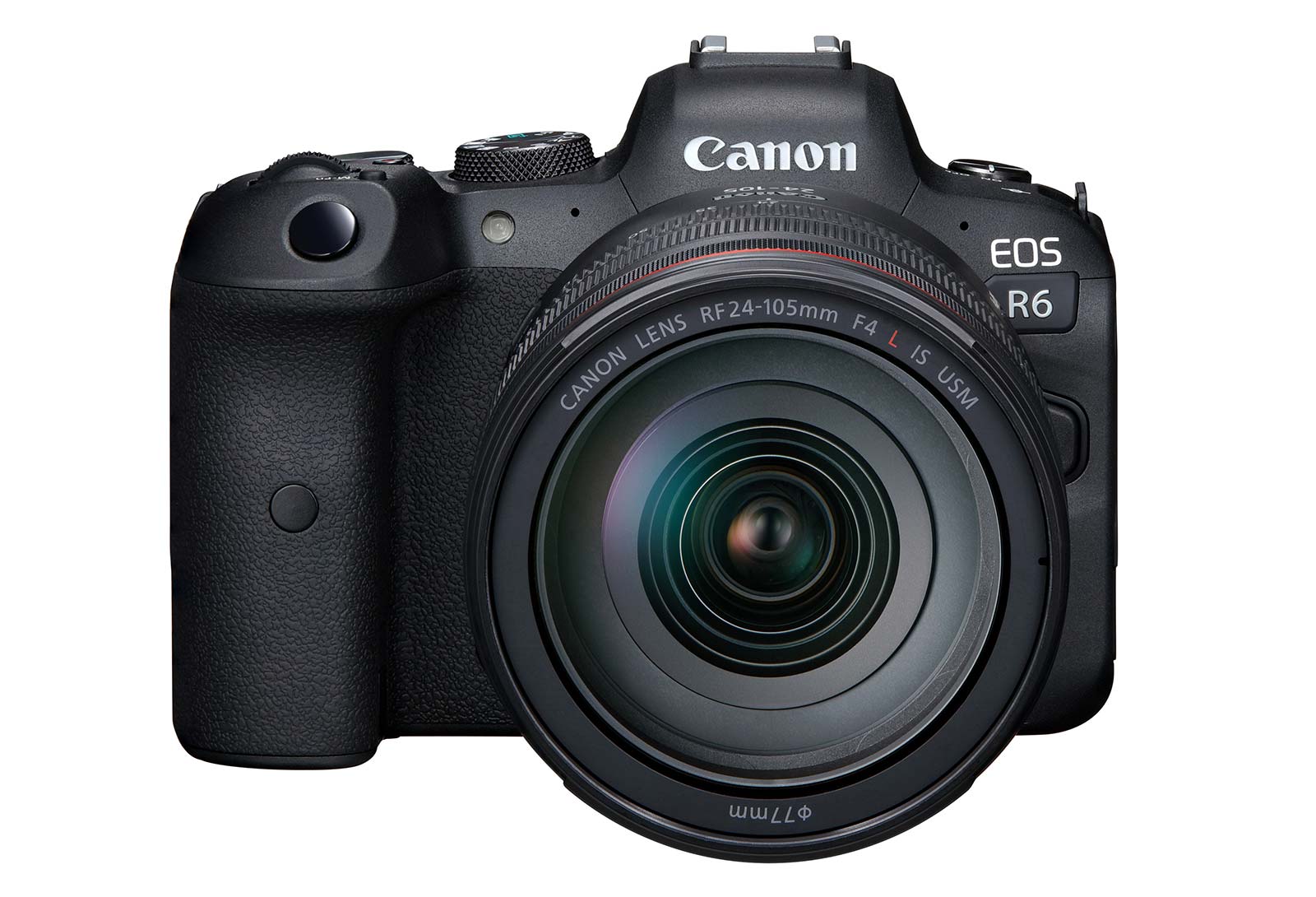 The R5 isn’t the only camera being announced, either.

Alongside the R5, there’s also the R6, a follow-up for Canon’s 6D series that brings a lower resolution to a full-frame sensor, dropping from 45 megapixels to closer to 20.

That drop also means you can’t get 8K video, but you will find 4K video here, as well as that in-body image stabilisation, the same image processing, high-speed image capture, and two card slots, both of which are SD this time. No need for CFExpress if you’re not capturing in 8K, it seems.

While the R5 and R6 are clearly for different markets, both share features between each other.

For instance, they’ll both capture in the new HEIF format, the “High Efficiency Image File” format used by the iPhone to get either movies together with images or HDR into an image. Unlike the iPhone’s moving image, you won’t find movies captured in Canon’s use of HEIF. Instead, it’s being used for capturing HDR in the image format.

They’ll both feature some of the world’s fastest auto-focus for a full-frame camera at 0.05 seconds, and they’ll both sport full-frame sensors, giving owners the entire lens to work with, not just the centre rectangle.

There’s also a touch screen and viewfinder, plus WiFi as well, complete with support for Canon’s Image.Canon backup service, which can provide automatic backup of images shot on the cameras provided you’re in reach of a known and familiar WiFi network.

And there are new lenses, too 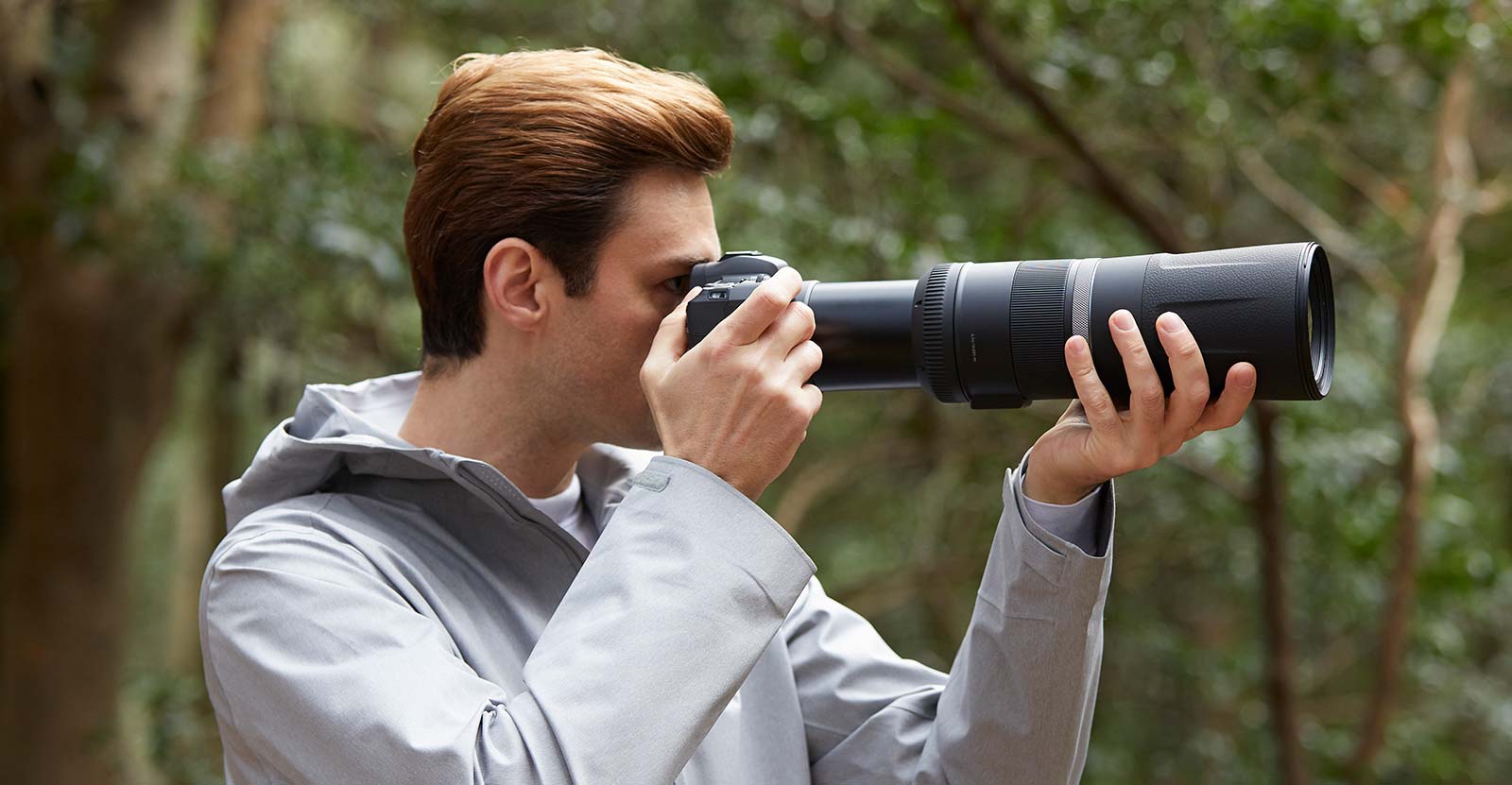 Canon is also offering a few new lenses alongside, too, with long-lenses in a 600mm F11 and 800mm F11, while a 100-500 F4.5-7.1 provides some versatility at a long reach. Plus there’s an 85mm F2 with macro support, with all of these supporting image stabilisation.

There’s also two teleconverters on the way, a 1.4X and a 2X, which when paired with the long lenses, could see the 800mm F11 potentially jump to a crazy telescopic reach of 1600mm at F22, a staggering aperture to shoot at to be sure, but one that might be possible with that built-in image stabilisation.

So how much will it all cost?

Pricing, however, isn’t coming Canon typically talks about, allowing dealers to set their own price.

However we’re seeing retailers set the 8K EOS R5 at $6999.95 body only, while the 4K EOS R6 will likely see release for a body-only price of just under five grand.

As for those lenses, the 100-500mm telephoto looks to hit near the price tag for the R6 alone, fetching just under $5K, while the price of those other lenses is yet to be announced locally.

Sufficed to say, you may want to save for the privilege, though based on what we’ve seen, the combination might just be worth it. 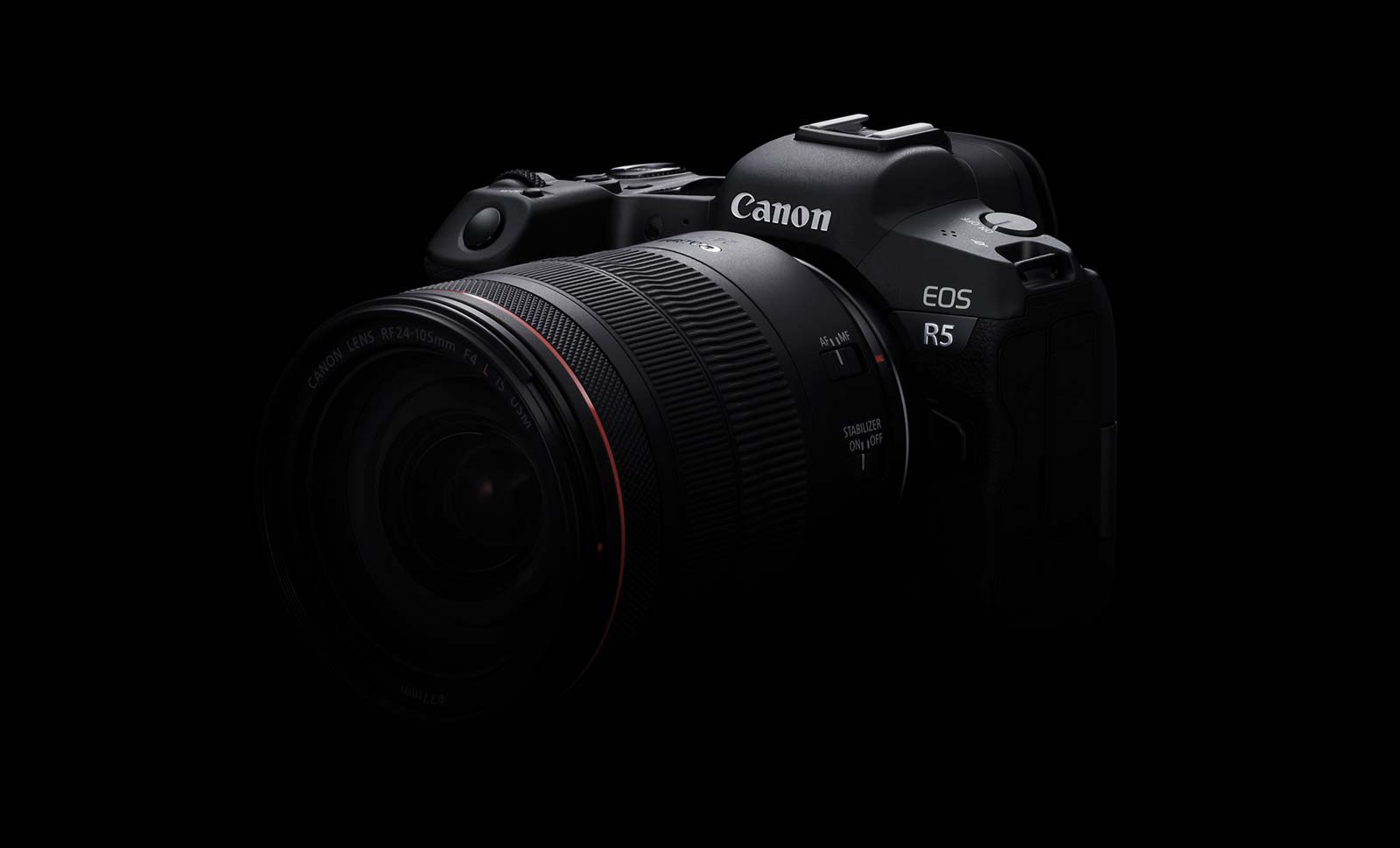 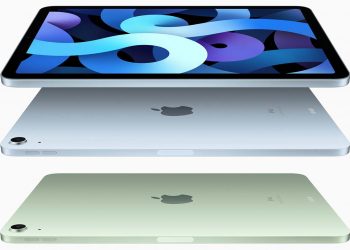 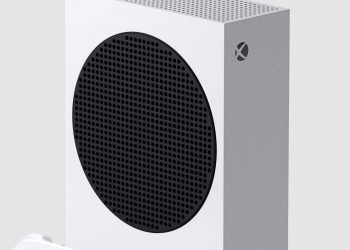 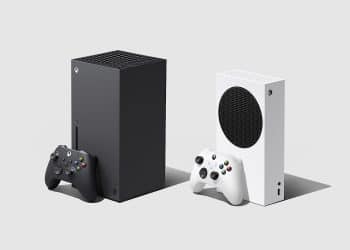