Looking for a pair of earphones that do what they say on the name, and are direct about it? The latest from Bose could win you over.

One of the questionable approaches to names these days come from the marketing side, because not every product is direct in how it talks to customers. Some are easily more direct than others — Apple’s AirPods are versions of the standard EarPods made to receive sound through the air without a cord, and sound similar enough to “ear” to matter — while others are less direct. Model numbers, names, and general naming conventions that make you go “wait, what”.

It can kind of be a little strange to see companies deviate from being direct with customers, particularly when products have names that have made an impact already. It’s why we were surprised last year to see Bose release a new model of its long-established QuietComfort noise cancelling headphones without the “QuietComfort” name, adopting a different approach to naming that was both direct, yet also long and complicated, calling them the Bose Noise Cancelling Headphones 700.

That’s a long name. It’s a long name we typically shorten when we write about them. It’s a long name that is somewhat direct, but also not direct. Frankly, it would have been easier if Bose had just left them as the QuietComfort headphones. Most people who know the Bose name know what that means, rather than needing numbers AND a name.

It’s why this year, we’re pleased to see Bose going back to names that feel like they would make more sense, and aren’t a mouthful to search for or ask about. In at least one variant, it’s more direct.

First up, there’s a new pair of active noise cancellation earphones from Bose, arriving in the Bose QuietComfort Earbuds. 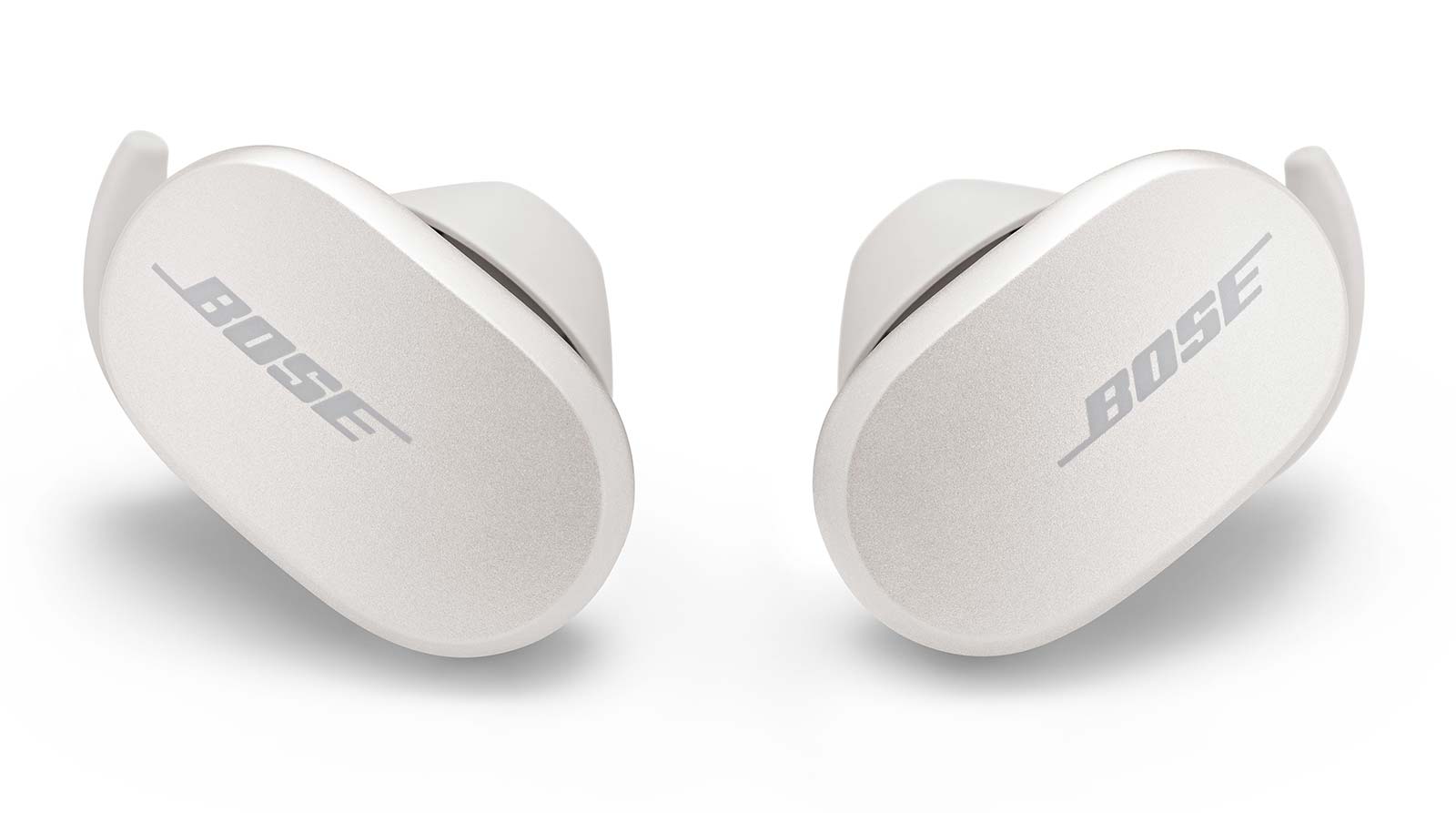 Yep, that’s the name. No number numbers, no excess phrasing bordering on crazy. Just the “Bose QuietComfort Earbuds”, with the new earphones using Bose’s StayHear gel tips to hold in place, working with microphones and a proprietary chip to cancel out noise form the background.

And while Bose calls them earbuds, you might just call them earphones: with a small tip to hold in your ear that doesn’t go all the way in, these are kind of a middle ground for the category. They’re both earphone and earbud, depending on how you look at them.

Some of the technology from the larger Bose 700 Headphones arrives in this model, with 11 levels of noise control, and supporting a transparency mode, so you won’t need to take out the earphones if someone is talking to you. 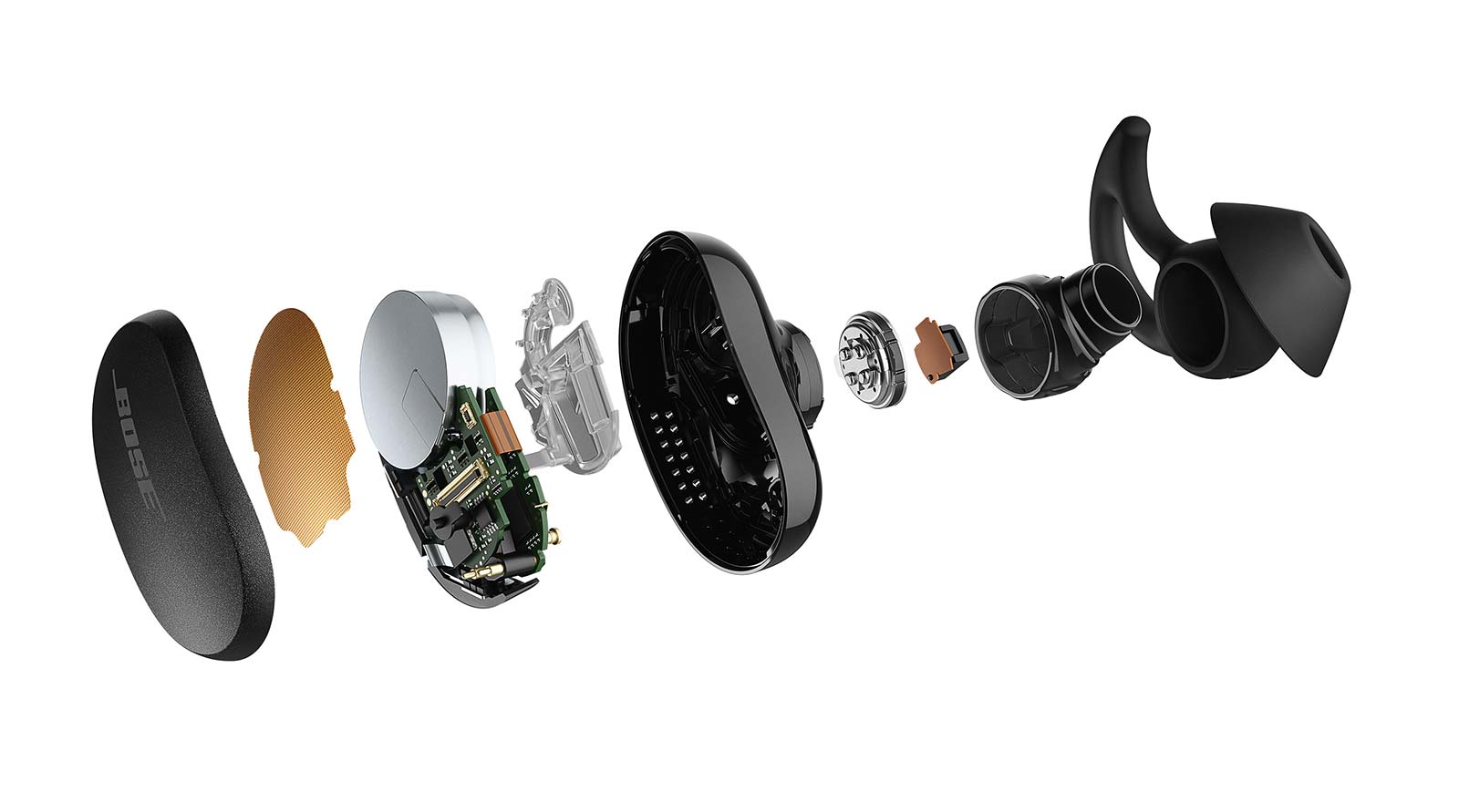 Like other modern wireless earphones, the QuietComfort Earbuds are cordless and wireless, which means battery life is a point worth paying attention to.

As such, the Bose QuietComfort Earbuds offer 18 hours of battery life all up, made from 6 in the earphones and 12 in the case. That’s not the best from noise cancelling we’ve seen, but it’s certainly no slouch. 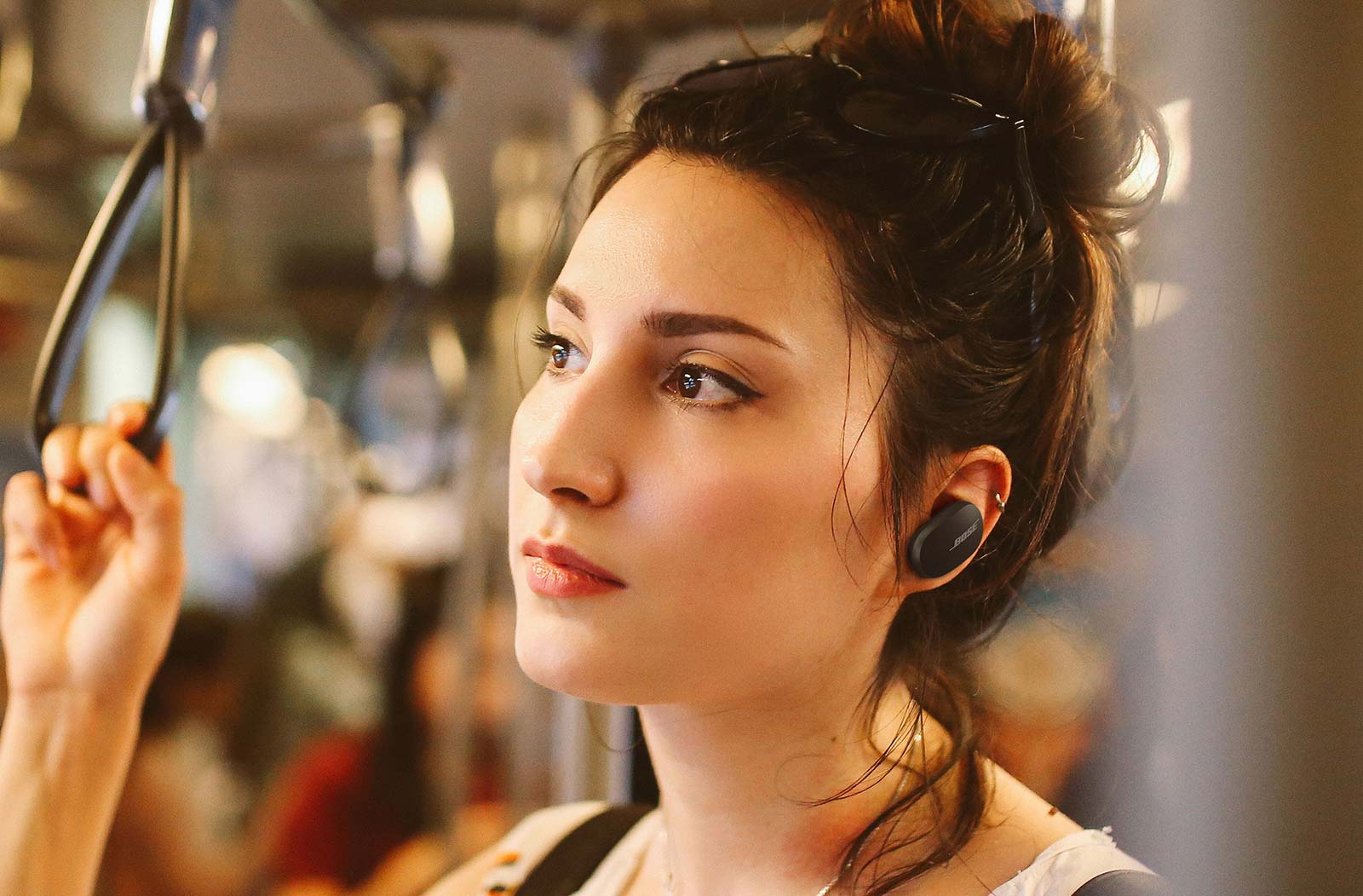 Bose’s QuietComfort Earbuds aren’t even the most direct of the names. Rather, its latest take on wireless earphones for sports is about as direct as it gets.

The new variant is named the Bose Sport Earbuds, and they’re basically Bose’s approach to truly wireless earphones with a degree of water resistance and a way to be held in the ear.

Like the QuietComfort Earbuds, they’ll use the StayHear gel tips Bose relies on to hold their place in the ear, working with Bose’s sound processing to deliver audio with what we can only assume is the typical Bose sound of balanced audio. Granted, there’s no noise cancellation in the Sport Earbuds, but Bose has said there is a new acoustic system with a proprietary port design, as well as a volume-optimised equaliser to deliver powerful sound in a small design.

The battery life on the Bose Sport Earbuds is a little lower overall, delivering 5 hours of use and an extra 10 hours in the case.

You’ll find them in stores and online in October, alongside the other new Bose set of earphones made to look like sunglasses, with the Bose QuietComfort Earbuds arriving for $399.95 in Australia, while the Bose Sport Earbuds will cost a little less at $299.95.