The Danish design-house that is Bang & Olufsen is known for some out-there designs for audio gear, but its Beosound Balance feels almost normal, and more like furniture.

Candles and circles and softened metallic cones are just some examples of the crazy forms audio gear has taken over the past few years, and the simple rule that you need to memorise with audio gear is that while audio makers are typically focused on the highest quality of sound they can deliver, they also know that audiophiles will spend up big to get it, and may not want something that looks like a tall speaker.

Of course, they might, and there are plenty of options out there that cater to traditional speakers, from Dynaudio to KEF, and a bunch of other brands, too.

And then there are the brands doing speakers that look a little different. We’ve seen Sony play in this category, but none is more prolific in unusual speaker designs than Bang & Olufsen, which tends to release more distinct speaker options than other brands. 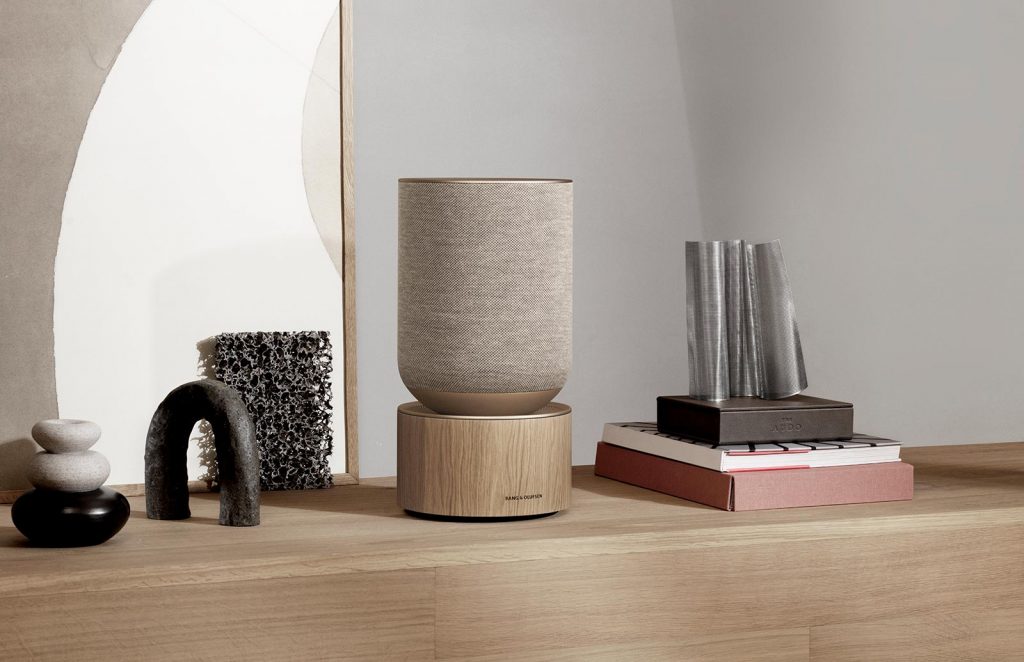 This week, there’s another on the way in the Beosound Balance, though it’s one that is a little more speaker like than B&O’s other designs have seen.

A more omnidirectional take for a speaker, the Bang & Olufsen Beosound Balance sets up seven speakers with two woofers in a cylindrical design that makes it a little more speaker like than some of the other B&O designs of the past, yet also one that is deliberately furniture-like in aesthetic approach. The base of the B&O Balance is solid oak wood, while the casing around the speaker is a knitted textile that gives the speaker a furniture-focused form.

At the top, there’s a slight difference in texture, with a touch interface made from aluminium, because while the speaker takes on a more modern cylindrical approach in design, it’s also one of those more modern speakers in form. That means you can forget about the cables beyond the power cable, with aesthetics and media a part of the approach, adopting wireless sound from Spotify Connect, Google Chromecast, Apple AirPlay 2, and support from the assistants of Google and Amazon’s Alexa.

“The vision with Beosound Balance is to make the speaker feel like an extension of the atmosphere in the home – reflecting the place it is in and the person using it,” said Gavin Ivester, Vice President of Design at Bang & Olufsen.

“The design is both sensorial and tactile, with a look and feel driven by high quality interior craftsmanship and materials, as well as highly innovative,” he said. “Listening modes allow tailored acoustics when needed, and carefree, stunning sound when wanted— putting listeners in control of a broad range of experiences that soothe, excite, and create joy.” 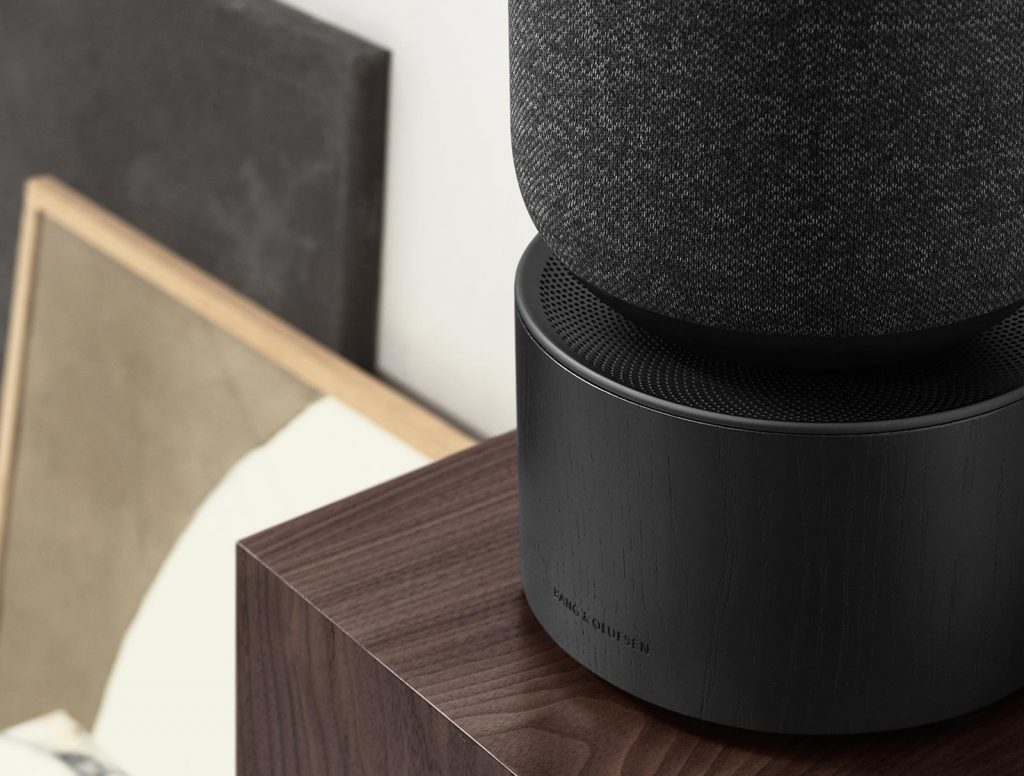 Whatever you play, Bang & Olufsen has trickled down the technolog from previous Beolab speakers, turning on an internal microphone that analyses the speaker’s position in the room to compensate for sound as it echoes in the room, and delivering what B&O calls its “signature sound”. Bang & Olufsen is also bringing two types of sound here, with either the omnidirectional 360 approach the speaker looks like, or an ambient mode that is more focused.

However like most Bang & Olufsen gear, the Beosound Balance is a speaker that won’t come cheap, not necessarily, anyway, with a price of $2250 USD suggesting that when Australia sees it, you shouldn’t expect it for less than $3K when it arrives in the next month or so.