Canon starts work on its next big camera

It’s not just Nikon working away on its next massive pro-grade camera, as Canon is building something for professionals, as well.

It has been some time since professional photographers felt some love from Canon’s R&D department. While photojournalists embedded with Canon cameras and lenses are probably still sticking along using the black cameras and white (beige) lenses they’ve had for a while, it’s possible they’ve been tempted over to other brands in that time, or even other cameras.

If you are a professional with the last big Canon digital SLR flagship, you might be a little frustrated with time. After all, while we’ve seen numerous cameras in that time, the big EOS-1D X Mk2 flagship was last updated over three years go, released back in April 2016. In the world of technology, three years is a long time between releases, as the goal posts can change and more becomes capable.

But this week, some of that love is back, and while you’ll have to wait a few more months until Canon’s new flagship pro-grade camera is ready, the company is revealing details about what you can expect in the EOS-1D X Mk3 (EOS-1D X Mark III).

For starters, there’s a new sensor coming, something you definitely expected. Canon hasn’t said how big or how many megapixels it will offer, but it will offer higher sensitivity, meaning improved low-light performance, complete with at least 4K video recording in RAW format video.

There’s also improved continuous RAW capture for images, as well as improvements to autofocus, the latter using a new AF sensor which increases the pixels in the centre for the camera to work with.

Memory card technology is changing from CFast 2 to CFexpress, and there will be two memory card slots, though it’s not yet known for sure whether both will be CFexpress, rather than a combination of CFexpress and SD cards, the latter of course being one of the more popular standards in cameras, albeit not always found in pro-grade models.

We’re told that the Canon EOS-1DX Mk3 will also support improvements for wireless transmission, meaning phone and tablet support plus GPS, but to make it happen, you’ll still need to get an external WiFi accessory, what’s currently known as the Canon Wireless File Transmitter WFT-E9. While many cameras include wireless in them as a standard, our guess as to why this one does not is likely down to the battery, because you need to keep that thing as strong as possible, and wireless isn’t always friendly do that.

On the battery side of things, Canon has talked up a new power management system to provide more shots compared with previous models, but there’s no date as to when we can expect the new camera.

At least you can get a glimpse for what it looks like, which is something, preparing your wallet for a likely serious impact if the next model interests you. We’re expecting it by April next year, but we’ll let you know if we hear anything sooner. 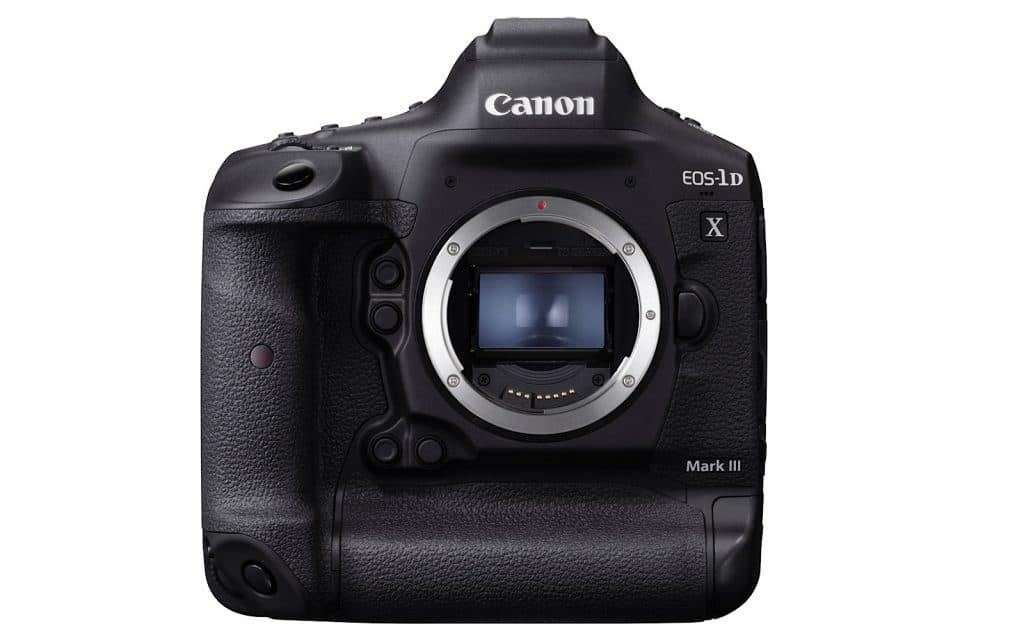