The digital world can come to life through your phone and tablet, and that’s not all. If you’ve been looking to try the world of AR, here are some options available to all.

With rumours floating around about a new Apple operating system realityOS focused on VR and AR on the cards for Apple in the near future, it might be time to look at some of the initialisms propped up next to them.

You’ve probably heard of “VR” and the world of virtual reality, which for many is an entertainment gadget that plonks you into a different world when you don one the headsets. The tech has been coming down in price over the years, and while Apple is one of many companies supposedly working on it, VR isn’t the only way to experience a virtual reality of sorts.

Closer to home and more easily accessible, augmented reality or “AR” brings the world of the digital used in VR and overlays it with what you can see in real life, using a camera and screen as the system that brings it all together. Your eyes aren’t digital, and so a phone or tablet’s camera acts as the eyes, while the screen lets you see through them, and the computer inside that device does all the work alongside the app in question.

Augmented reality is kind of like the middle ground for VR, and certainly something that is easier to connect with since it requires no extra technology. While VR needs you to spend on a headset to even try it, AR only needs the phone or tablet you already have, meaning anyone can get stuck in.

It means all you need is to know where to try an augmented reality experience, and your phone or tablet can guide you in. And if your kids don’t have one yet, they can just borrow yours.

So what’s out there in the world of AR, and what’s worth experiencing for yourself? 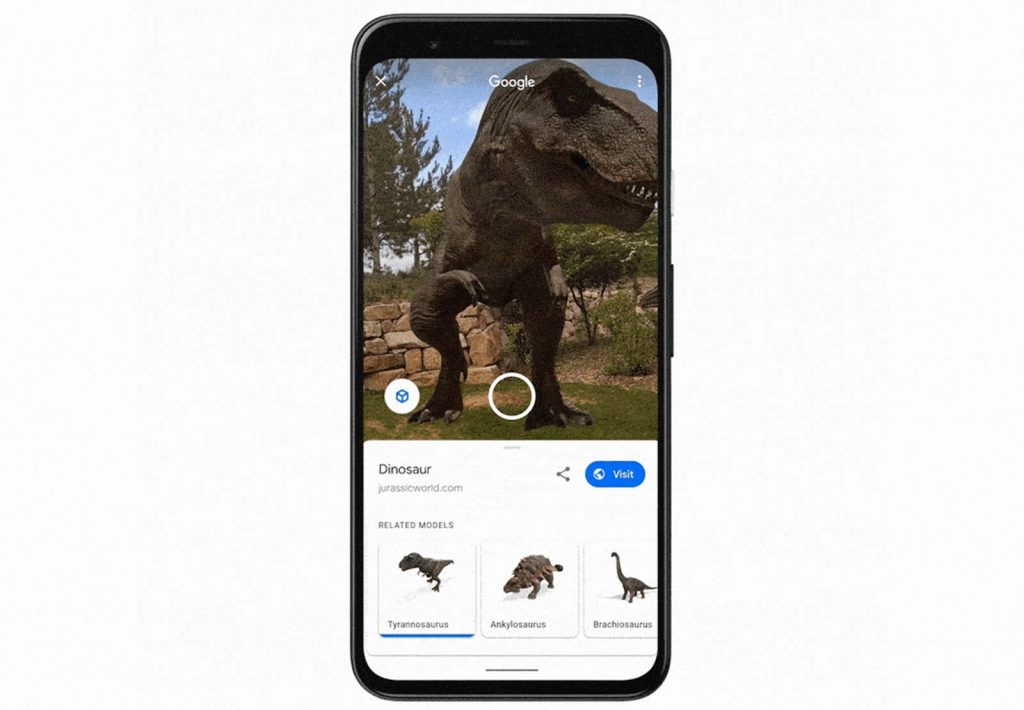 One of the fastest ways to jump into AR is with your phone or tablet and a Google search because, yep, Google has integrated the stuff into its searches.

If you do a search on your phone or tablet for a variety of animals and objects, Google will be able to show you a virtual version in browser that you can stick in the real world through your phone’s camera.

The tech uses Google’s AR Core, which is an augmented reality platform compatible with phone and tablet browsers, and covers a variety of searches, including a tiger, giant panda, pony, hedgehog, octopus, alligators, duck, sea turtle, emperor penguin, labrador, and a cat. Other things have been digitised, and if you search for say the respiratory system, a plant cell, an electrolyte, or a chemical bond, you’ll find an assortment of AR things that can pop up through your phone and filter into your reality. There are even dinosaurs you can see in real life this way. 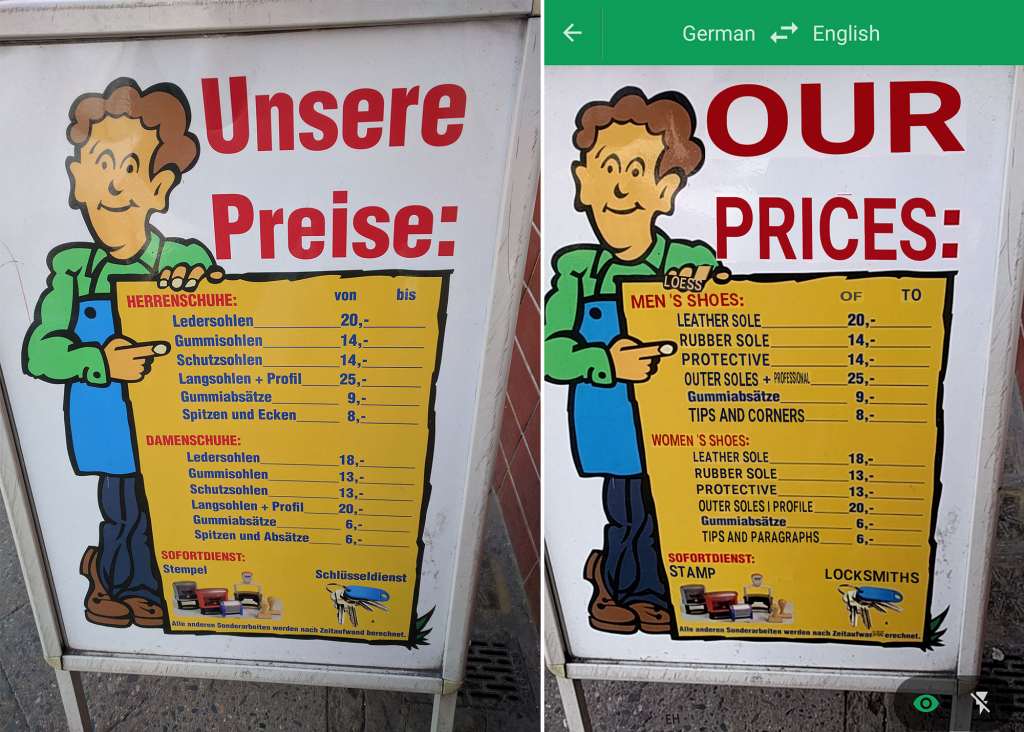 Another Google AR experience, but this one comes in the form of an app, and in a way you mightn’t expect.

Most of us can’t read every language in the world, but thanks to an app available on iPhone, iPad, and Android, we can use augmented reality and machine learning to read for us.

Google Translate lets you peer through your device’s camera at a sign or set of text you might be trying to read, and translates it into a language. Specifically, Google Translates uses augmented reality in a way that makes AR more useful than cute, potentially helping you understand written text around the place, be it here or when you’re travelling. 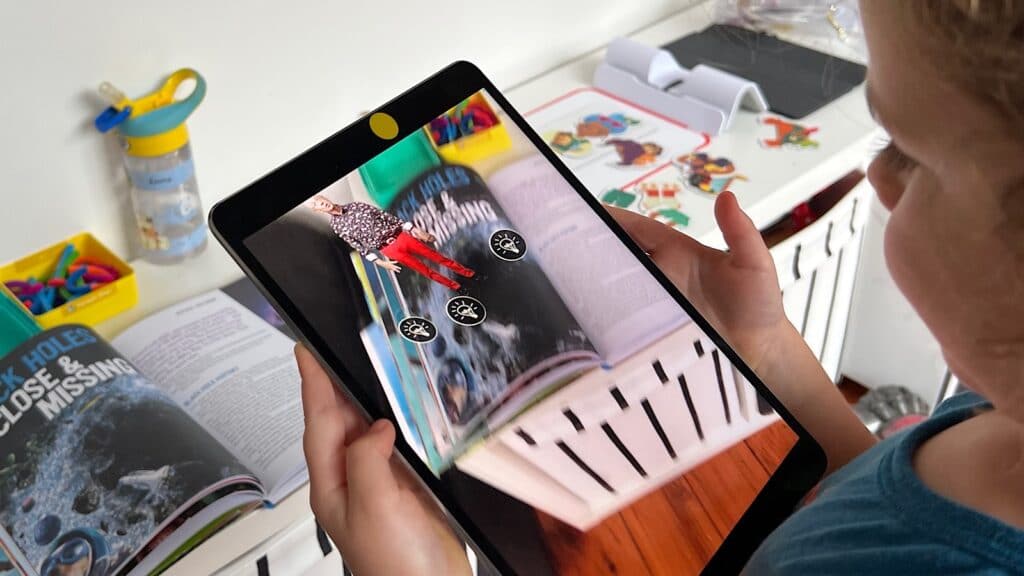 Australia’s friendliest celebrity scientist Dr. Karl Kruszelnicki has something kids and adults alike can really get stuck into, provided they have a phone or tablet available at the time.

A combination between book and AR, Dr. Karl offers two books on science with augmented reality versions of himself popping up on the pages to explain some of what’s going on inside the chapters readers will be looking at. It’s another style of useful AR that can help you learn something, and means the book gets a digital extra to go along with it.

There’s Dr Karl’s Surfing Safari Through Science and Dr Karl’s Random Road Trip Through Science, each of which are supported by an app for iOS (iPhone and iPad) and Android, and only need to be aimed at the opening pages for each section to see a digital Dr Karl Kruszelnicki appear on the page through the device and explain stuff.

It’s a little like having an in-real-life demo with a real scientist on some of the world’s most complex topics, and worth a look both at the information and via the app. 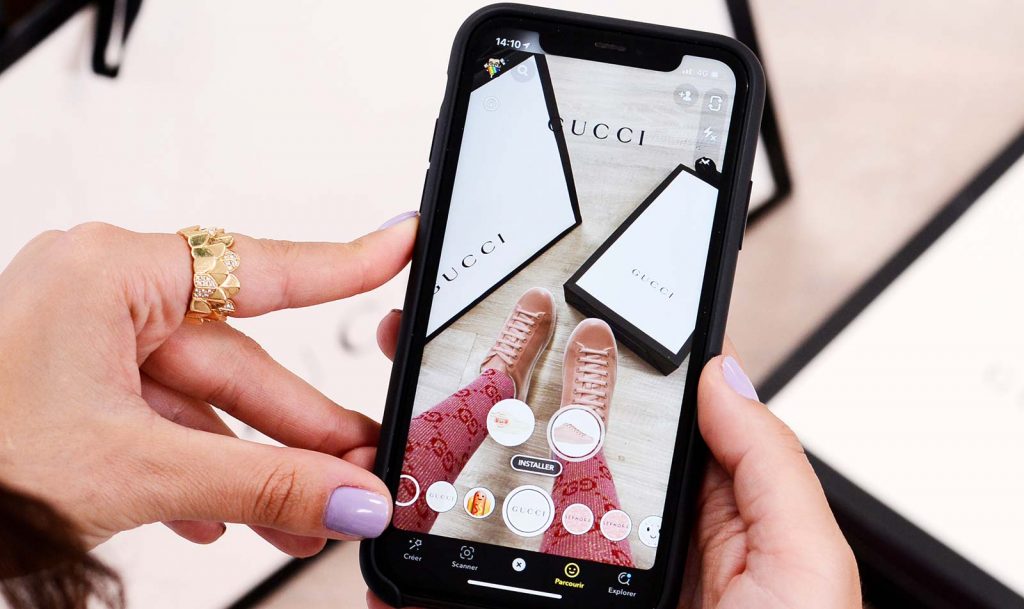 Social media applications are no stranger to AR-based visual effects you can apply to your image, and you only need to look at TikTok to see how much of this is happening, but Snapchat may well take it to the next level. It’s not just about effects, but also what else you can do with AR.

The maker of Snapchat has already announced it’s boosting the graphics quality for upcoming AR apps, but beyond the visual effects you can paint your face with on iPhone and Android, we’ve seen Snapchat experiment in AR by collaborating with Gucci for digital fashion wardrobe trials, plus a piece of artwork by Christo that you can experience on the platform, and that’s just the start.

Snapchat offers up its tool, Snap AR, to help creators make stuff for the augmented reality world inside its app, opening up effects lenses and creations to more people, even though thinking of dabbling with Snap’s AR-based glasses, the Spectacles. 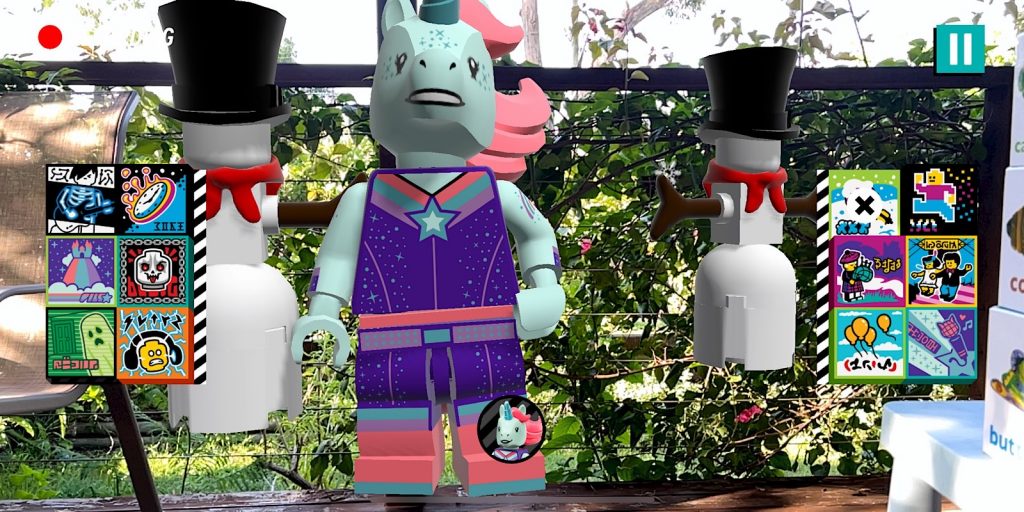 An AR concept that comes together with toys, Lego Vidiyo is Lego’s attempt at AR for kids and families, allowing Lego to come alive, kinda sorta.

Lego Vidiyo kits are boxes of Lego that come with blocks equipped with augmented reality features, and when you aim the Lego Vidiyo app at the toy, it will animate and rock out in an AR kind of way.

It’s one way to bring Lego to life outside of the regular imagination you might normally bring to a block-by-block playset, and basically makes Lego musical and animated in a fun and easy way.