Not quite the high-end WH-1000XM4, the Sony WH-XB910N offers a big sound for people who love themselves some bass, and then some, with active noise cancellation on-board, as well.

Even though the benchmark sound is the idea of “balanced audio”, that’s not a sound everyone wants. Bright sound is craved for some styles of music, while other people might want something warm, where the mid-range sounds and bottom-end rise to the surface that little bit more, echoing the feel of a speaker.

And then there’s the bassy sound. Particularly, a sound of hefty bass, where the bottom end is the main point of interest, and you can feel the bass drum, bass guitar, and low-end earthy sounds hit you hard. The bass can get you moving, and if you’re someone who prefers a heavier sound, you may know it all too well.

For the longest time, that was the sound you could expect in a pair of Beats headphones, but in the past few years, that has changed. In fact, Beats headphones haven’t been overly bassy for so long, we’ve largely forgotten about what that was like, but Sony clearly hasn’t.

In fact back in 2019, Sony launched a pair of properly bassy headphones styled in a similar fashion to the at-the-time high-end WH-1000XM3, but with more emphasis on bass. The design was a little cheap in comparison to the high-end model, but the sound wasn’t bad, and extra bass was clearly the motivation in designing the XB900N back then.

Now we’re back with a new generation, as Sony looks to its current benchmark in the WH-1000XM4 for the template with the new pair, and the XB910N is born. 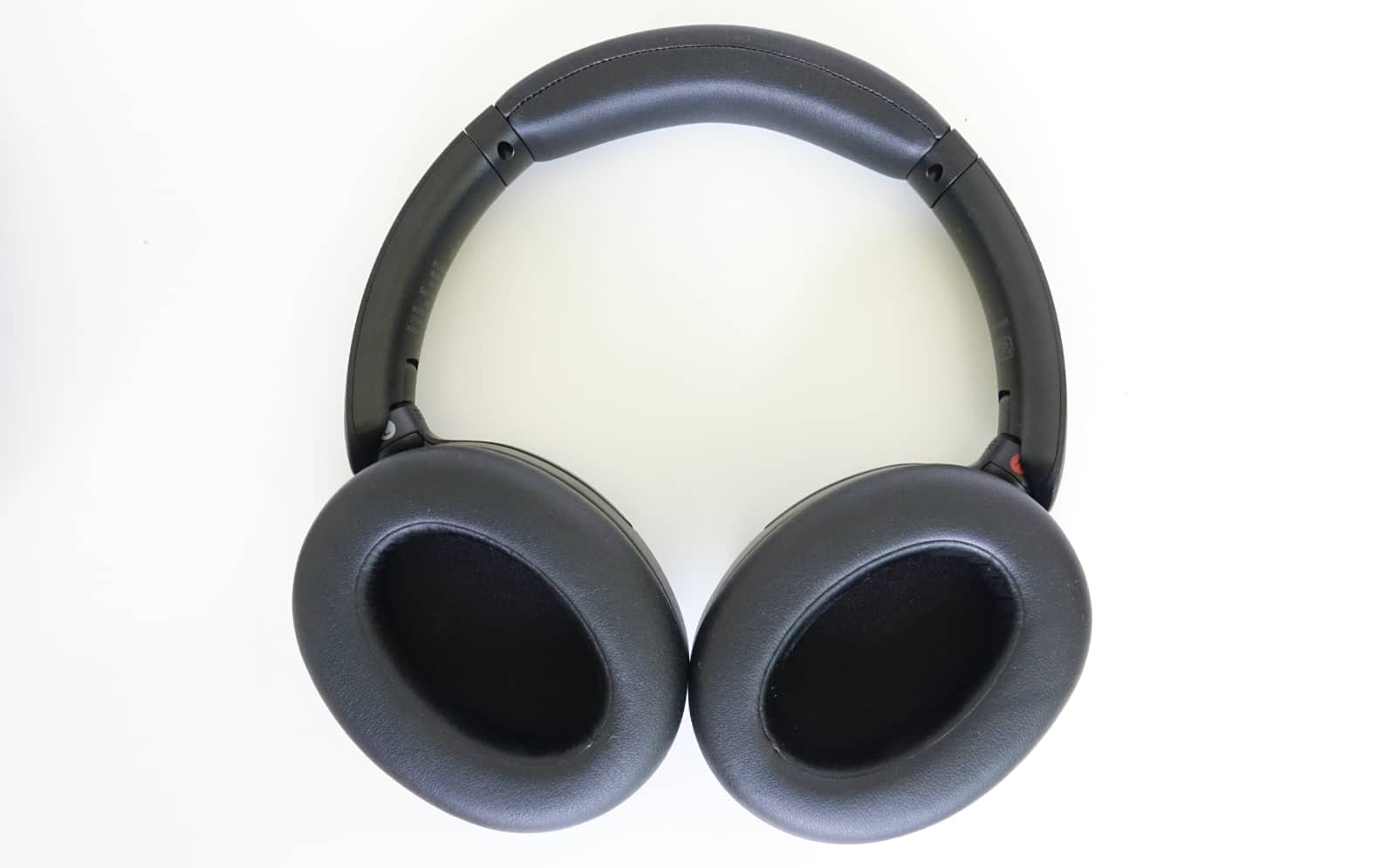 With a design that echoes the high-end XM4, albeit with some of the premium plastic design coming off a little more cheaply, it’s easy to see what Sony is going for the in the XB910N: similar, but not the same.

Clearly inspired, these headphones borrow the aesthetics of 2020’s benchmark wireless noise canceling headphones and change focus, keeping the touch controls for volume and track changes, the hand covering gesture on the right pad for switching to ambient gear-through, a button here and there for power and noise canceling modes, and make the plastic a little different in texture.

Comparatively, the XB910N feel like a cheaper plastic overall, though the design is very close. You’ll find a pair of circumaural around-ear headphones that offer some plush padding for your ears, with a way to fold up the headphones to fit into an included case, which is again very close to something Sony has offered for years in the 1000X/XM range.

You’ll get a 3.5mm cable and Type C charge cable, too, but perhaps in a sign of the times, the airplane adaptor is missing in action. You probably don’t need it, given the fact that most aircraft have switched to 3.5mm or will let you use Bluetooth mid-flight. Both work here.

Inside the headphones, there’s a 40mm driver, with the tech inside supporting Bluetooth, LDAC, and Sony 360 Reality Audio, again like the XM4, plus multipoint to connect a couple of devices at once. Virtual assistant support is here, too, handy if you prefer to talk to Google or Amazon to read out your messages, or control something on your phone and in your home.

And there’s even support for some of the same app features as the XM4, complete with that handy little location-based noise cancellation feature, which lets you change the type of cancellation you’re hearing based on where you go. 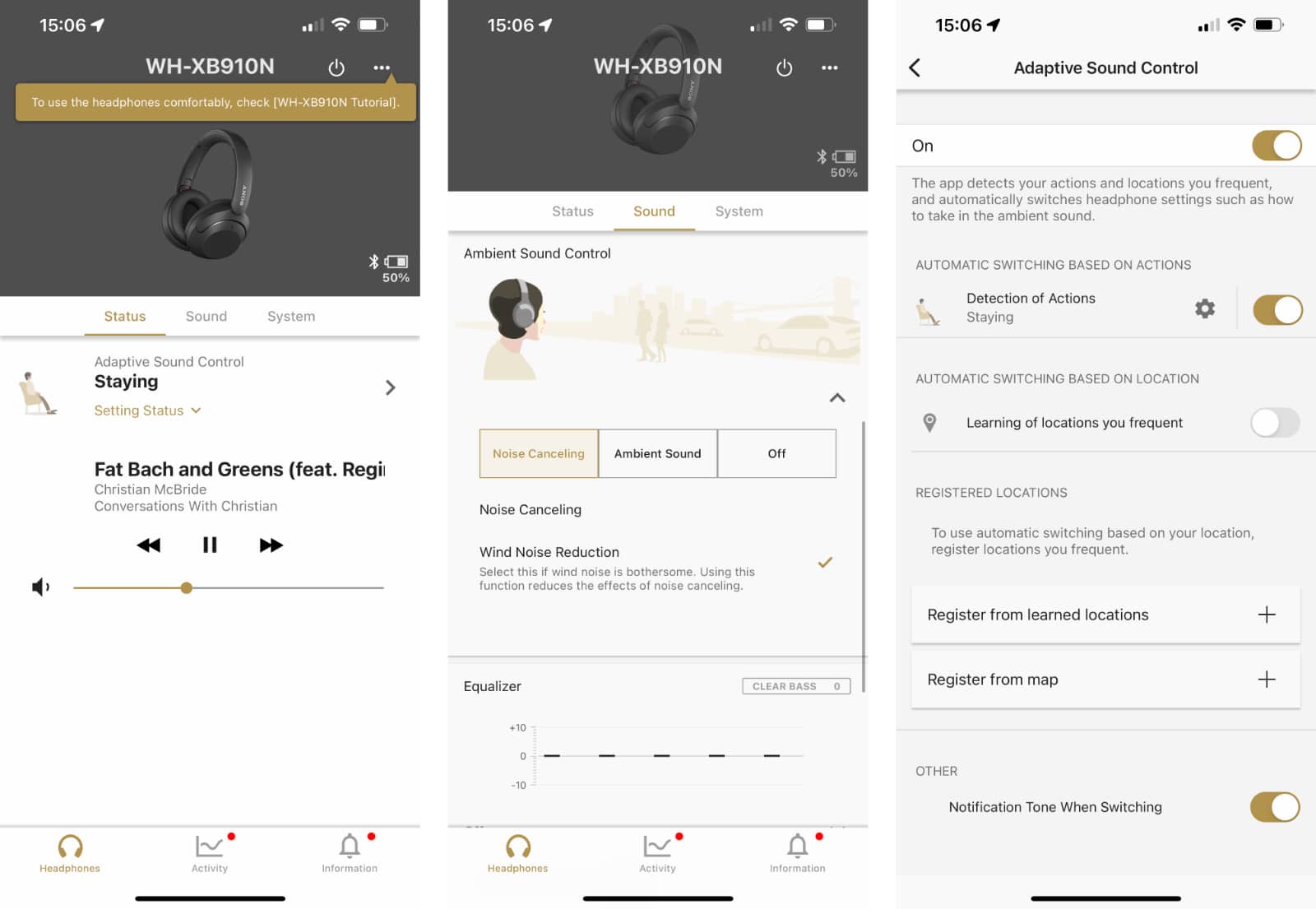 Following a design we’ve seen before, the controls are very close, as well, featuring a touch panel on the right can with gestures and an ambient hear-through mode that can be triggered by pressing your hand against the panel entirely, something we’ve seen in the 1000X/XM range ever since Sony started it.

The usability of these headphones is therefore right on cue with regards to Sony’s other high-end headphones, even if the design is slightly more plasticky, with a rougher plastic being used in comparison to the sleek smooth styling of the more expensive models.

You’ll still get buttons for power and noise cancellation modes, and you also get the Sony Headphones Connect app, as well, for tweaking the sound on iPhone and Android. 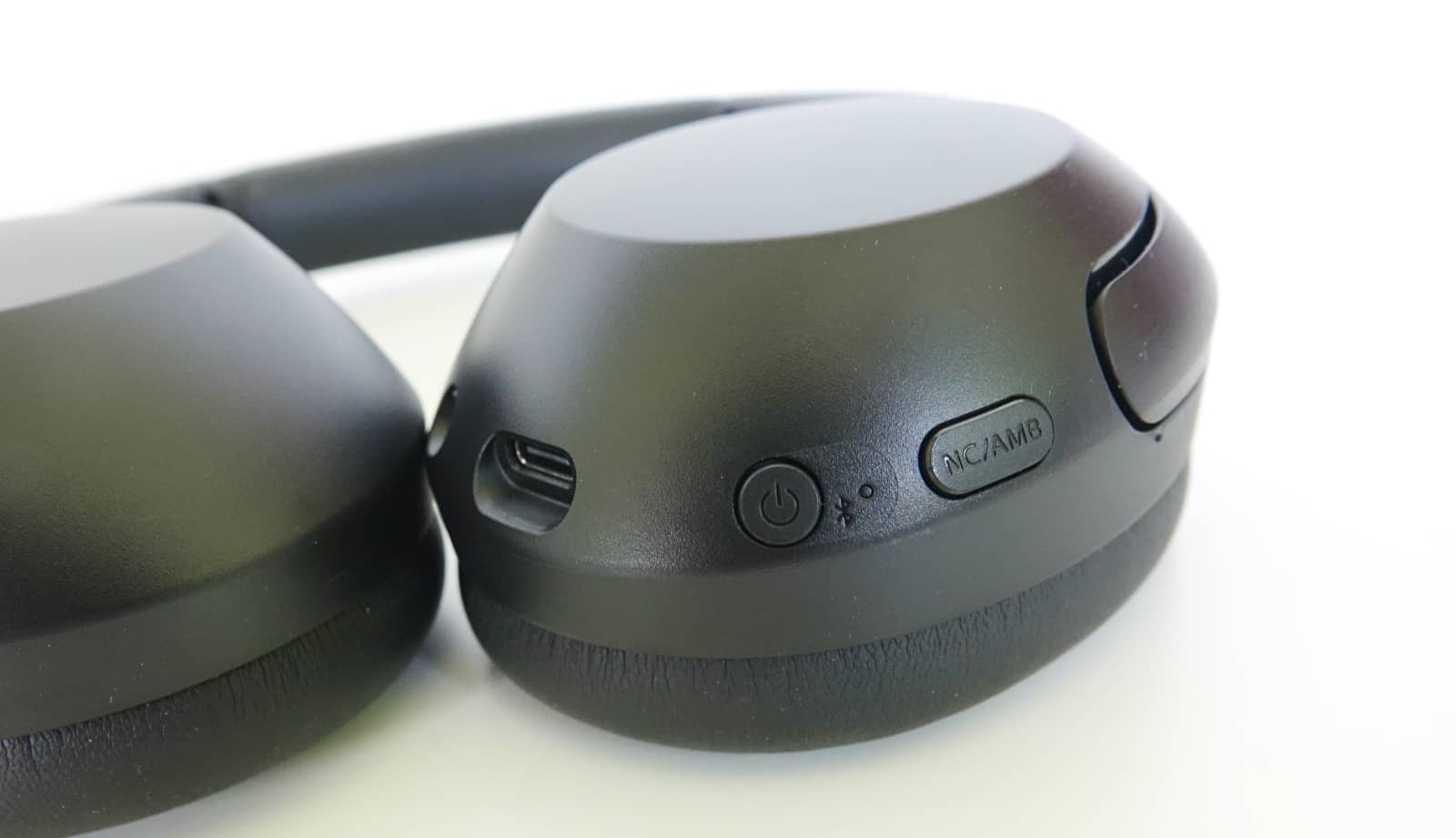 Testing the XB910N with the Pickr Sound Test, which you can listen to for yourself, you’ll hear bass, and lots of it. Specifically, you’ll hear extra bass. That should come as no surprise, as that’s precisely what the “XB” means in the name: extra bass.

Take what you’ll hear in electronic, which is a very meaty and overly punchy bottom end. Tycho and Daft Punk, for instance, delivered a staggeringly large set of lows, making it grunty and earthy, with mids and highs just behind.

It’s an overly pronounced bottom end, which sounds acceptable in pop and soul, the bass punching hard and providing excessive lows that growl out of the tracks, moving your ears throughout.

There is, dare we say it, too much bass in the XB910N, though it can come out just right. For instance, while it’s overly heavy on Charlie Puth and FKA Twigs and blows out all too easily, the bottom end can feel a little firmer in hard rock, such as was the case with Rage Against the Machine and the Deftness. 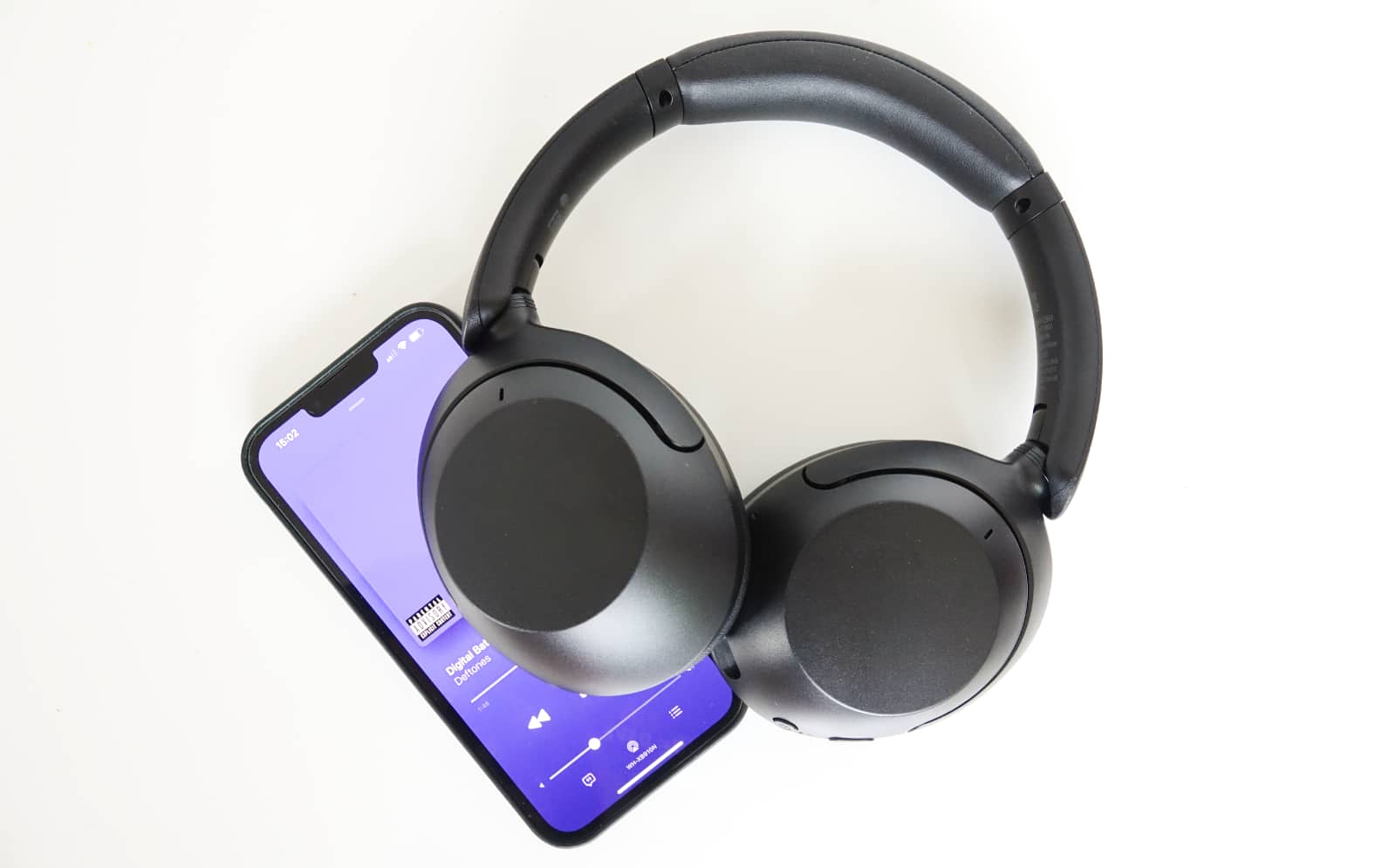 You won’t find quite the same sound as what’s in the excellent WH-1000XM4, which normally offers a warm yet balanced sound. The XB910N aren’t balanced at all, driving the bottom end more aggressively than we think they should.

In fact, when people think of bassy headphones, they often think of Beats. They really shouldn’t. They should think of Sony, which have among the most bass-laden headphones we’ve ever experienced.

Your experience with the bass will vary, mind you. We found tracks that normally offered a punchy sound laid it on much more thick than tracks that didn’t. For our ears, it means if the music you listen to doesn’t drive the bass too aggressively, you’ll get more punch out that could make it more vibrant. However, if what you’re listening to is bassy now, it’ll be even more emphasised through these headphones.

As such, it means the experience you get through the XB910N will differ according to what you like and what you like to listen to.

We like warm and we like balanced, and while the XB910N is earthy and a touch warm, they are by no means balanced.

Comparing them to their excellent sibling in the XM4, the WH-1000XM4 clearly has the edge with a more even-handed sound that favours nearly every style and song. That’s not quite offered in the XB910N, and while it’s not bad, it’s also not the same. 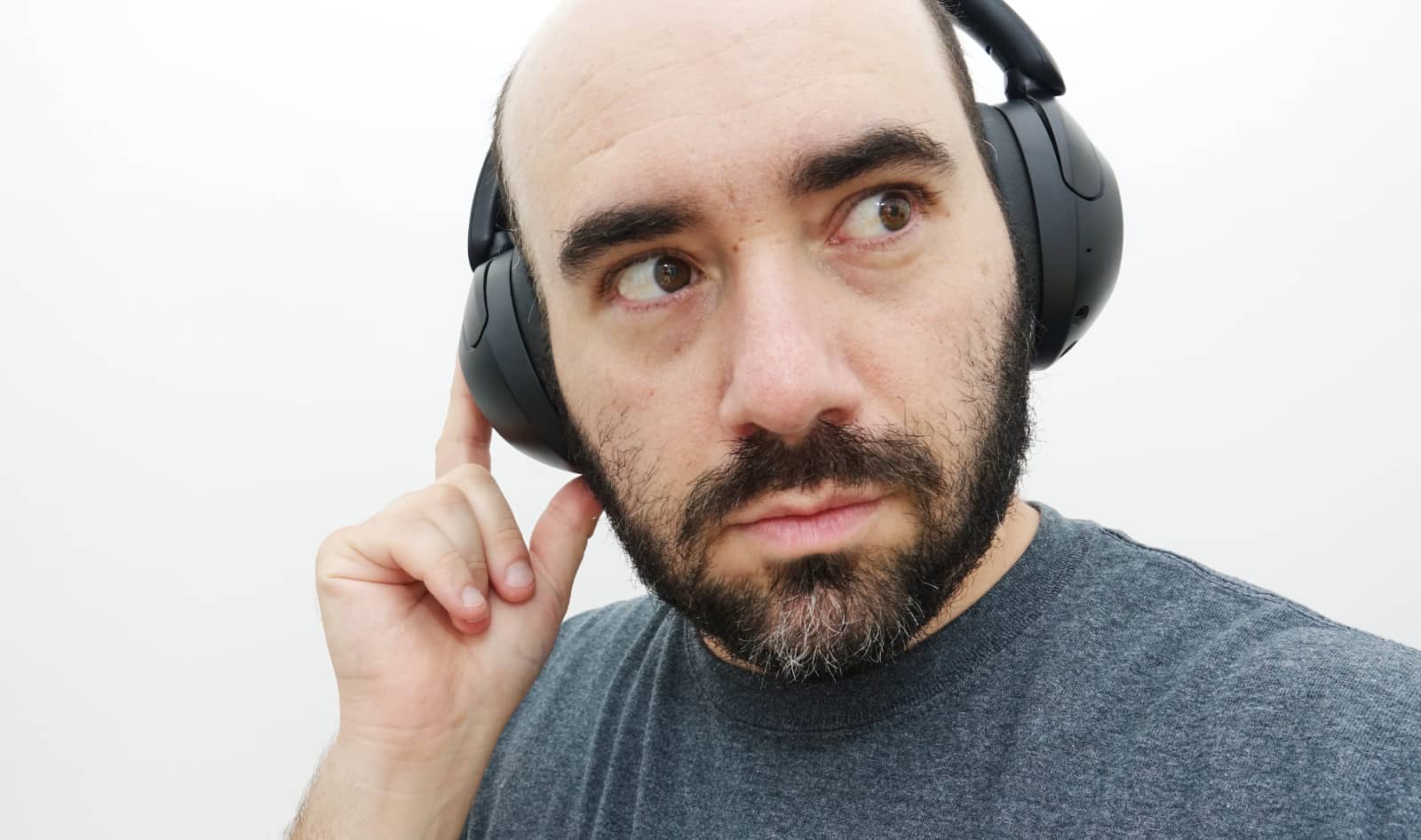 Also quite similar is the battery life, with as much as 30 hours of playback capable from the WH-XB910N, a battery life that feels very reminiscent of what Sony accomplished in its flagship model, complete with noise cancellation on.

USB Type C charges these extra bassy headphones, again in line with what the XM4 did, and if you want a little extra life, you can switch noise cancellation off and get 10 or 20 more hours, though obviously you’ll have to deal with letting the outside world bleed in a little more

Priced at $299 in Australia, Sony’s XB910N isn’t a terrible deal given you’re basically getting a bassilicious version of the XM4, save for a few changes.

For a little under $300 RRP, Sony has something similar to the benchmark model without giving away all the goods. The design is similar, the noise cancelling is decent, the headphone app’s feature set appears close, and the only major difference is the lack of balance, offering punch in exchange for that. 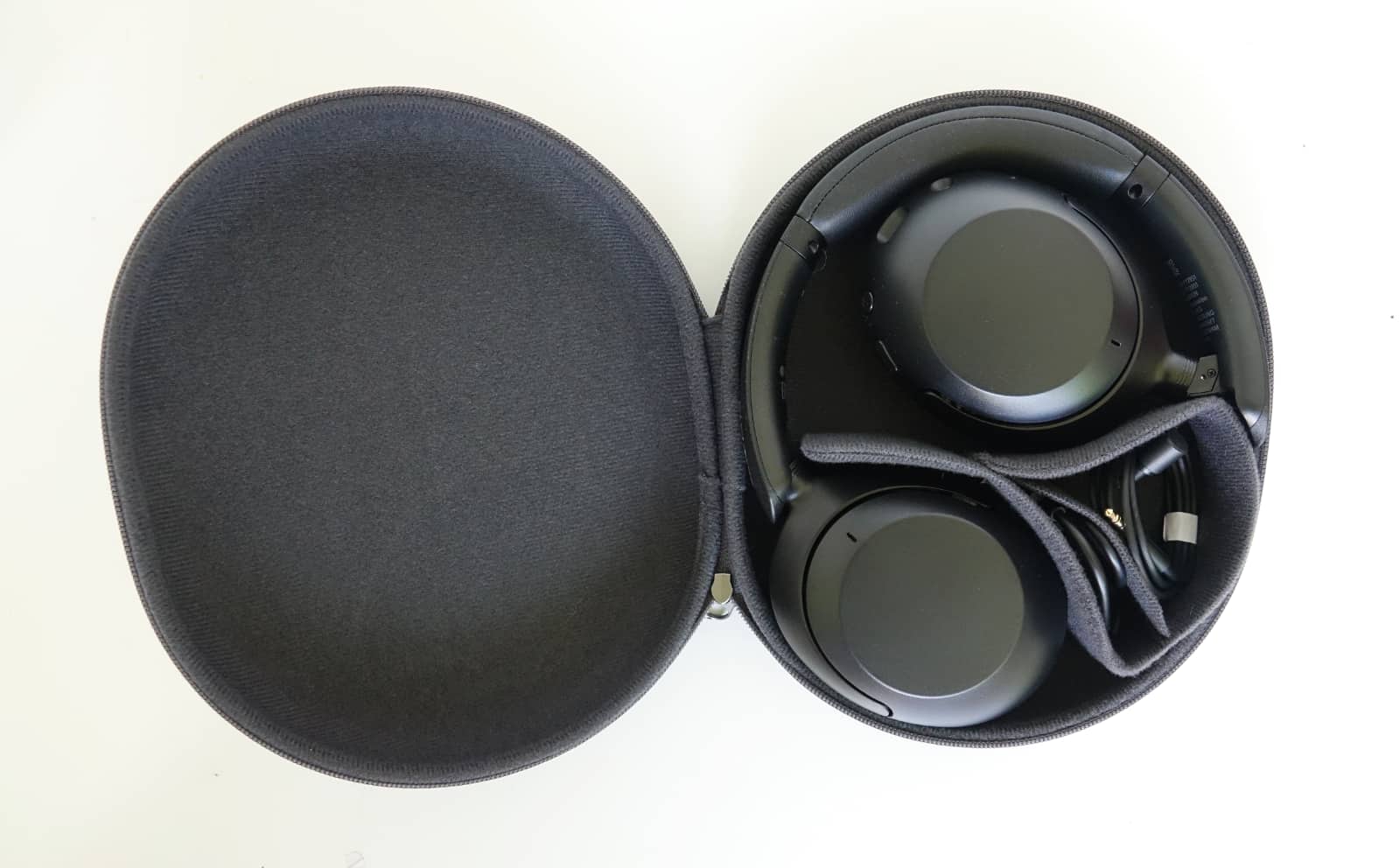 Surprisingly, Sony doesn’t need to change much with the package. If anything, the XB910N achieves a somewhat decent value given headphone RRPs almost inevitably never resemble their actual asking price in stores.

And Sony has managed to get a lot right about this pair of headphones.

We do think the bass is way too heavy handed, though. This isn’t a case of extra bass just massaging the sound to be more impactful, because at times, the bass was so overblown, we had to lower the volume to account. Sony isn’t increasing the volume, either, so that response isn’t exactly right, but beyond taking the headphones off, it’s all we have.

As such, Sony’s extra bass headphones are going to be ideal only for folks who need, crave, and demand that obviously extra dose of bass some tracks for some reason need. If your music is well balanced already, the bass can seem fine or just a little too pushed, but in tracks where the bass is pronounced, Sony’s extra bass headphones push too hard. Like they’re trying way too hard.

That’s a problem, because not every track may suit quite as well, and while you can apply some tweaks in the app, the default setting of the XB910N is to be heavy handed.

Frankly, we’ll always take balance over bass. It’s a choice of “the best sound” versus “a good sound with more drive”, and with the street price of the balanced WH-1000XM4 closer to the $350 mark (compared to the $449 RRP), we’d suggest the XM4 over the XB910N on every single argument. It’s just better in every way, and doesn’t try too hard.

The only way the WH-XB910N wins an argument on value is if you crave over-extended bass for every aspect of your listening, and if you can find these for $100 lower. Find the XB910N for $199 and they’re a steal, but $50 lower than the benchmark? Pick the benchmark. 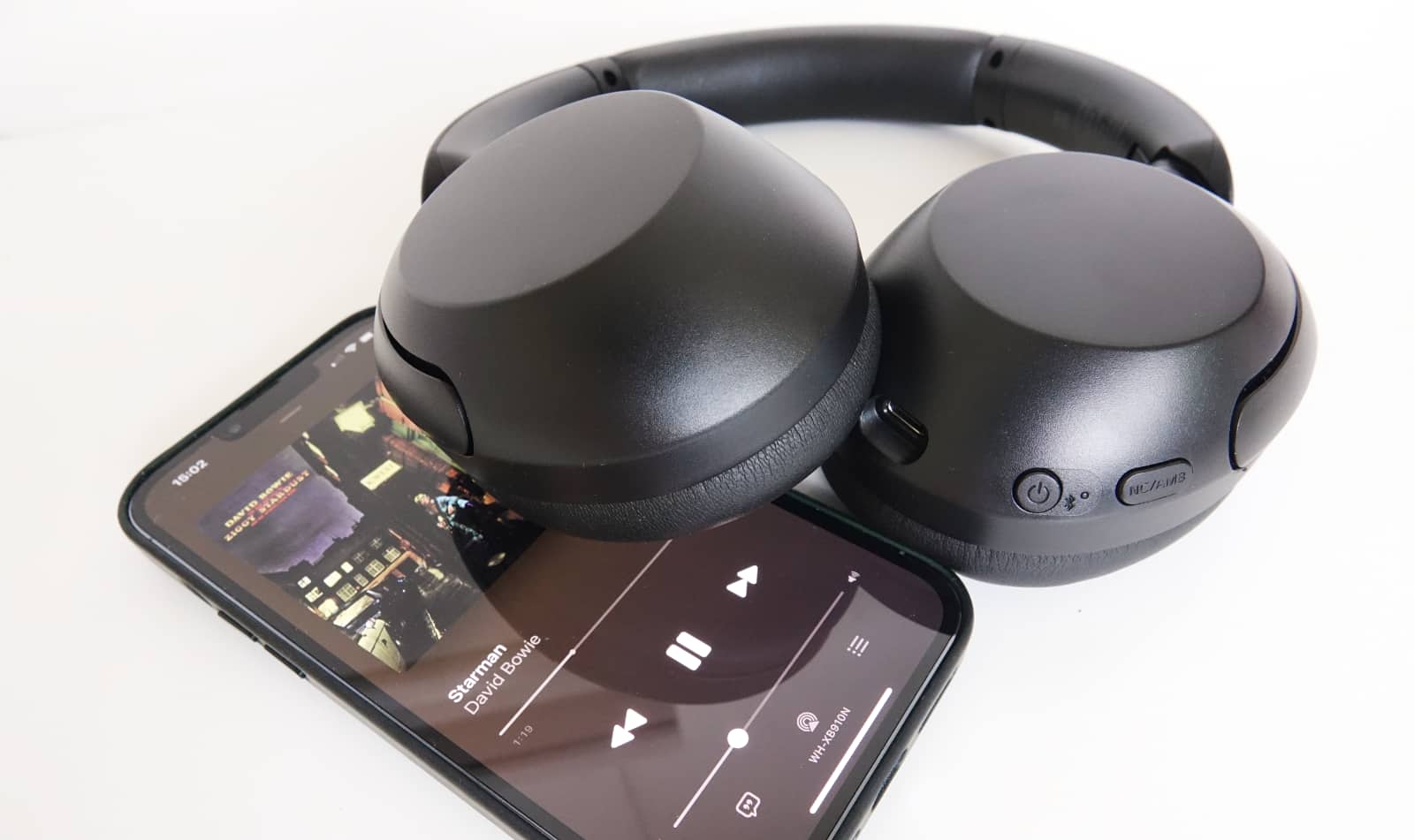 If you can find the XB910N for much lower than the XM4, they’re a good bargain, particularly because they’re so similar to 2020’s still award-winning headphones two years in a row, at least for us, though the bass can be overwhelming.

Not everyone will dig that quite so hefty bass response, though some will clearly actively prefer it. Bass is lovely, and while it can help create a warm sound for headphones, too much bass is too heavy to listen to. Some crave it, clearly, and that’s what the Sony WH-XB910N is catering for specifically: listeners who love to be hit with the impact that comes from a low-end sound. These definitely offer it, blowing out the bass in a way few good headphones can.

Us, we’d go with the a warm middle ground, where the bass is great but doesn’t feel like it hits you with a plank of wood every time, but if the bass is the only thing to get you moving, this is as close as the best use of over-extended bass you can find in a pair of noise cancelling cans. 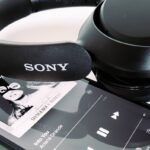