There’s a fair bit to look at in the least expensive Mac, the M1 Mac Mini, but value may not be as readily apparent unless you have check some boxes.

Of all the Macs we’ve reviewed, we realised we hadn’t reviewed Apple’s least expensive desktop, so with this Mac Mini review, we’re correcting just that. Is the most wallet friendly Mac as good as the rest?

A positively pint-sized Mac measuring a little bigger than an Intel NUC, but seemingly still quite small, the Mac Mini brings a metal compact desktop style to last year’s introduction of M1 chip and set of specs found on the MacBook Pro 13, released alongside it in 2020.

This isn’t the latest M1 Pro or M1 Max, as there’s no Mac Mini with that onboard quite yet. Our guess is sometime in 2022, but for now, this is a similar design to the old Mac Mini with Intel hardware under the hood, but with Apple chips used.

It means you’re getting a silver aluminium softened square with a black polycarbonate back, and a design that says merely “I’m a smallish computer made for your desk”, or really anywhere else you need a fairly small Mac. 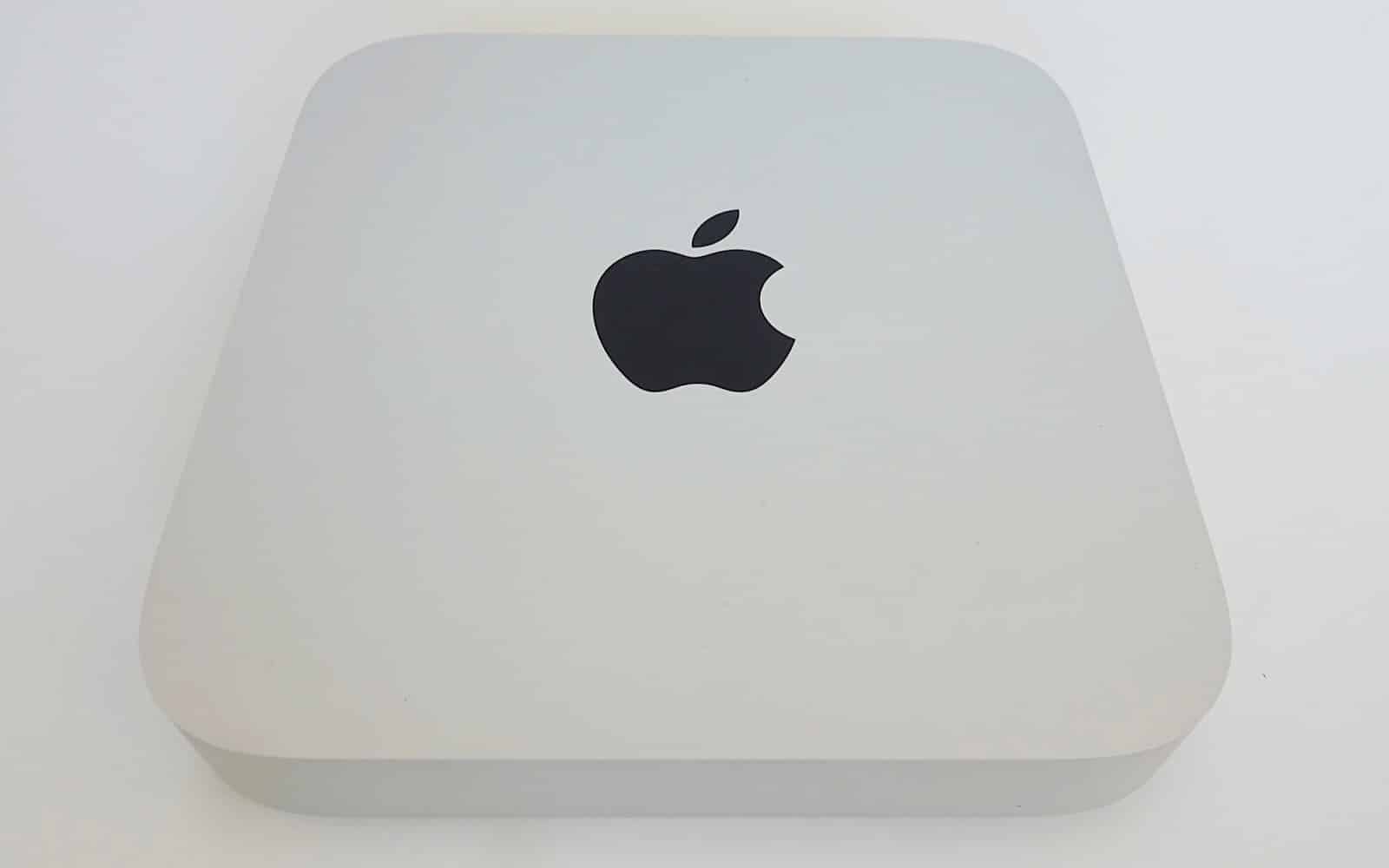 A slight shift from what’s found on the Intel model, there are only two Thunderbolt 3 Type C ports on this fairly small Mac, down from the four on the Intel Mac mini, accompanying two USB 3 ports, a single HDMI, one Ethernet, and a headphone jack, the same rough load out as was found on the Intel edition of the Mac Mini before it.

There are other changes, such as support for 802.11a/b/g/nac/ax WiFi 6, up from the WiFi 5 ac technology on the Intel model, plus a totally different set of chip hardware underneath. On the Intel editions, you had Intel Core i5 or i7 models, while on the M1 Mac mini, you’ll get the same Apple M1 chip with either 8 or 16GB RAM, and an amount of storage starting at 256GB but configurable to 2TB if needed.

That is by and large the feature set of the Mac Mini, which is pretty much just a computer without the screen, ready for you to plug in and get cracking. 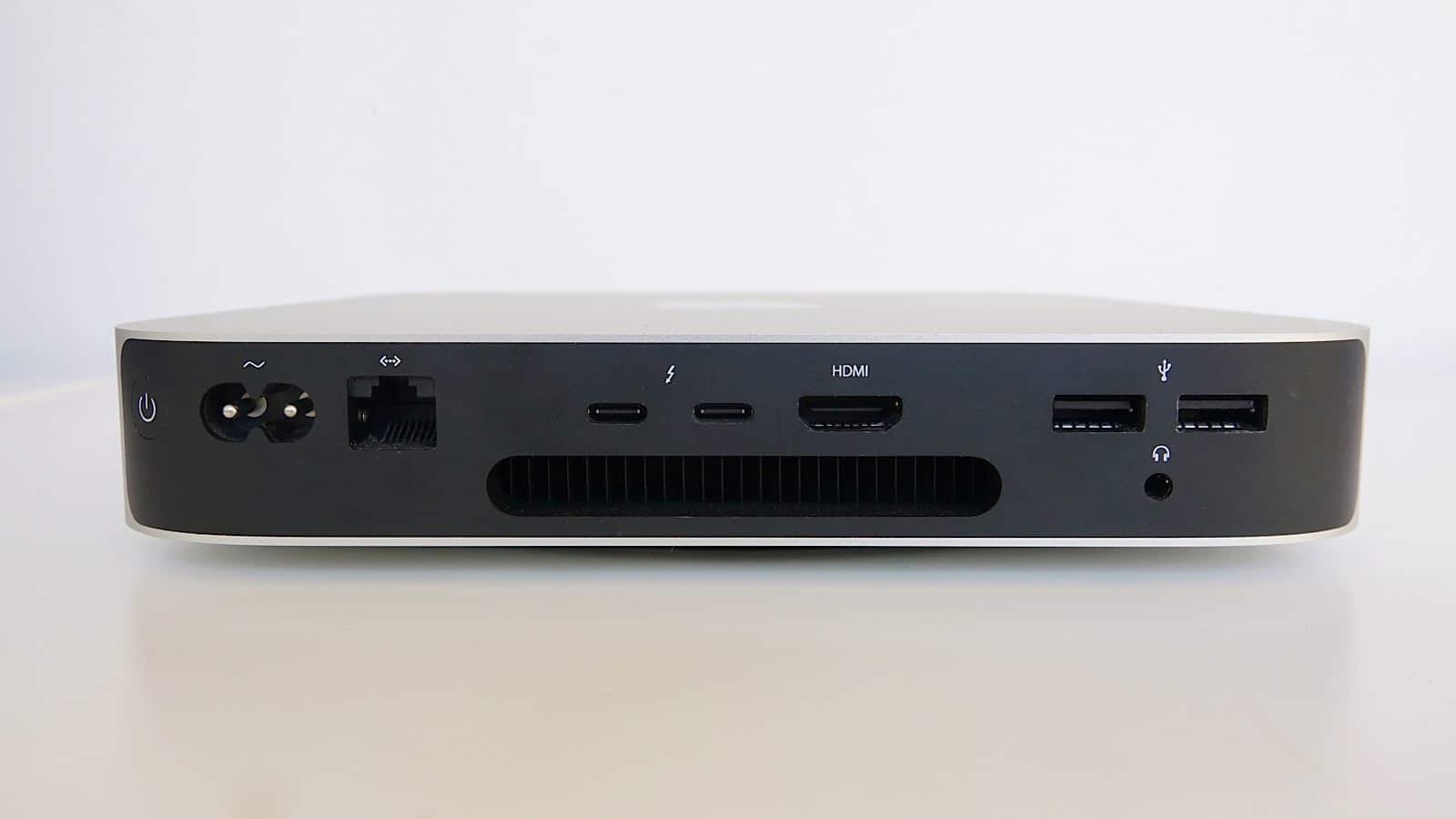 You’ll need at least one of those for the Mac Mini setup to even nudge ahead, but you need both for it to work. Obviously you need a monitor or TV — that’s the screen requirements — but you also need both input devices to be wired, a sort of a strange issue. If you have an Apple Trackpad or Magic Mouse, plug it in, but you have to have an Apple Keyboard or wired keyboard for setup to function. Apple doesn’t actually launch a Bluetooth screen in the beginning of the process or at any time throughout, at least not with what we experienced.

We switched on the Mac Mini expecting to be able to pair our Bluetooth options and proceed with the install, but no. Nothing. Ten minutes of messing around, of trying to find a shortcut in the top right of the Finder bar proved fruitless, and so we just looked for our recent M1 iMac review box and pulled out a real first world problem, taking out its keyboard and mouse to make this thing go ahead.

We get why the Mac Mini doesn’t come with a keyboard and mouse, mind you. This is Apple’s least expensive computer, and basically the barebones edition of a Mac. But to not have the install look for Bluetooth accessories reads as kind of surreal.

After all that’s done, you’ll need to leave Apple’s FileVault switched off if you want a non-Apple wireless keyboard and mouse to work upon load, leaving you in an interesting position: to make the most out of a Mac Mini, you’ll probably want to use an Apple keyboard and mouse. Without them — with a choice of peripherals — and things are notably less easy.

The whole thing is one deep sigh, and leaves us surprised that Apple doesn’t actually include the option for a keyboard or mouse on its shop page. You clearly need one, probably both, and yet that optional extra seems to fit more in the “you should already know” category, which seems so unlike Apple.

Once you’ve managed to get the system up, your desktop is ready to go, and you just need to be comfortable with the keyboard and mouse you’ve picked. We had our MX Keys and MX Master 3 mouse working upon setup, but needed to keep the Apple iMac keyboard plugged in to let us log in unless we kept FileVault turned off. Sigh.

Outside of this, however, the performance is solid, because it’s basically the hardware of the MacBook Pro 13 squeezed into a small desktop without a monitor or good sound system.

The system spec is spot on the same, and as such, the M1 Apple Silicon handles things much the same. At times, we watched the chip performance jump from 2.98GHz to 3.20GHz, affecting benchmarks slightly, but they showed it to be much the same in terms of what you get, and that’s great news if you simply want the performance of one of Apple’s laptops made for the desktop.

But hold up, because while inexpensive, the M1 Mac Mini might not actually be amazeballs value.

Both the M1 Air and M1 iMac come with a keyboard, mouse, and screen, and you may want all three to use the Mac Mini. Apple charges a minimum of $139 in Australia for the Magic Keyboard and a minimum of $109 for the Magic Mouse, with the better Magic Trackpad costing $179. Add those together and you’re talking about keyboards and mice that play nicely with the Mac Mini through setup and beyond at either $248 or $288, bringing that $1099 cost to $1347, a mere $150 below the MacBook Air, that comes with both of those things as well as a screen.

You could make the case that the difference in a seven core GPU of the MBA versus the eight in the Mac Mini is an important point for the cost difference, but we’d beg to differ. Frankly, the savings offered by Mac Mini aren’t substantial enough given you have to factor in this tech, with the only major difference being you get more ports and support for an Ethernet connection.

After weighing it all up, the only time the M1 Mac Mini reads as a value in Australia is if you have all the accessories and peripherals in the first place, and you prefer using them over another brand’s. Beyond that, and we’d tell you the other Mac models may well be a better value because they at least come with them, given they’re required parts. 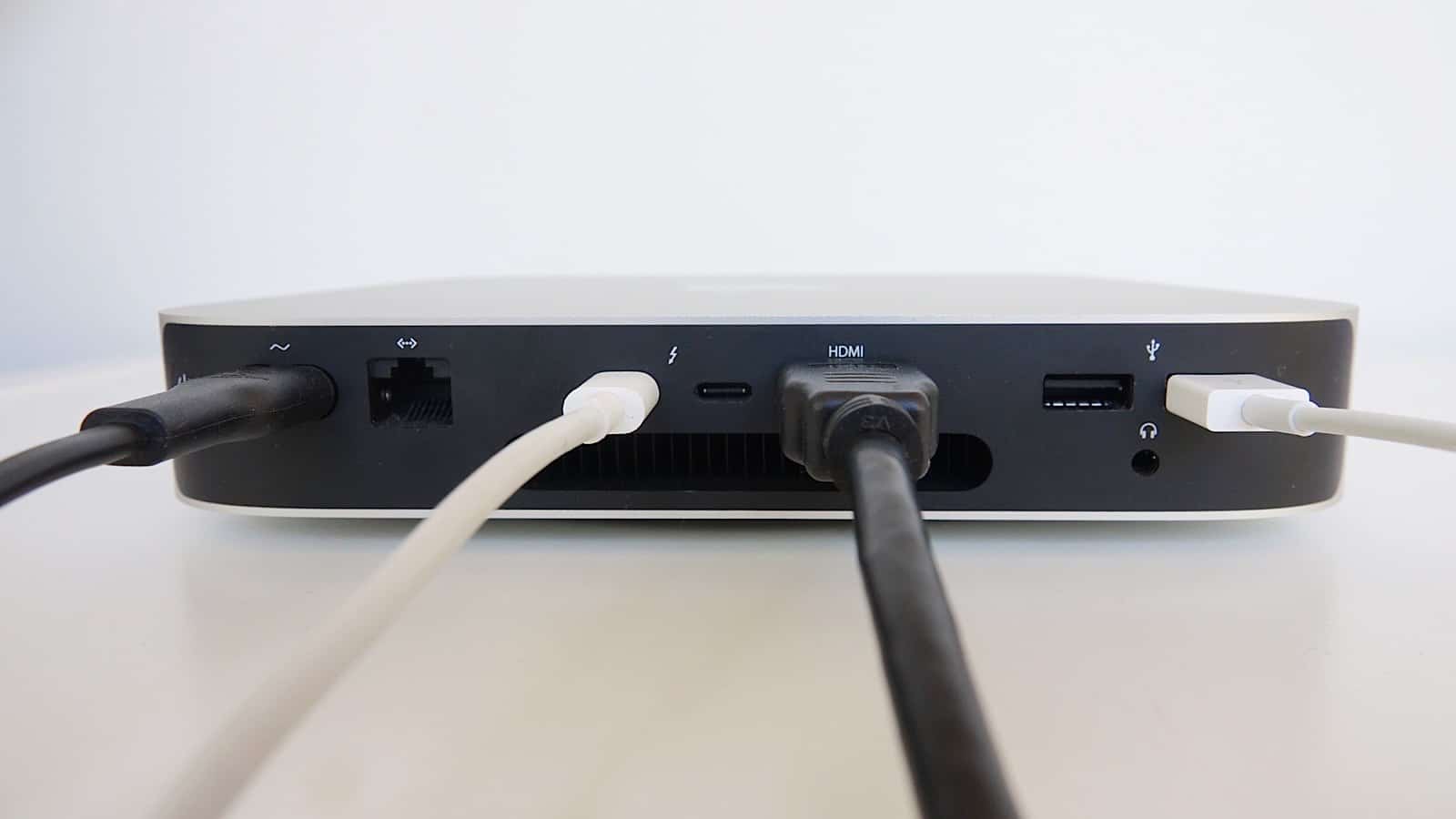 We get why Apple doesn’t include a keyboard or mouse with the package, but it’s also strange that the latest version of macOS doesn’t know how to look for Bluetooth accessories upon setup, and then doesn’t come with the option to turn on Bluetooth LE upon boot.

You don’t get a choice for this — it’s just how Apple does things — and hits that value hard. You probably will need to use a Mac keyboard with the Mini, otherwise it’s just not going to be smooth sailing. If you even want to log in using someone else’s Bluetooth keyboard on recent versions of macOS, you need to switch off FileVault, Apple’s disk encryption software.

There’s also the matter of the speakers, which in the Mac Mini are just plain abysmal. You just know that in light of the MacBook Pro 16 having such amazing speakers with its six-speaker system that Apple can do so much better than the flat, shallow, piddly little speakers found in the Mac Mini.

Within minutes of using the on-board, we were curious why Apple hadn’t drilled in holes on the side of the Mini and positioned speakers there, rather than the tiny speaker found inside. It’s practically unusable, and signals another great reason to consider either the MacBook Air or iMac over the Mini.

The speakers in practically every other Apple computer are at minimum decent and at best incredible, and the Mac Mini speaker is just the total opposite. The speaker here is such a disaster, you have to wonder how it managed to get through Apple’s rigorous quality testing. It is bad for just about everything, and will make you want to spend yet more money on another peripheral, replacing the speakers in the Mini ASAP. 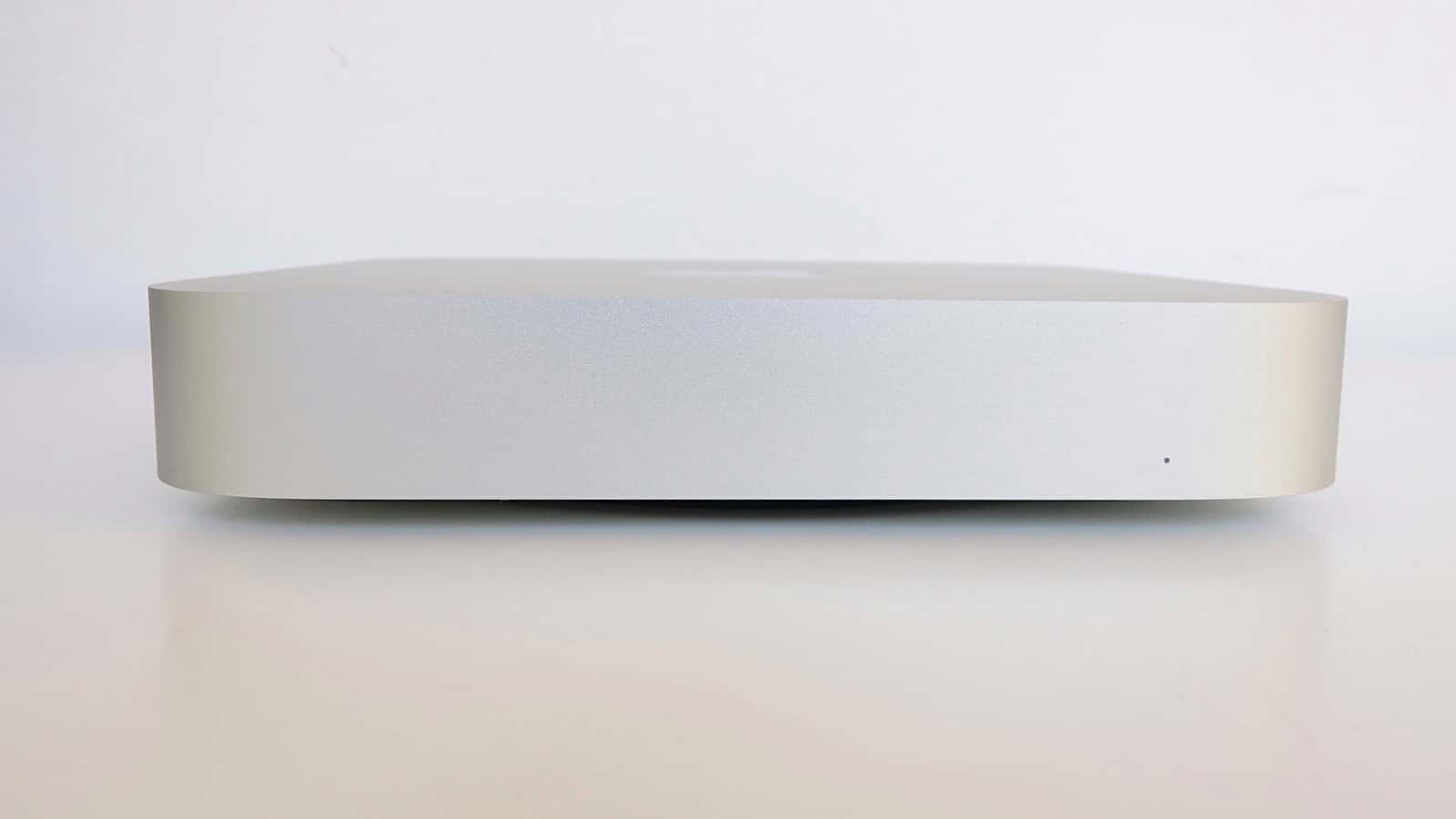 All up, the Mac Mini can be a bit of a mixed bag. On the one hand, if you already have the bits and pieces from previous models, there’s real value here, getting what is ostensibly the performance of the $2199 M1 iMac 24 in a computer basically half the price. That’s great if you have everything, and don’t need the monitor, keyboard, or mouse. Easy. You’re effectively saving money.

But heaven forbid if you don’t have one of those needed things, the Mac Mini is probably not value driven for you.

As such, we’d say the Mac Mini, while appealing as its price may be, is mostly for experienced Mac users who already have the bits and pieces, and not for folks necessarily looking for a Mac on a budget. Frankly, they should just spend a little more and get the MacBook Air, as that’s a better value altogether.

There is a fair bit to like about Apple’s least expensive Mac, but value may not be it. If you’re comfortable with a more experienced model and have the parts, the Mac Mini could be worth checking out, but you can’t help but want it to be just that little bit more premium. 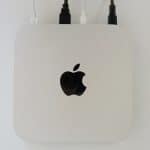 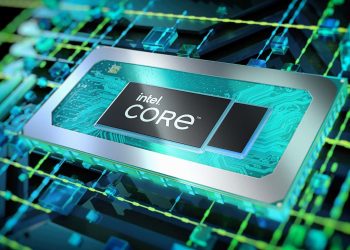