Google’s Pixel is a nice smartphone, but with a more flagship price than others, it might not be for everyone. The Nokia 8.1 on the other hand offers something close, but for less. Is it enough?

Ever since HMD Global returned the Nokia brand to the world, we’ve seen a focus on premium materials. From the mid-range to what constitutes the new Nokia high-end, the focus is generally on metal, and metal made to feel good in the hand.

This time, there’s metal, but there’s also glass, with a metal trim alongside the glass front and pack, making the Nokia 8.1 feel a little more premium than you might expect. 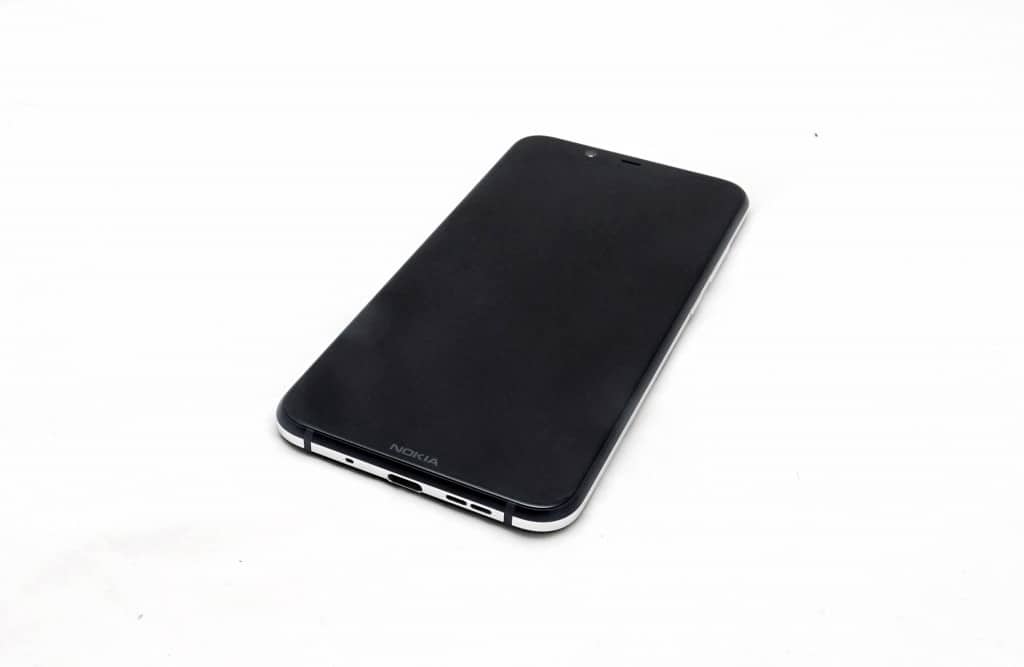 Under that glass and metal design, there’s a system spec somewhere between mid-range and flagship, with parts that aren’t quite one or the other.

Much like the Oppo R17 Pro, you’ll find an eight-core Qualcomm Snapdragon 710 processor, something HMD has paired with 4GB RAM and 64GB storage, the latter of which can be upgraded with microSD.

Google’s Android 9.0 “Pie” arrives on the phone out of the box, and without one of those company-specified overlays, as it’s part of the Android One program.

Like most phones, the Nokia 8.1 gets cameras, with the back camera sporting 12 megapixels for the main camera and 13 megapixels for a depth camera, while the front camera is capable of capturing 20 megapixel selfies.

Connection options for the Nokia 8.1 provide a little more than what most flagships deliver, sporting both USB Type C and 3.5mm headphone on the physical and wired side of things, while wireless is catered for with GPS, Near-Field Communication (NFC), 802.11a/b/g/n/ac WiFi, Bluetooth 5.0, and Category 6 LTE capable of 4G speeds up to 300Mbps down, network dependent, of course.

All of this sits under a 6.18 inch display showing a Full HD+ resolution, with a fingerprint sensor found on the back capable of unlocking the Nokia 8.1 when it’s on standby.

The battery in the Nokia 8.1 is rated at 3500mAh and is not removable. 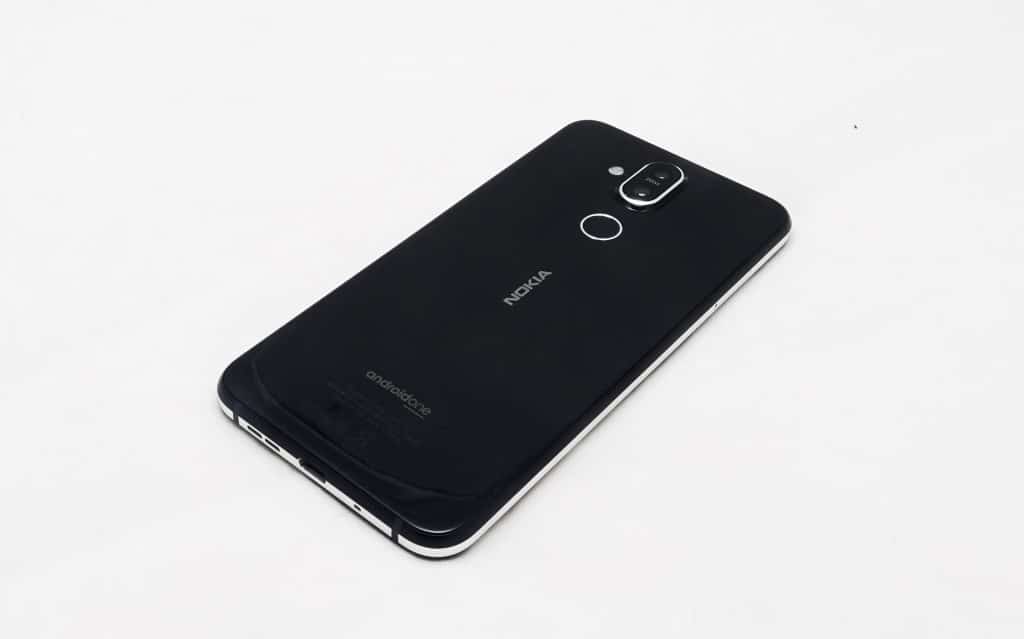 Specs out of the way, it’s time to turn the phone on, and that’s pretty easy with the buttons facing metal edge that sits on the trim of the handset.

While Nokia has built the 8.1 more in a design reminiscent of its own phones, using the phone, you wouldn’t be blamed if you thought you were using a new version of Google’s Pixel 3, and that’s because of the operating system.

Simply put, Nokia’s use of Android One leaves you with an Android install that is more or less spot on with what Google uses on its Pixel handsets.

What you’re actually getting is version 9.0 “Pie” for Android One, which is inversely similar to Android as it appears on the Pixel phones, complete with the same app menu and widgetised home screens.

You even get the same lack of soft buttons at the bottom of the screen, which makes using the Nokia 8.1 vaguely like using a Google Pixel, a curious proposition given the price differences between the units. 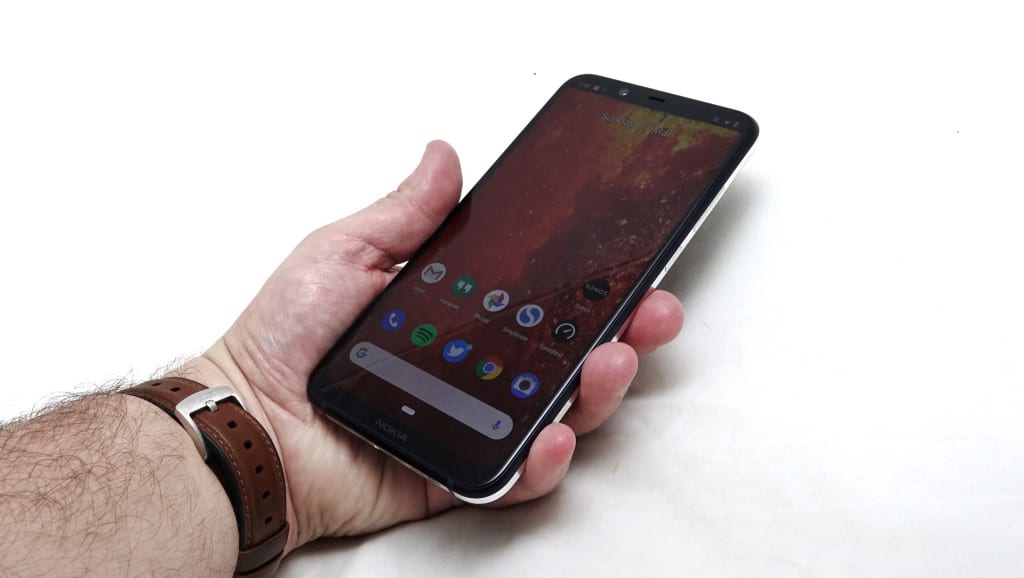 At times, the lag is genuinely noticeable, giving you a few seconds in between apps being loaded, though for the most part, the performance is acceptable. That said, don’t say we didn’t warn you.

Mobile performance isn’t bad either, and while our speeds never ventured outside of the 200Mbps limit to the 300Mbps max set out by the Category 6 4G modem the Nokia 8.1 has inside, the mobile performance was decent enough that we had little to complain about there. 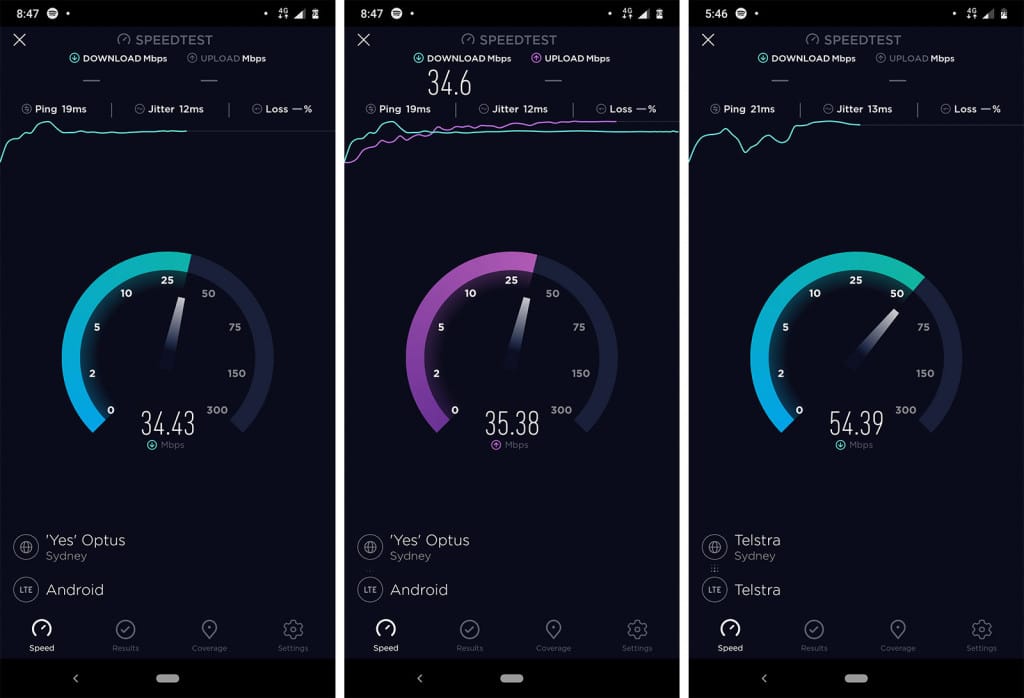 Next up is the camera, or more specifically, the cameras. Plural, because there are two on the back and one up front.

On the back of the Nokia 8.1, you’ll find a 12 megapixel main camera and a 13 megapixel depth camera for portrait shots, and while this combination can result in decent images, most of those images will occur in daylight.

When the light begins to lower, you’ll probably find the image quality drops, though the speed of the camera is more of an issue altogether.

In fact, it’s a problem that you’ll notice at any time of the day, with the camera often very slow to fire. We found performance on Nokia 8.1 camera lagged by as much as three or four seconds, meaning that shot you were going for might be lost in action as the camera struggles to fire the shot.

While the camera comes across as one of the slowest parts of the package, you may not care if you value battery life.

That’s because Nokia has built a phone that achieves two days of battery life, an impressive result that even pushed a little bit longer than we expected out of the body. And that’s two days while connected to wireless headphones for a few hours a day, while a wearable remains connected the entire time. Not bad at all.

Charging is by the USB Type C port we’re all getting very familiar with, but there’s no wireless charging in the Nokia 8.1, so don’t expect you’ll see the same automagical technology Google’s Pixel 3 and Pixel 3 XL both receive.

But with a price of $699, you may not care, since it comes in below the $999 starting point of flagship phones, and well below the over $1499 price tags that expensive phones normally go for.

This is a new spot for the Nokia 8-series, a range that was previously the high-end spot for Nokia handsets. This year, that might not be the case, with the Nokia 8.1 coming across more like mid-range than premium flagship smartphone.

Technology-wise, the Nokia 8.1 is most similar to the Oppo R17 Pro, though we think the storage and memory both manage to beat Nokia, as do the cameras.

In a way, that makes the Nokia 8.1 a little like the poorer cousin of the Oppo R17 Pro, which to us suggests the value is fine overall, even if the performance, well, isn’t.

And that’s a problem for the Nokia 8.1, because the slowdowns can be fairly obvious not just for that camera, but for using the phone altogether.

Outside of those issues, the question of what’s missing also raises a red flag or two, with no facial scanner and only the fingerprint reader for security, as well as a lack of water resistance and no wireless charging.

At the $699 price point, we’re not going to say we’re surprised, but we’d probably shop around.

With a big screen, a glass and metal body, a strong battery life, and a proper version of Android, there are quite a few things to fall for. So much that the Nokia 8.1 is the not-quite Pixel-ish smartphone, at least on paper.

On paper is the key point here, because there are some obvious performance issues that make the Nokia 8.1 less attractive when you get it in your hands. It’s a real shame, because you can see what HMD and Nokia have tried to build in the 8.1, and what has eventuated doesn’t really live up to the end-result it should be.

If the performance could improve from an over-the-air firmware update, the Nokia 8.1 could be a good option, but right now, it’s one that at the $699 price point needs some work. 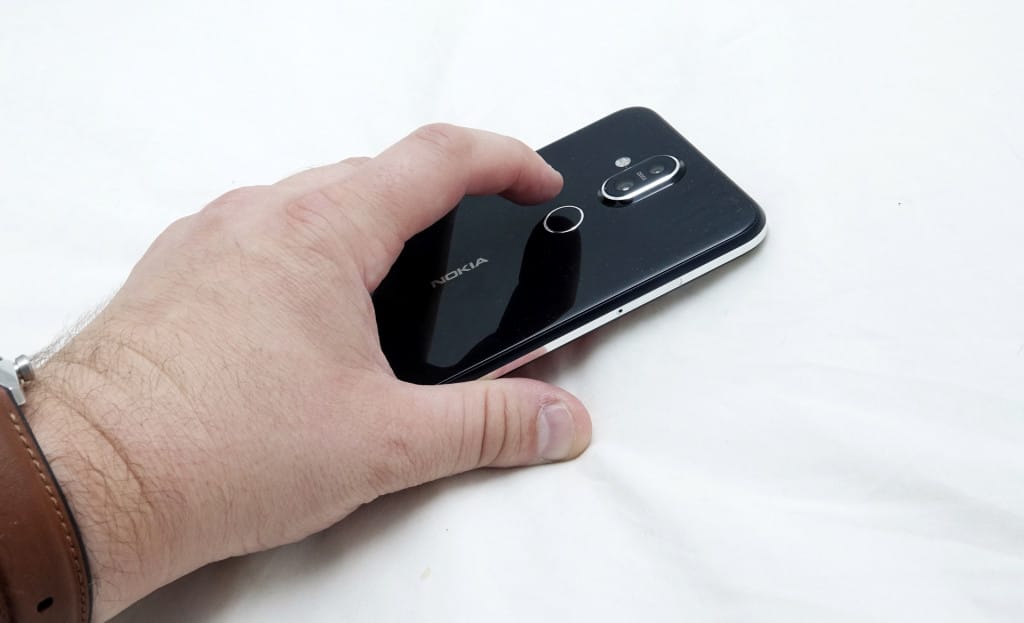 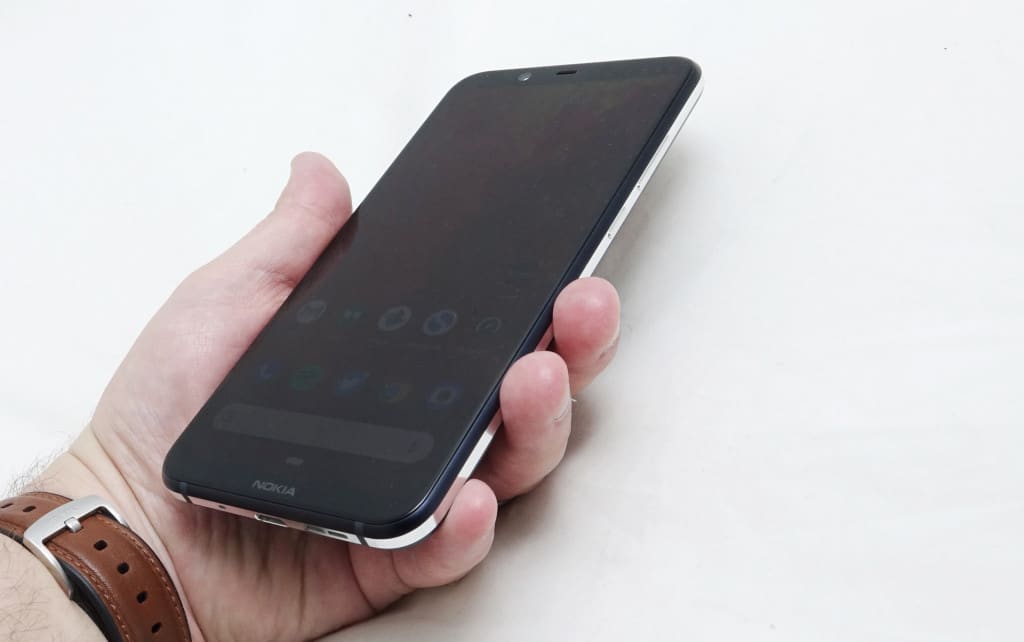 Nokia 8.1
Design
Features
Performance
Ease of use
Cameras
Battery
Value
The good
Nice big screen
Runs Android stock like what you get on the Google Pixel
Strong battery life
The not-so-good
Performance has some serious moments of lag
Camera quality needs work
No water resistance
No wireless charging
3.5