For the past few weeks, there has been a new member of our home. While our first child is also new, she has been joined by a delightful little addition that resides in the kitchen and takes our orders.

She’s not a butler or a maid, nor is she dependent on food or water. Rather, she lives to serve anything online in a way that can be dispelled through audio, through instruction, or through commands to the various smart devices we’re gradually installing in our home.

You see Google lives at home with us, and can live at home with you, too, as Google Home sees an incarnation of the Google Assistant join you and anyone else living there, helping you in many of the same ways Google does on a phone.

And while it’s quite obviously just the beginning, there are many things Google is doing with Google Home that work very, very well, so much that it’s hard to believe this is a first-generation product. 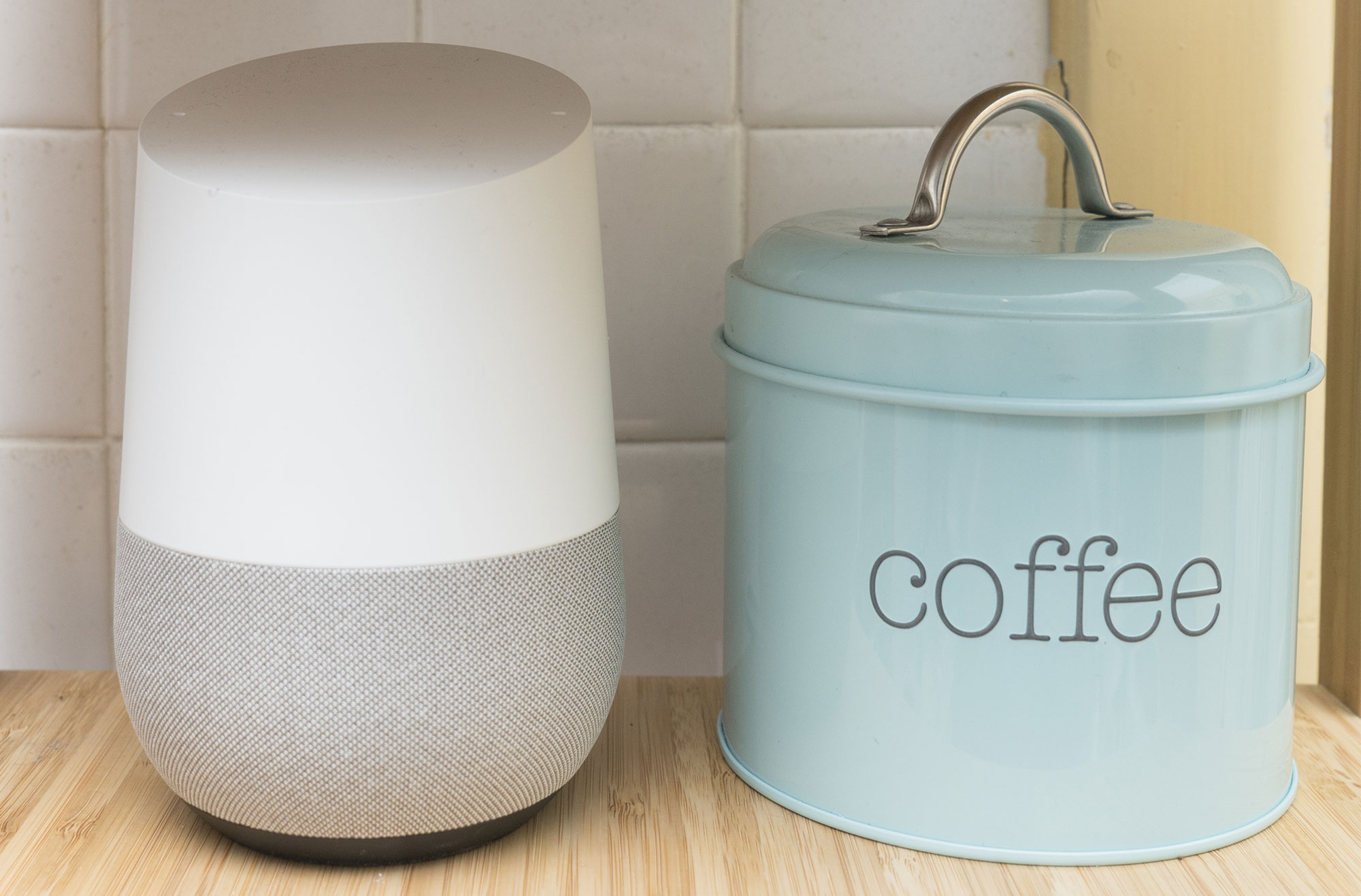 Appliances are rarely friends, and while you might talk to the toaster or name the kettle, they don’t usually talk back, so how might you answer the question of what an appliance meant to help you should look?

It’s a complicated question, and one that Google has tried to answer with a gadget that includes a microphone, a speaker, a touch panel, and a design that would fit well in more parts of the home.

As such, it doesn’t look like your conventional piece of technology in that it hides in the background. Rather, it’s supposed to sit somewhere, light up, and be spoken to, coming off more like a digital vase that just so happens to have a lot of technology inside of it.

That technology includes the aforementioned microphone and speaker, the latter of which is driven with a 2 inch driver and two 2 inch radiators, relying on a connection to your home WiFi with an 802.11a/b/g/n/ac connection.

Support for Bluetooth and Chromecast are both included, as is multiroom audio if you happen to have more speakers supporting that last one, but for the most part, that’s it, as Google condenses the basics of a phone’s version of Google Assistant into a small device.

You will find a small touch panel up top, of course, with LEDs behind it to tell you when Google is paying attention and when the volume is changing.

Google Home plugs into the wall not by USB, but rather a small circular plug port.

Charlie Puth and Cliff Richards have both sung a version of “We Don’t Talk Anymore”, and that might be true of the home. With smartphones kept on our person all the time, it’s not surprising that we’re not talking as much, instead spending the time staring at the screens and punching in characters to virtual keyboards, telling things what to do that way.

But Google Home is less about typing things in and instead talking things out.

You may not talk anymore, but Google Home wants to change that, packaging up a small web-reliant version of the Google Assistant into a speaker-based appliance so that you can issue commands for around the home.

Setup of the appliance is handled by the Google Home app, a simple bit of software that not only sets the appliance in your home up, but also tells you what else it can do, like connecting to apps.

In fact, you can experiment pretty quickly simply by starting to do that thing we mentioned earlier, and talking to the Google Home.

Each of these phrases will get Google to do something. The starter of “Hey Google” or “OK Google” kickstarts the listening aspect of the Google Home appliance, and then the request comes after it. 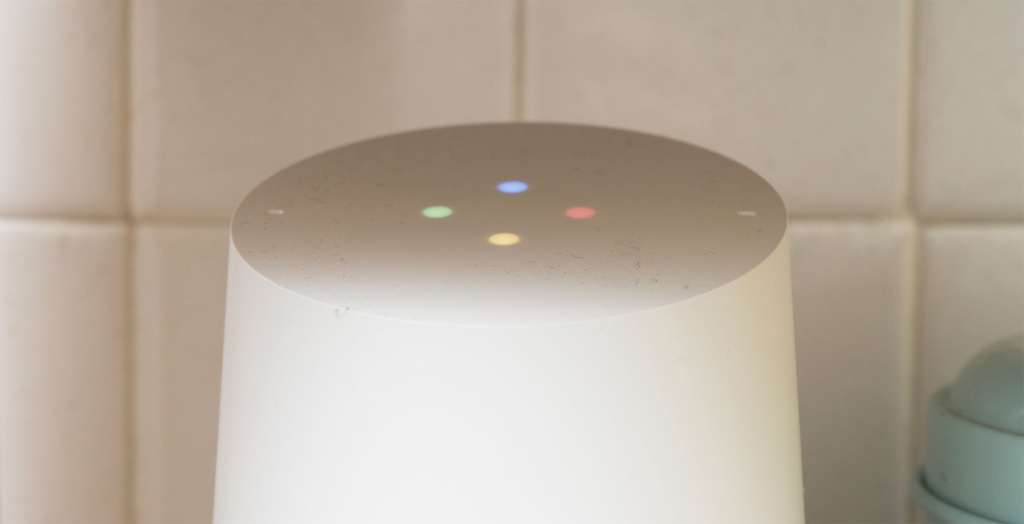 In the case of those phrases above, Google Home will respectively start playing David Bowie, the volume going up, a timer being set up for the next four minutes, the weather being listed for the outside, how much time is left on that timer, the music being paused, tell you if the weather calls for rain in North Sydney, stop the timer, and then go back to playing music.

And for the most part, Google Home does a fairly good job of getting you. Australian voices are varied and our accent isn’t always clear cut, but in general we’ve found it doesn’t suffer dramatically, sometimes messing up what we’re saying from numbers, or having a bit of a blank from certain words.

We’d liken it to around a solid 75 percent solid interpretation, and that’s not bad for a first generation device that has to listen to more than one person in the home. Remember, your instance of Google Assistant, Apple Siri, Microsoft Cortana, or Samsung Bixby only has to work with one voice and deal with getting to know that. Google Home has to interpret your entire family, so it’s looking for the way we pronounce things and interpreting that. 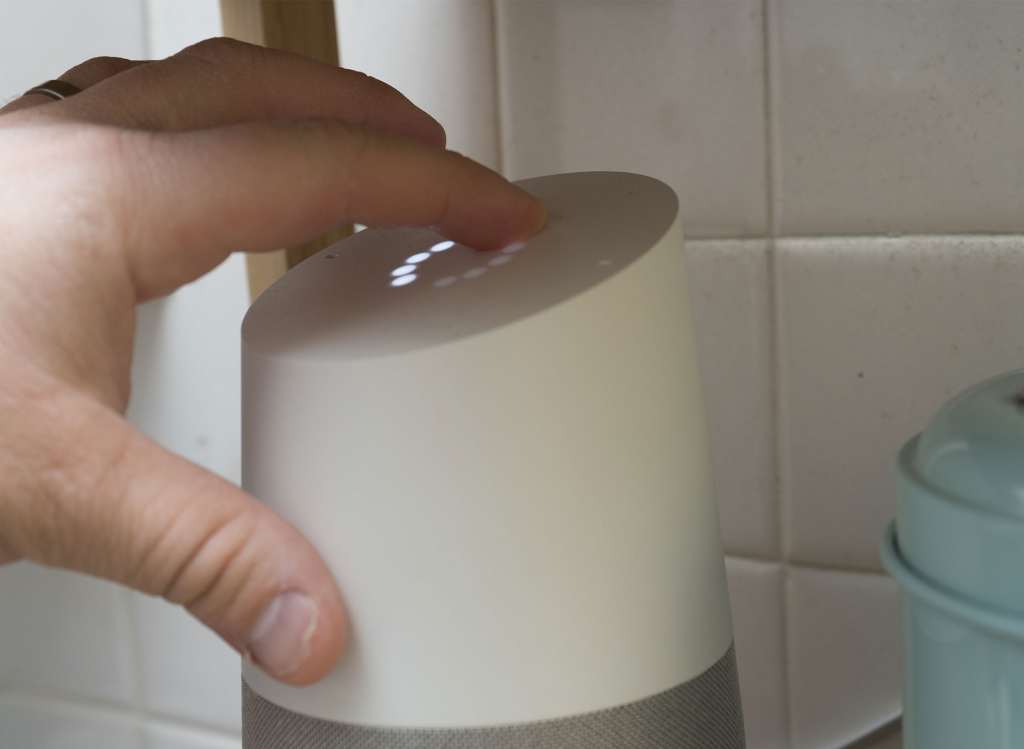 While talking is the main point to get Google Home to do its thing, Google’s Home contextual focus does need some work.

For instance, if you’ve connected Philips Hue lamps in your home and set them to different rooms, you can tell Google Home each of the following phrases and it will act on them:

However, put those two together and Google has no idea what you’re doing.

Those phrases will just end up getting you back an answer where Google has no idea how to help you.

And really, it’s this lack of being able to join the dots that sets the assistant back slightly, knowing ahead of time that instructions are going to have to bed fed one line at a time, and that Google doesn’t yet understand you unless you speak in small bite-sized phrases.

Fortunately, it’s something that will likely change with time, as Google’s web dependent appliance is updated as time goes on.

When you do end up starting a regular dialogue with Google Home (and your family joins in, no longer looking at you like a crazy person), it’s handy to remember that Google Home is very dependent on your internet connection, so if it struggles, so will your ability to talk to your new AI-connected friend.

That’s actually why the performance for Google Home is so good. Where it gets bad as what makes you frustrated about using it.

As great a start the Google Home gadget is, it needs more of a connection to real world bits around the home, with only a handful of products working with Google Home to begin with.

For instance, while Philips Hue and LiFX bulbs make the connection, Belkin lightbulbs do not. Likewise, while Telstra’s smarthome gadgets can work through Google Home, Elgato’s will not, and there are other incompatibilities, too.

You can find support for Chromecast speakers, and it will talk to those, but if you have a Sonos in the house or a multiroom speaker by another brand or system, Google Home won’t make the connection. It can talk to Spotify and Google Play, but Apple Music it won’t play nicely with. And if you have a security system, it may not connect, either.

And really, that’s the problem with Google Home as it exists right now: it’s not quite ready to be the one main smart home system, at least not yet, as it’s limited in what it talks to.

We’re sure that will grow, and Google has quite a few to begin with, but that’s just it: it’s a beginning, and while it’s a blast if you have the right gadgets to talk to, it’s a very lonely existence of merely asking Google questions if you do not.

The speaker is also the other area that you can’t help but feel needs a bit of work, as while it’s loud, it fuzzes out very easily. We’re not talking about distortion fuzz from jamming death metal at the loudest possible volume, though we wouldn’t recommend that either. Rather, this is distortion fuzz as the voice of Google’s Assistant speaks, the sound occasionally clipping and blowing out.

And yes, when you play music up loud, it will too, as the speaker — as loud as it can go — can come across not fantastic, merely vocal.

If you don’t look for too much in its audio, you shouldn’t be thoroughly concerned: remember, this is a $199 speaker system with an AI assistant plugged into it, not a dedicated box for audiophiles.

The most startling thing about Google Home is that it’s one of those products that can find a use in anyone’s home, web savvy or otherwise.

Know someone who wants to use more of the web but doesn’t quite get the whole computer thing? No worries, because Google home makes sense there. Mum, dad, and the grans can simply talk to Google by saying things out loud, and if they happen to be future-friendly parents ready to grab the smart home by the plug, it will make even more sense.

And if you happen to be that way inclined because you’re an uber-geek, it all makes even more sense, giving you an assistant to speak to.

The catch in this isn’t just what Apple has in store with HomePod later this year, but what other Google Assistant-built devices are coming, because there will likely be a few.

Still for $199, Google Home offers a great start to that vision of the smart home, and provided Google can keep delivering the updates and making the whole system better, Google Home is a winner any home can be improved by. 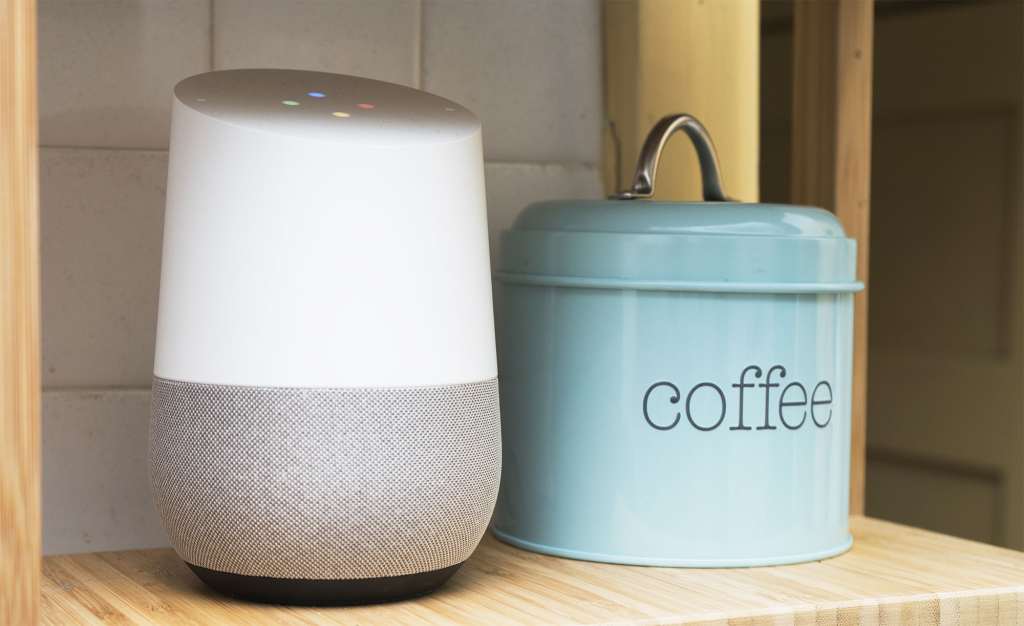 Design
Performance
Ease of use
Sound
Value
Readers think...0 Votes
Nice simple and minimalistic design
It’s a great start for smart homes
Is always listening, and does a pretty good job with your commands
Can control lights and other smart home devices
Expandable
You get the feeling this is the first of many Google Home products that will do great things
Speaker isn’t fantastic
Interpretation isn’t always good
Google doesn’t talk to enough around the home (yet)
4.2