We’ve all seen Disney movies, and some of us have seen enough of them to know that we’re Disney geeks. You may even have your favourite (mine has a big musical numbers, which won’t narrow it down tremendously), but if you’ve watched any in the past five or ten years, you’ve seen a piece of Disney’s origins.

You know that Disney intro with the mouse whistling on a steamboat? That is “Steamboat Willie”, the very cartoon that started Disney, and a classic.

Few remember that film of a tugboat captain whistling away, but that is the very inspiration for a game that will look as cute as pie and yet try to crush your soul called Cuphead.

In fact, the only difference is that you’re not in for some good ol’ fashioned family entertainment, but instead a ‘class for one’ in insulting your TV with the level of profanity that recommends your family, neighbours, and pets vacate the building with immediacy.

And we’re not !@#$ing kidding (we censored ourselves). 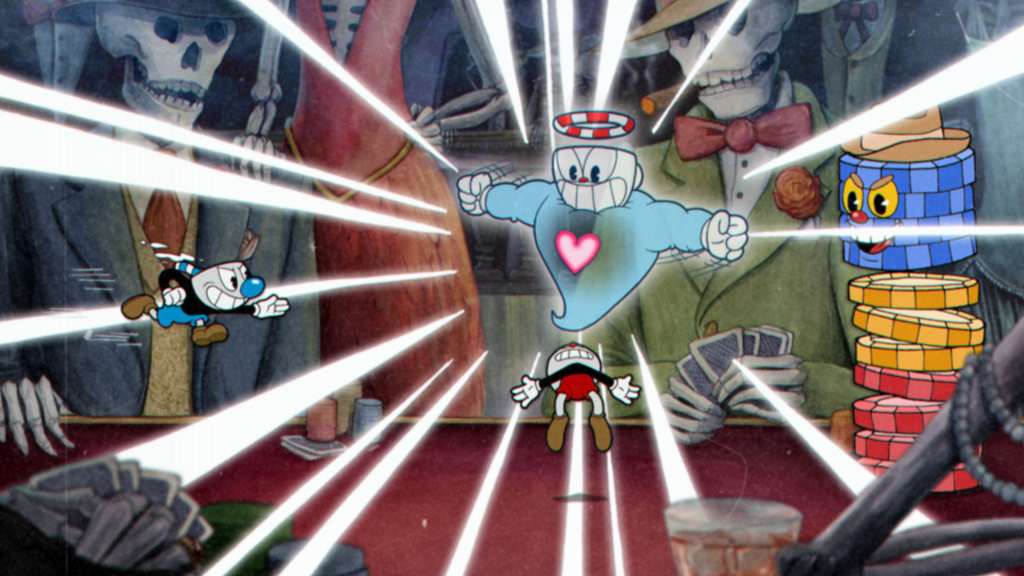 Developed by Studio MDHR, an independent studio founded by brothers Jared and Chad Moldenhaur, Cuphead is impressively the studio’s first game. In development since 2010, Cuphead is absolutely stunning, with a lovely attention to art and design the likes of which you normally don’t see.

A 2D side-scroller, Cuphead welcomes you in, almost like it disguises its true nature, warming you up with wonderful watercolour backgrounds, warm and crackly jazz music, and an entertaining prologue about two brothers named Cuphead and Mugman who mistakenly wander into the devil’s casino and lose their souls.

Lucky for the brothers, the devil offers them a deal: collect the contracts from other inhabitants of ‘Inkwell Isle’ who have lost their souls, and in return they can walk free. 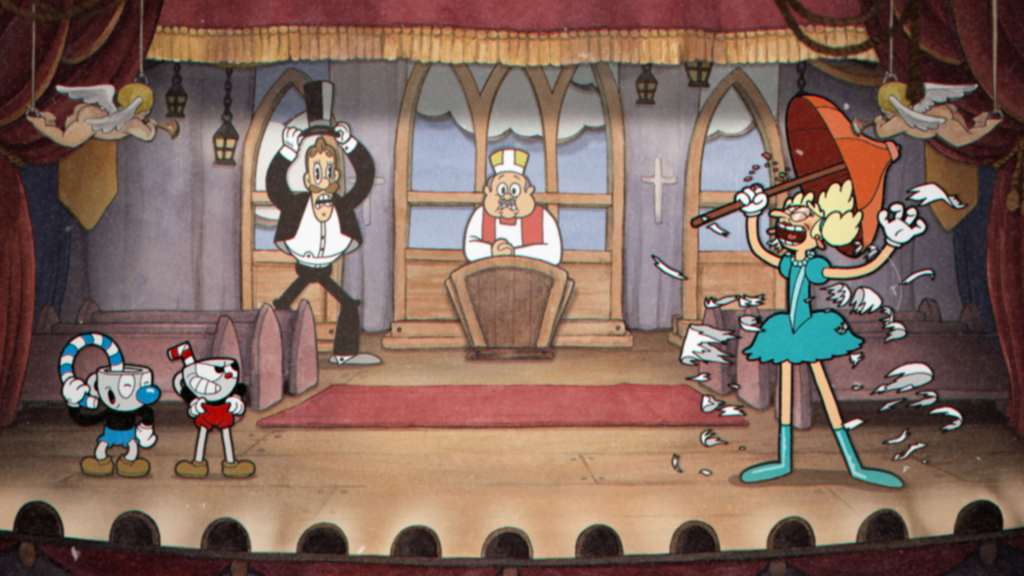 When the game officially begins, you’ll find yourself armed with a simple finger gun that shoots in any direction you desire, and that in exchange for the coins you find throughout levels of the game, you can update your inventory with additional fire power in the form of a “Secondary Shot”, a “Super”, and a “Charm”, all with different bonuses.

I highly recommend you aim to get every coin you can, because the bosses to come will not only test your emotional strength but how long your lungs can go without oxygen.

Dead set, Cuphead is made up of some of the hardest, most infuriating, teeth-clenching, couch-punching, fist-clenching, feet-thumping boss battles I have ever experienced in my life, and astonishingly, they even transcend that of “Dark Souls”, another equally aggressive title.

If you think that you can defeat a boss on the first attempt, it’s time to wise up and face the facts, because Cuphead will turn you to mush. 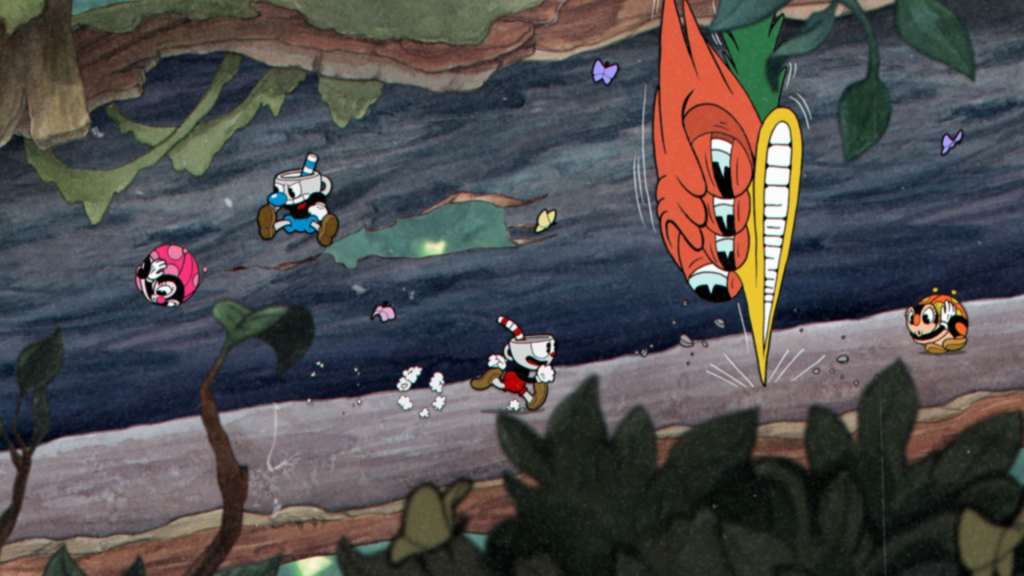 When the time comes, you will begin a boss fight and it will appear quite simple — dodge a few obstacles here, shoot them in the face there — but what you don’t expect is just how deceptively aggressive Cuphead actually plays out.

In one instance, the boss you take on will transform into several murderous beasts, some with different attacks and different special moves. One second they’re a boxing frog who can launch an electric bouncy ball, and the next they’re an old fashioned slot machine shooting multiple coin podiums towards you, bowling you over and knocking you down.

I have never been more determined to defeat a telekinetic carrot in my life, and while it may have taken an hour, perseverance and yelling at my television got me there.

The key to Cuphead is memory: there are so many different stages and transformations during boss battles that it takes time to prepare and remember what’s coming next.

The feeling of defeating a boss after hours of gameplay will have you either jumping for the roof or thanking the almighty above pounding your fists in glory on the floor. 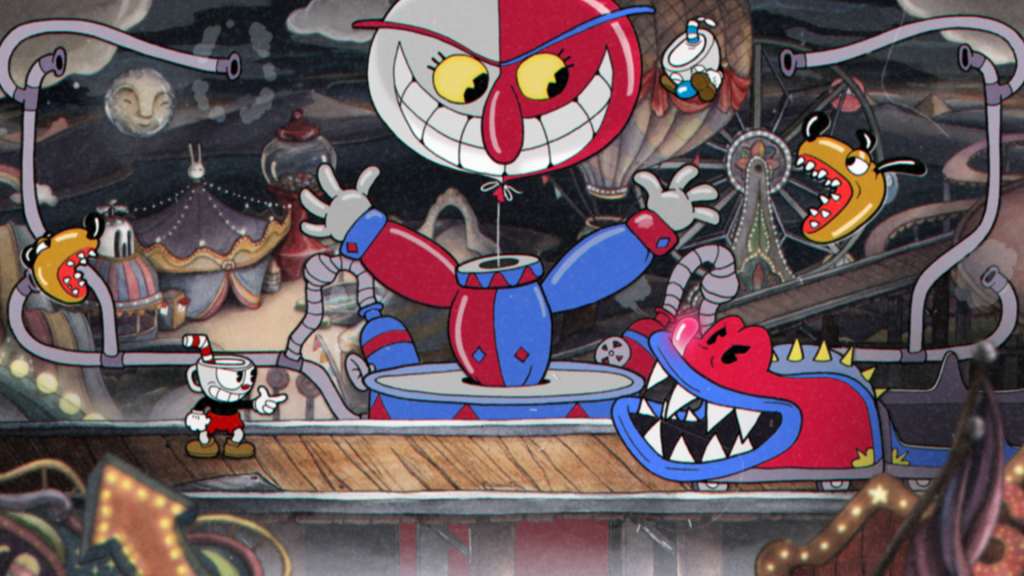 And while it’s fun, it’s hard not to feel as if Cuphead is a game you love to hate, as it releases your inner Dr. Jekyll and Mr. Hyde. Perfect for players of any age and is available for 1 or 2 players, it plays best for people who don’t feel compelled to throw their controllers through the window or the TV. Remember, perseverance will get you through this.

If you’re willing to barter with your own adrenaline for the chance of being rewarded with endorphins, you’ll find Cuphead for the Xbox One and Windows PCs. 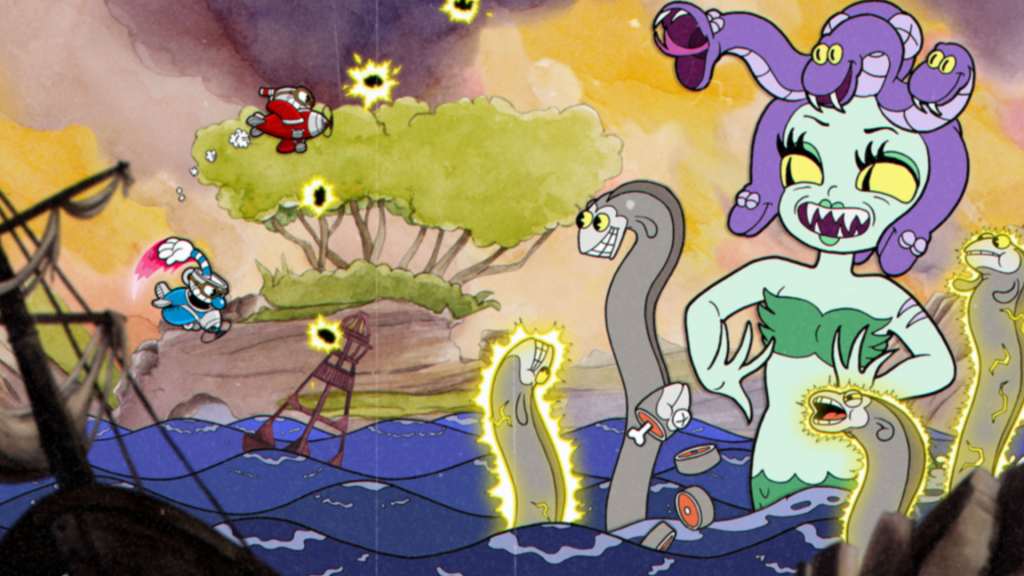