Are you more likely to get scammed on your phone or computer?

It seems there’s no shortage of ways for scammers to try their con, but where are you mostly likely to get scammed?

Phones and computers may well be the two devices we rely on for the day to day, but for each of us, there’s one that’ll be the main daily driver. You might lean harder on your phone than the main productivity workhorse that is your computer, or you might sit on the other side.

Whatever it is, they’re both at risk because they’re both ways you connect and interact with the internet, making them possibly vectors for scammers and cybercriminals to engage with you on. But which is more likely to see a problem?

Computers are used for scams

Even if you lean hard on your phone, your computer is the place you’re getting work done, whether it’s for school or the actual day job, or something extra on the side for fun or the dollar bucks.

For many of us, a type of computer is our primary way to interact with the online world, thanks in part to the large space and real estate we get with a desktop, but then also that keyboard, which is a faster way of typing than the on-screen keys your phone comes with. You might be as fast as they come on your phone, but hit over a hundred words per minute on a physical keyboard, and good luck catching up.

As such, it’s altogether unsurprising that so many scams that have come in over the years were built for a desktop, with older approaches relying on app installs that needed a computer.

If you were targeted by Microsoft calling, the idea was to have you go to a website that could control your system remotely and convince you the so-called tech support person was right, even when it was them doing the dodgy, remotely controlling your Windows computer using remote access technology. That’s an example of a scam that needs a desktop computer, though times are changing.

Websites these days are built to look good on both the large screen of a computer and the small screen of a phone, and anyone can do it; “responsive websites”, as they’re called, are not difficult to build.

Which means scammers can make them, too, and when you couple in the growth in technology in a phone, it means scammers are also aware we’re using these mobile devices a lot more, too. 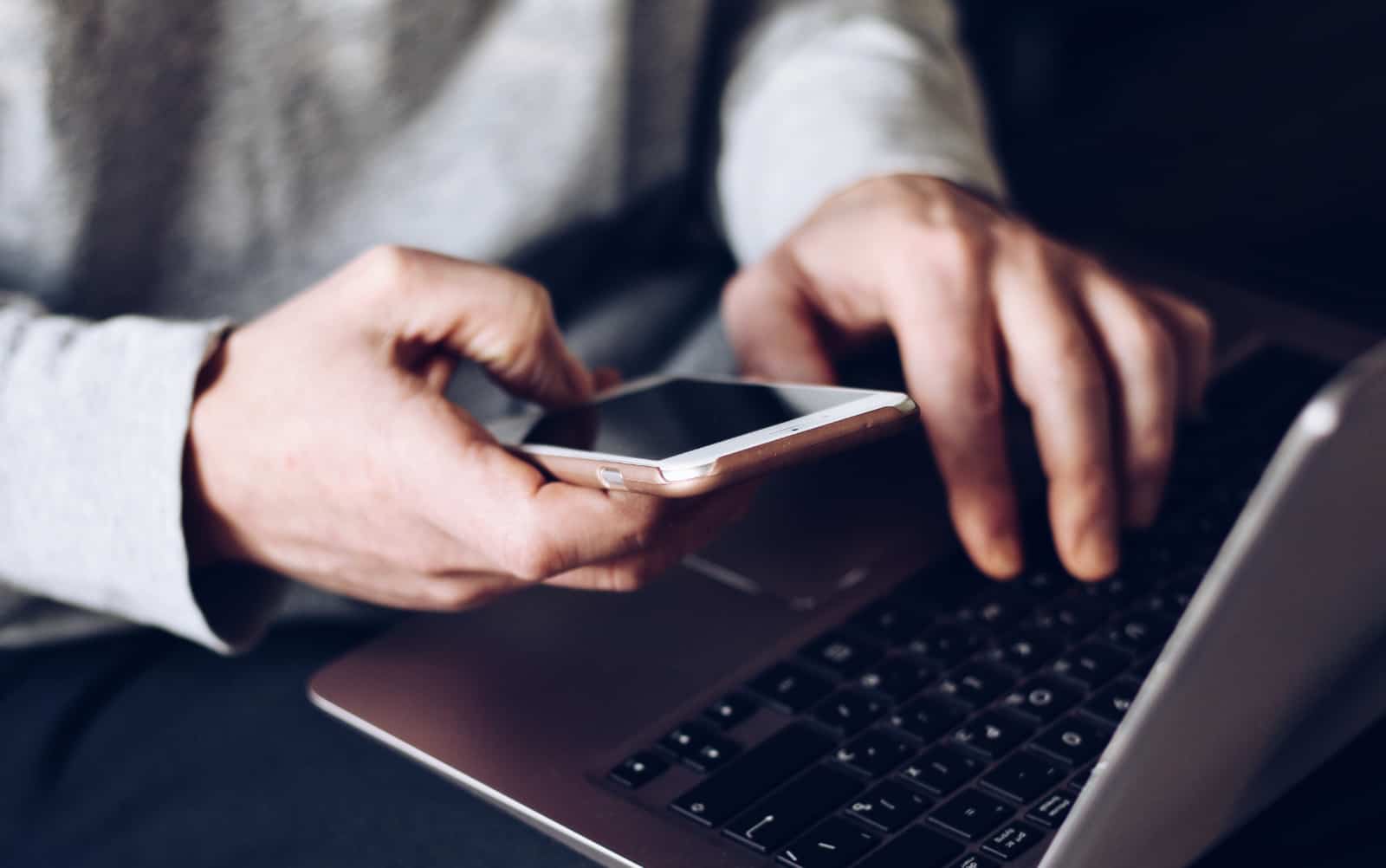 Phones are used for scams, too

“Why? Because unlike your bulky desktop or even your slick notebook, they fit perfectly in your pocket and are at arm’s length 24/7, even when you’re asleep,” he said.

“According to a recent Bitdefender Online Behaviors Survey, 77% of interviewed people use a mobile phone to access the Internet, and 50% of them use it as their main device. But that’s also a golden ticket for scammers.”

Simply put, your phone is the perfect vector for a scammer to go after, because it’s always connected to the web, you always check it, and it can do much of the same things as your desktop. And for many mobile users, it’s the main way to transact with services on the web, be it buying something online, sending email, social networking, or even reading sites like this one.

Platform differences aside, an iPhone or Android phone can do many of the same things as a Windows or Mac laptop or desktop, and beyond the screen sizes and control, they can be very, very similar. This article was written using an iPad, but it could have been written using a phone or a laptop.

Reading your email and clicking links is much the same whether you do it on a phone, tablet, or computer, and that you can get scammed on either. Phishing attempts designed to make you think you’re at PayPal or have a delivery waiting at Australia Post can look convincing on either desktop or mobile, and the sense of urgency scammers add to a message can help make the case, particularly when we’re not paying attention.

“Let’s face it, we’re not the most attentive people when we’re on our phones, especially when we’re also doing something else, like eating, or riding the bus. It’s painfully easy to click on the wrong link when you see it on a small screen, or to download the wrong attachment, or to login into a fake page, or to think your internet provider is going to cancel your contract if you don’t pay right now,” said Balan.

Unfortunately, time at home during the pandemic only made things worse, it seems, and everything became a target.

Both phones and computers are susceptible to scams

It doesn’t really matter if you rely on one over the other, because if you use the internet, you’re likely being targeted. It’s not so much that you’re using a phone or a computer, but rather that you’re a citizen of the internet, making you a possible victim scammers and criminals can go after.

It’s happening everywhere and everyone is at risk.

“Since early 2020, our sensors picked up a spike in scams, phishing, and malware across all platforms,” said Balan.

“Android threats increased 32% in the second half of the year. Scammers started preying on scared people, vulnerable people. They started bombarding e-mails with miracle cures, urgent donations and the latest COVID news,” he said.

“They weaponised apps like Zoom, and tricked people into installing malware and ransomware. As soon as the restrictions were briefly lifted there was a rise in travel scams, dating scams and of course the old Nigerian Prince scam.”

By the beginning of November this year when Scam Awareness Week 2021 kicked off, the ACCC’s Scamwatch tracking project had found nearly $250 million dollars was lost by Australians in reported scams, with some going unreported, leaving the tally likely to be much, much higher.

It all leads to an alarming situation where it doesn’t really matter what you’re using, you can be targeted on either. Phone, computer, and other devices are at risk, which makes the education behind scams crucially important, as is the conversation, encouraging everyone to talk about it so that we’re always potentially ahead of the scammers.