Not everything is worded in a way to get you to click. Some messages are about fear. How do you tell the difference?

There are several types of scams out there, ranging from messages to get you to hand over your social media account details to messages meant to convince you to give up your bank account details, but as similar as these can be, they’re typically not angry in their tone. Hopeful and potentially demanding, scam messages want you to click on them, and to avoid checking out the email addresses they come from, because that can ruin their approach entirely and is clearly something you should do.

But some scams can come across threatening, and some threatening emails aren’t even scams, so how do you tell the difference between a threat and a scam? And if you are threatened over email or phone, what should you do?

Threats aren’t typically scams, because scammers want to give you a reason to click. Accepting a package, thwarting would-be hackers from breaking into your account, and being given money are all pretty standard approaches for scams, and imitating government websites, banks, lenders, and social media companies typically mean the language has to be fairly neutral and look properly professional, so threats aren’t part of the game.

But some criminals may use threats if they’re trying to force your hand, because understandably, fear can be a pretty serious driver to making you do things.

However it’s worth noting the differences are there, and it’s not just about the language, but the intent of what the message hopes to gain. While threats can be about gain, they tend to be different from the immediate type of gain a scammer is looking for. Both are criminals, but for different reasons.

“Threats and scams can often be intertwined, but the key difference is around the danger that they present to the person on the receiving end,” said Tim Falinski, Managing Director of Trend Micro in the Asia Pacific region.

“While scams attempt to trick people into handing over their personal information or money without creating a sense of danger, threats are often much more aggressive and targeted, making people feel unsafe by using intimidation tactics to pressure them into paying up. They often contain ultimatums of being arrested, threatened legal action or physical harm if the receiver doesn’t cooperate,” he said.

“Additionally, ransomware scams use the threat of not giving people back their data, or using their data in a malicious way if they don’t pay the ransom.”

While scam messages won’t typically start with a threat, they can also evolve into something threatening, particularly if a criminal intends to push that aggressive tone into something further.

It’s something McAfee’s Cybermum and Online Consumer Safety Advocate Alex Merton-McCann mentioned to Pickr, highlighting that while scammers typically target the vulnerable for financial gain, there are times when criminals will attempt to frighten victim into a state that makes them easily persuaded.

“For example, scammers may pose as the tax office or police and claim that if you don’t immediately pay the money you owe on a parking ticket or tax debt you will be arrested or deported,” she said. “Others may infect your computer, usually through phishing, with ransomware that blocks access to your computer and demands you make a payment to regain control of the device.

“Where it gets particularly worrying is where scammers threaten the lives of consumers, particularly the most vulnerable such as the elderly, to make them hand over money and information.”

Finding out whether you’re being threatened or scammed is typically noted by reading the email, and making sure of it yourself. While you should always check an email address in an email you’re dubious of, if something seems less like a scam and a more legitimate message, so to speak, look for obvious links for you to click if it’s a scam, and threatening language if it’s a threat.

Messages can have both — scam and threat — and if you’re being threatened, there are things you can do.

What should you do if you’re being threatened?

Believe it or not, there are deranged idiots in this world who see it as their right to try to threaten people for gain. It might come down to emotional blackmail, an attempt at financial superiority, long-winded ego, or they just might not be the brightest — it could even be a mixture of all of them, plus a few other reasons we’ve not mentioned.

When you receive a threat, There are things you can do, though responding isn’t really one of them.

“If you receive an email or SMS that seems threatening or makes you feel unsafe, do not reply to the communication,” said Trend Micro’s Tim Falinski.

“While it can be tempting to respond to get more information or refuse to cooperate, this only gives the cybercriminal more ammunition to ramp up their intimidation tactics and lets them know they’ve gotten under your skin,” he said.

“It’s also important to alert official organisations about these threats and make sure you have photos or screenshots of the communication. This includes reporting them to the ACCC via ScamWatch, as well as contacting the police – especially if the threat puts you or your family in a potentially dangerous situation.”

Emails and messages may come through in a variety of ways, and you may not be able to use some of the same investigation methods used on scam messages, such as checking the email address field to find who sent them. While rare but not entirely unheard of, if someone is looking to be nefarious or suspect, they may use one of the few disposable and anonymous email services to deliver the message, making a threat look that much more aggressive.

It’s when these messages become more threatening that you may want to turn to someone to help out.

Simply put, threatening emails and messages have a place, and if you’re concerned about your safety, that place is typically an investigation by the police. Communications laws give police the ability to act in such circumstances, while filing a report provides something useful in case something happens: a paper trail.

Paper trails are important because they provide a history of what has happened, and a way for you to assert that you have done the right thing by allowing the police to investigate the threat for what it is, particularly if there’s a risk to your life or livelihood. In fact, that paper trail may end up being more than what the police file, with proof of how a criminal is or has been threatening you over platforms, something which can later prove useful for the police.

“If you receive a threat, whether that be over the phone or via SMS or email, first take a second to step back from the situation and think about how legitimate it may be,” said Alex Merton-McCann, Cybermum for McAfee and one of Australia’s Online Consumer Safety Advocates.

“Threats are designed to incite panic and immediate action, as the recipient is scared into wanting to resolve the issue as quickly as possible, which always involves sharing personal details or paying a sum.”

“Never respond to the messages, give away credit card information or click on links shared – taking these actions will only escalate this issue. And if you are ever concerned for your safety, always contact the police straight away,” she said. “Keeping a ‘paper trail’ such as screenshots of the messages you received or phone numbers that have contacted you can be super helpful for the authorities in getting to the bottom of the threat or scam.” 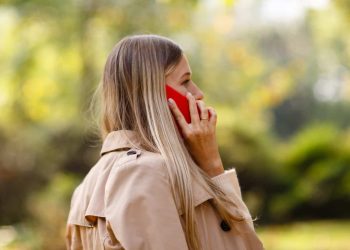