We live in a wireless world, but that wireless connectivity doesn’t always reach us where we want it and not always at the fastest speeds. Fortunately a new WiFi tech is coming, and it could help with both of those issues.

It’s 2016, and by now most of us have wireless routers in the home, with these devices that sometimes do the jobs of a modem, too, offering wireless connectivity for the gamut of technological products we all own.

Our wireless router tends to sit at focal point in the home, and one might say the dead centre, streaming out network connectivity and access to the internet by way of radio waves, telling your phone, your tablet, your computer and TV and video game system just where to go when it comes time to wirelessly connect them to the world wide web.

Every few years, you probably even upgrade this device, spending a little bit of money to make sure wireless connectivity reaches more parts of your home at a faster rate, because the more devices you have connecting to a router, the slower it tends to get.

These may seem like just a bunch of numbers and letters, but each has been a development on the wireless standards that have continued to be pushed out by the certification body on wireless standard, the Institute of Electrical and Electronics Engineers, or “IEEE”.

Arguably the most successful of these to date and the one that stood the longest was “802.11n”, which since around 2008-2009 has made up the bulk of the routers out in the market, though this has gradually been eroded by 802.11ac, a faster standard that offers much more speed across 802.11n’s two antenna bands, 2.4GHz and 5GHz.

Think of 802.11ac as the more impactful version of 802.11n, able to really start making a difference with faster wireless streams that hit into the Gigabit speeds of beyond 1000Mbps, and not just max out before it. Another technology — Multi-User Multiple-In Multiple-Out or “MU-MIMO” — was also brought into this standard, supporting even more devices at these fast speeds provided this was included on the wireless router.

And that’s roughly where we are today, though more wireless technologies are being worked on, and 802.11ac is just the beginning, with 802.11ad set to be an addition to the standard.

Not necessarily a replacement, 802.11ad adds a different spectrum for a router to work with, tapping into the 60GHz spectrum while communicating at a maximum faster speed of three times higher than that of 802.11ac at 7Gbps (802.11ac tends to max out at around 3Gbps in Wave 2).

With 802.11ad working across a different spectrum, it’s not technically a replacement as such, and isn’t helped by the fact that not many products use it yet. Netgear, for instance, told us that at least one product by Acer and at least one by Asus support it, while we’ve heard of a router from TP Link scoring the standard first, with Netgear now following, one of the first to arrive in Australia.

Wikipedia also adds that the “60 GHz signal cannot typically penetrate walls but can propagate off reflections from walls, ceilings, floors, and objects using beamforming”, which means 802.11ad won’t spread out in a large home, but could be useful if you’re trying to get the faster wireless connection to a nearby high-speed 802.11ad device.

Technically, it’s a faster version of WiFi made for shorter distances, but you have to have a supported 802.11ad device to make use of these super high speeds.

Without the support for 802.11ad, the router will just switch back to an 802.11ac WiFi connection, which is quite fast too, but just not as fast.

And if you thought you were done with upgrades, the successor to 802.11ac is 802.11ax, and is presently in development and being tested, with the idea not just involving higher speeds, but a wider dispersion, with this technology expected some time in 2019 to 2020, so you have some time. 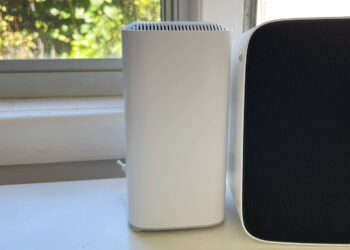