Not a fan of when things are in black and white only? Xbox’s latest local launch can let you splash colour on your controllers the way you want to.

You can get a little more creative with your video gaming experience lately it seems, provided you’re happy to spend for the privilege.

While special editions seem to be a thing of regularity for consoles, some of which are only available by entering competitions for, Microsoft’s Xbox may have an approach which could bring anyone’s design focuses into view, provided they have a need for an Xbox controller.

It’s something Australia is seeing alongside ten other countries, including New Zealand, Japan, Korea, and Singapore, as Microsoft throws open the doors to more countries to its “Xbox Design Lab”, a website to let you customise the colours of how you control an Xbox Series X, Xbox Series S, a classic Xbox One, or even Windows and Android, since the wireless controller is also compatible with those, as well.

This means you could also use an Xbox Design Lab controller with say the likes of the Xbox Cloud Gaming service, provided you have a Windows computer or Android phone to connect it to, though you might want to bring your own controller to phone clip from another brand, as Microsoft doesn’t include one of those.

In Australia, a Design Lab controller will cost at least $100, though some of the accents and flourishes you add may cost a little extra, with delivery set within a good month of when you make the order, plus a bunch of styles you can pick from as a starting point or to just run with yourself.

The service has switched online now, and works through a web browser, making it something you can do on pretty much any device you might be reading this article from, if you so choose. 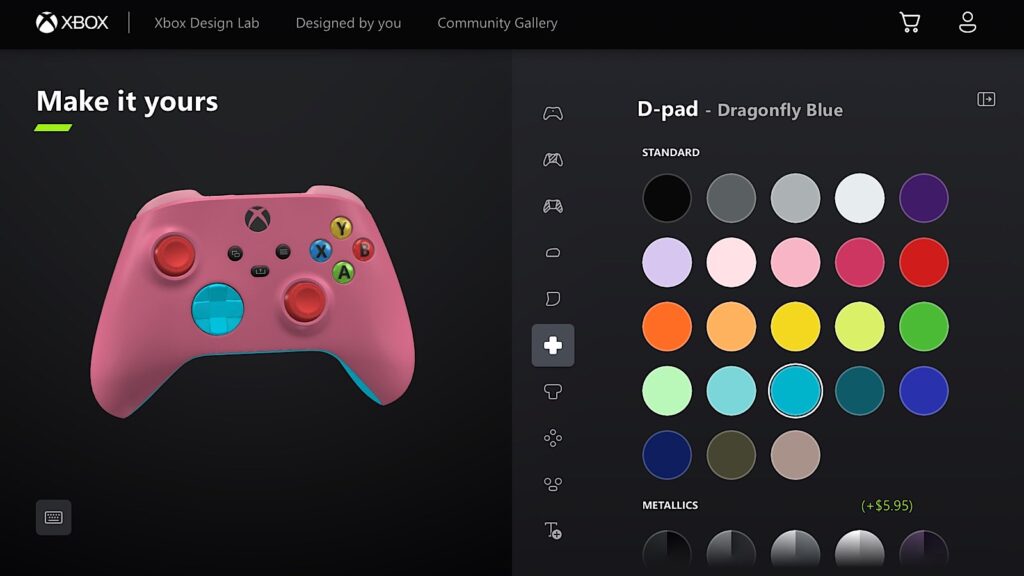