It wouldn’t be a WWDC without news about what’s coming to your iPhone, so what is coming to iPhones in iOS 16?

Every year, there’s a new generation of the iPhone, something that is hardly expected because hey, that’s life in a world of regularly updated technology.

But it’s not always just about the hardware, but also the software, and that software is important. It can make you feel like you have a new phone.

In this year’s update to the iPhone, iOS 16, that may very well be happening, as Apple fine tunes some features, adds some more, and most importantly gives you a semblance of control to more than just your home screen, but your lock screen as well. 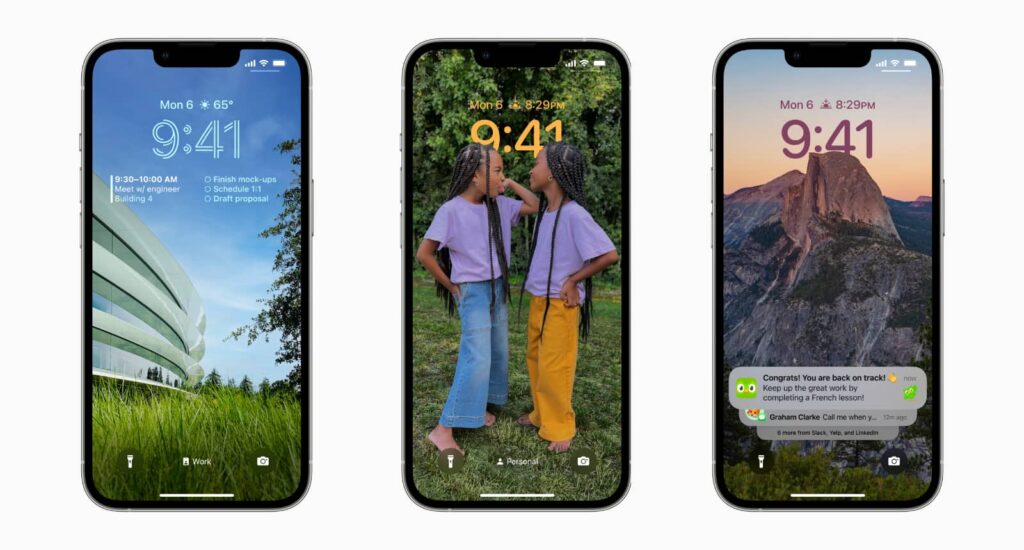 One of those features Android users have had for ages, Apple is giving the concept a turn as it looks at lock screen and does the same thing it did with your home screen a few years ago.

Back when Apple refreshed iPhone app menus with widgets and the ability to remove all apps from it, moving those to a specific app menu, users found they could all of a sudden control the layout beyond the more basic several icons in a grid. With the lock screen update on the way in iOS 16, that will be possible, too.

Apple will offer widgets and custom lock screen designs, allowing the clock to be placed with a multilayered approach as iOS 16 detects the foreground and background in images where there’s an obvious sense of separation between the two, and even when the image isn’t a portrait image, as those are shot primarily in that style.

Photos of your friends and family aren’t the only options here, with a weather wallpaper showing live weather conditions and an astronomy wallpaper to show views of space, almost like Android live wallpapers that might cost a little extra to download.

You’ll be able to change the type of the clock and add different widgets, similar to what might be on an Apple Watch (even if you don’t have one), and there will be easy ways to tweak those.

Interestingly, Apple is also tying its lock screen designs to the focus modes you might use, so if you go to sleep and switch on the “Sleep” focus mode, the lock screen and its design can change for that, likewise for “Do Not Disturb”, or any other focus mode you have on an iPhone.

Focus mode is also going to work with other apps in iOS 16, allowing you to filter mail or messages based on the people your focus mode regards as important, with Calendar and Safari also relating to what people are focusing on. If that means you always want to hear from your partner while “Do Not Disturb” is switched on, it means only their mail and messages will show up when they’re added.

Apple’s Focus mode and new lock screen won’t be the only updates either.

The default Mail app on iOS 16 can now schedule emails, and can remind you to follow an email up, similar to what Gmail uses, and you can even cancel a send before it goes out if you accidentally say something you wished you hadn’t. We’ve all been there.

You can also recall messages sent on the Messages app, but only to other iOS users, with edits to messages available in the first 15 minutes of sending. Later on, you’ll be able to use SharePlay with Messages, as well, sharing synchronised media like movies and music inside Messages to other iOS users. We suspect Android users won’t see the invite, or may see a message telling them they can only view it on an iPhone or iPad. 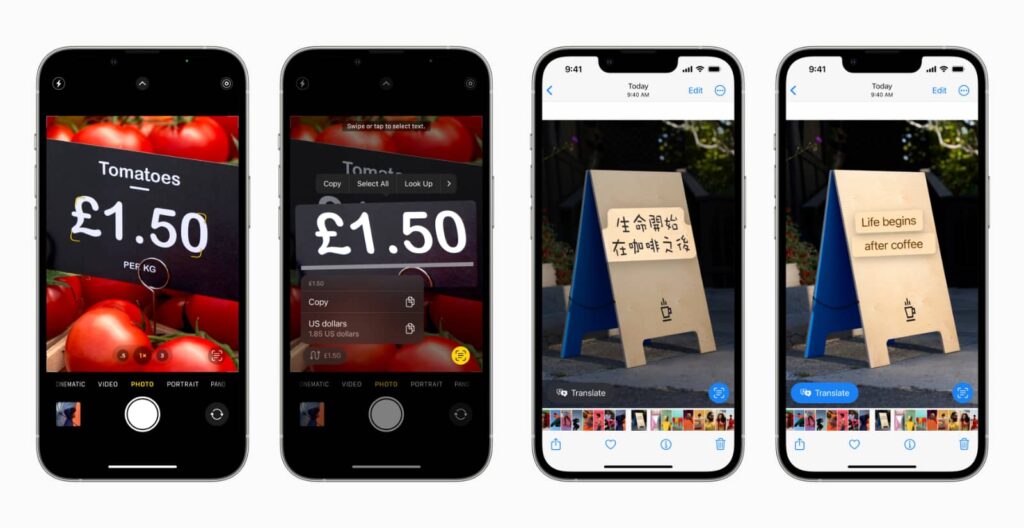 There also updates to Apple’s photo-to-text conversion technology, Live Text, which can recognise text in video when videos are paused. Basically, if you’re watching a video with foreign text overlayed, you can pause the video and press both the text scan and then the translate button, and it will translate that frame of text.

Photos also sees changes, with support for an iCloud Shared Photo Library, basically letting you and the rest of the family contribute to a library of photos, either through the camera or via Photos itself. That might be handy if you have a family holiday photo library, as everyone in a family iCloud account can sync their photos to the one place.

And there will be a bunch more things, including:

Interestingly, Spatial Audio gets an update on iOS 16, supporting a personalised setting that will use the front-facing TrueDepth camera normally used for Face ID to develop a Spatial Audio setting made for that user. That update will very likely only work with Apple’s head-tracked headphones, such as the AirPods 3, AirPods Pro, AirPods Max, and Beats Fit Pro, but we’ll give it a test and find out for sure.

iOS 16 won’t be coming to every device

While some of what iOS 16 is delivering is quite exciting, some iPhone users won’t get to experience it.

With the update to iOS 16, the iPhone 8 is now the cut-off, though that does send a slight message as to what will end up being the cut off next year.

Folks who want to try these features will likely have one of two options: wait until they’re released likely in September, or live dangerously with a beta.

Developers can find the iOS 16 beta now at Apple’s Developer Program, while a public beta will go live in July to all iOS users keen to live on the edge.